Accessibility links
Today's Heroin Addict Is Young, White And Suburban : Shots - Health News Heroin became notorious in the 1960s as an urban drug of abuse, but its resurgence is fueled by young people in rural and suburban areas, a study finds. Most first used prescription opioids. 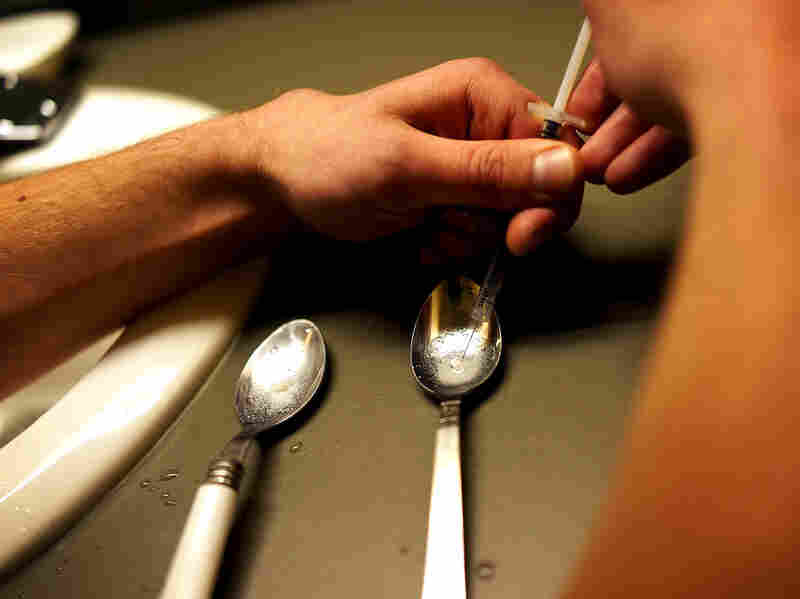 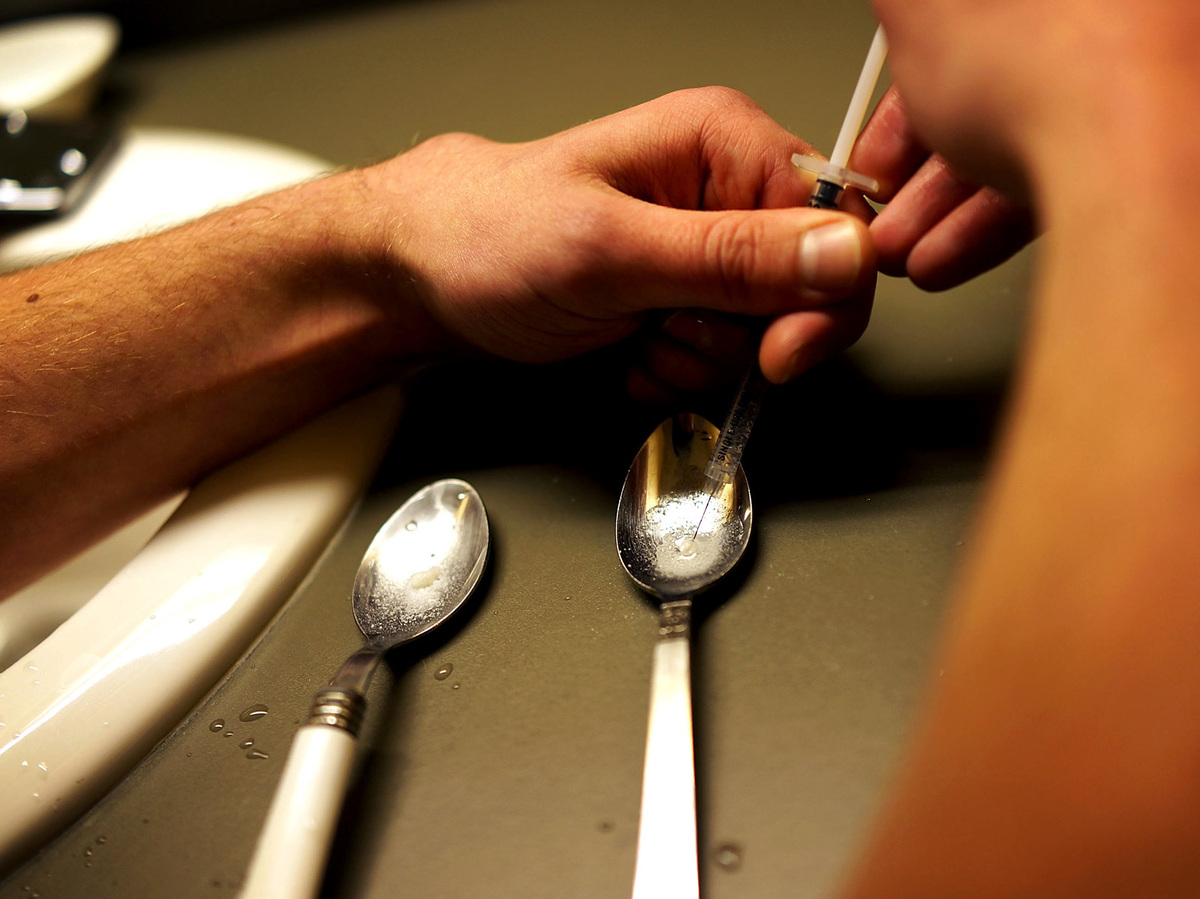 A heroin user in St. Johnsbury, Vt., prepares to shoot up.

Heroin was once the scourge of the urban poor, but today the typical user is a young, white suburbanite, a study finds. And the path to addiction usually starts with prescription painkillers.

A survey of 9,000 patients at treatment centers around the country found that 90 percent of heroin users were white men and women. Most were relatively young — their average age was 23. And three-quarters said they first started not with heroin but with prescription opioids like OxyContin.

In contrast, when heroin first became popular in the '60s and '70s, most users were young minority men who lived in cities. "Heroin is not an inner-city problem anymore," says Dr. Theodore Cicero, a psychiatrist at Washington University School of Medicine in St. Louis who led the study.

The results of the study, which were published Wednesday in the journal JAMA Psychiatry, square with earlier findings that heroin abuse is both growing and spreading beyond urban centers.

Earlier this year, a particularly potent batch of heroin circulating in Pennsylvania brought a string of overdose deaths. Vermont Gov. Peter Shumlin has declared that his state is in the midst of a heroin crisis. And in Rhode Island, state health officials have asked police chiefs to give their officers Narcan and naloxone — antidotes that can reverse the effects of an overdose.

Spike In Heroin Use Can Be Traced To Prescription Pads

Prescription opioids remain among the most popular drugs of abuse. But heroin users interviewed for this study said they turned to heroin because it was cheaper and easier to get than the prescription pills. An OxyContin pill can cost $80 on the street, Cicero says, while a hit of heroin is just $10.

Heroin gives users the same sort of high as any prescription opioid, Cicero says, but its strength varies. "The heroin you get on the street is unknown, it's uncertain," he says. "Users don't really have any idea what dose to take."

Better mental health treatment for those at risk of addiction should be a public health priority, Cicero says. And doctors should think twice about pain medicines. "There needs to be a little more stepping back before prescribing an opioid," he says.