Accessibility links
A Cholera Vaccine Halts New Cases In A Guinea Epidemic : Shots - Health News The study is the first to test an oral vaccine in the middle of an outbreak — in Guinea in 2012. And it offered a remarkable degree of protection against this deadly disease. 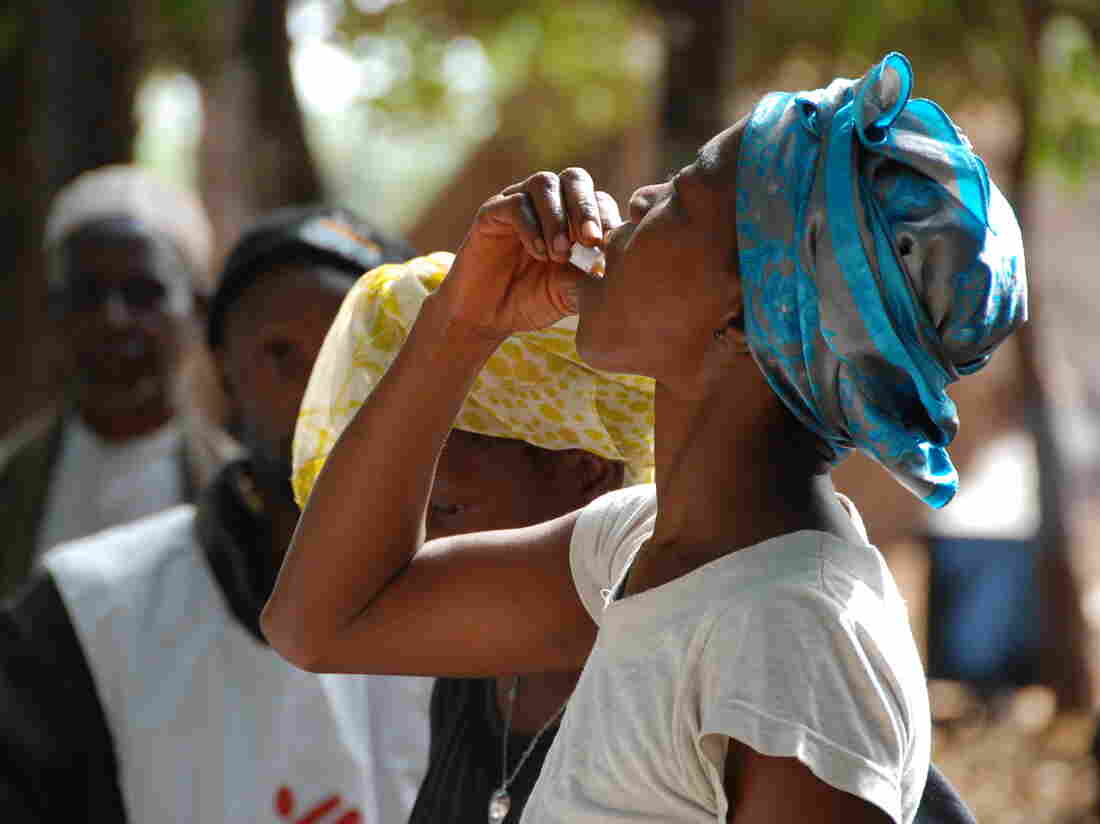 A woman in Guinea takes her first dose of the two-stage vaccine Shanchol during the country's 2012 epidemic. David Di Lorenzo/Courtesy of MSF hide caption 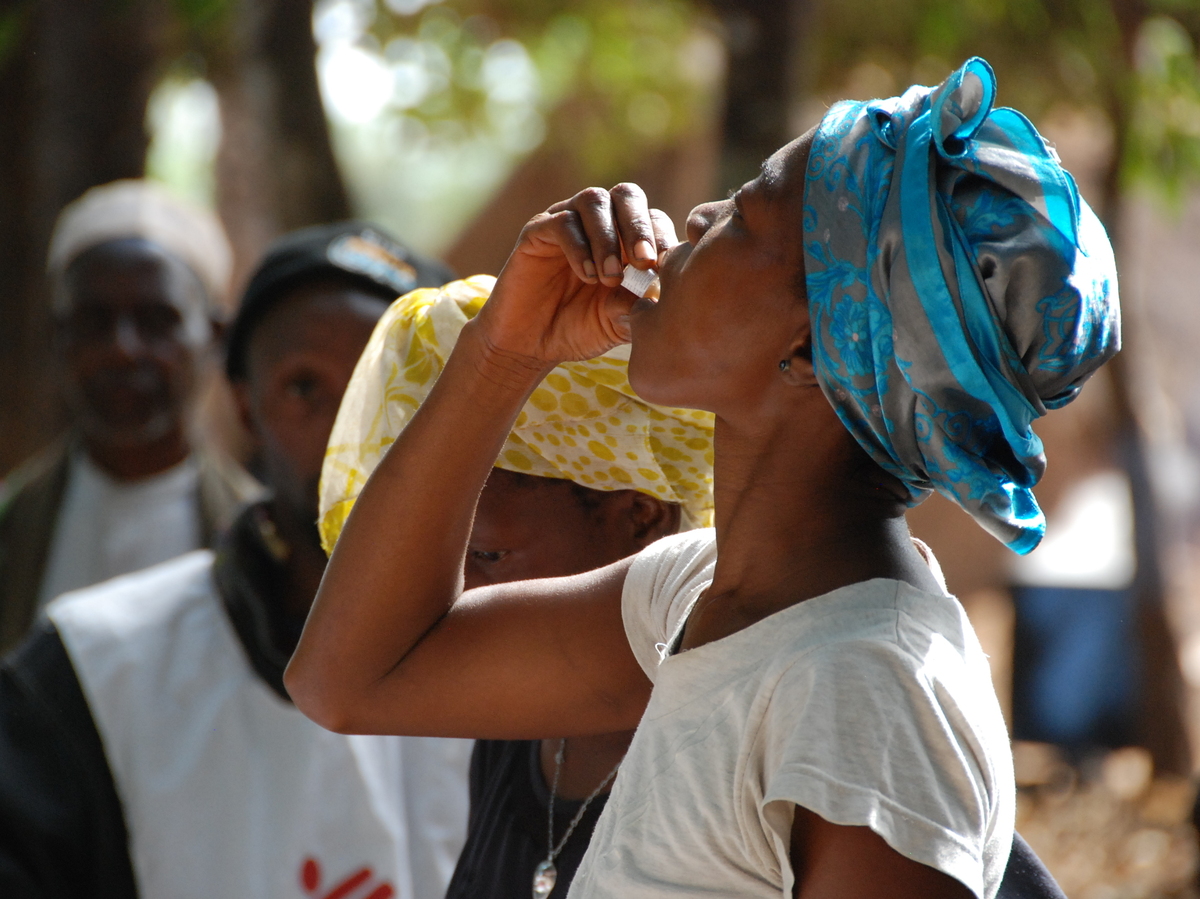 A woman in Guinea takes her first dose of the two-stage vaccine Shanchol during the country's 2012 epidemic.

There's new evidence that an oral cholera vaccine might help stop an epidemic in its tracks.

That's the encouraging message from a study that tested a two-dose vaccine during a 2012 outbreak in Guinea. The virus was 86 percent effective in preventing immediate infection of a scourge that afflicts up to five million people a year and kills around 120,000.

Earlier studies looked at the protectiveness of oral cholera vaccines over a two-to-five year span. This is the first time a vaccine has been tested as a way to stop transmission in the short-term.

The study used Shanchol, which costs $1.85 a dose, making it the cheapest of three oral cholera vaccines on the market.

It's a daunting task to deliver two doses of a vaccine in the space of two weeks in the midst of a public health emergency. But that's what health care workers did: More than 300,000 doses were administered in the 2012 outbreak.

The study, in this week's New England Journal of Medicine, examined the outcome in two coastal territories where the outbreak was most severe and cholera victims are often too far from clinics that could offer timely care.

Researchers compared the number of cholera cases in a group of 40 people who got two doses of Shanchol and 160 who did not receive the vaccine.

The number of participants would have been bigger, one author says, if the vaccine hadn't been so effective.

"The best proof is that in areas where people were vaccinated, there were no ongoing cases of cholera after vaccination," Rebecca Grais told Shots.

Grais is with Epicentre, the research arm of Doctors Without Borders, which funded the study along with the Guinean Ministry of Health. She said that as part of the study, local people received clean water and sanitation and cholera victims were treated.

"I hope this will dispel some of the myths about the use of oral cholera vaccine so it can be included in the arsenal of responses to outbreaks," Grais says.

Those myths, she says, include the concern that vaccination in the midst of an epidemic will detract from other tried-and-true responses such as clean water, sanitation and treatment; and the worry that the vaccine wouldn't protect fast enough to make a difference.

In particular, Grais hopes the study will accelerate plans by the World Health Organization to mount an emergency cholera vaccination project in South Sudan, where nearly 140,000 people are living in temporary displaced-persons camps in unsanitary conditions.

Why Cholera Persists In Haiti Despite An Abundance Of Aid March 21, 2014

The study was too small, however, to answer another important question: How effective is a single dose of vaccine in place of two? More research is also needed on the vaccine's safety and effectiveness for pregnant women and children under 12 months old.

Meanwhile, efforts are increasing to make cholera vaccination a real option for stricken countries. The WHO recently established a stockpile of the vaccine that contains two million doses, and the Global Alliance for Vaccine and Immunization has pledged 20 million doses over the next five years.

But "the world will need millions more doses," say Drs. Jean William Pape and Vanessa Rouzier, two Haitian physicians who authored a commentary on "the shifting response to cholera" that accompanies the new study.