Accessibility links
No Hunch Here: Richard III Suffered From Scoliosis Instead : Shots - Health News Shakespeare described the 15th century British king as "deformed, unfinish'd," and a hunchback. A 3-D model of his spine reveals that Richard had developed severe curvature of the spine as a teen.

No Hunch Here: Richard III Suffered From Scoliosis Instead

No Hunch Here: Richard III Suffered From Scoliosis Instead 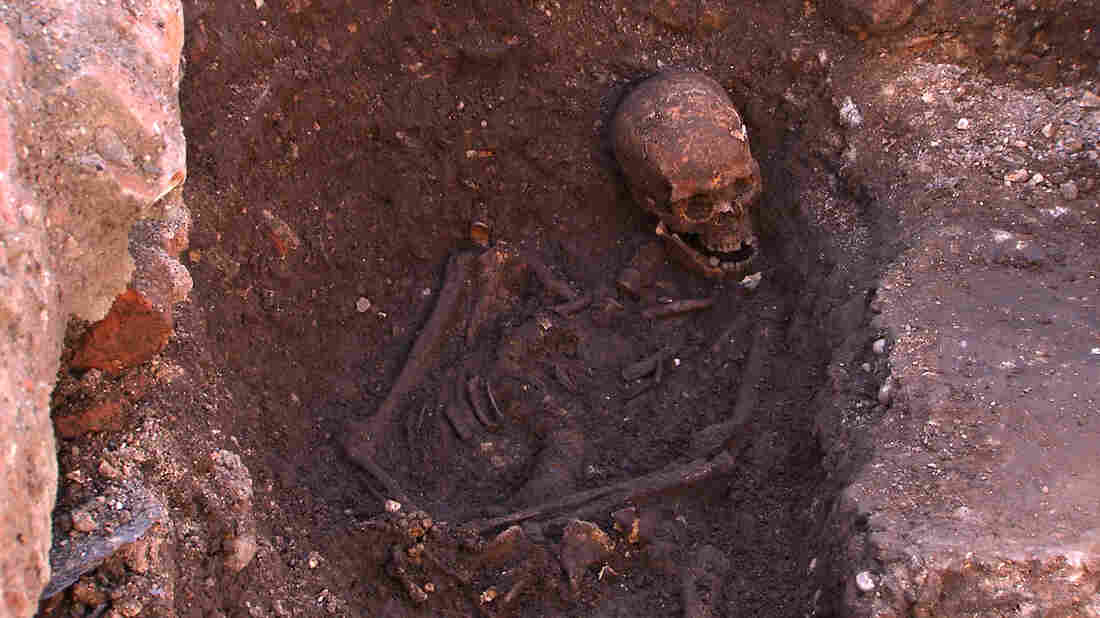 The remains of King Richard III, found in an archaeological dig in Leicester, England, revealed a twisted spine. University of Leicester hide caption 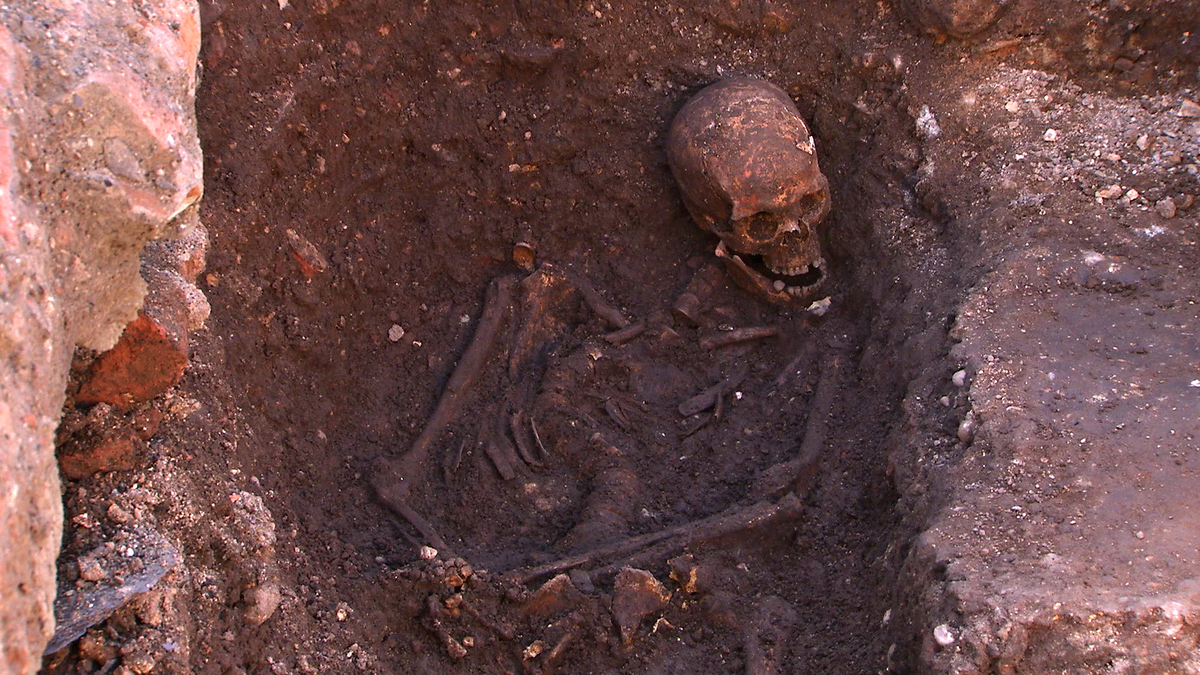 The remains of King Richard III, found in an archaeological dig in Leicester, England, revealed a twisted spine.

Shakespeare calls Richard III "rudely stamp'd," with the king's "hunchbacked" form revealing the twisted soul within. Actors have reveled in playing the monarch as a limping, deformed creature with a withered arm.

But when the bones of the 15th century king were unearthed from beneath a British parking lot in 2012, the skeleton showed no evidence of a hunch. Instead, the vertebrae lay in a curve suggesting that Richard might have had scoliosis.

That spine could have been twisted by lying for hundreds of years in the earth, too.

To make a diagnosis, researchers at the University of Leicester used a 3-D printer to build a polymer model of the king's spine based on CT scans of the skeleton. It reveals how he would have stood while alive.

The model shows that Richard had severe scoliosis, with his spine curving sharply to the right. This would have made his right shoulder higher than his left, and his torso shorter relative to his arms and legs. And there was a spiral twist to the spine, too.

But the king would have been able to carry his head and neck straight, so the scoliosis wouldn't have been obvious to most people, especially if "a good tailor and custom-made armour could have minimized the visual impact," the researchers write. Being King of England, he no doubt had access to the best.

The results are being published Friday in the journal The Lancet. 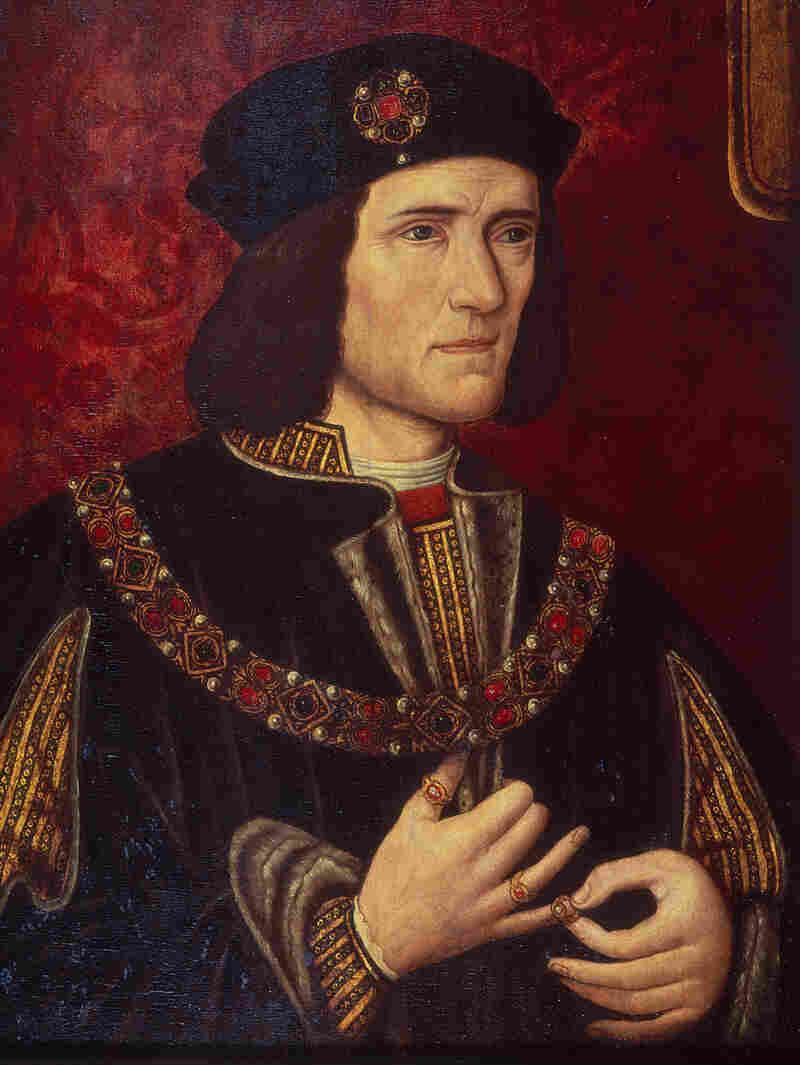 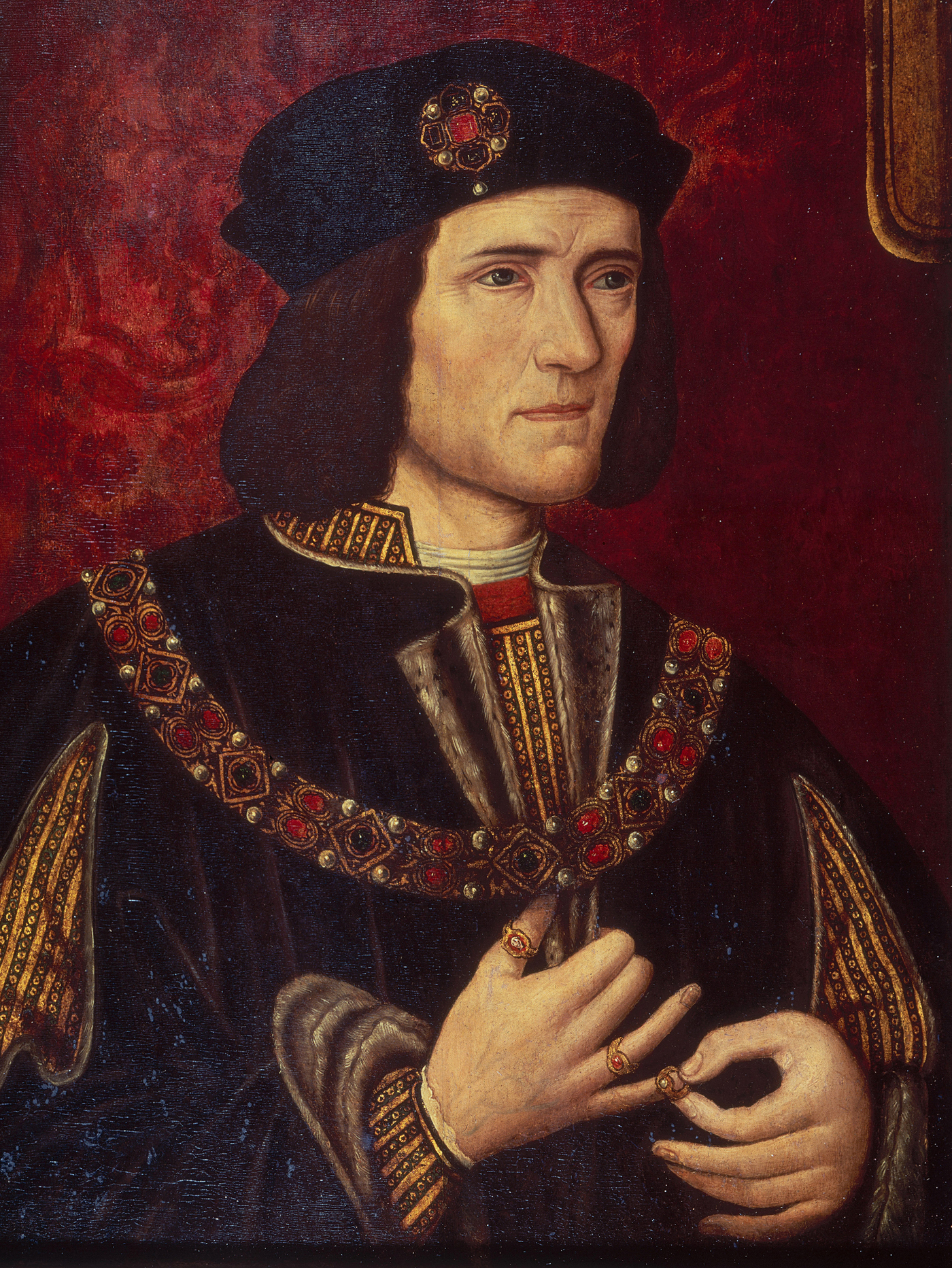 And the anatomy of Richard's leg and hip bones look normal, the researchers say, suggesting there was no limp. So sorry, Laurence Olivier. The hunchback king may have made for great theater, but he isn't supported by anatomy.

In addition, the 70- to 90-degree curve of Richard's spine wouldn't have impaired his lung capacity, which squares with his reputation as a warrior. He is said to have fought bravely at the Battle of Bosworth Field against the Tudors in 1485, where he was killed.

Historians have suspected that the descriptions of Richard as a hunchback were propaganda fomented by his Tudor rivals. This work suggests they may well be right.

Earlier this month, a British court ruled that the king's remains can be buried in Leicester Cathedral, near where he died in battle and near where his bones were unearthed. Descendants of Richard had sought to have the bones interred in York, Richard's ancestral home.