Accessibility links
Dengue Fever 101: How Serious Is This Disease? : Shots - Health News The odds are that a victim will recover. But the mosquito-borne virus can be incredibly painful. It's also a growing health concern around the globe and has even been spotted in the United States. 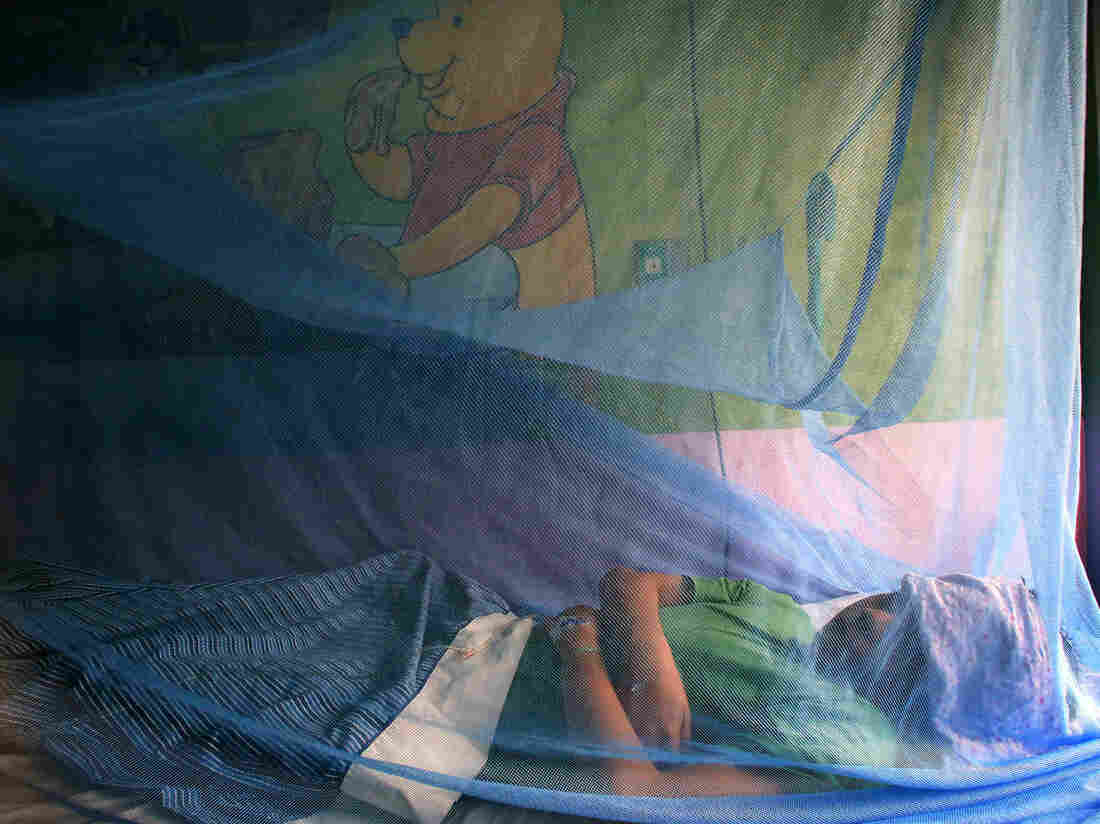 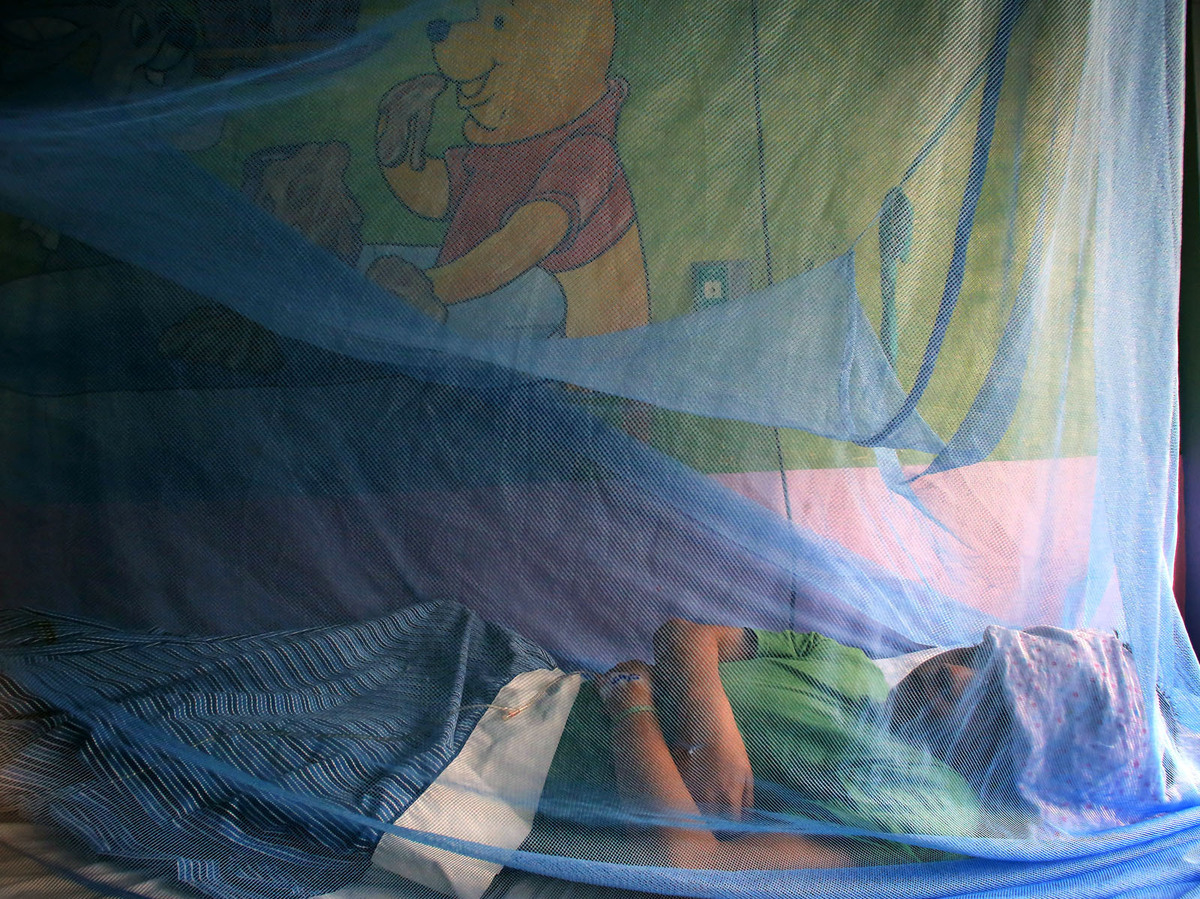 Kevin Flores, 11, remains under a mosquito net while being treated for dengue fever at La Mascota hospital in Managua, Nicaragua, last fall.

The painful disease has been around for centuries but began a dramatic upswing in the 1980s. In the Americas alone, the annual number of cases has boomed from 520,000 in 2003 to 2.3 million in 2013. With the World Cup coming up in mid-June, host country Brazil is frantically battling the mosquitoes that carry dengue (pronounced DENG-gey). Here's what we know about dengue fever.

What is it? A flu-like disease caused by any one of four closely related types of dengue viruses carried primarily by female Aedes aegypti mosquitoes, usually found in the tropics and subtropics. In the more northern regions, the disease is transmitted by the Aedes albopictus, which can withstand cooler temperatures. Humans can't infect each other — but they can infect mosquitoes, which pass the virus on both to their female offspring and to human bite victims.

Where is it? The infection is most prevalent in South and Central America, where the tropical weather is perfect for mosquitoes, and is a problem as well in Southeast Asia, Africa and the Western Pacific. Cases have also been reported in parts of Europe, Russia and even the U.S., in Florida and near the Mexican border.

What are the symptoms? About half of people infected are asymptomatic, according to the Centers for Disease Control and Prevention. The other half aren't so lucky. Four to 10 days after being bitten, they may experience fever up to 104 degrees along with severe headaches, joint and muscle pains and pain behind the eyes. It can feel as though your bones are breaking, hence dengue's alternative name, "breakbone fever."

How serious is it? Half a million patients are hospitalized each year, but most people recover after two to seven days. Some develop dengue hemorrhagic fever after the initial fever declines — a more severe form of the illness that can cause organ damage, severe bleeding, dehydration and even death. But with early treatment, the mortality rate for all dengue fever is currently fewer than 1 of 100 people.

Treatment and cure? Patients are given medication for their symptoms and told to drink lots of water. No cure yet, but researchers are testing vaccines.

Can you get it more than once? Once you survive your first dengue infection, you're immune to that particular type of virus — but not to the other three types. Many countries are home to all four types, and someone who is reinfected is more likely to develop extreme symptoms. To make matters worse, mosquitoes that carry dengue can also carry yellow fever and the chikungunya virus; one bite could pass on multiple infections.

What are the current numbers? The World Health Organization estimates 50 million to 100 million infections a year (although a 2013 study suggests the number may be as high as 400 million).

Why so high? Blame it, in part, on globalization. Mosquitoes can hide and breed in goods that are traded. An infected traveler can also spread the disease to mosquitoes in a new region. In cities where construction and the lack of piped water leads to standing pools of water, mosquitoes thrive. Researchers also believe the spike is partly the result of better surveillance.

How do we stop it? Efforts focus on spraying streets and neighborhoods with pesticides, genetically modifying mosquitoes and encouraging people to ward off mosquito bites with bug spray, nets and long-sleeved shirts and long pants.