Accessibility links
The GPS In Your Head May Work A Lot Better Than That Phone : Shots - Health News The human brain uses two different specialized regions to navigate, scientists say, with one charting a straight line to the destination, and the other figuring out the turns along the way. 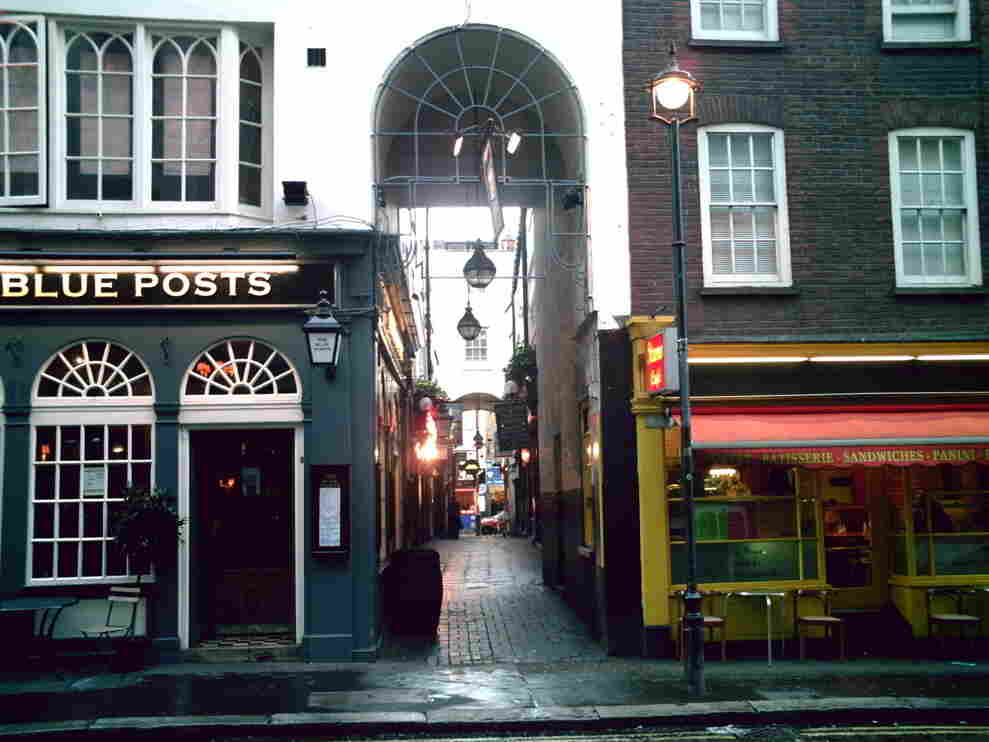 Which way do we turn here? A passageway in London's Soho neighborhood. ceajaegirl/Flickr hide caption 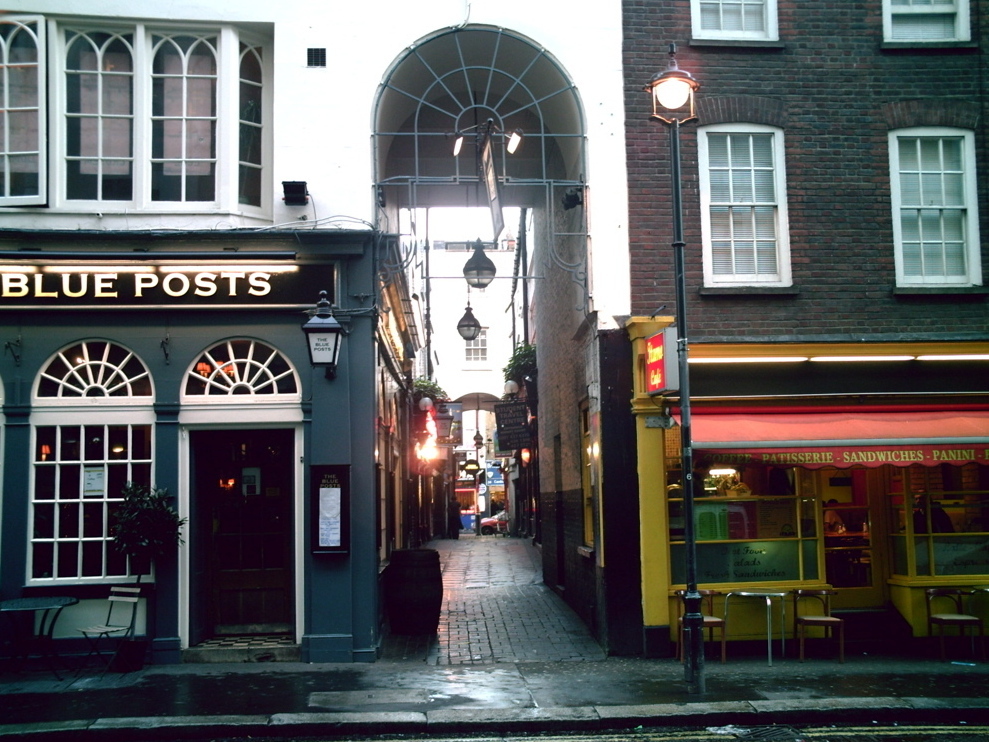 Which way do we turn here? A passageway in London's Soho neighborhood. 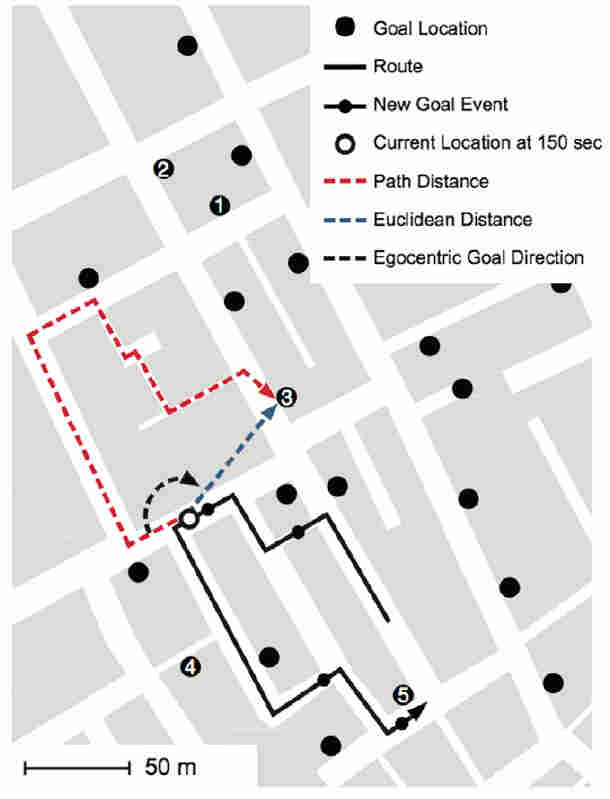 Study participants memorized maps of Soho the day before they were tested in an fMRI scanner. University College London hide caption 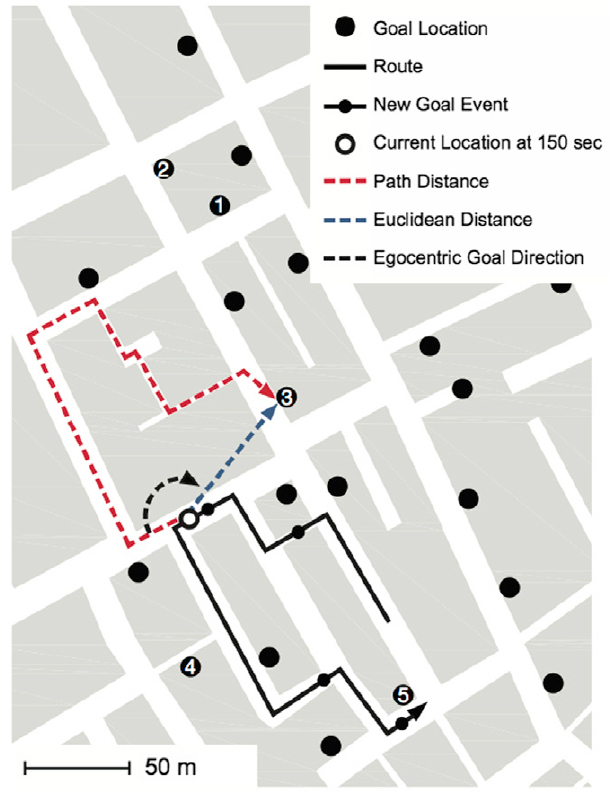 Study participants memorized maps of Soho the day before they were tested in an fMRI scanner.

If I tell you to make your way to NPR's headquarters from the NOMA Metro stop a few blocks away, odds are you'll get yourself here, no problem. But how?

By using two GPS systems in the brain, one that determines the direct distance to the destination, and another that calculates the twists and turns you'll need to take along the way.

Scientists have disagreed over whether the human brain calculates a route to a destination, or calculates a straight line "as the crow flies." Researchers at University College London say both of those methods are hard at work when humans navigate, but in very different ways.

To find out, the scientists asked volunteers to memorize maps of London's Soho neighborhood, with its twisty, narrow streets. Then they spent a day on foot in Soho, finding their way to shops, restaurants and pubs.

The next day, participants were put in an fMRI scanner, where they watched videos that navigated through Soho. In the first five videos, the volunteers had to decide where to turn to reach a shop or other destination. In the other five, they got to sit back, relax, and let the GPS do the driving.

They did a good job, choosing the correct turns more than three-quarters of the time. (People who admitted that they always got lost were excluded from the experiment.) But more interesting is how their brains did it.

When the people first had to figure out how to get to where they were going, they used a part of their brains called the entorhinal cortex. That was working when the people were thinking the equivalent of "NPR is southwest of the Metro stop."

Participants watched movies of walking through Soho, and had to decide where to turn to reach their destination. University College London hide caption

Participants watched movies of walking through Soho, and had to decide where to turn to reach their destination.

"It works out the straight line between you and your target," say Hugo Spiers, a lecturer in neuroscience at University College London, and senior author of the study. It was published Thursday in the journal Current Biology.

But during the journey, when people had to keep track of direction and make decisions at street corners, they used a part of the brain called the posterior hippocampus. "It doesn't care about the straight line where you're going, but the path to get there," Spiers told Shots.

Both parts of the brain are known to play a role in navigation and memory, but this experiment is perhaps the first to show how each specializes in a different aspect of navigation.

It's not known if something similar happens when you're traveling a route you know well, Spiers says. "The path may not need to be worked out because you know it." So my posterior hippocampus may be checked out when I walk to the Metro each evening.

And if you're fond of using the GPS when you drive, you might like to know that when the GPS switches on, your navigational brain switches off.

When the volunteers were in the relax-mode part of the experiment, their brains no longer tracked the route or decision points. "It turns off. It doesn't care," Spiers says. "Only when you're in charge and you're navigating is it working."

And yes, half the participants were female and half were male. And there was no significant difference between the sexes in their navigational skills.

The researchers picked Soho for this experiment because of its short, windy streets. But Spiers was charmed by the fact that because it's such an old neighborhood, many people have done this experiment inadvertently over the centuries. "The brain activity is the same challenge that would have faced a lot of famous people over the years. Karl Mark lived here; Samuel Johnson; the painter Francis Bacon. They all walked around these streets and knew them intimately."