Accessibility links
Doctors Don't Know What Women Want To Know About Birth Control : Shots - Health News Doctors tend to think it's most important to discuss how to use contraceptives and whether they're effective, a survey found. But women care more about safety and side effects. 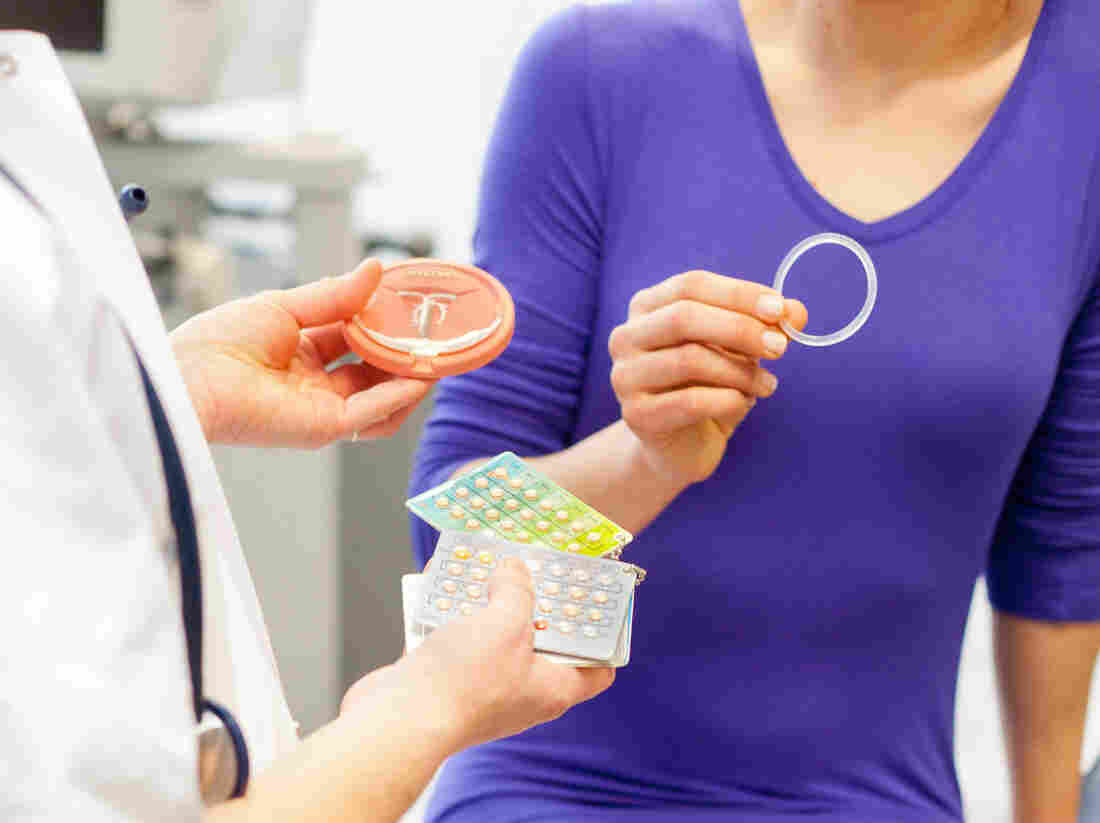 Women have choices in contraception, from pills and injections to intrauterine devices and the NuvaRing. But when women discuss birth control with their doctors, they may not be getting all the information they want, a survey finds.

Doctors tend to think it's most important to discuss how to use contraceptives and which methods are most effective at preventing pregnancy, according to the poll, which was published in the journal Contraception. Women, on the other hand, are often more concerned about safety, side effects and how the contraceptives work.

Researchers surveyed 417 women, aged 15 to 45, and 188 health care providers. The women were either using contraceptives or interested in using them. While 41 percent of them ranked questions about safety as one of their top three concerns, only 20 percent of the doctors thought discussing safety was a top priority. That may be because providers know that for a healthy woman, contraceptives are usually safer than pregnancy, the study says. But women may still worry about complications caused by hormonal birth control, like blood clots, though they are relatively rare. 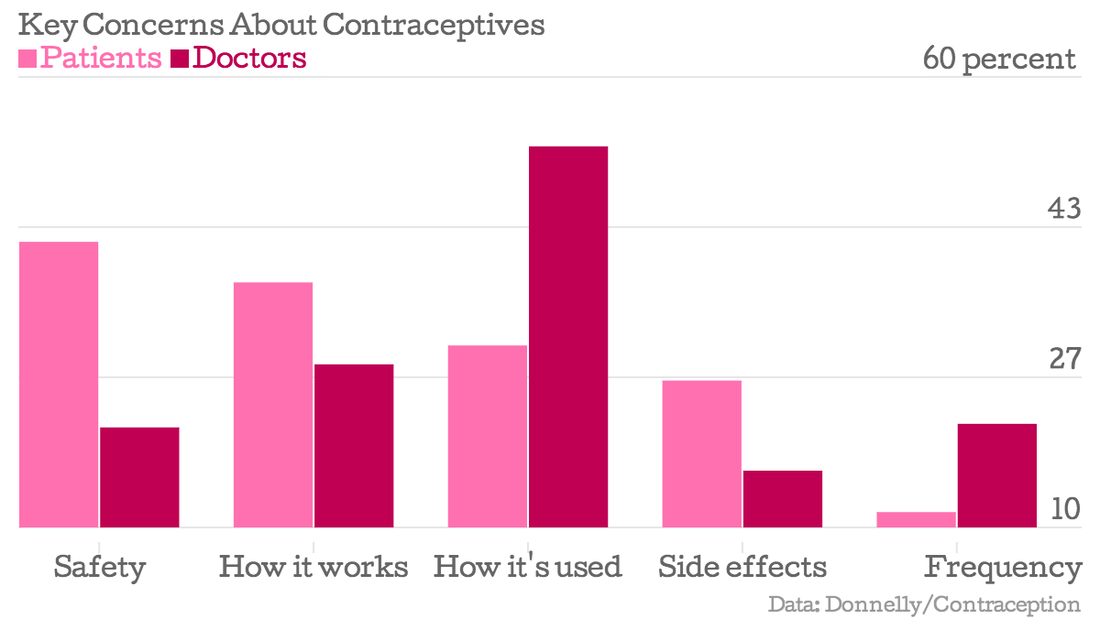 Numbers represent the percent of patients and doctors who ranked each issue in their top three concerns to discuss during consultations. Maanvi Singh/NPR hide caption

Those considering permanent contraceptive option may be worried about safety as well. Recently, the safety of Essure, a device that's permanently inserted into the fallopian tubes to block them, came under question when a number of women who used it complained about pain, hemorrhaging and headaches.

"The main takeaway is really that it's very important for providers to speak about what's most important to women," says Kyla Donnelly, a reproductive health researcher at the Dartmouth's Institute for Health Policy and Clinical Practice, who led the study.

Yet providers don't always know what what's most important to their patients, she tells Shots. "And doctors are increasingly having to manage very short consultation periods."

These results aren't the final word — the participants were mostly white, and they had to have Internet access in order to complete the survey. But it does show that doctors and patients aren't always on the same page.