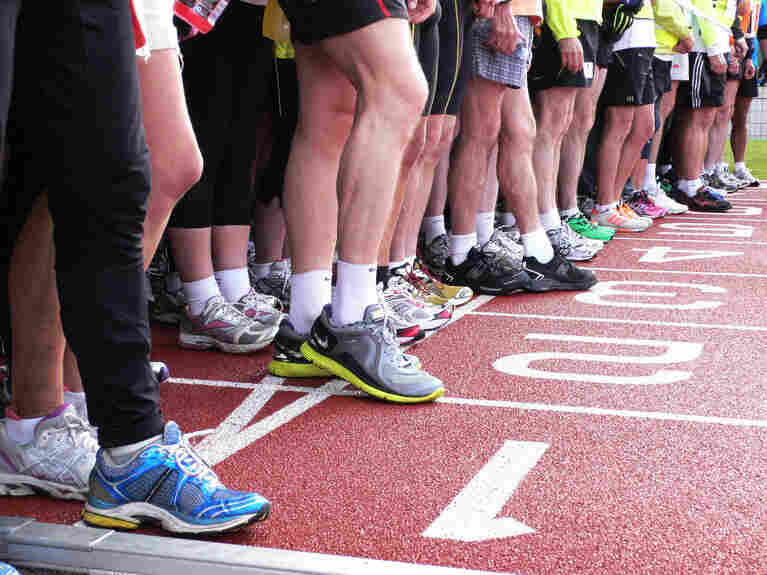 You don't need a starting line to avoid arthritis pain, researchers say. Just put on that pedometer when you get up in the morning. crunklygill/Flickr hide caption 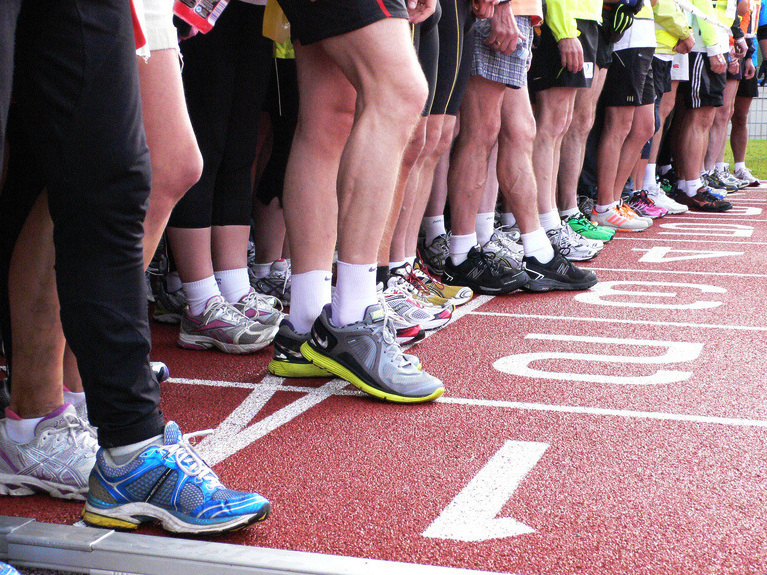 You don't need a starting line to avoid arthritis pain, researchers say. Just put on that pedometer when you get up in the morning.

Exercise is the easiest way to avoid or reduce the pain of knee arthritis, but most adults aren't getting enough. Six thousand steps a day will do it, researchers say, which is considerably less than the 10,000 steps a day often touted by wellness programs.

"There are really no standard recommendations on how far people need to walk," says Daniel White, a research assistant professor in physical therapy who led the study. "Do people really need to walk 10,000 steps a day? For people with arthritis, that could be a daunting task."

So White and his colleagues combed through data from a big observational study on people who have knee arthritis, or are at risk for it. Almost 2,000 people in the 60s had been fitted with accelerometers (laboratory-grade versions of a pedometer or a FitBit) for a week in 2009 to 2011, and again two years later.

People who walked 6,000 steps a day on average were less likely to have problems standing, walking and climbing stairs two years later, the researchers found. Each 1,000 steps added to a person's day reduced their risk of mobility loss by 16 to 18 percent. The study was published Thursday in the journal Arthritis Care & Research.

That translates to about an hour of walking daily, which can still be daunting if you interpret "walk" as "going to the mailbox once a day." But that includes every single step taken in the day, including walking from the kitchen to the bathroom. (In my house that's 30 steps round trip.) You might have to make a point of adding a bit more walking to your day, White told Shots, but it shouldn't be hard.

This study was observational; it didn't have a control group. But White notes that given the skimpy state of federal funding (this work was funded by the National Institutes of Health), it's probably the best we'll get for a while. Of course, walking also delivers lots of other benefits, including reducing the risk of heart disease, cancer and depression.

Even better news is that for people who haven't been active, people who walked 3,000 steps a day still made progress in avoiding functional limitations, White says. That would apply to the two-thirds of people with arthritis who walk less than 90 minutes a week.

And get a pedometer or one of the hipper versions, like a Nike Fuel or FitBit. "Everyone has a scale to measure their weight," White notes. "Why not have a pedometer to measure physical activity?"