Accessibility links
West Africa Is 'Overwhelmed' By Ebola : Shots - Health News The sheer number of places where Ebola is popping up — in Guinea, Sierra Leone and Liberia — puts a strain on medical workers. They're still trying to control the outbreak that began in February. 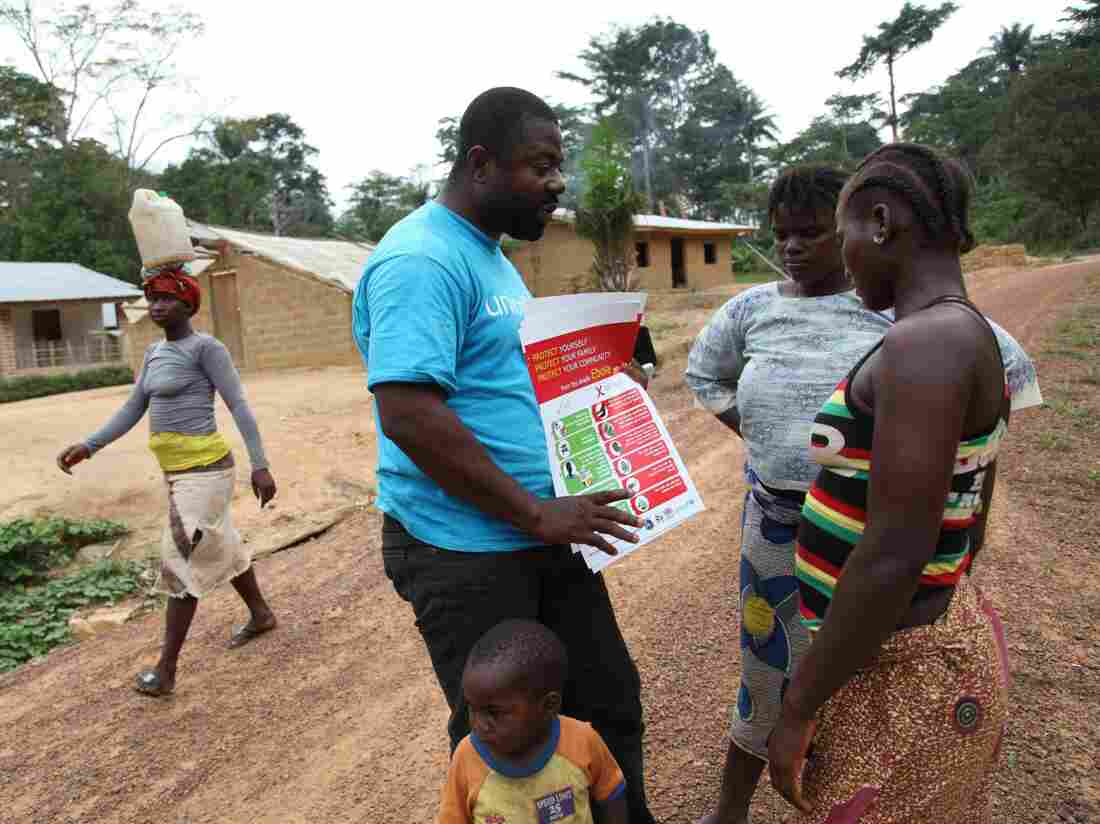 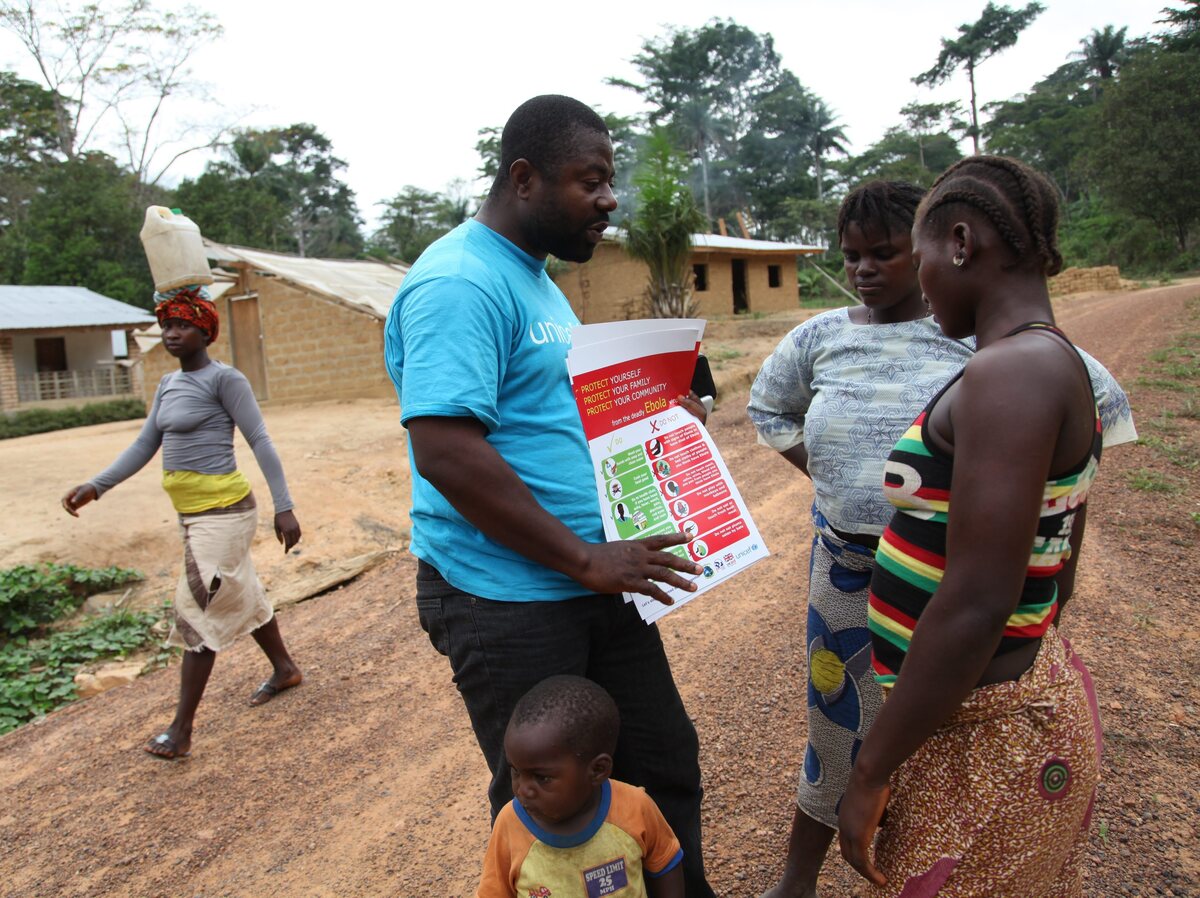 A UNICEF field worker talks to villagers in Liberia's Foya District about how to prevent Ebola disease.

People are hiding from health care workers. New cases are turning up in unexpected places. At funerals, family members don't always follow the advice not to touch the body of the deceased, which may still harbor the deadly virus.

These are a few of the signs that, in the words of public health specialist Armand Sprecher of Doctors Without Borders, the Ebola outbreak that began in West Africa in February is "not under control yet."

The first cases were in Guinea, but the virus has since spread to Sierra Leone and Liberia. The death toll has risen to 330, making this the deadliest Ebola outbreak since the disease was first detected in 1976. The staff of Doctors Without Borders is "overwhelmed" by the need to set up new isolation wards and track down people who may be infected, Sprecher told NPR's Jason Beaubien.

In past outbreaks, there have been what are called "satellite cases," where the disease appears in different locations. But "not nearly as many as we've seen in this outbreak," says Sprecher. That may be because people move around a lot in West Africa.

"More manpower would certainly help," Sprecher says. "We are spread thin." When a new case is reported, medical staff tries to visit everyone that person has had contact with. The villages that workers must go to may be many miles from each other. In addition, Doctors Without Borders has had to launch operations in two additional countries, building isolation units in Sierra Leone and Liberia as well as in new locations in Guinea.

But the health care workers don't use the word "isolation."

"It carries a negative connotation," Sprecher says. Family members care for each other in this part of the world. It's better to say that an Ebola patient will be taken to "a place where they can be cared for safely." A patient who is well enough may sit in a chair outside and chat with family and friends who are gathered outside a fence surrounding the treatment facility.

The reaction of locals makes it harder for medical workers to do their job. If someone is running a fever and has had previous contact with an Ebola victim, medical workers want to bring that individual to a "treatment unit" to be tested, Sprecher says. But people seek to conceal their illness because of the stigma of Ebola: "They don't want us to know; they don't want their neighbors to know."

So the person who has a fever will not step forward. Even when a medical worker knocks on the door trying to find anyone who's had contact with an Ebola victim, "people hide."

Previous Ebola outbreaks have been controlled with a matter of weeks or months. That's partly because victims die so quickly, sometimes just days after the virus sets in. And when the outbreak is confined to a relatively small area, quarantines are easier to enforce.

This time around, says Sprecher, the fear is that the outbreak will become "a regional health issue" that will not go away.