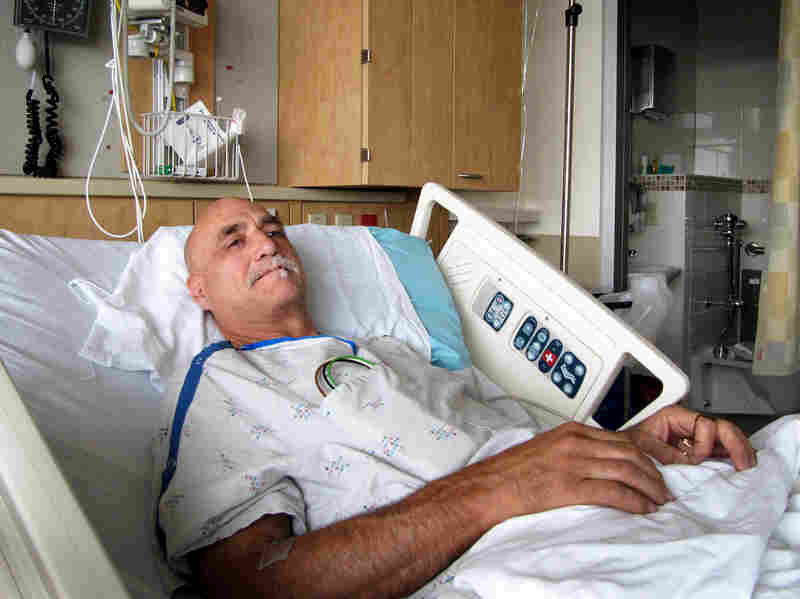 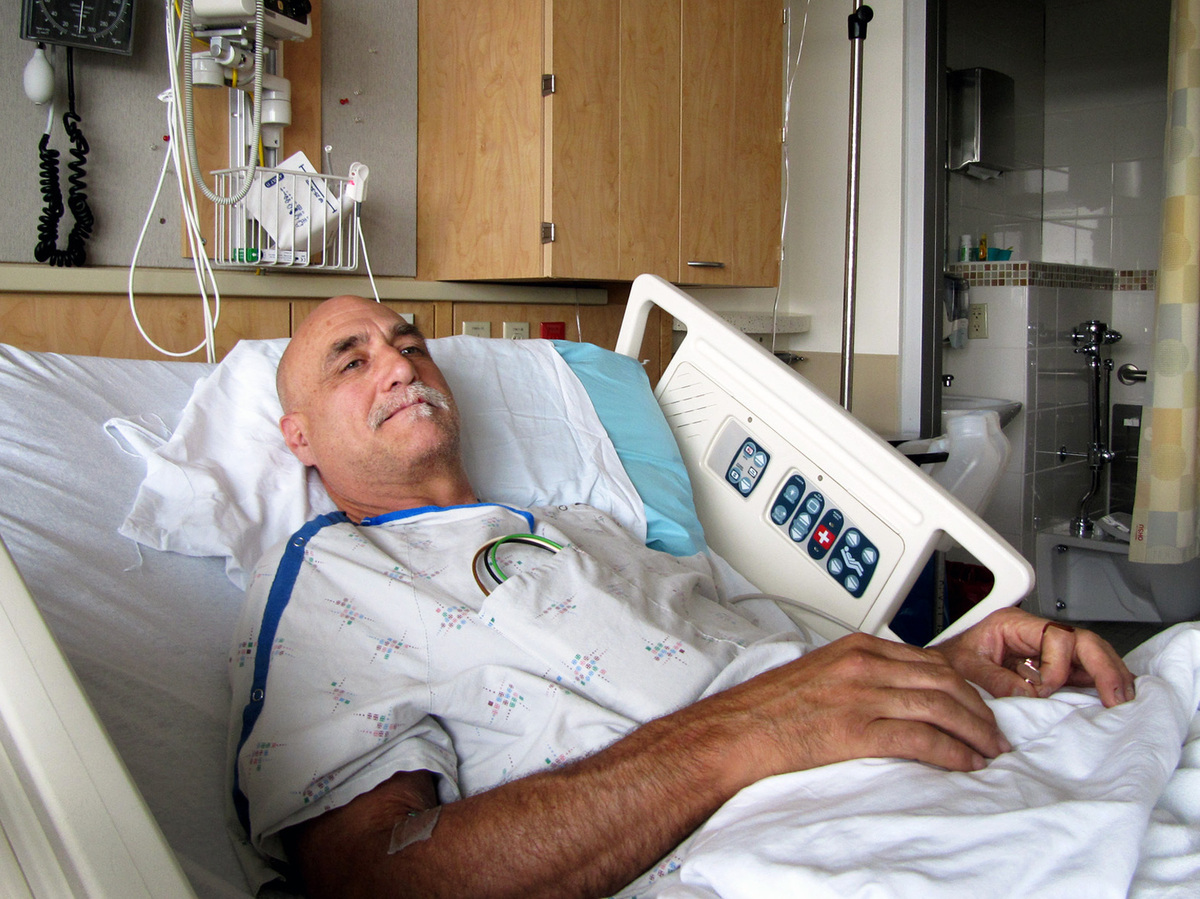 In 1992, the federal government told drugmakers they had to give steep discounts to hospitals that treat a large percentage of poor patients.

The law got bipartisan support and it was a boon for hospitals and the federal government. In the decades that followed, the discount program has grown by leaps and bounds.

But this spring, as the feds have been drawing up new rules for the program, a pitched battle has broken out between hospitals and drug manufacturers who say the program, known as 340B, is bloated and badly regulated.

The drugmakers say the law is meant to benefit patients like David Chance. He turned up at Oregon Health and Science University Hospital in Portland a few weeks ago saying it was hard to breathe every time he laid down.

"They put a catheter in the vein in my leg that goes up to my heart, injected some dye so they could see the circulation around and in the vessels around the heart," he says.

Chance has an enlarged heart and a valve that doesn't close properly. "I'll be changing my diet and on prescriptions for a little while," he says.

Those prescriptions include a cholesterol-lowering statin and a blood thinner that cost about $125 a month. Chance works at a Portland area call center and doesn't have health insurance, so the hospital is using its 340B funds to give Chance his first month of prescription medicine free.

"Yeah, it's great," he says. "I'd probably be having difficulties affording them otherwise."

Chance's case is an example of what the drug companies say 340B hospitals should be doing with the discounts: helping poor and vulnerable patients.

But, here's the rub. Sometimes, instead of passing on drug discounts to patients like Chance, the hospitals sell the medicines at higher prices to their insured patients.

The hospitals use the proceeds to fund clinics, staff and other services that the hospitals say benefit everyone. The law allows them to do that, the hospitals say, because it's a way to stretch "scarce federal resources," a phrase that's in the law.

OHSU's Joe Fazio, assistant director of pharmacy services, says such drug sales are justifiable under the 340B program because some drugs — such as those for chemotherapy instance - can't simply be handed over to patients. Their administration has to be supervised by doctors and nurses, which is expensive.

"The ones we're talking about are the ones injected into your veins and they can take several hours to infuse for a single course of therapy," he says. "This can happen for five, six days a week, six weeks at a time, so it's very intense. There are side effects, so it's important to have a nurse there and a doctor."

But hospitals are reselling all kinds of drugs to covered patients, not just chemotherapy drugs, says Stephanie Silverman, who is with the Alliance for Integrity and Reform of 340B, a lobbying group made up of drug companies and medical organizations. "That's not what the program was designed for," Silverman says. "It was not designed to provide other revenues to support the operations of hospitals."

About one-third of the nation's 6,000 hospitals are in the 340B program. Drugmakers say that slice has swollen in recent years, and the program needs to be better controlled.

For example, says Silverman, many hospitals have been buying up doctor practices or clinics which haven't qualified for the 340B program, then bringing them under the hospital umbrella.

"Hospitals are not only trying to maximize their own 340B revenues, they're looking to acquire — and they are acquiring — many community oncology practices, putting them in their system," she says. "And by doing so, they can all of a sudden tap into new revenues they couldn't get before."

OHSU's Fazio says acquiring doctor practices is one way of keeping health care costs down. "I wouldn't go so far as saying there are hospitals gaming the system, but this is an incredibly complex program," he says. "I will say that there are institutions out there that maybe don't understand all the rules."

For all the disagreement, both the hospitals and the drug manufacturers agree that the federal government needs to clarify or rewrite the 340B rules. A recent court decision had called into question whether the new rules would be released, but the federal Health Resources and Services Administration that oversees 340B is expected to release those new rules this month.

This story is part of a partnership with NPR, Oregon Public Broadcasting and Kaiser Health News.