Accessibility links
After The Fall, A Young Man Chronicles His Life With Multiple Sclerosis : Shots - Health News Jason DaSilva was diagnosed with multiple sclerosis at age 25. He has applied his skills as a documentary filmmaker to show what it's like to quickly lose the ability to walk.

After The Fall, A Young Man Chronicles His Life With Multiple Sclerosis

After The Fall, A Young Man Chronicles His Life With Multiple Sclerosis 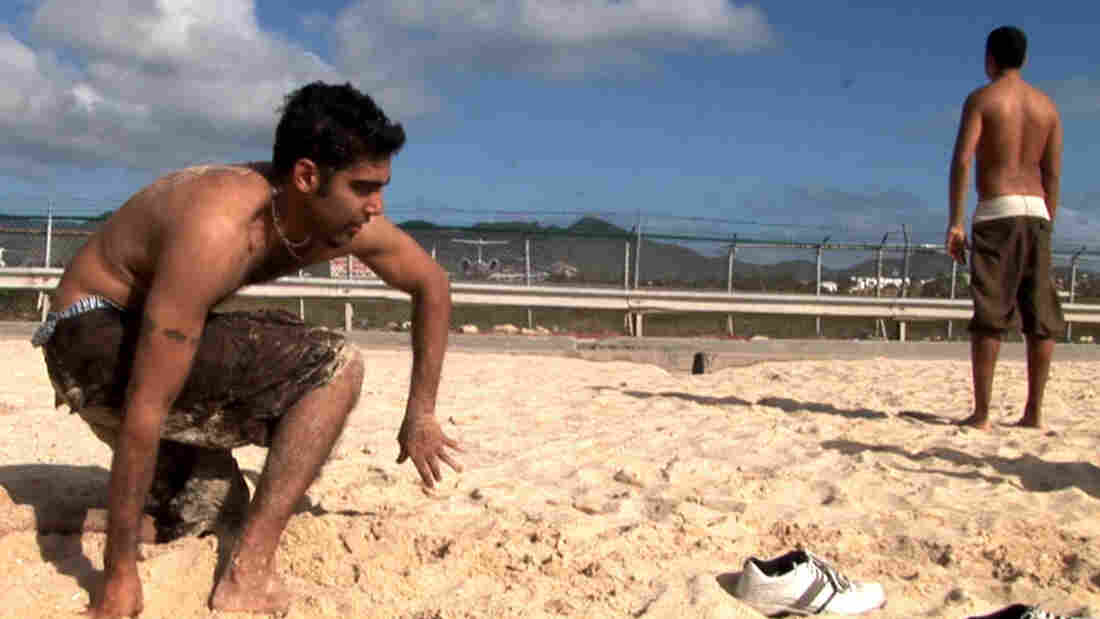 Jason DaSilva was on a family vacation in 2006 when he fell and couldn't get up. His multiple sclerosis symptoms have progressed to the point that he can't walk. Factory Release hide caption 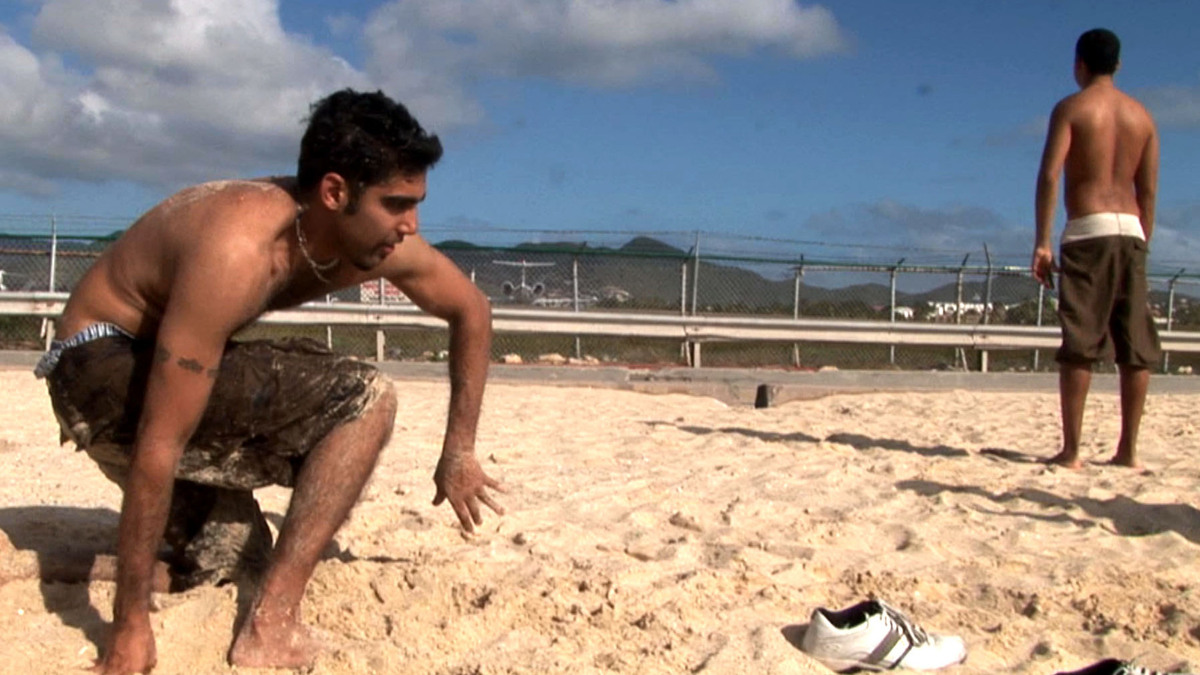 Jason DaSilva was on a family vacation in 2006 when he fell and couldn't get up. His multiple sclerosis symptoms have progressed to the point that he can't walk.

At age 25, Jason DaSilva had everything — he was smart, talented, good-looking and traveling the world as a documentary filmmaker. Then he was diagnosed with multiple sclerosis.

Some people live with the nerve disorder for years without having trouble, but Jason was not one of them. After suddenly falling on the beach during a 2006 family vacation, he quickly had to lean on a cane, then a walker, then a motorized scooter.

But he didn't just live through becoming disabled; he filmed it. His documentary, When I Walk, airs on PBS stations Monday night. We follow him as he searches for help with multiple sclerosis through alternative treatments, traditional healers and even a miracle in the baths at Lourdes. 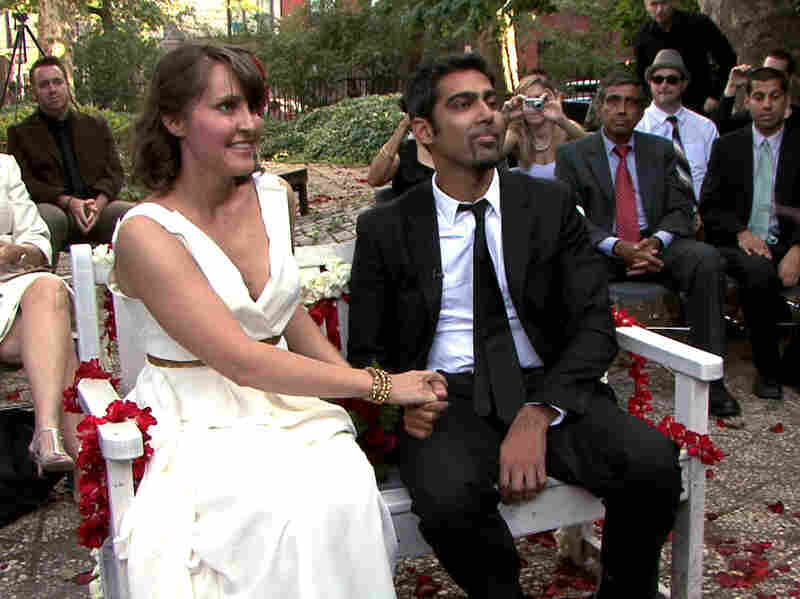 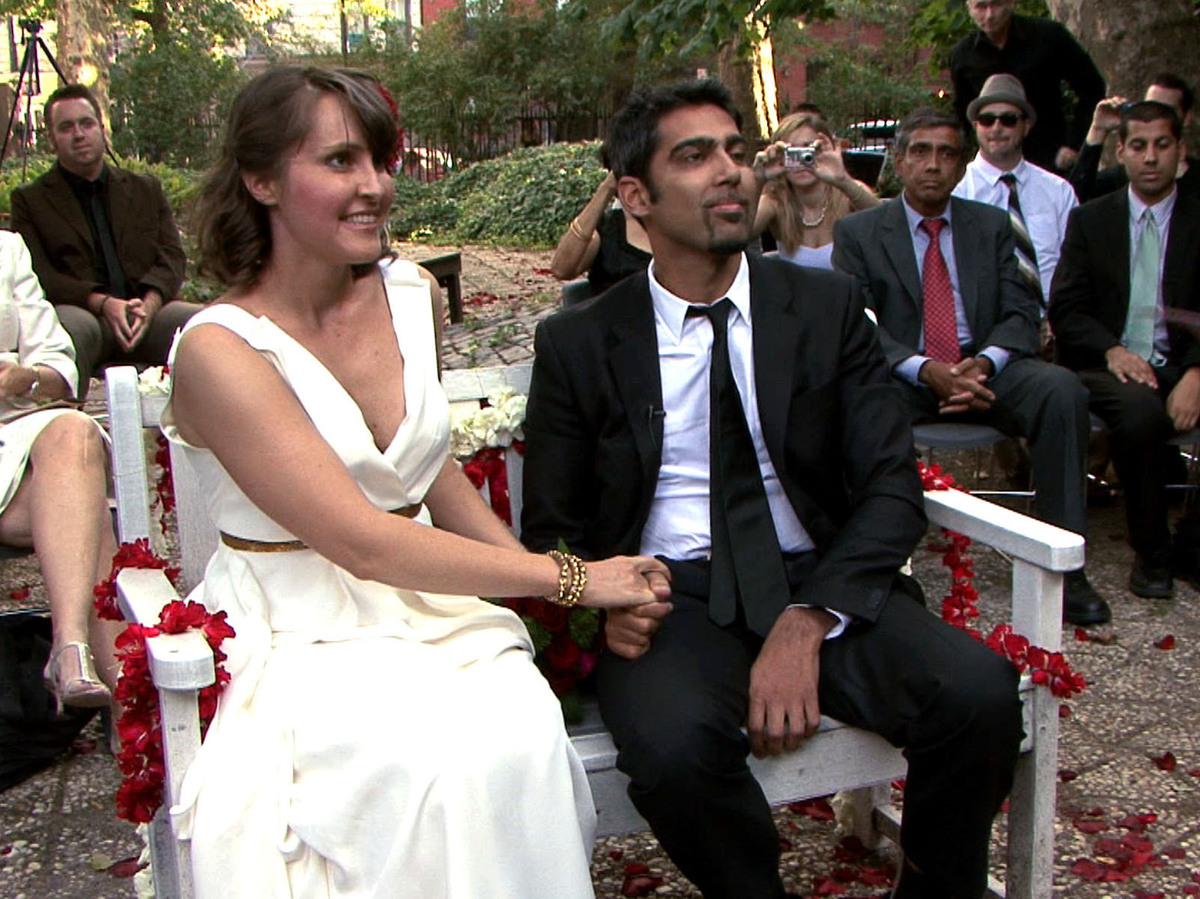 Alice Cook and Jason DaSilva met at an MS support group, married and have a toddler son.

As DaSilva loses the ability to walk, he wonders how much longer he'll be able to live on his own. But at an MS support group he meets Alice Cook, a young woman whose mother has MS. They fall in love and marry, and work together on the film. Their conversations include topics most young couples never contemplate, like how they will manage if Jason can't talk in 15 years.

We talked with Jason, 35, and Alice 37, by phone today. This is an edited version of our conversation.

Jason, in one early scene you're still walking and doing pretty well, and when you go to the doctor this woman immediately starts showing you pictures of motorized wheelchairs. It seemed so cruel.

Jason: I was pretty pissed off about that whole thing. She rushed in, showed me the wheelchair and then left right after. I don't think I was really using a cane that much then. They were trying to tell me what my fate was going to be and set me up for a wheelchair long before I used it.

Alice: It's been really hard. My parents have encouraged me to let Jason be Jason, and not be the disability. But none of us knows what tomorrow is. The uncertainty is a little more visceral for us. But we're all living with uncertainty.

Jason: Same for me. Honestly, I still have those frustrations. I lived the life up till 25 where I was totally able-bodied and didn't have any challenges. I still think of that when I get up every morning. My psyche hasn't caught up.

And now you have a 16-month-old boy, which any parent finds to be a challenge. How are you managing?

Jason: It's been really tough.

Alice: I end up feeling overwhelmed. Jason's here and desperately wants to help, but can't. It's rough. More rough for Jason, but it's hard.

In the film, there's a great scene where you and Alice go on a date to the Guggenheim museum, and she gets a scooter, too, so she can see what it's like for you to move around. You're both racing around on those ramps, and it really looks fun. Now you've started an app that addresses the not-fun aspects of mobility, rating the accessibility of restaurants and other facilities. Tell me about AXSmap.

Alice: We're getting the community to go out and map places in their neighborhoods. What's amazing is that a lot of the able-bodied community loves this, too. They like knowing if there's a quiet place to go, or moms want to know where to go with a stroller where there's no stairs.

What other projects are you contemplating?

Alice: I think uncovering the financial issues surrounding disability is important. In When I Walk, we focused on the emotional things, but I think that we would like to pull the curtain on financial issues and inclusion. We're starting to do a lot of work with artists, artists with disability — what would the world look like if we really prioritize including all people?

Jason: People should find ways to get involved. The easiest way to do that is the AXSmap; people can use that as a way to really make the challenges that we face a bit easier.