Accessibility links
Never Too Young: Pediatricians Say Parents Should Read To Infants : Shots - Health News Parents have been told they should read to their children early, but most don't think that means the day you bring Junior home from the hospital. Pediatricians say start now to help learning later.

Never Too Young: Pediatricians Say Parents Should Read To Infants

Never Too Young: Pediatricians Say Parents Should Read To Infants 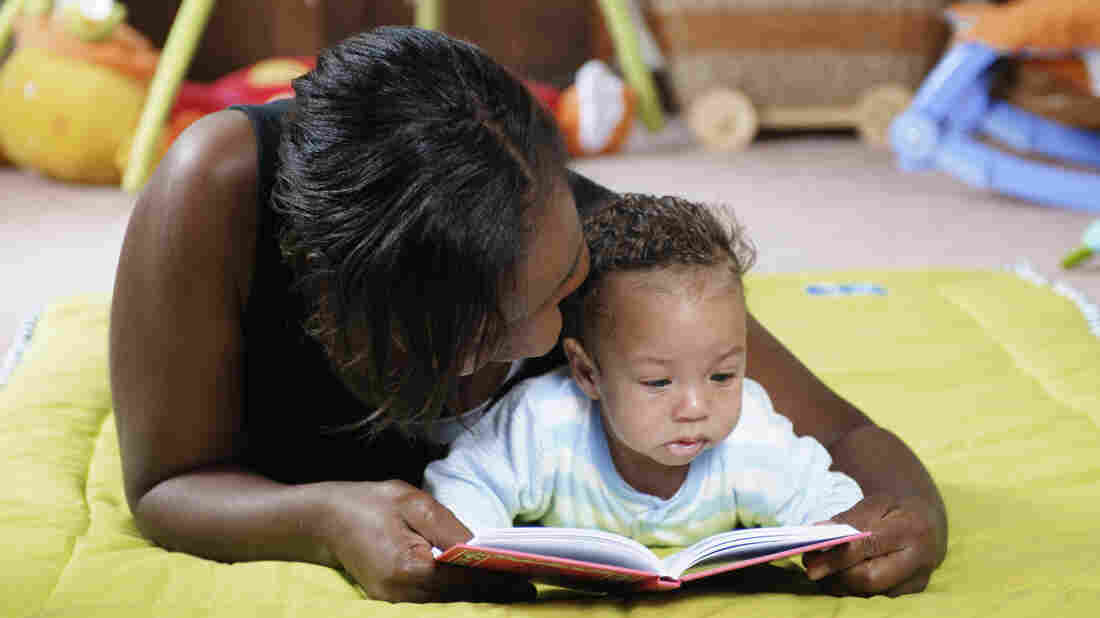 Cuddling up to read a story with the very young helps them recognize words and learn vocabulary, researchers say. Jo Unruh/iStockphoto hide caption 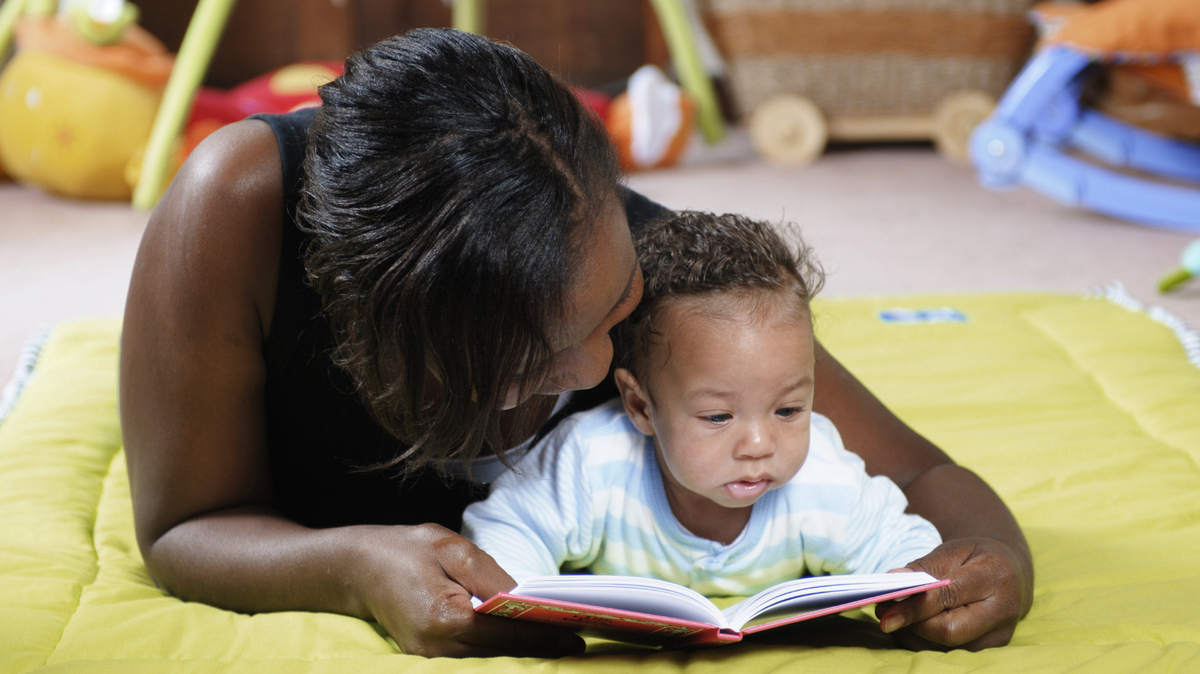 Cuddling up to read a story with the very young helps them recognize words and learn vocabulary, researchers say.

Children whose parents read to them get a head start on language skills and literacy, as well as lovely cuddle time with Mom or Dad. But many children miss out on that experience, with one-third of children starting kindergarten without the language skills they need to learn to read.

So the nation's pediatricians are upping the ante, asking parents to start reading to their children when they're babies.

And pediatricians are becoming book purveyors, handing out books to families who might not have the resources to buy them.

In a policy statement released Tuesday, the American Academy of Pediatrics called for pediatricians to talk with all parents about reading to their children starting in infancy, and to give books to "high-risk, low-income young children" at office visits.

Early exposure to language, whether through reading, talking or even singing, has a profound influence on children's learning through life, research has found. Hearing language from a TV isn't the same, studies have found. For young children, the words have to come from a real live human.

As a result, children in poorer families lag behind in language processing as early as 18 months of age, a study published last year in Developmental Science found.

And by the time the children in that study were 2 years old, the lag grew wider, with toddlers from poorer families six months behind the better-off children in vocabulary and language processing skills.

To try to shrink that gap, the pediatricians are working with Reach Out and Read, a nonprofit organization that provides books for doctors to give to low-income families, as well as Too Small to Fail, a project of the Clinton Foundation.

"I realized we really need to start in the cradle, and that is what this is about — starting in the cradle and working with the child's first teacher, a parent," Angel Taveras, the mayor of Providence, R.I., told NPR's Jennifer Ludden last year.

In his city, two-thirds of kindergarteners show up already behind on national literary benchmarks, Taveras says. The city has launched a program, called Providence Talks, which lets parents record the number of words their young child hears, with the challenge being to engage them in more conversation. Other cities, including Chicago, have launched similar projects.

There are no bigger partisans of reading than at NPR Books. So we asked Ellen Silva, who leads NPR's arts and culture team, if she reads to her baby, Sasha. Of course, she said. But for now he's more enthralled when she just tells him the stories. "And I'll huff and I'll puff and I'll blow your house down!" really wows him. That counts!