Accessibility links
A Doctor Tries To Save A 9-Year-Old Stricken With Ebola : Shots - Health News The child was brought to a treatment center in the back of a pickup truck with his dying mother. Doctors knew his condition was dire. But they thought that maybe they could save him. 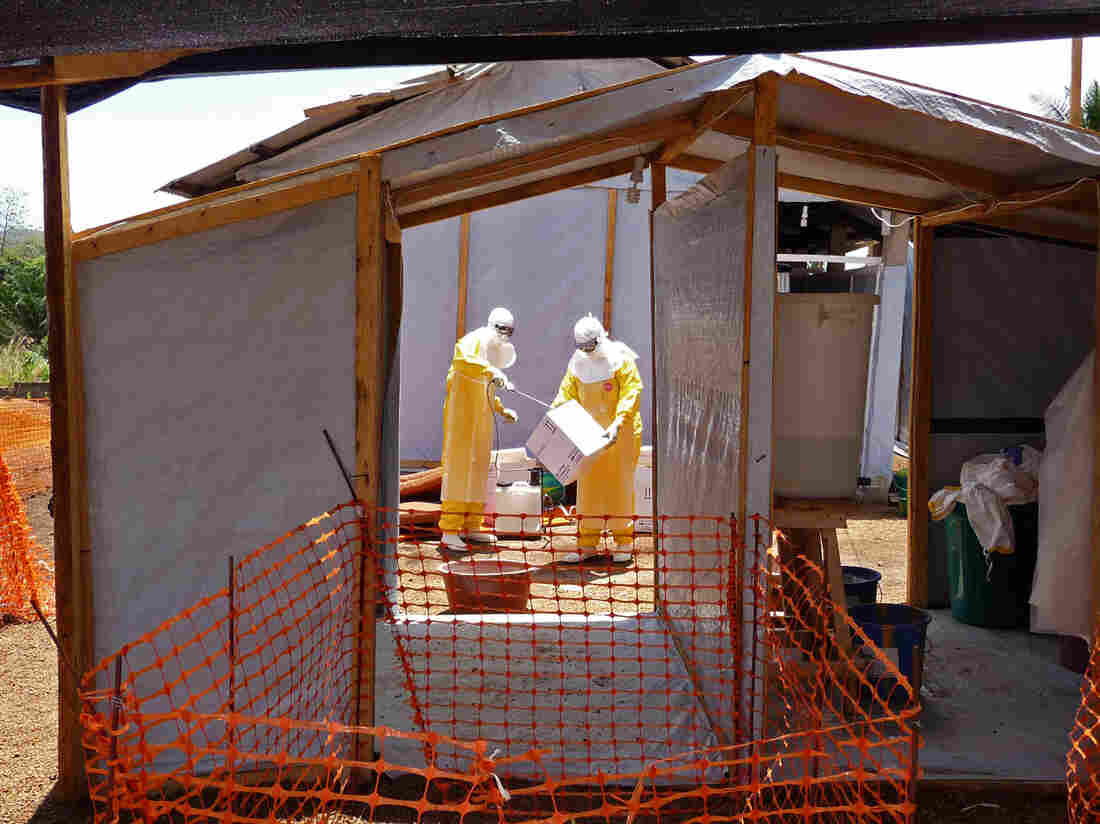 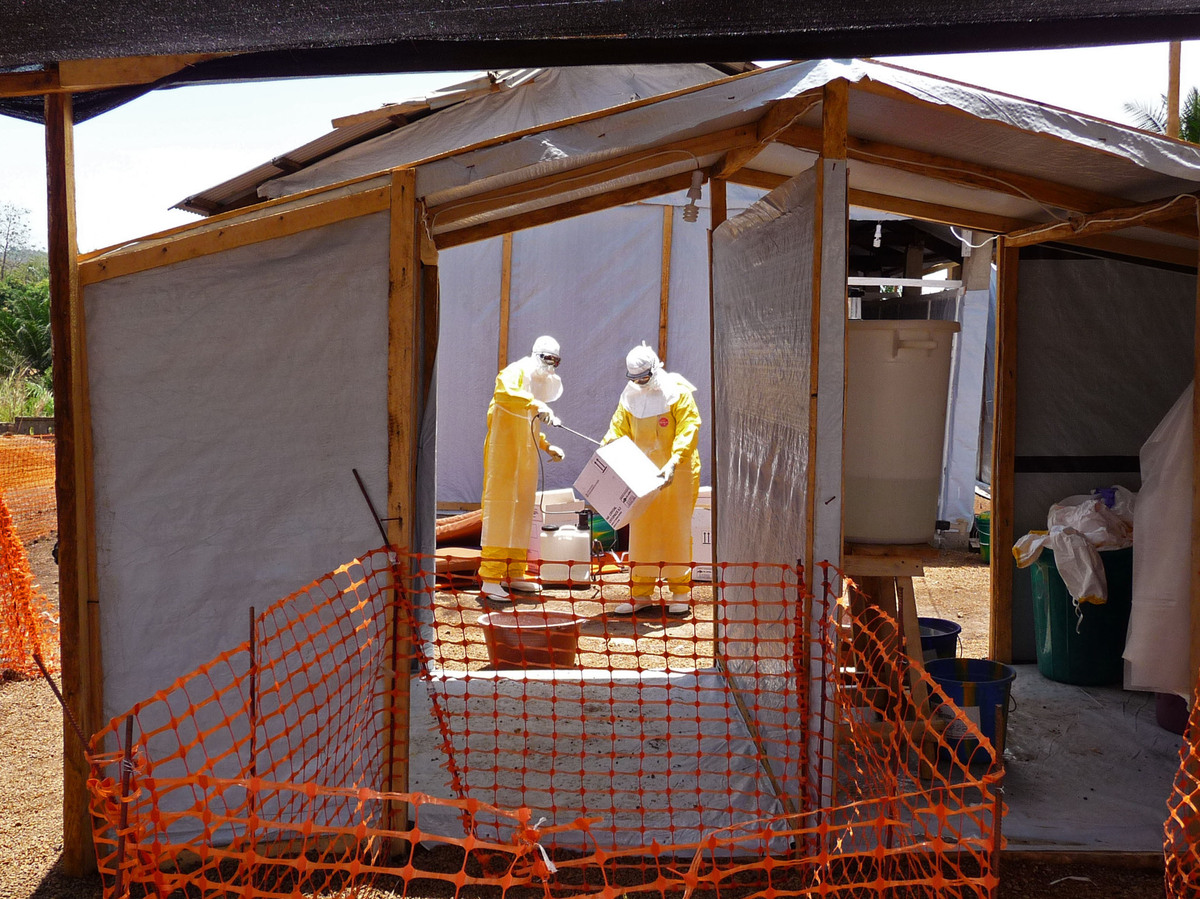 Workers with Doctors Without Borders prepare isolation and treatment areas for Ebola patients in Gueckedou, Guinea.

He was a little boy, 9 years old. He and his mother had both been infected with Ebola. She likely caught the virus while washing a deceased Ebola victim, as is often the custom for burials in Guinea. Then she probably infected her child.

Once she began showing symptoms, she and her son were locked in a house for four days because neighbors were so scared of the virus. Medical workers learned of the case. And the mother and son were driven to a treatment center in the back of a pickup truck, along a dirt road.

The mother died on the way. So the boy was admitted, alone. He was cared for by foreigners, wearing outfits that look like spacesuits to protect them from the deadly virus.

Dr. William Fischer of the University of North Carolina tended to the boy. At the time, he was working in an isolation area in Gueckedou, Guinea, as a member of the Doctors Without Borders team that's treating people with Ebola. The virus first appeared in the area in February and has been steadily spreading ever since. Fischer shared the story of the boy's case in a report on WUNC.

The numbers of the current Ebola outbreak are sobering. There have been more than 600 cases and nearly 400 deaths across three countries in West Africa. The World Health Organization said Thursday that it's "gravely concerned" that the virus will spread further and that "drastic action" is needed to stop the outbreak.

For Fischer, the story of one little boy was one of the most heartbreaking moments during his time in Guinea. "It was probably one of the most difficult things for me to see," he says. "Not just the vomiting, the diarrhea. But the despair that was present from having seen his mother die, from being surrounded by us foreigners and just being alone."

The child came "with barely a pulse," Fischer recalls. In the isolation ward, health care workers resuscitated him, giving him fluids and antibiotics. A package of cookies coaxed a faint smile. "But he was in a tough spot," Fischer says.

Then the medical team had to leave the isolation zone. The equipment they wear, Fischer explains, offers protection for only a limited amount of time. They had "a sliver of hope" they could get him through this.

That night, the boy began vomiting blood. He died alone, no family, no one by his side.

"You sit there and you tell yourself ... the chances of us being able to get him through this are pretty low," Fischer says. "But man, it's miserable. It affects you. It feels like you're a failure."

Read more about Fischer's experiences on his blog, Dispatch from Guinea: Containing Ebola.