Accessibility links
With Gene Disorders, The Mother's Age Matters, Not The Egg's : Shots - Health News For a long while doctors thought that an egg's age relative to others explained why older women are more likely to produce eggs with genetic abnormalities. But a study finds that's not really true.

With Gene Disorders, The Mother's Age Matters, Not The Egg's

With Gene Disorders, The Mother's Age Matters, Not The Egg's 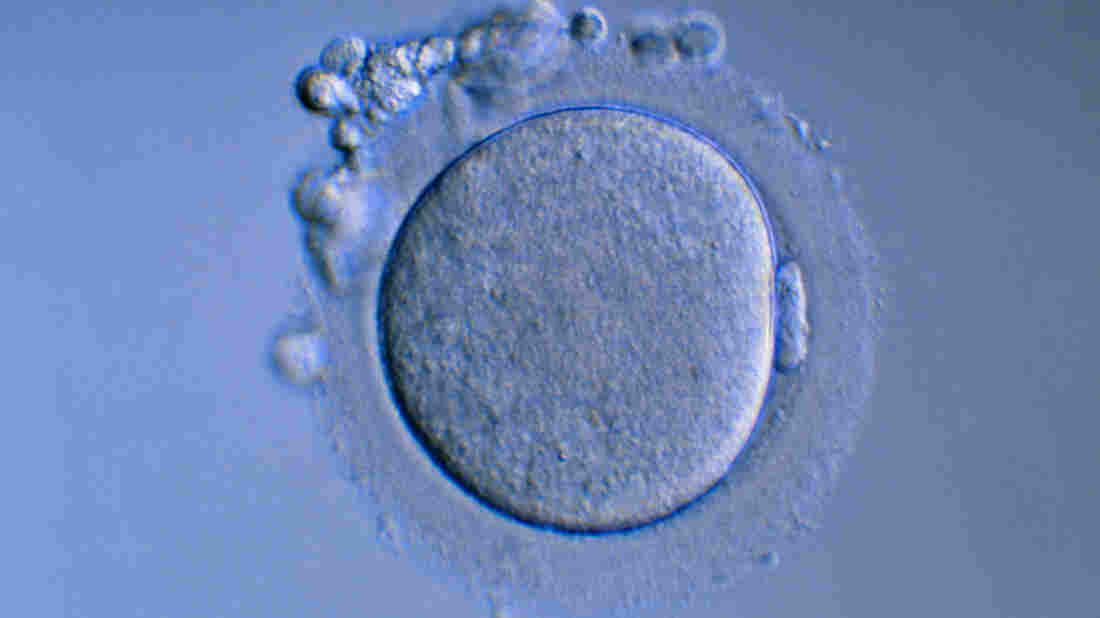 All of the eggs that a woman carries are produced while she's still in her mother's womb. Pascal Goetgheluck/Science Source hide caption 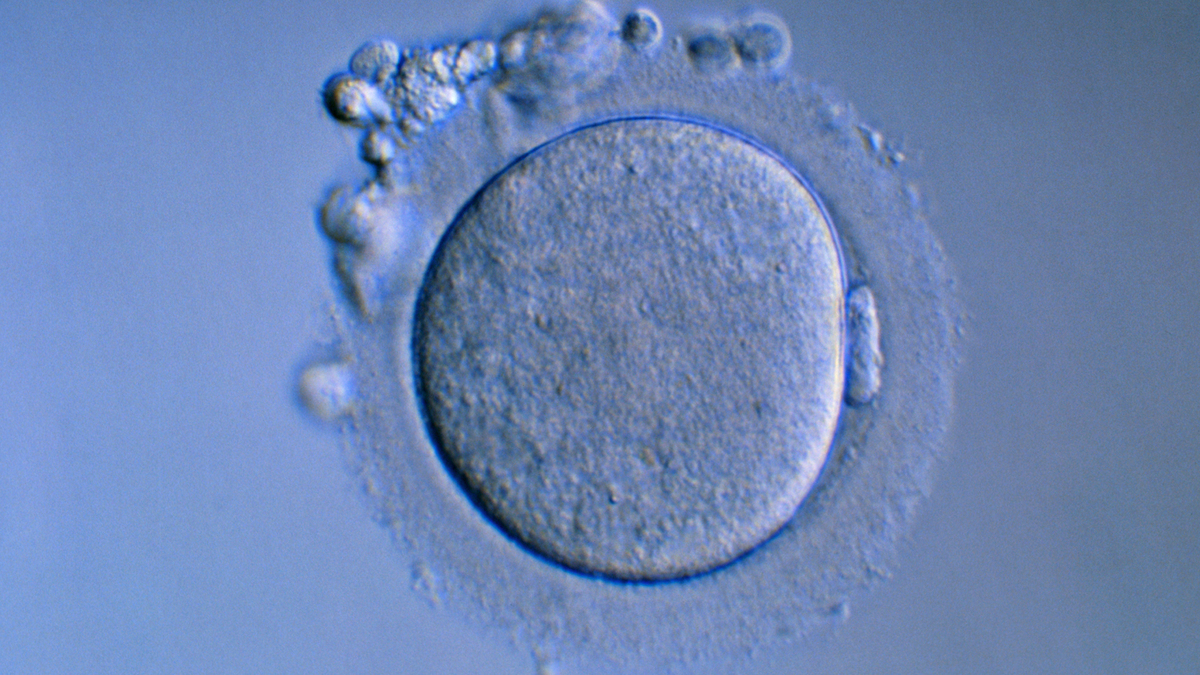 All of the eggs that a woman carries are produced while she's still in her mother's womb.

We women are all too aware that as we get older the risk of having a baby with genetic disorders goes up. All of a woman's eggs are primed up and ready to go before we are born. But the ones we ovulate later are more prone to genetic errors than the earlier ones.

As a friend of mine surmised, "We age, so you kind of think our eggs would, too."

For a long time, doctors have thought that was because the eggs formed earlier are better than those formed later. They call it the "production-line hypothesis."

But they now think they were wrong about that. "It doesn't look as though the first-formed eggs are any better than the later-formed eggs," says Terry Hassold, a chromosome biologist at Washington State University and a co-author on a study that was published last week in the American Journal of Human Genetics.

Birth defects and genetic disorders are often caused by chromosomal abnormalities, which happen when either the mom's egg or the dad's sperm contains the wrong number of chromosomes. Proteins called crossover proteins help chromosomes sort themselves out.

The chromosomes are like dance partners, says Ross Rowsey, a doctoral student and lead author on the paper, and these crossover proteins help them correctly pair up.

To find out if the egg cells that develop later are more prone to chromosomal abnormalities than those that develop first, Rowsey counted the number of crossover proteins in the egg cells of fetuses with different gestational ages.

"We saw that there is an extraordinary amount of variation between eggs, and between females," he says, "but they do not vary by time."

So then why does the risk of birth defects increase as women get older?

It's more likely that there's no one maternal-age effect on eggs, Rowsey says. "There are many different factors that come into play, and we have to explain them all."

The proteins that bind chromosomes together may degrade over the years that the egg is waiting in a woman's ovary, Rowsey says. The number of eggs that women have is also depleted over time, so there might be fewer good ones to choose from.

Whatever the causes, the maternal-age effect is undeniable. "The rate of chromosomal abnormality appears to be hard-wired into our species," says Hassold. "The only thing that moves the dial is maternal age."