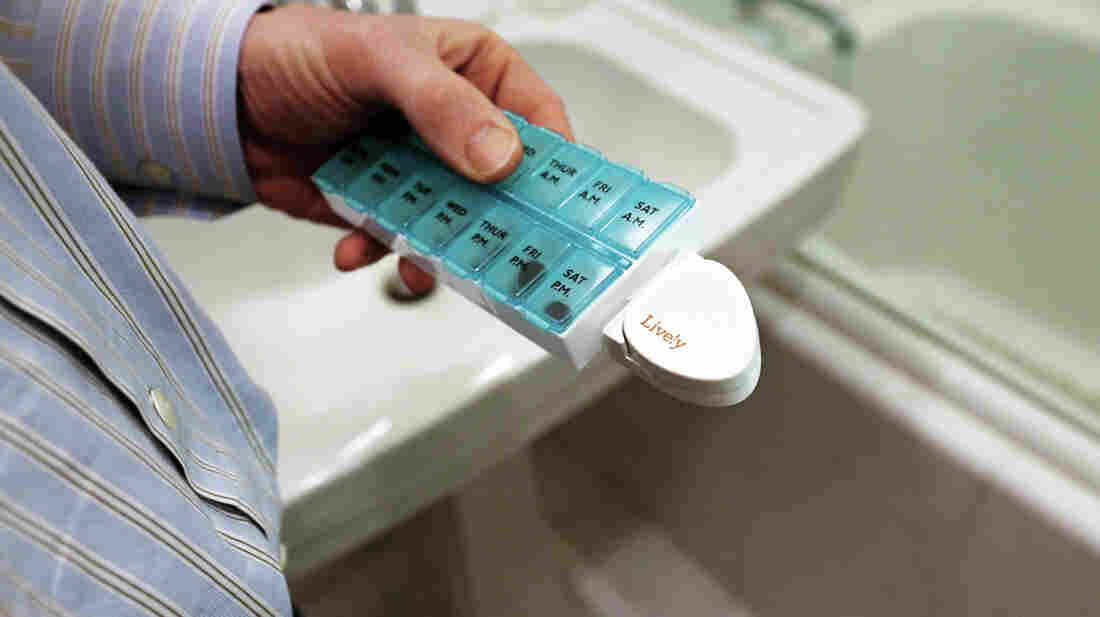 Lively is a sensor that can be attached to a pill box, keys or doors. It lets people know whether aging parents are taking their medicines or sticking to their routines. Courtesy of Lively hide caption 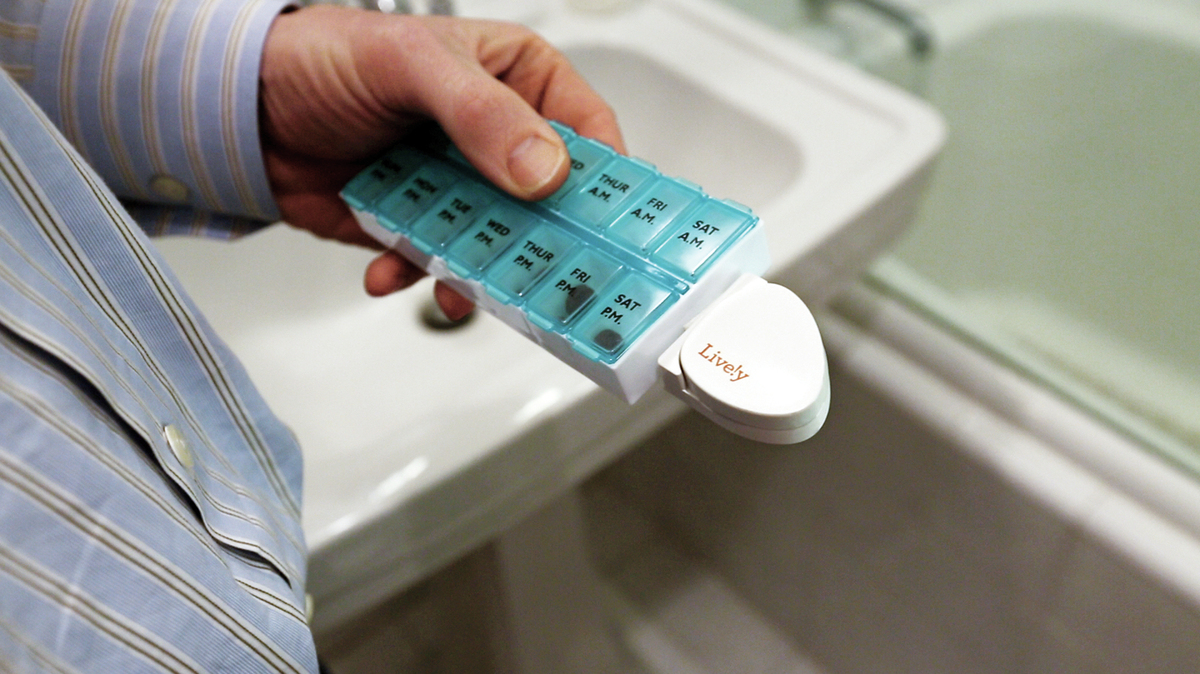 Lively is a sensor that can be attached to a pill box, keys or doors. It lets people know whether aging parents are taking their medicines or sticking to their routines.

Aging 2.0 may not sound like the hippest start-up in San Francisco, but it's part of an industry worth $2 billion and growing fast — technology to help older adults.

Katy Fike, 35, is the company's co-founder. She's devoted to making sure that older adults who are supposed to use the products are involved in their development.

That's especially important, because the creators of tech startups tend to be much younger than the intended users of their products. "One of the things that we're most passionate about," says Fike, "is making sure these entrepreneurs, many of whom are in their 20s and 30s, are really getting important feedback on what their end-users want and need." 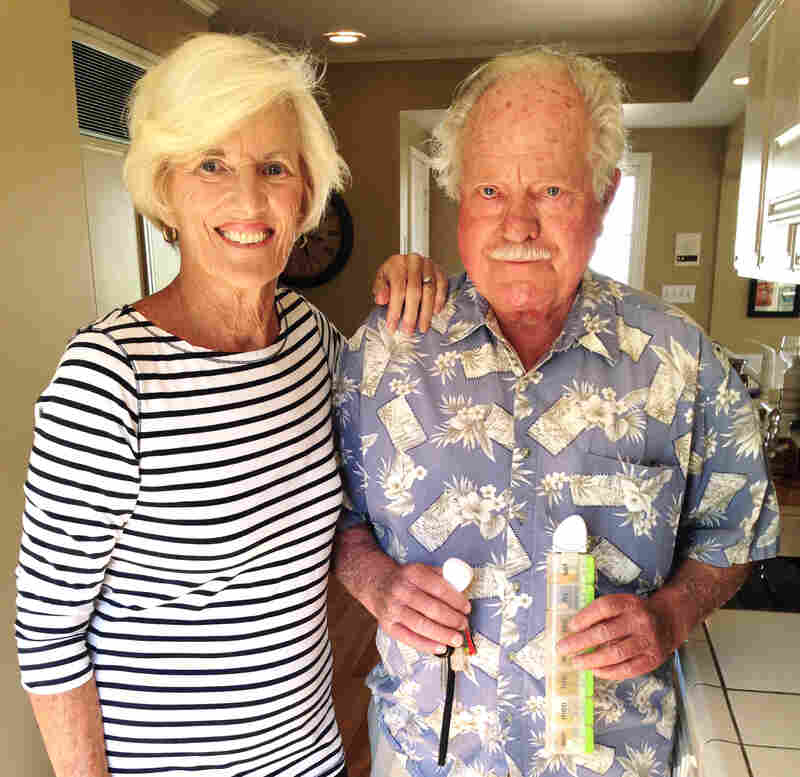 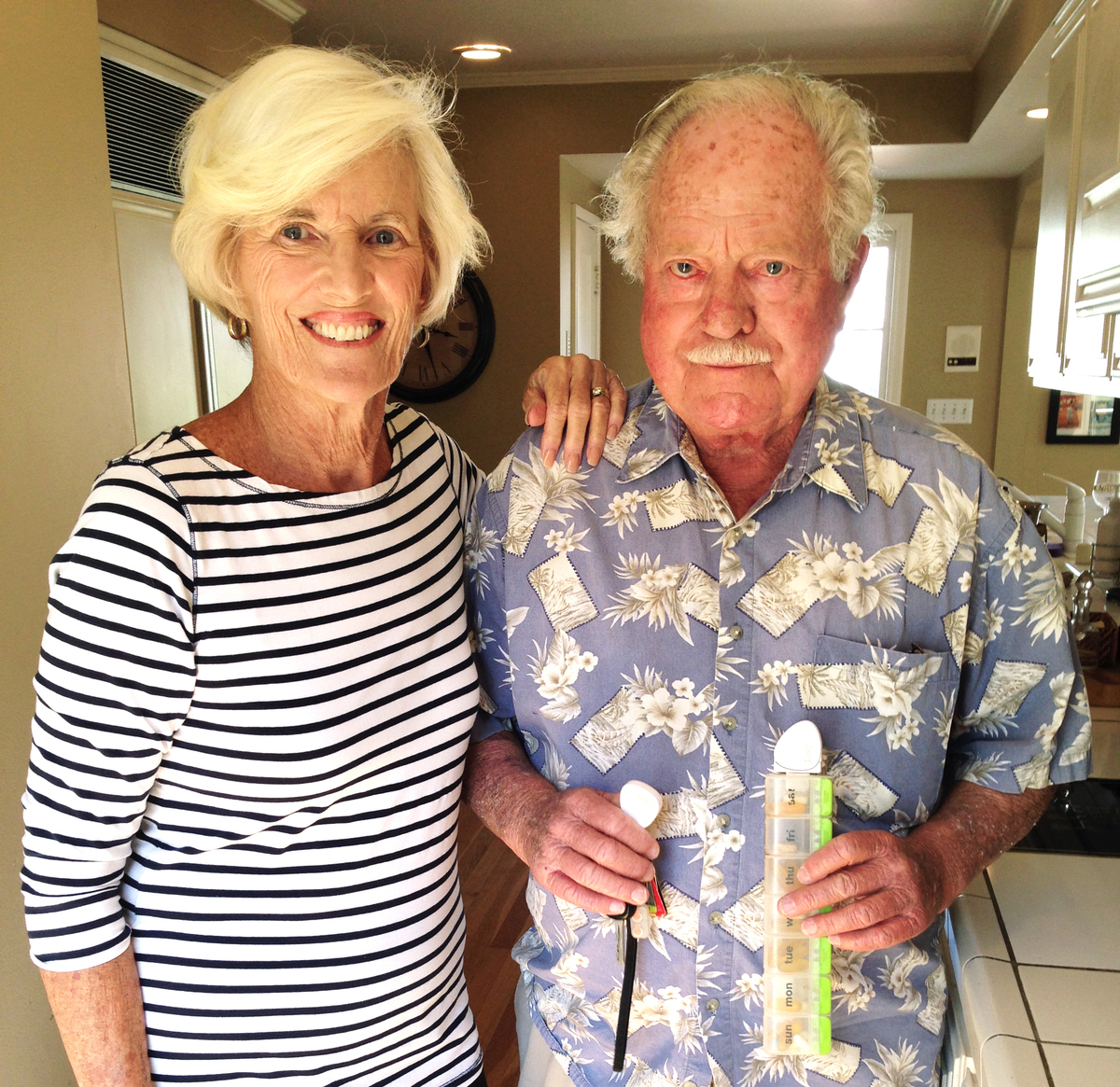 One of those entrepreneurs is 28-year-old Marcie Rogo. She's starting a website called Stitch. It's designed to help older adults connect with each other for activities and companionship and — just maybe — for romance.

So Rogo and Fike assembled a group of people between the ages of 56 and 84 to tell them what they thought. Rogo told the group not to hold back. "Please don't feel afraid to be completely honest and critical," she told them.

And they took her at her word, starting with the name. "Why Stitch?" asked one of the group members. Fike asked what the term suggested. The answer, "Someone who's had surgery," was greeted with knowing laughter.

Fike says that Aging 2.0 doesn't develop products for older adults, but it works with start-ups that do. In exchange for helping them find support and financing, Aging 2.0 gets a small stake in the companies it helps.

And all along, Fike's full-time, go-to focus group of one has been her 80-year-old father, Frank Thomas. She sends him all kinds of gizmos to try out in his home in Long Beach, Calif.

One that he likes a lot is called Lively. It's a bunch of sensors that transmit data to a web page that both he and his daughter can access from their smartphones. The sensors are on his pill container, his car keys and the kitchen cupboard where he keeps his coffee.

Thomas says he doesn't feel spied on at all. In fact, he sees Lively as another way to communicate with his daughter. "I make coffee first thing in the morning," he explains. Every time he opens the cupboard, he says, "it's saying 'Good morning, Katy.' "

It's also saying that Dad's keeping to his normal routine. "If she sees I'm not taking my medicine on time, she calls me up and asks me what's going on," Thomas says.

Fike has a PhD in gerontology, which is her second career. She used to work for Lehman Brothers in New York. Her office was just across from the World Trade Center, and she was there during the 9/11 attacks. "The work I had thought was so important suddenly didn't matter at all," she says. "I knew in the pit of my stomach that I wanted the work I did to matter more, not less."

And it will matter more. With family size shrinking, there are fewer kids to take care of a rapidly growing number of elderly people.

So they will need an assist from technology.

That's why Fike wants to expand on what Aging 2.0 is doing. She'd like to set up a nationwide network of older consumers willing to share their insights. That may not make money in itself. But it could be the key to creating the next big thing to improve the lives of older adults.