Accessibility links
Want More Stress In Your Life? Try Parenting A Teenager : Shots - Health News Being the parent of a teenager can be uniquely stressful even in the best of times. But seeking advice from other parents can help, as can spending one-on-one time with that button-pushing kid. 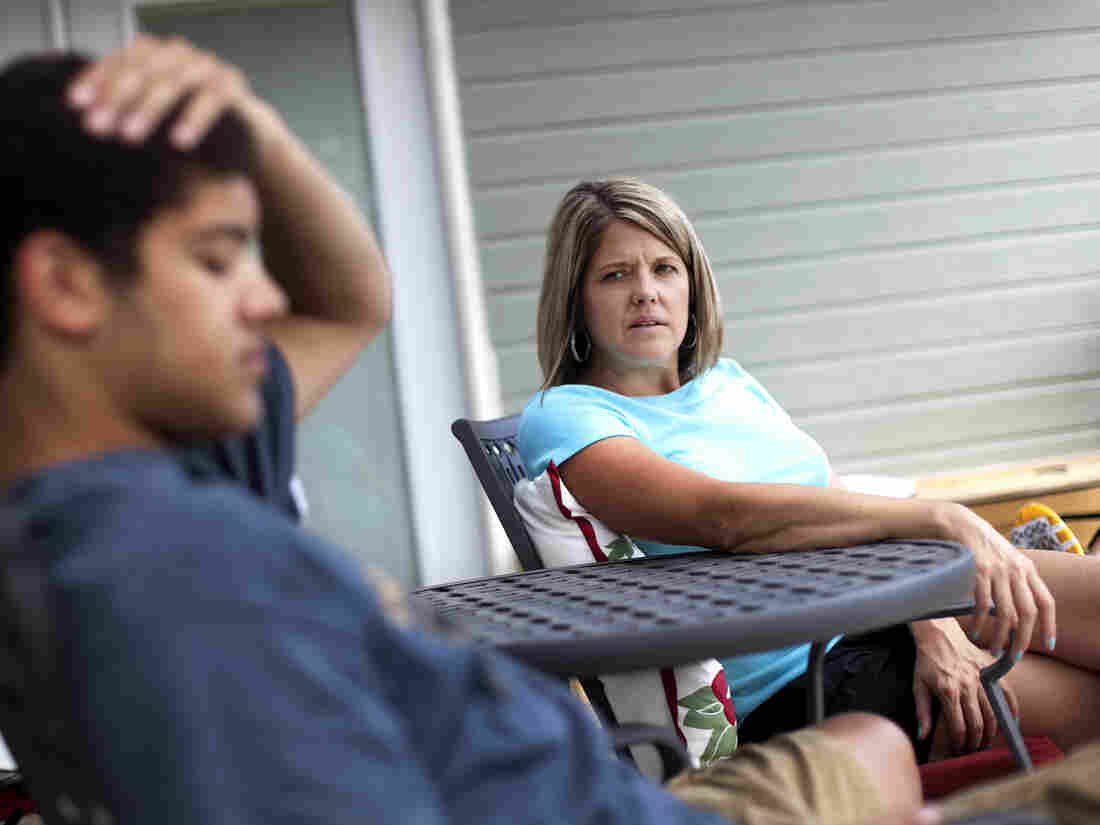 Amy Myers talks with her son Kamron, 18, in the backyard of their home in Boise, Idaho. She has found raising a teenager to be extremely stressful. Kyle Green for NPR hide caption 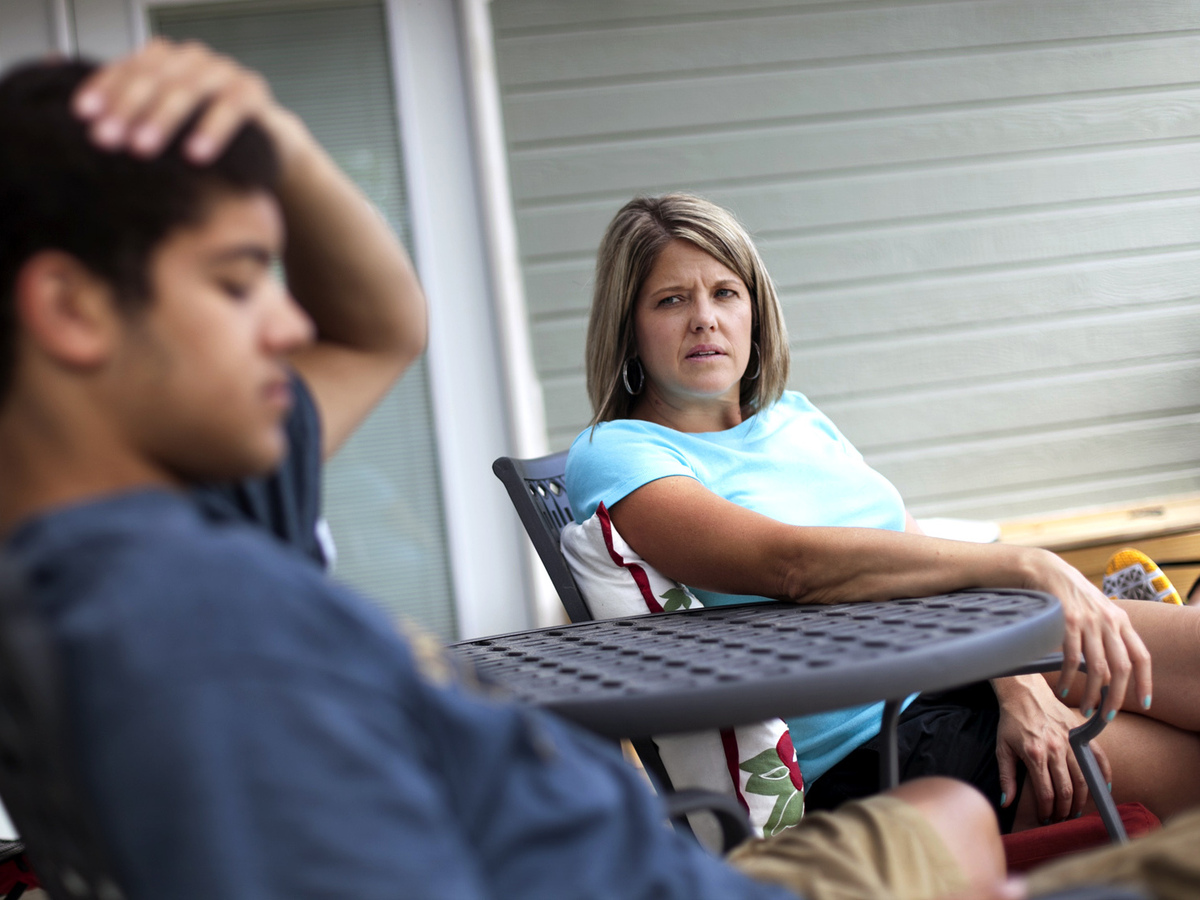 Amy Myers talks with her son Kamron, 18, in the backyard of their home in Boise, Idaho. She has found raising a teenager to be extremely stressful.

If anyone can handle the stress of parenting in the teen years, you'd think it would be a high school teacher.

That's how Amy Myers felt. She teaches high school English in a suburb of Boise, Idaho, where she says she has "pseudo parented" about 3,000 teenagers "who I have talked to, given advice to, guided, directed, even lectured about teenage issues," she says.

So Myers, 41, felt pretty prepared for her own children's teenage years. That is until her oldest son, Kamron, turned 15. Suddenly, their close relationship turned sour. "Everything I demanded, he fought back. Advice? He didn't need it. Conversation? He didn't want it. It was hands down the toughest journey of my life so far, and that is coming from someone who has raised two children alone from day one and has worked for and earned two degrees," she says.

NPR recently conducted a poll with our partners at the Robert Wood Johnson Foundation and the Harvard School of Public Health looking at the extent of stress in America.

We found that about one-third (34 percent) of those who live with one or more teenagers said they'd had a great deal of stress in the past month. Once we saw these results, we wanted to know more about the stories behind these numbers. So we put out a call on NPR's Facebook page. Hundreds of parents wrote to us.

JoAnn Zeise, who's raising a 14-year-old son and a 12-year-old daughter, says the stress she feels now is a lot different than what she felt when the kids were young. "Once, I controlled the big decisions in their life," says Zeise, 39, who lives in Columbia, S.C. "Now they make decisions that can have drastic consequences. I feel like I am running out of time to teach them the important lessons they need," she writes. 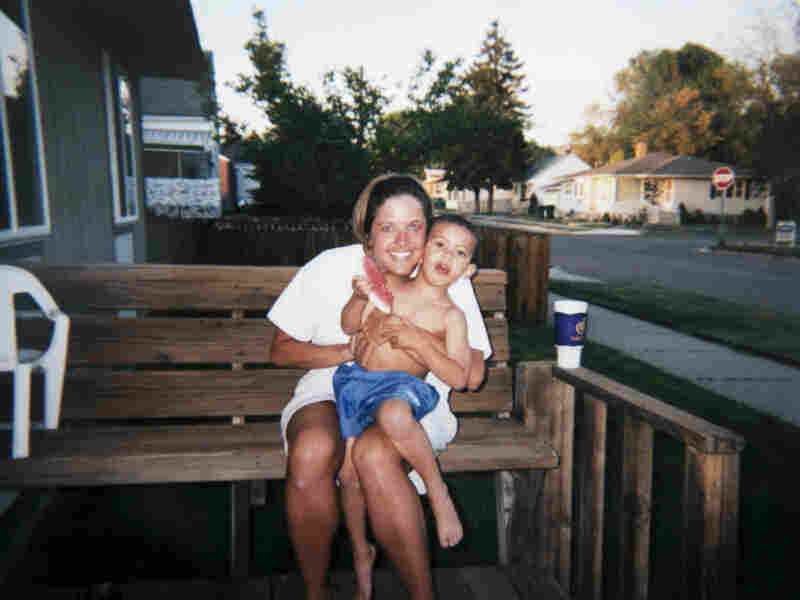 Amy Myers and Kamron, then age 3, in Pocatello, Idaho. Courtesy of the Myers family hide caption 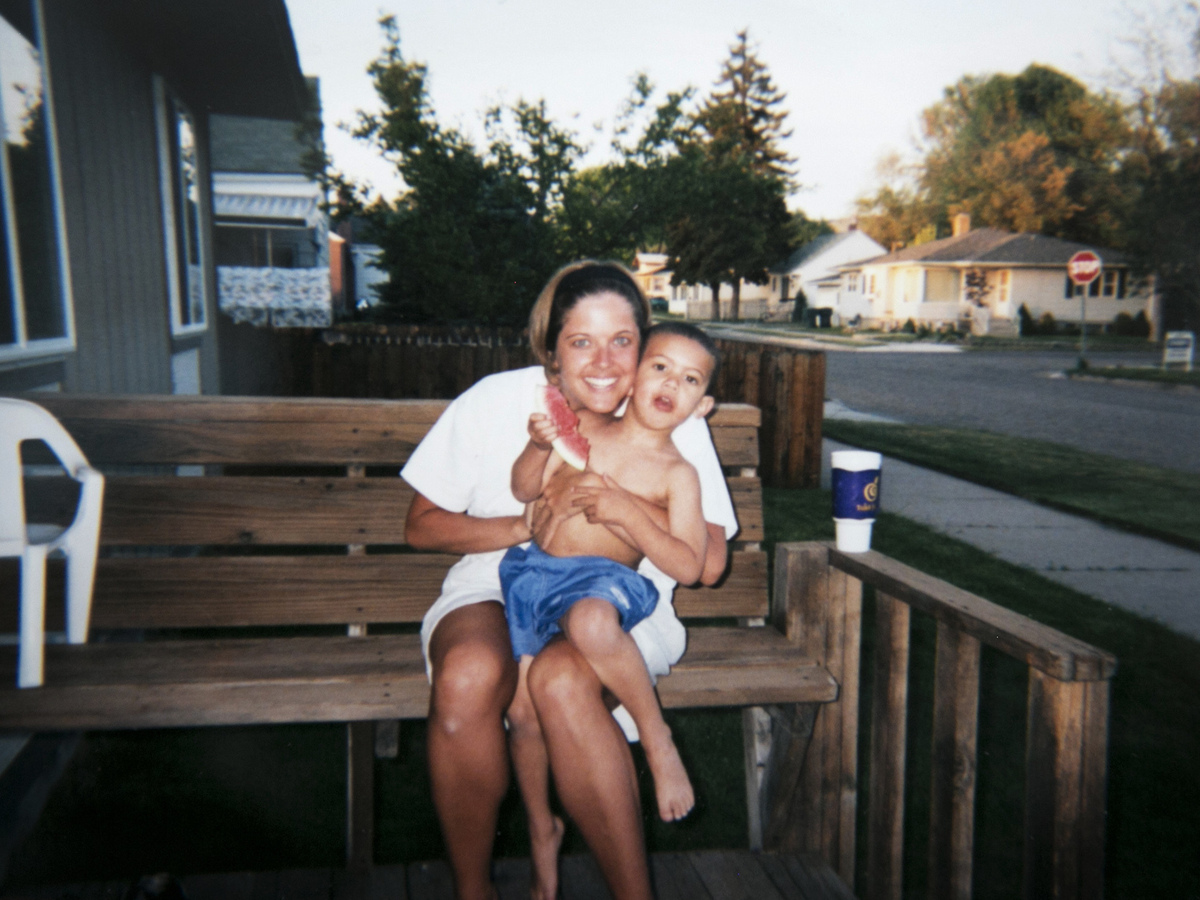 Amy Myers and Kamron, then age 3, in Pocatello, Idaho.

Courtesy of the Myers family

And numerous parents wrote to us about the difficulties of teenage defiance.

When it comes to stress, parenting a teen is "inherently stressful even in the best scenarios," according to David Palmiter, a clinical psychologist, professor at Marywood University in Scranton, Pa., and creator of the blog Hectic Parents.com.

He says it essentially boils down to a teenager's quest for independence. And that is understandably stressful for parents who used to be "driving the bus," he says. Now, he says, there's someone in the back seat saying (or yelling) "No, don't put the blinker on here, take that exit, what are you thinking?"

This constant questioning and challenging can be stressful for parents, of course, but Palmiter says it's actually a healthy part of growing up, and it often means parents are doing everything right.

Amy Myers' son Kamron is 18 now, and headed off to college. But the past three years, she says, have been extremely stressful for a number of reasons. She worried about his driving, about parties, about alcohol and drugs. And there were many late nights for Myers because, like many parents, she just couldn't fall asleep until she knew Kamron was safely home.

And like JoAnn Zeise, her biggest worries even now continue to be about her child's future. She's scared that Kamron might make a mistake that just can't be repaired.

"I love this child more than I love myself, and I know what's around the corner and I'm trying to tell him and he's just ignoring me, and I really can't say or do anything about it. I just have to let him experience it and hope and pray that it's not a life-changing mistake," Myers says. Many psychologists say the best parents can do is making sure they have instilled positive values in their children and then just hope for the best.

As for dealing with their own stress, Palmiter suggests parents seek support from other parents, not just about their concerns but also about decisions. He also promotes special "one on one" time with your teenager. This means "being there" completely, cellphone unplugged, talking with your teen or observing them do an activity they enjoy like drawing, shooting basketball or playing an instrument. Just one hour a week of this special time can repair major differences, Palmiter says, and bring much-needed calm to households with teens.