Accessibility links
Hey, Miss Idaho, Is That An Insulin Pump On Your Bikini? : Shots - Health News Sierra Sandison couldn't imagine how she would hide an insulin pump during beauty pageants. So she decided to show it off for the Miss Idaho pageant. She won. Type 1 diabetics say they won, too. 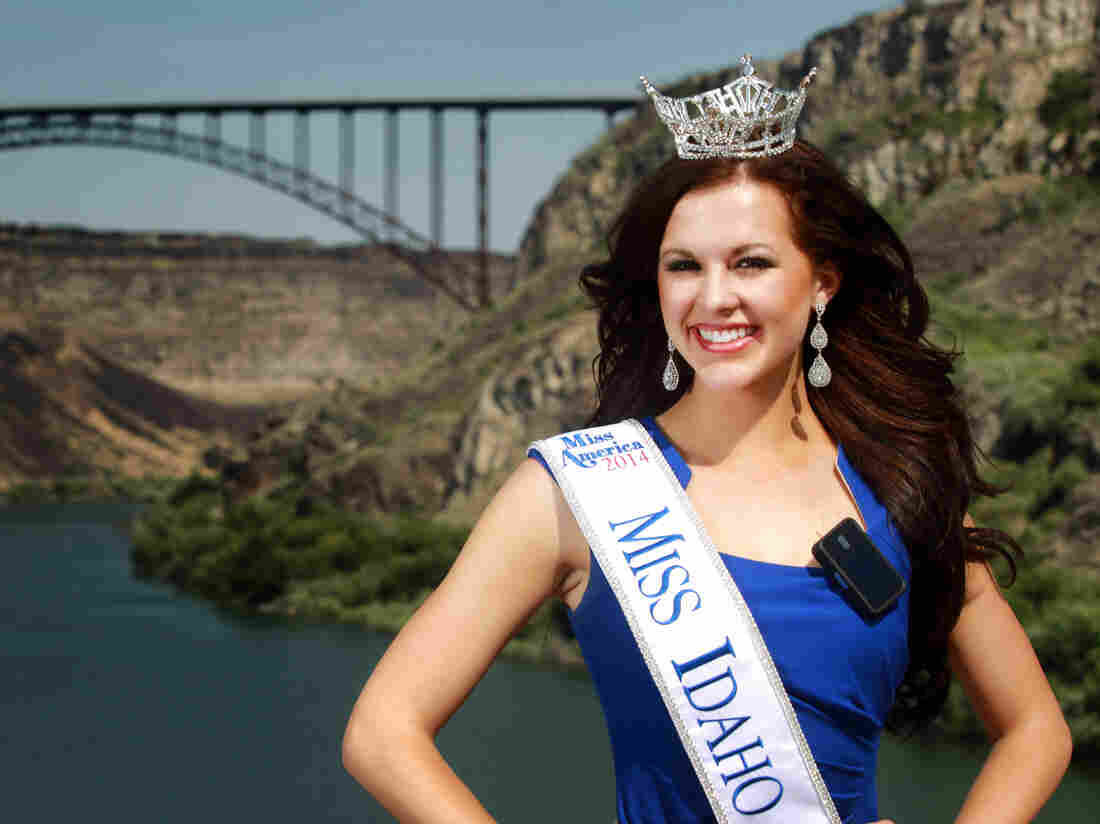 Miss Idaho Sierra Sandison, shown here in her home town of Twin Falls, Idaho, decided not to hide the insulin pump she wears to treat Type 1 diabetes during the pageant. Photo illustration by Drew Nash/Courtesy of Times News hide caption 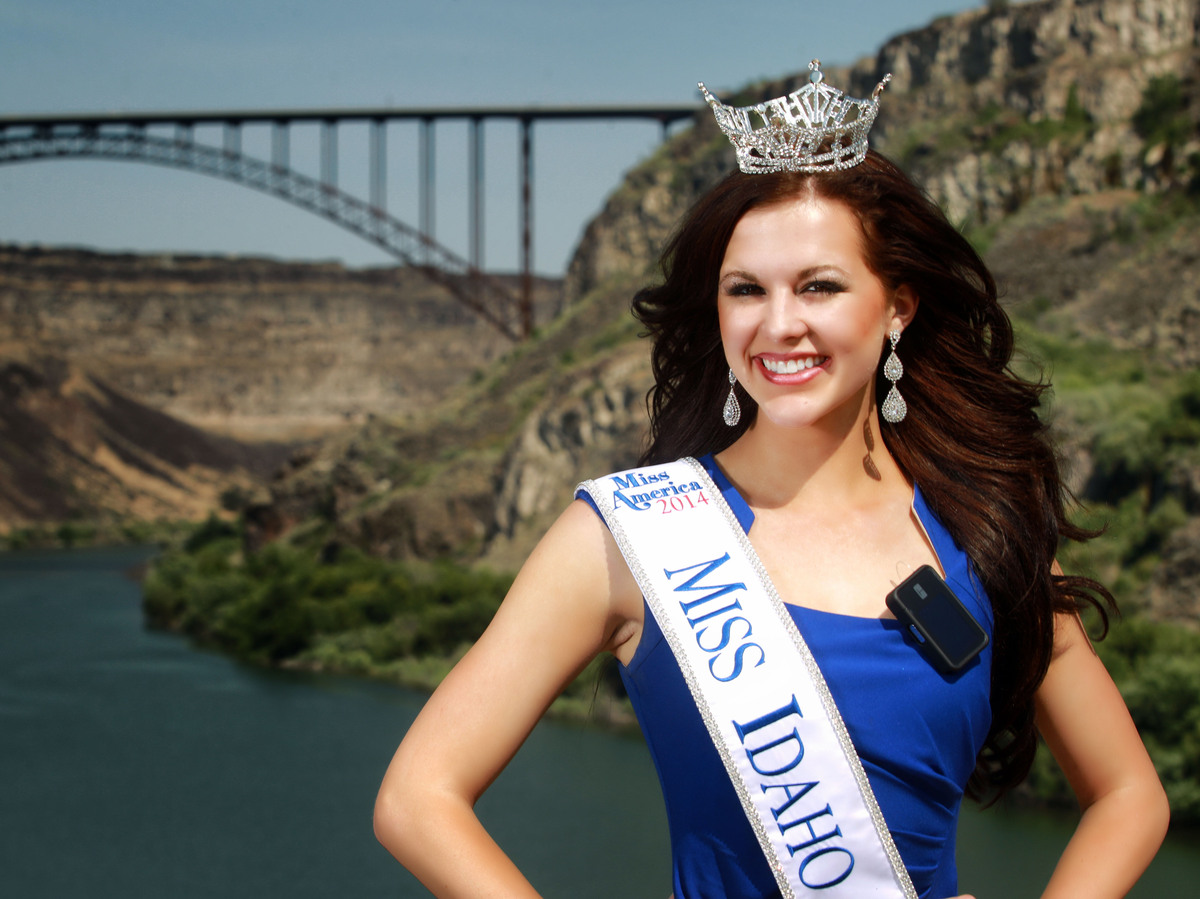 Miss Idaho Sierra Sandison, shown here in her home town of Twin Falls, Idaho, decided not to hide the insulin pump she wears to treat Type 1 diabetes during the pageant. 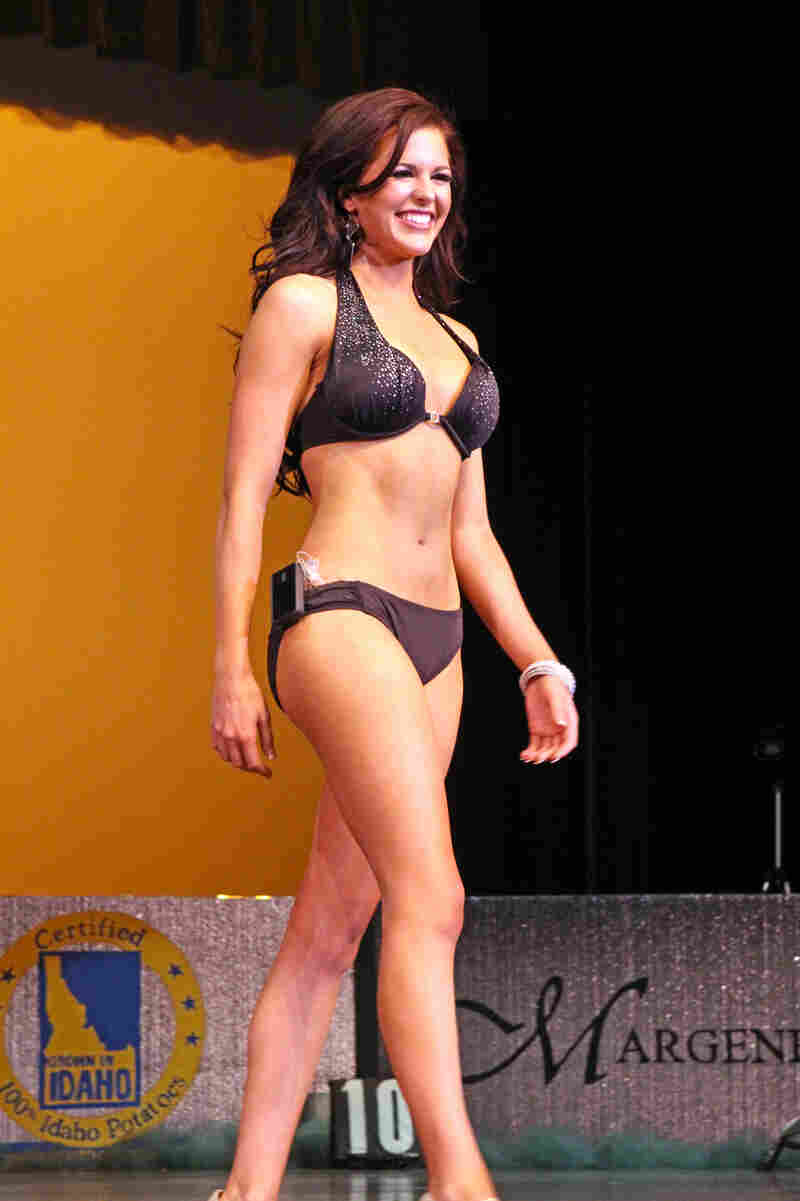 "Honestly, it is terrifying walking out on stage in a swimsuit, let alone attached to a medical device," Sandison wrote on Facebook. Susan Hessing Photography hide caption "Honestly, it is terrifying walking out on stage in a swimsuit, let alone attached to a medical device," Sandison wrote on Facebook.

There she is, Miss Idaho. And there it is, the insulin pump attached to her bikini bottom during the swimsuit competition. Since posting the photo on social media on Monday, Sierra Sandison has become a new hero to the Type 1 diabetes community.

One mother wrote on Facebook, "You changed my 11-year-old daughter's summer! She's been so self-conscious, but since she read about you and saw this photo, she cannot wait to wear a bathing suit tomorrow and show off her insulin [pump] and have me post a photo here!"

And that woman is not alone. As of Thursday afternoon, the photo has received more than 4,000 "likes" and over 2,500 "shares" on Facebook. Twitter users are responding to the hashtag she created, #showmeyourpump, with their own pump photos.

Insulin pumps ease diabetes control in many ways, but wearing one is a personal choice. People with Type 1 diabetes can also use multiple daily injections to control the condition. In her blog, Sandison, 20, of Twin Falls, Idaho, says that she used injections when she began competing in pageants because "I didn't want people to see a weird-tubey-machine-thing attached to me all the time, and could not wrap my head around having a medical device on my body for the rest of my life."

What changed her mind for the Miss Idaho pageant on July 12th? Hearing about Miss America 1999, Nicole Johnson, who also wore an insulin pump during the competition, although not visibly. Sandison writes, "Miss America 1999 has an insulin pump, and it doesn't make her any less beautiful. In fact, in my mind, it enhances her beauty!"

Johnson, who has continued her diabetes advocacy since her reign, tells Shots, "I think diabetes technology has become more socially acceptable because of the dominance of social media and our 'selfie' culture." She adds: "Our culture seems to be more accepting today, as opposed to when I was diagnosed in 1993."

Indeed, medical device-wearing "pride" appears to be a trend. Amputees are increasingly using visible prostheses rather than covering them up. And the ostomy community has its own version of the "show me" campaign.

On Facebook, Ms. Sandison also received thanks from two parents of kids who wear other medical devices: hearing aids and a feeding tube.

As an insulin "pumper" myself, I can attest to the hesitancy to wear a visible medical device – I resisted for years before deciding to use the pump in 2007. But now I wear it proudly. It's really fun for me to randomly run into another "pumper" on the street and strike up a conversation as if we were old friends. And in fact, that happens fairly often.

Johnson agrees. "It seems that insulin pumps and diabetes devices are now a symbol of community," she told me. "It is becoming more and more common to see them widely displayed, because of the opportunity that brings for connection to others. In the diabetes community, we use the visibility of our devices as a badge of courage and a connector. There is a pride in successfully managing the condition and surviving. One hundred years ago there were no survivors of Type 1 diabetes."