Accessibility links
Half Of Texas Abortion Clinics Close After Restrictions Enacted : Shots - Health News Many clinics closed because of a new requirement that doctors at those clinics obtain admitting privileges at hospitals near the clinics. Many doctors couldn't comply. 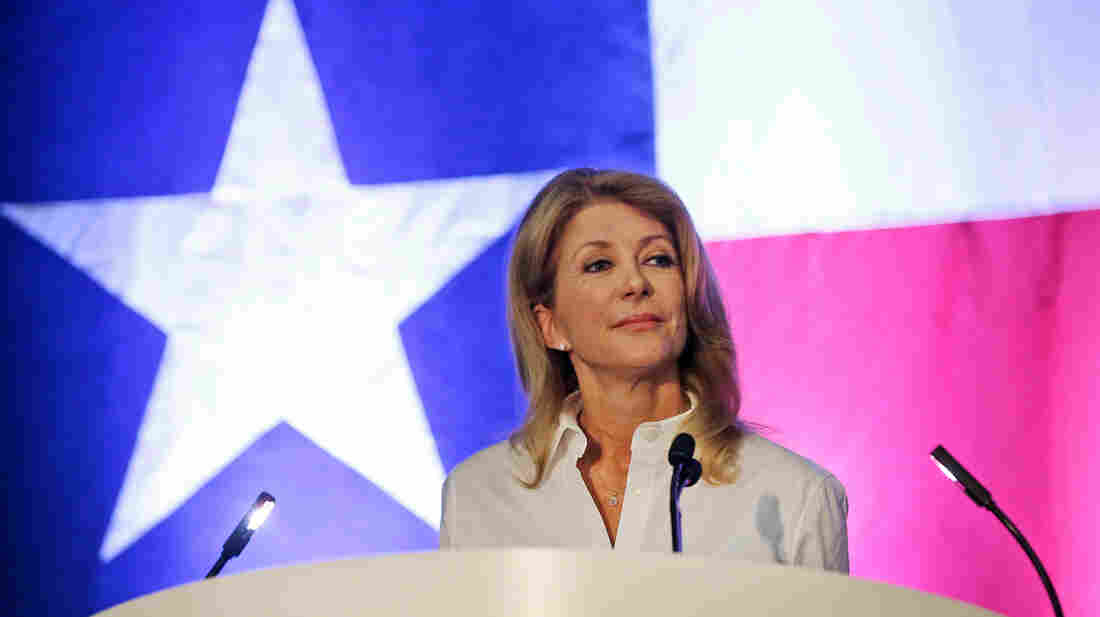 Texas gubernatorial hopeful and state Sen. Wendy Davis came to prominence when she opposed legislation restricting abortions. The bill eventually became law and is now blamed for the closure of abortion clinics across the state. LM Otero/AP hide caption 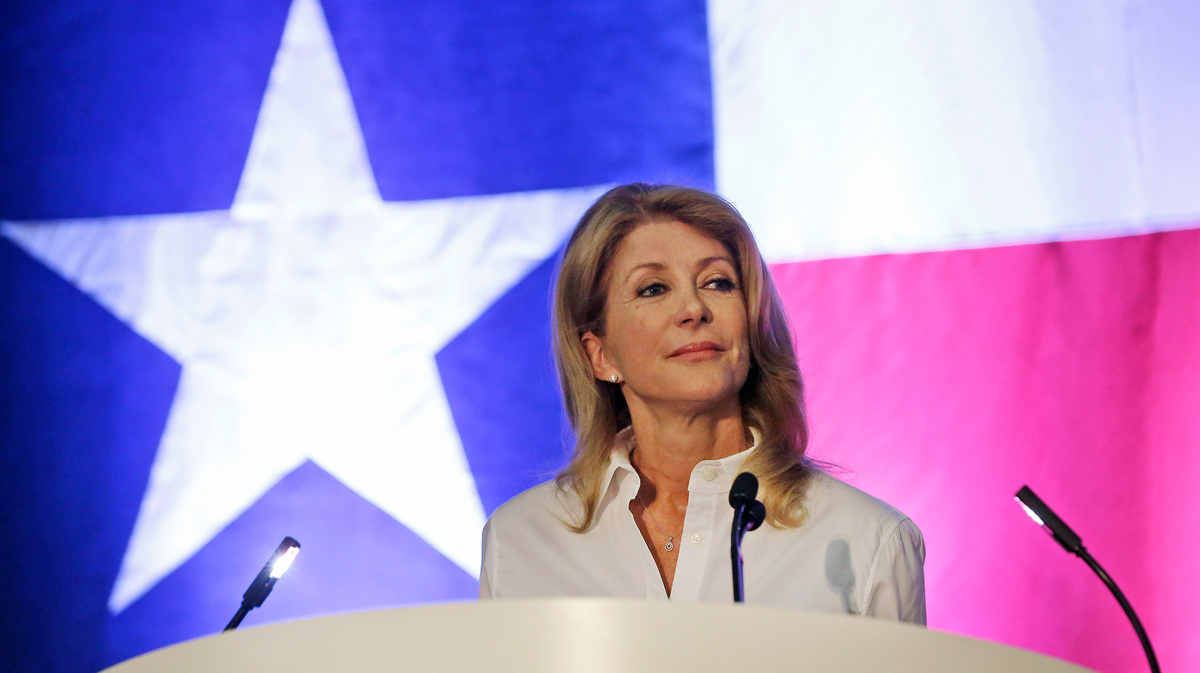 Texas gubernatorial hopeful and state Sen. Wendy Davis came to prominence when she opposed legislation restricting abortions. The bill eventually became law and is now blamed for the closure of abortion clinics across the state.

In a little over a year, the number of clinics that provide abortions in Texas fell to 20 from 41, and watchdogs say that as few as six may be left by September.

Many clinics closed because of a requirement that doctors at those clinics obtain hospital admitting privileges within a certain radius of the clinic, and many doctors couldn't comply. The requirement took effect last November. This week marks the first anniversary of the state law that started it all.

Bitter fighting over the law last summer propelled state senator Wendy Davis into the national spotlight, and she is now running for Texas governor on the Democratic ticket.

"We're seeing delays," said Heather Busby, executive director of NARAL Pro-Choice Texas. "We're seeing people being pushed further into pregnancy, having to leave the state, having to drive and sleep in their cars in parking lots because of these barriers to access."

The last restriction under the law goes into effect Sept. 1. All clinics that provide abortions at that point must have upgraded their facilities to ambulatory surgery centers. Busby says many can't afford it and more will close.

"This would basically force all the clinics to become mini-hospitals," Busby said. "They have to have hallway widths a certain length, and a janitor's closet, male and female locker rooms, which is completely unnecessary — and a bunch of other regulations that are really not appropriate or do anything to increase the safety of one of the safest procedures in the country."

Supporters of the law said it would protect women by making abortion safer. At the time of the law's passage, The Texas Tribune quoted Republican state Sen. Donna Campbell saying, "There's nothing in this legislation that will close a clinic. ... That's up to the clinic. If they want to put profit over a person, that's up to them."

Busby said abortion is already one of the safest office-based medical procedures, with a complication rate of less than .05 percent.

Busby predicted that after September only six or eight places will be left in Texas to get an abortion, unless a lawsuit stops the new requirement from going into effect. Whole Woman's Health is part of that lawsuit. The group previously had six reproductive health clinics in Texas but had to close two of them over the past year, Busby said.

It may have to close an additional three clinics that don't meet the new surgical center specifications, in Fort Worth, Austin and San Antonio. It would be left with just one, in San Antonio, that meets the new requirements.

Busby noted there are now no clinics that provide abortions in all of East Texas or in the Rio Grande Valley. She said the one clinic left in El Paso could close soon.

In Houston, the newly built headquarters of Planned Parenthood Gulf Coast does fulfill the ambulatory surgical center requirements, so it will remain open. But the status of smaller clinics remains unclear.

A call and email to Texas Right to Life for comment was not returned.

This story is part of a reporting partnership including NPR, Houston Public Media and Kaiser Health News.