Accessibility links
California Pharmacists Resist Translating Medicine Labels : Shots - Health News Adding a translation to the English label would require bigger bottles, pharmacists say. They worry patients would wind up carrying a few pills around loose — without any instructions at all. 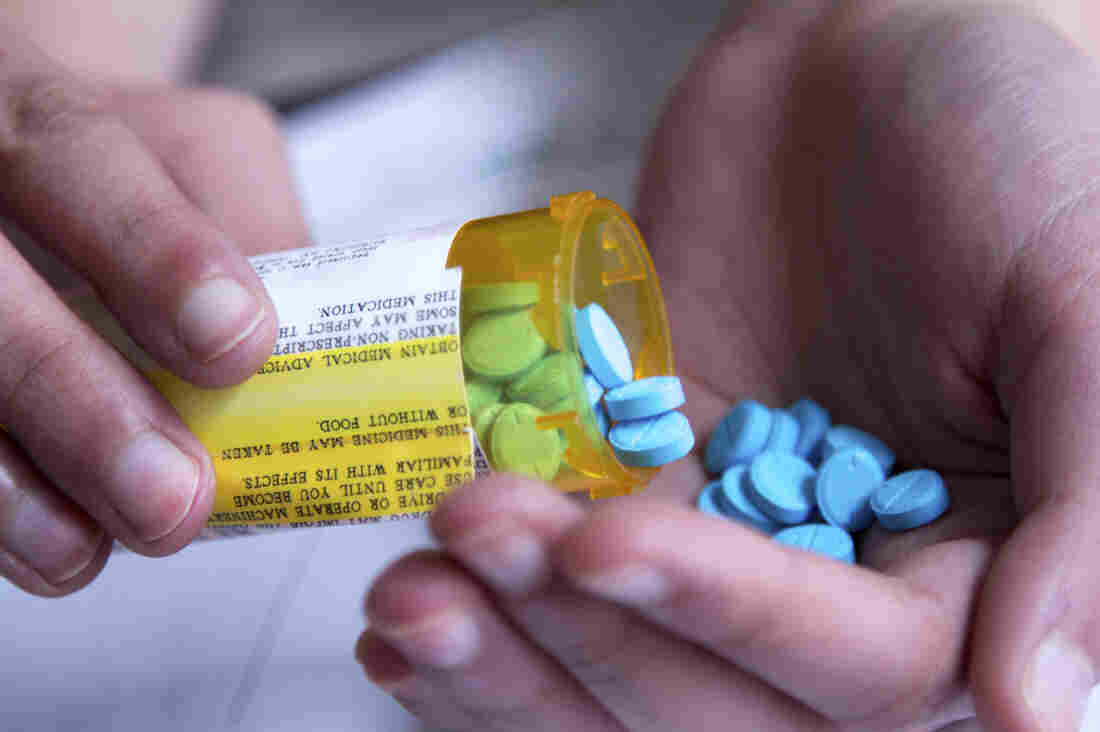 California's Board of Pharmacy is considering requiring all pharmacies in the state to provide bilingual labels on prescription medicines. Basecamp Imaging/iStockphoto hide caption

Every Saturday morning, a steady stream of Chinese and Vietnamese patients line up at the Paul Hom Asian Clinic in Sacramento. Most of them speak little or no English.

Patient Assistance Director Danny Tao says people come here to get free medical consultations and drug prescriptions. But when patients take those prescriptions to be filled, he says, they don't understand the instructions on the label.

"They go pick them up, and we don't exactly know if they're taking it or not — or if they know how to take it," Tao says.

Tao says drug labels at most pharmacies in California are printed only in English. That puts patients in danger of making any number of errors — taking too much medicine or not enough, or taking it at the wrong time of day. Such mistakes can cause serious harm or even death.

Tao says that all the drugs his clinic supplies directly to patients have a bilingual label — English and Chinese, or English and Vietnamese.

"By the time they get home," he says, "they know exactly how to take the medication, because it's in their own language."

This week California's Board of Pharmacy will discuss new regulations that would require all pharmacies in the state to provide translated labels on prescription drug bottles. Statewide, 44 percent of Californians speak a language other than English at home. New York approved a similar rule last year to make it easier for people who don't speak English to avoid costly mistakes when taking medicine.

But the board's executive officer, Virginia Herold, says the move is very controversial. For starters, there is a concern that requiring translated labels would require larger bottles of pills, too, in order to have room for the extra text. Patients don't like larger bottles, she says.

"They decant the drug out of the large container, put it in a baggie or someplace else," Herold says. "There, you've separated the drug from the container; now the instructions on how to take it have been separated."

Pharmacists don't like the proposal because they say it opens them to liability if there's a mistake in the translation.

"If the label is translated into Russian and there's an error, and I'm a pharmacist that does not speak Russian, I cannot verify that that error exists," says Brian Warren, of the California Pharmacists Association. He says that could increase the cost of malpractice insurance.

"It's an expense that will ultimately make its way down to consumers," Warren says, "and like all other health care costs, will eventually result in higher premiums."

For now, the state's board of pharmacy includes on its website translations of basic instructions such as "take one pill at bedtime" in five languages: Chinese, Korean, Russian, Spanish and Vietnamese. But both Herold and Warren say pharmacists never took to using them.

Proponents of translating the labels say any concerns about the change are outweighed by problems that patients who speak limited English are facing under the status quo.

"There's a risk right now," says Sarah de Guia, director of government affairs for the California Pan Ethnic Health Network, an advocacy group. The expansion of insurance under the Affordable Care Act puts even more urgency on the issue in California, she says, by adding 1.5 million more people who have limited English to the health care system.

The discussions are in the earliest stages. If new regulations go forward, many details still remain to be worked out, such as how many languages would be included, and who would be responsible for the translation.

This story is part of a partnership between NPR, KQED and Kaiser Health News.