Accessibility links
Why U.S. Hospitals Are Testing People For Ebola Virus : Shots - Health News The federal Centers for Disease Control and Prevention has ordered health care providers to test recent travelers at risk for Ebola virus. So far none of those tests have come up positive.

Why U.S. Hospitals Are Testing People For Ebola Virus

Why U.S. Hospitals Are Testing People For Ebola Virus 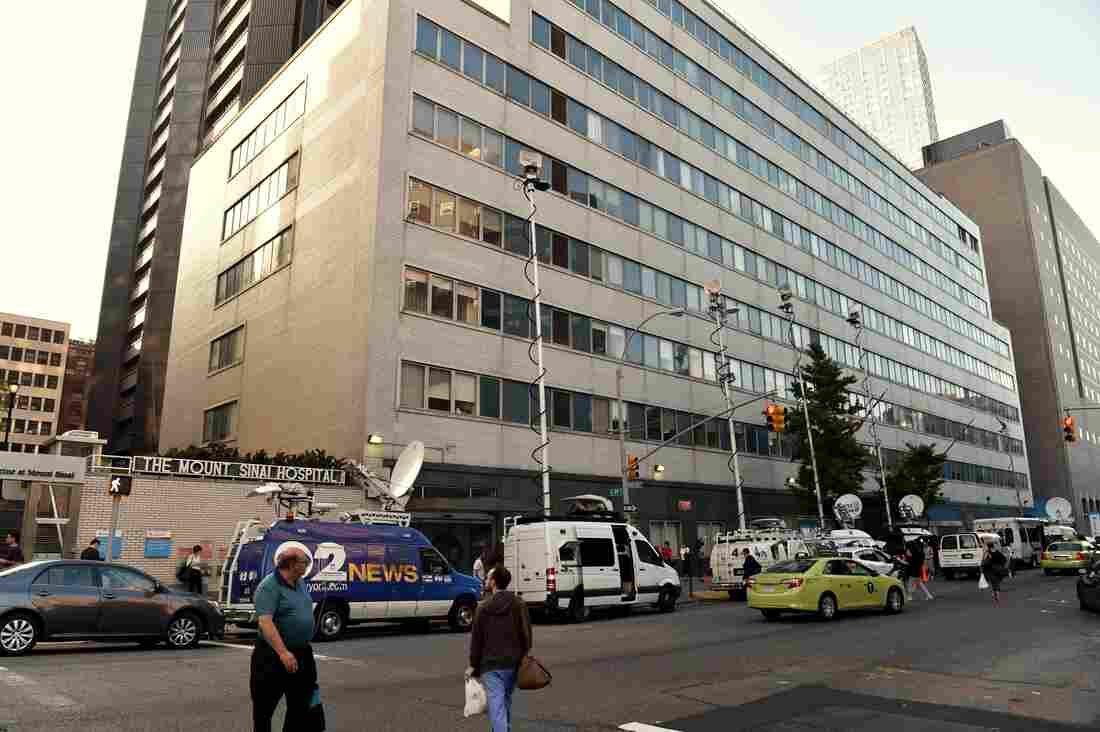 Television trucks converged on Mount Sinai Hospital in New York on Monday after it announced that it was screening a patient for Ebola virus. Stan Honda/AFP/Getty Images hide caption 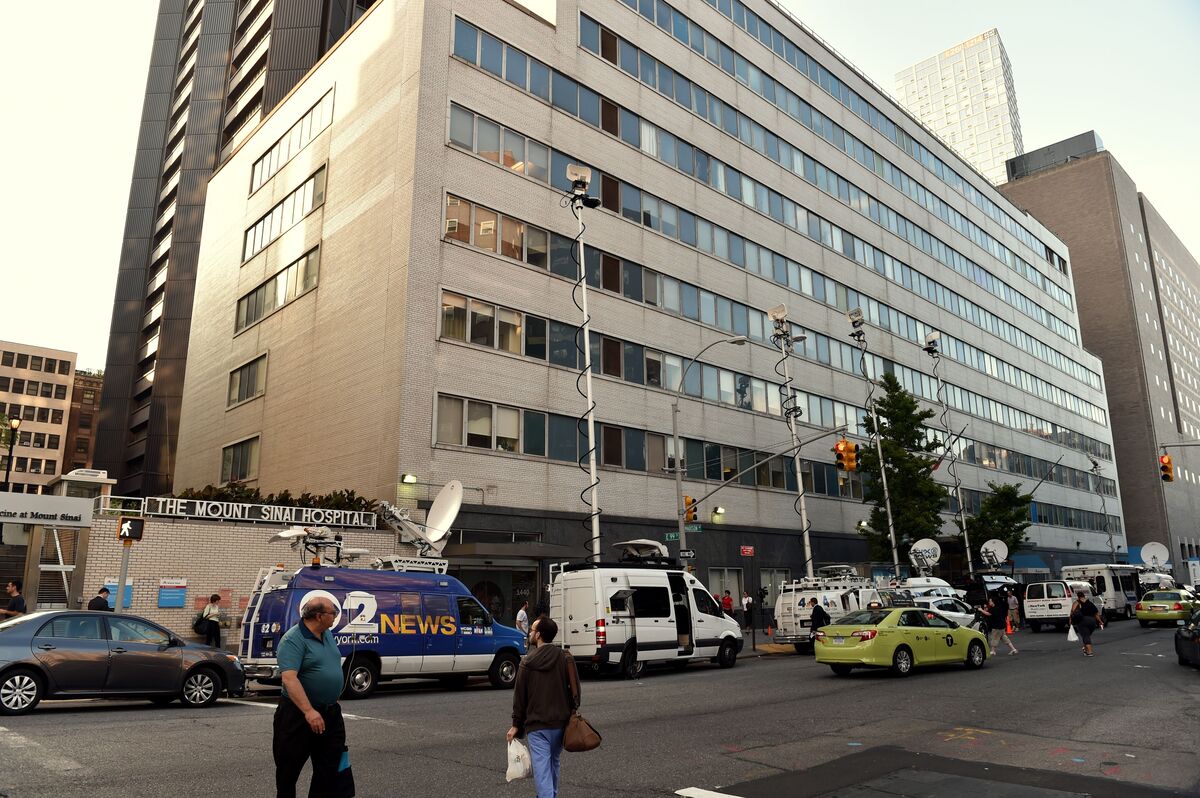 Television trucks converged on Mount Sinai Hospital in New York on Monday after it announced that it was screening a patient for Ebola virus.

If you show up at a hospital emergency department with a high fever and you just happen to have been traveling in Africa, don't be surprised if you get a lot of attention.

Hospitals are on the lookout for people with symptoms such as a high fever, vomiting and diarrhea who had been traveling in parts of West Africa affected by Ebola, following instructions from the federal Centers for Disease Control and Prevention.

On Monday, New York's Mount Sinai Hospital announced that it was evaluating a patient who had recently been in West Africa.

Ebola scare in the city: https://t.co/BU8srB5koR What you need to know about the Ebola virus: https://t.co/kxYs44FxHn pic.twitter.com/muEPntrMX6

New York Post is treating the non-case of Ebola with dignity and restraint pic.twitter.com/gBMcuEWMAD

NOOOOO someone in NYC is getting tested for ebola

In New York. Man selling papers outside the subway: "Read about the Ebola crisis! Have a great day!"

But those fears, though perhaps a boon for headline writers, were misplaced.

Later Monday, the New York City Department of Health and Mental Hygiene announced that "after consultation with CDC and Mount Sinai, the Health Department has concluded that the patient is unlikely to have Ebola."

if ebola spreads to NY im not going outside ever. Im wearing a hazmat suit and ordering takeout

The CDC's health advisory gives very specific advice on whom to screen for possible exposure and when to test people's blood for antibodies to the Ebola virus.

The CDC recommends that hospitals only test people who get a high fever within 21 days of having a "high-risk exposure," defined as contact with blood or bodily fluids of someone known to have or suspected of having Ebola.

So far hospitals around the country have reported 22 suspected cases to the CDC, an agency official said Monday, and only four met those requirements for testing.

"Malaria diagnostics should also be a part of initial testing because it is a common cause of febrile illness in persons with a travel history to the affected countries," the CDC said in its advisory.

Indeed, two of the four people tested had malaria, not Ebola. A third also tested negative for Ebola, and results are pending in the fourth person.

After consultation, Health Dept. has concluded that a @MountSinaiNYC patient is unlikely to have Ebola. Statement: https://t.co/DfSoztIgfH

Public health officials continue to note that U.S. hospitals are well versed in infection control procedures that would contain the Ebola virus, which because it is not airborne is harder to spread than tuberculosis or SARS.

"The standard, rigorous infection control procedures used in major hospitals in the US will prevent spread of #Ebola here," CDC director Dr. Tom Frieden wrote in a Twitter chat.

The standard, rigorous infection control procedures used in major hospitals in the US will prevent spread of #Ebola here. #CDCchat