Accessibility links
Preventing HIV With Medicine Can Carry A Stigma : Shots - Health News No doctor would refuse to prescribe cholesterol-lowering statins to patients because they're overweight. But despite guidelines, some doctors aren't offering preventive drugs to those at risk for HIV. 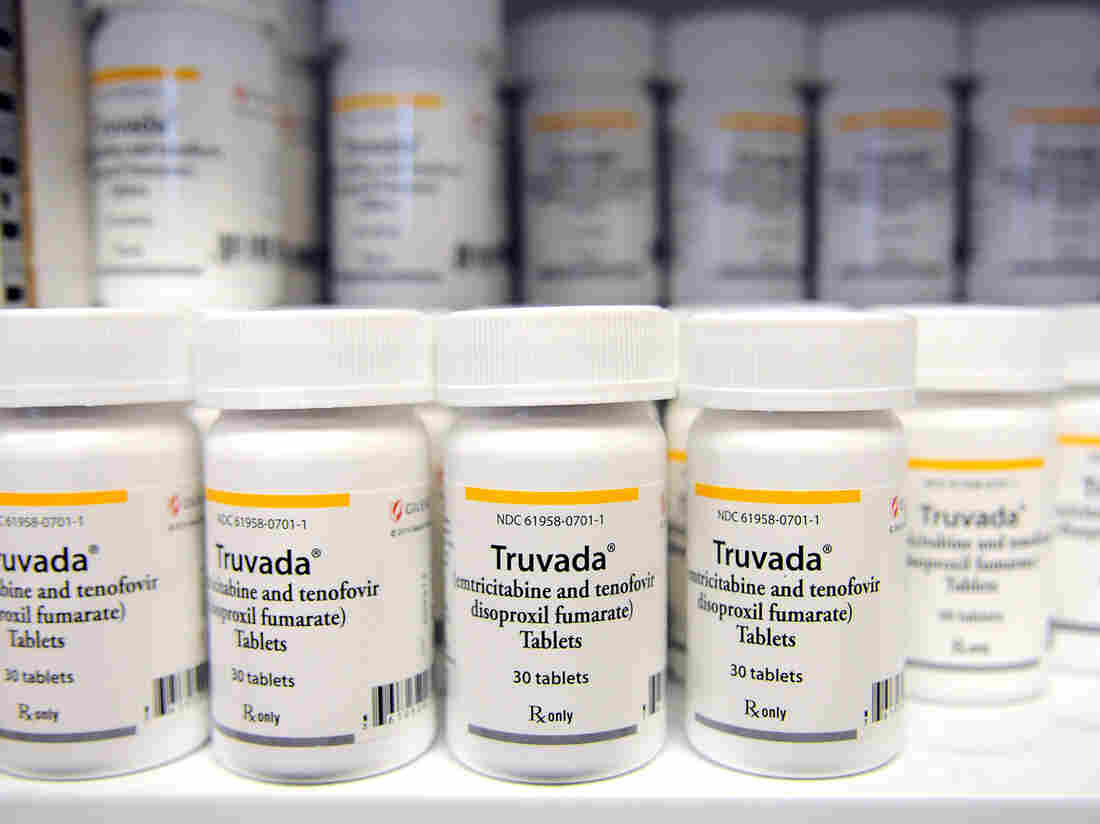 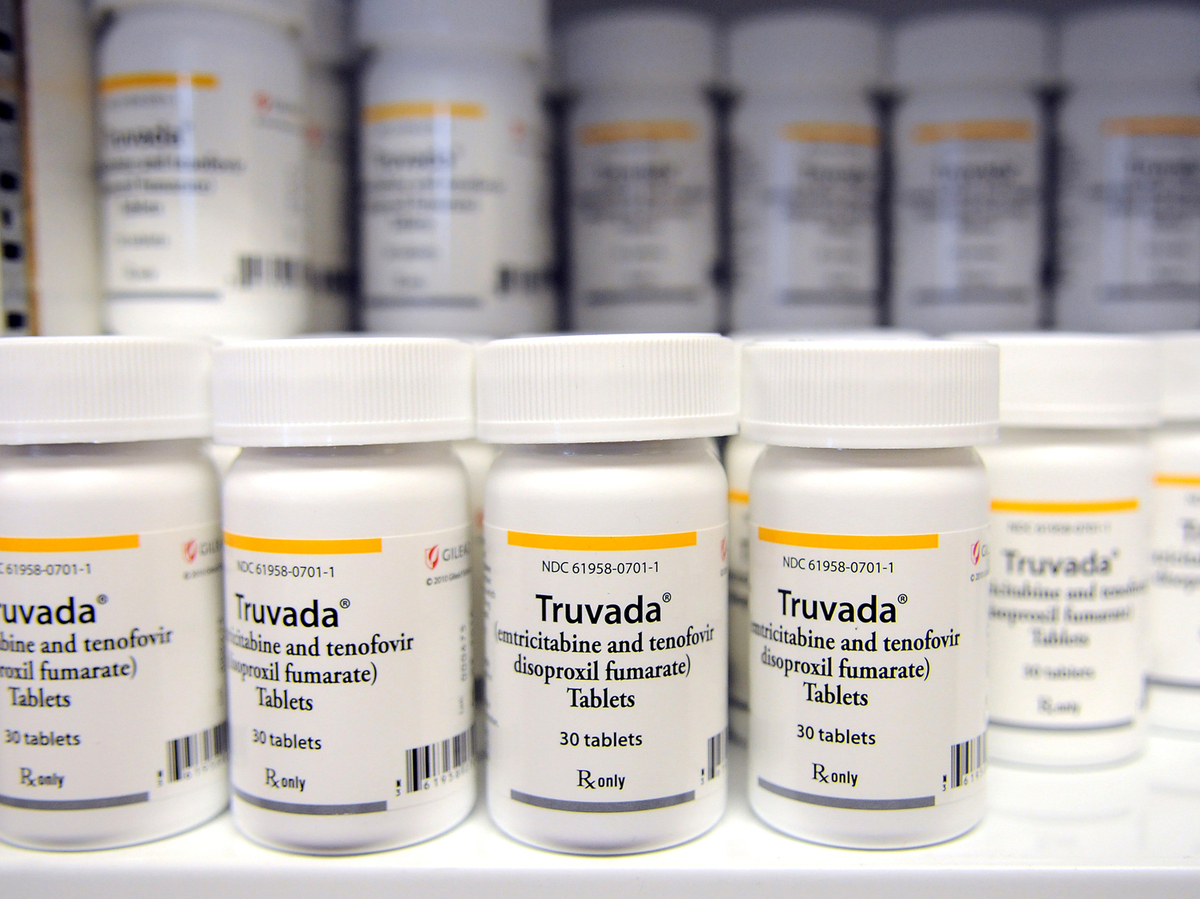 Truvada, an FDA-approved drug to help prevent HIV infection, is among the AIDS drugs that fill pharmacy shelves at the Whitman-Walker clinic, a Washington, D.C., community health center. 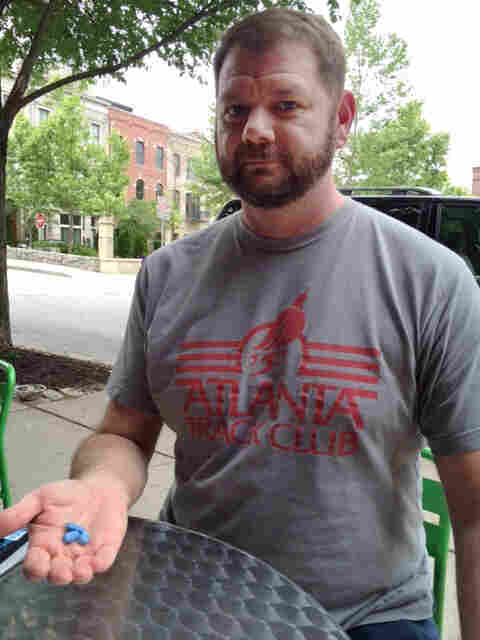 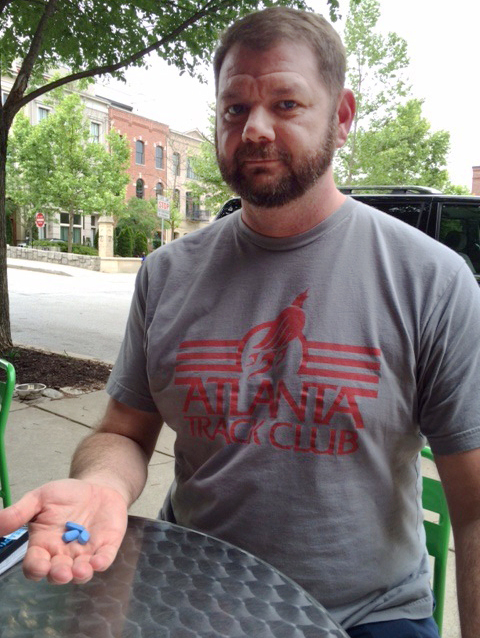 In order to slow the spread of HIV, certain people who do not have the virus but are at risk should take medicine to prevent becoming infected. That's the recommendation of the Centers for Disease Control and Prevention and, just recently, the World Health Organization.

The preventive treatment is known as PrEP, for pre-exposure prophylaxis.

Eric McCulley made the decision to start PrEP. He's 40, gay and HIV-negative. Outside an Atlanta coffee shop, he pulls out a plastic baggy with a few blue pills.

"They're a decent size, actually," he says. "Some people might call them a horse pill."

The pill is called Truvada, a combination of two drugs used to treat HIV. Despite McCulley's negative HIV status, he's taken the pill daily for the past few months.

After hearing about the treatment and doing extensive research on his own, McCulley made an appointment with his primary care doctor earlier this year.

So far, McCulley says, the only change the drug has made in his life is in his attitude.

"I have what I was looking for. I have peace of mind. I feel like I've taken responsibility for my health," he says.

But some PrEP users worry that not everybody in the medical community is up to speed. Although Truvada has been on the market for a decade, only recently have prescribing guidelines been available.

Dylan West is a 25-year-old Atlanta resident and works in international aid. He is also gay and recently found out firsthand that not every doctor is as familiar with PrEP as McCulley's is.

Some gastrointestinal problems recently landed West in the emergency department. He'd started PrEP after beginning a relationship with someone who's HIV-positive. One of the doctors in the emergency room noticed that West listed Truvada as a medication he regularly takes.

"She immediately, without asking any questions, just said, 'Well, we should probably test for gonorrhea, syphilis, HIV/AIDS — the list,' " he says.

West thinks that physician made a "rash assumption" about his sexual practices because he was on Truvada. West knew stigma was something he might face. Some people within the lesbian, gay, bisexual and transgender communities have gone as far as to label those on PrEP as "Truvada whores."

Plotting The American Role In Fighting The AIDS Epidemic

Plotting The American Role In Fighting The AIDS Epidemic

"The assumption being, you're on Truvada, so you probably run around having sex with whoever you can," he explains.

Dr. Melanie Thompson says she's heard that before. She's the principal investigator of the AIDS Research Consortium of Atlanta, and has long worked in HIV research. She has encountered reluctance from some to prescribe PrEP because of lack of knowledge about it.

"This is an interesting thing to me," she says, "because doctors who say, 'I don't want to prescribe PrEP to somebody who might be at risk for HIV because they might not use condoms' — you know, it's an approach we wouldn't take in other areas of medicine."

Thompson says no doctor would refuse to prescribe cholesterol-lowering statins to patients because they're overweight. Somehow, the conversation around PrEP is different.

"So I think it's a very interesting moralistic attitude that soon will be outdated. But I do think that this is a barrier for some patients," Thompson says. "They feel stigmatized. And honestly, health care providers need to step up their game and do better than that."

A CDC spokeswoman said via e-mail that lack of awareness and knowledge among health care providers is one of the primary challenges to PrEP's success.

But both Thompson and CDC officials hope the new treatment guidelines will help overcome any barriers.

This story is part of a reporting partnership among NPR, WABE and Kaiser Health News.