Accessibility links
Playing Video Games Can Help Or Hurt, Depending On Whom You Ask : Shots - Health News Playing video games for an hour a day may make children happier and more satisfied, one study says. But another finds that playing violent games is associated with risky behaviors. 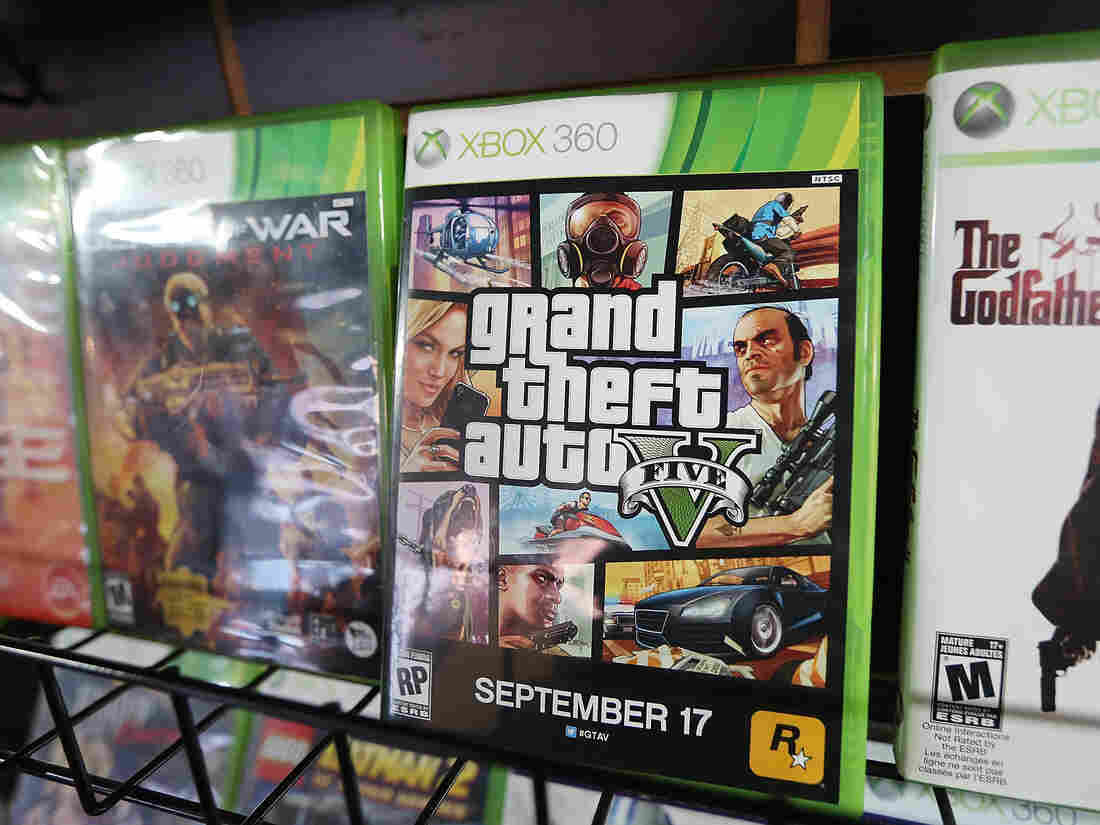 When it comes to the effects of video games, content matters. Mario Tama/Getty Images hide caption

Parents worry that video games are bad for kids, but the evidence on how and why they may be harmful has been confusing.

"Most of popular media puts the most emphasis of concern on aggression," says psychologist Jay Hull from Dartmouth College. "But aggression is just the tip of the iceberg."

So Hull looked at other negative behaviors that could be affected by gaming, including binge drinking, smoking cigarettes and unprotected sex. His study found that teenagers who regularly play violent video games such as Manhunt and the Grand Theft Auto series are more likely to take those risks.

The study was published Monday in the Journal of Personality and Social Psychology.

"They might think 'I've done much worse things in these games,' " he told Shots. "They're less likely to find things as being wrong that other people would find wrong."

But teenagers who played aggressive games that had noble protagonists were not as likely to engage in risky behaviors, the latest study found. That included Spiderman II, in which the player is a web-slinging vigilante with good motives, rather than a thug for hire.

It's A Duel: How Do Violent Video Games Affect Kids?

In another study published this week, scientists looked at both the negative and positive effects of video games.

One hour or less of video game play per day is associated with children and teenagers ages 10 to 15 being happier and more satisfied than those who do not play at all, a study published Monday in Pediatrics found. But the study also found that kids who played in excess of three hours daily were less satisfied with their lives and had more difficulties both socially and personally than nongamers.

His study looked at survey responses from nearly 5,000 children in the Understanding Society UK Household Longitudinal Study. Unlike many studies in this field, this study looked at both the positive and the negative effects of video game playing.

The impact of video games on a child's social well-being is modest at best, Przybylski says, accounting for only 2 percent of a child's psychological and social function. Other factors, such as family life, play much bigger roles, he says.

Neither study proves that the video games are the cause of changes of behavior or emotions, says James Ivory, an associate professor at Virginia Tech who analyzes the effects of video games. He was not involved in either study.

Rather, he says that both studies support the idea that video-game play can be used to understand a teenager's family and environment. Teens who do not play video games at all may be socially isolated, Ivory says, and parents who allow teens to play violent adult games might be less focused on preventing risky behaviors.

"If a parent is just worried that their kid is playing Grand Theft Auto, and not worried about other factors that influence their kids," Ivory says, "then they're looking the wrong way."