Accessibility links
A Life Of Anxiety Documented : Shots - Health News John Keedy used to be uncomfortable talking about his problems with anxiety, but not anymore. He hopes his series of photos will help others with mental illness see that they're not alone.

A Life Of Anxiety Documented

A Life Of Anxiety Documented

"I hate to say it, but I was embarrassed by it," he tells Shots.

Years later, Keedy, 29, started shooting a series of photographs about his condition. The images are deeply personal, and striking. In person, they're more than 3 feet long and 2 feet wide.

Now, he says, he wants to show them off, "if only to help a couple of people who are going through the same thing in some way feel that they're not alone in this."

We asked Keedy, who now lives in San Antonio, about his creative process and the challenges of portraying mental illness. The conversation has been edited for length and clarity.

Where did the title of the series — "It's Hardly Noticeable" — come from?

The title actually came from something I wrote in one of my journals. At the time I was so convinced I was doing such a great job of concealing my anxiety, when really I wasn't.

So it's ironic, a little tongue-in-cheek. The images themselves are so theatrical, and over the top and not by any means subtle. But it's like, 'Don't worry, it's hardly noticeable.' 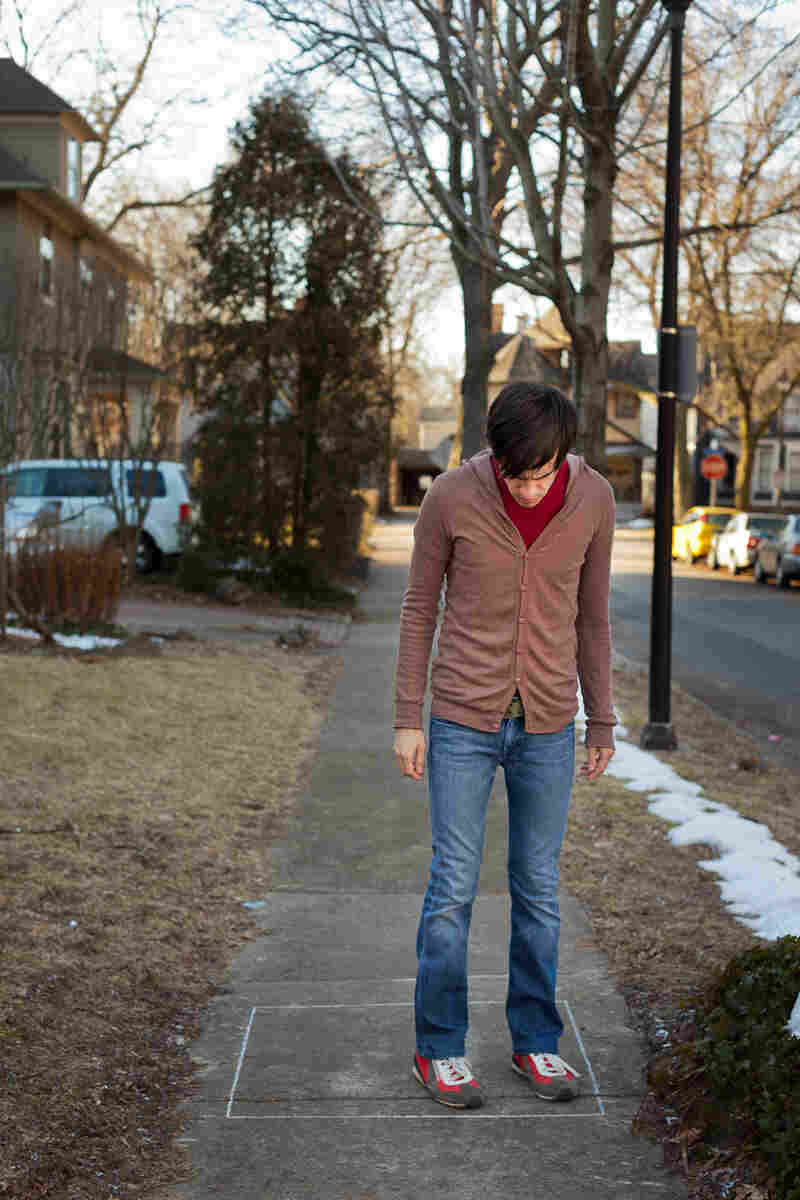 Your photos depict an anonymous character, modeled by you. To what extent do you identify with him?

I would love to say, 'Oh, that's totally somebody I just invented.' And it's really not. But it's easier for me to talk about it in terms of the character, so I keep calling him the character.

I'm sort of protective of him, and I worry that people will get the wrong idea about him. Because my concern is that if people view just the images without the figure and look at the actions, their minds will conjure up this image of this crazy-haired, wild-eyed person. And that's not who the vast majority of people facing these challenges are.

He's just an average person, just a normal man. He's just like anybody.

When did you start shooting the photographs?

It took seven or eight years after I was diagnosed with an anxiety disorder before I started making these images. And to be completely honest, this started as a way for me to indulge my own anxieties and my own compulsions, but still stay productive in a way.

A lot of the images portray these repeated actions, and I actually performed the actions. So there's the image with the floss in the sink. I flossed with 300 of these flossers. Thinking about it still makes my gums hurt.

But to be honest, for the most part it wasn't completely unpleasant. There's some comfort in the repetition for me. So the project sort of allowed me to indulge in this sort of thinking for a set period of time, and when I was done with a photo, it was fine to get it back under control.

The floss one hurt a lot, though.

At what point did you decide to show them to the public?

It wasn't originally something that I planned on showing to a lot of people. I was worried about what people were going to think about me and about my mental state.

But after showing them to a few people with mental disorders, and hearing them say that they identified with them, I thought it was important to make an effort to show them more.

There's a stigma that goes with having a mental illness. It comes with this idea of weakness of will. Which is weird, because if somebody had a broken arm you'd never tell them to will their way out of it. 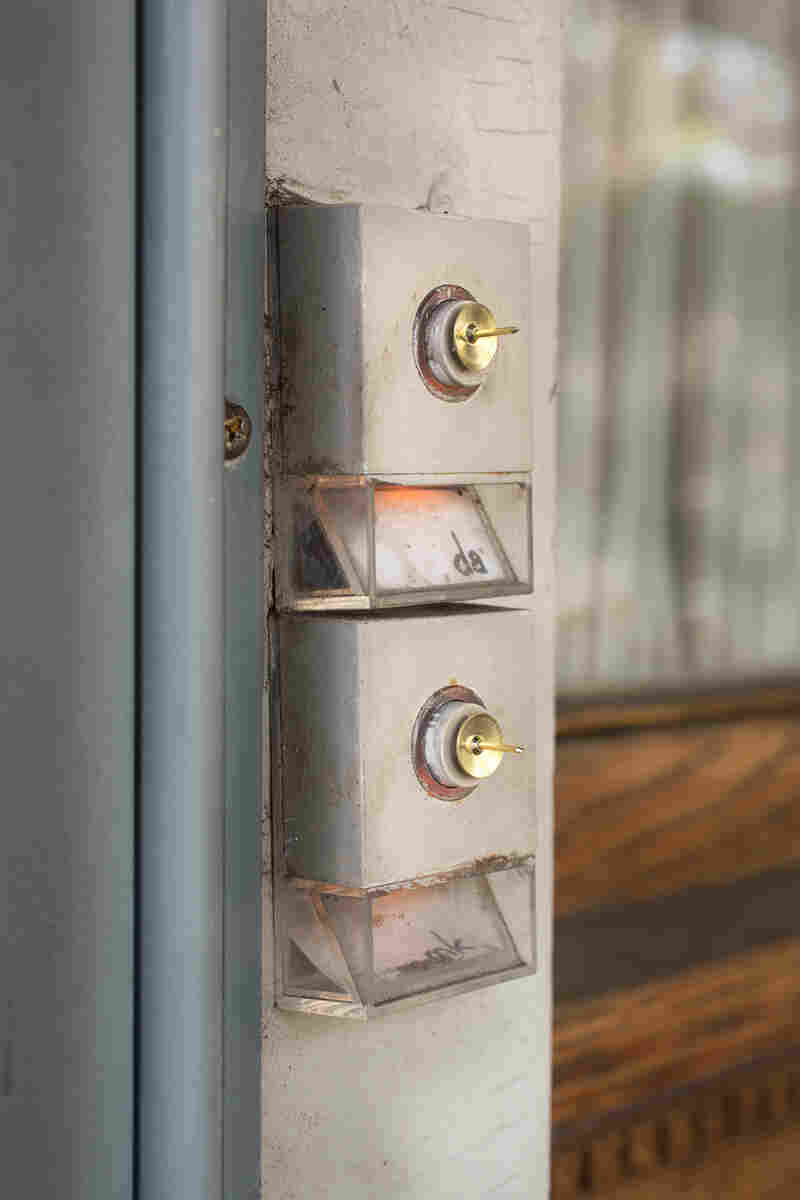 And because it's not something that a lot of people talk about, it's easy to feel that you're alone, that you're the only one who's having these thoughts and feeling these feelings.

Was it hard to explain what anxiety feels like?

The idea of mental illness for those that haven't experienced it firsthand is that it's something purely psychological. But for me, a lot of it was physical. Trying to put that into words and describe what it felt like was difficult.

The photograph that's the most personal and that makes me the most nervous is the one with the doorbell with the thumbtacks on it. When my anxiety was at its worst, I had this really conflicted relationship with other people. 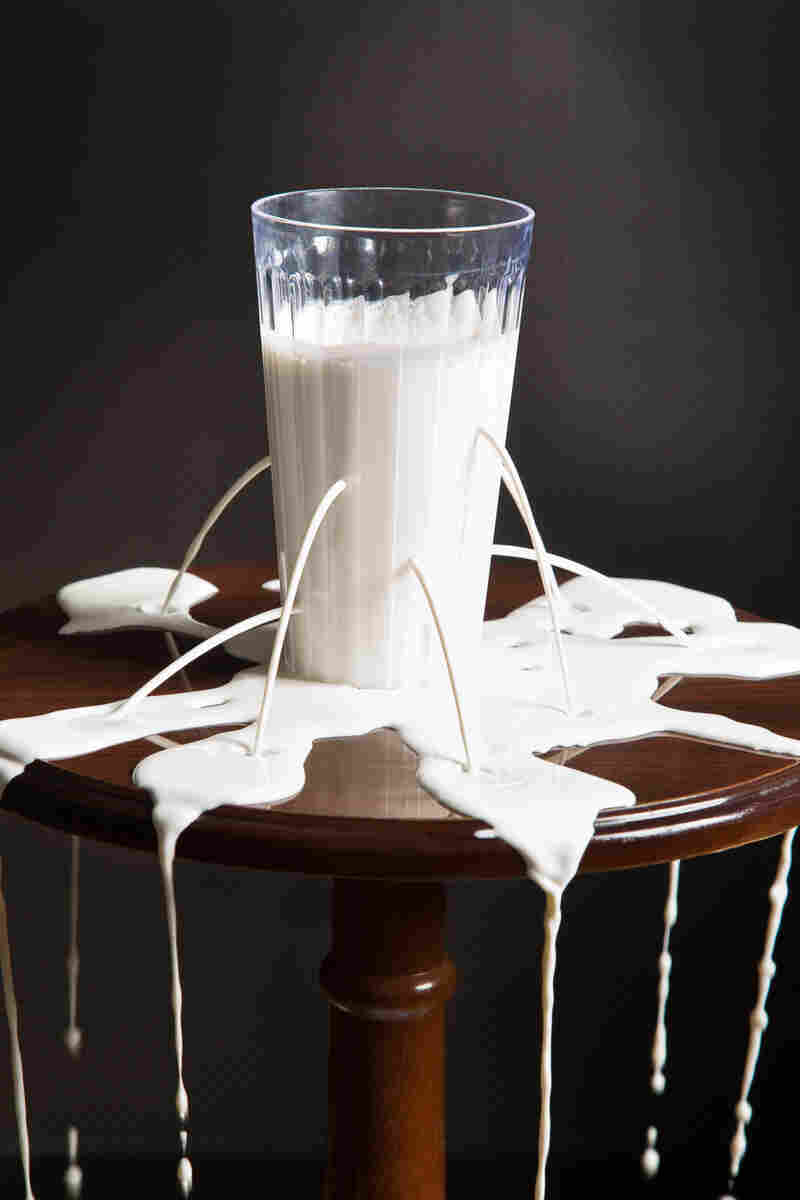 So the doorbell image really sums up that feeling. You know, the doorbells work, and the lights are on inside. But in order to use them, you have to go though this really physical pain.

Your photos are really arresting, but some of them also have an element of humor. The photo of the leaking glass of milk, for example. It's like your character is trying to stay positive, to see the glass as being half-full but it's just not working out.

It's also a wink and a nudge to Sisyphus: You're constantly working to make sure the glass stays full. And to the idea of 'crying over spilled milk.'

I have a hard time taking myself too seriously. And when I was dealing with this at its worst, a lot of the way I coped with it was through humor. If I joked about it, then it wasn't that bad.

Mental illness is a very serious, intense subject. And it's already something that people don't like encountering and discussing. So I use humor to sort of make my photos a little bit more accessible.