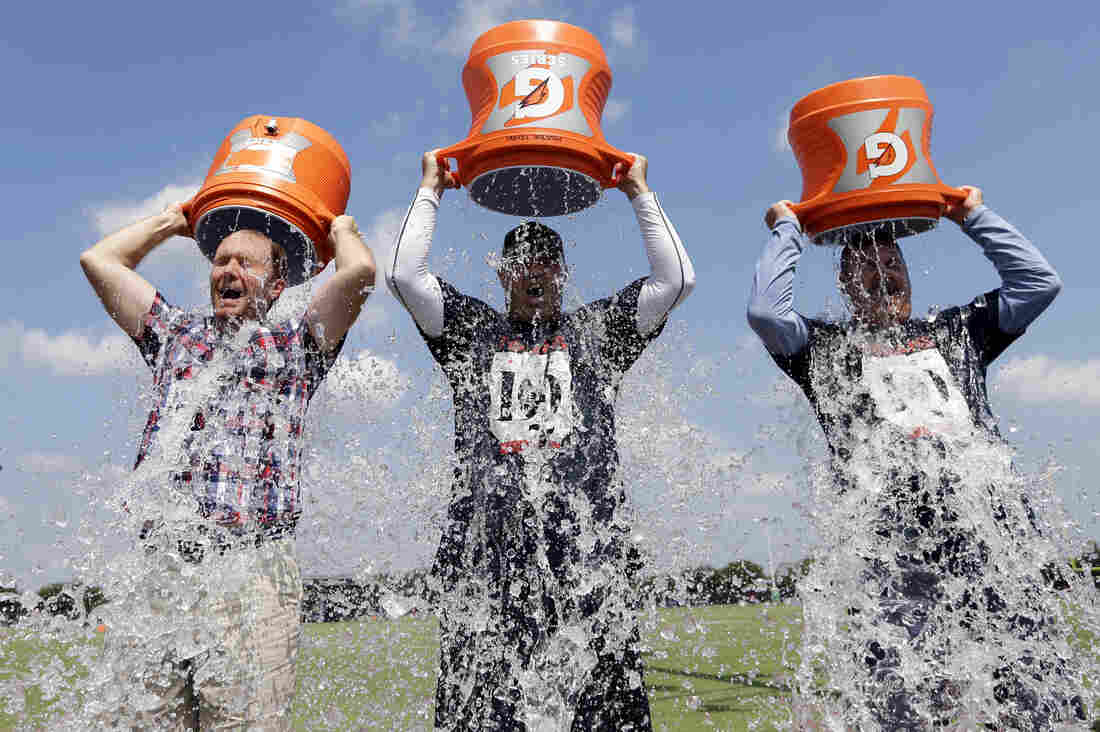 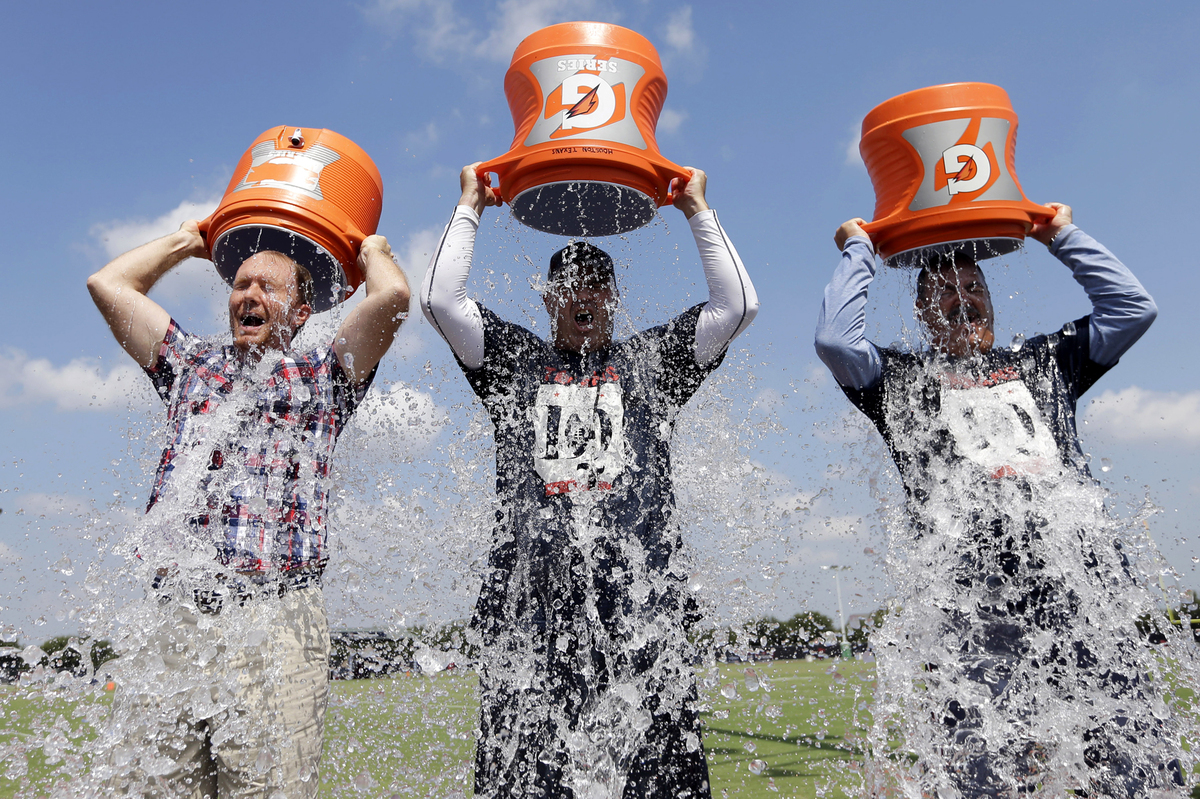 While your Facebook friends douse themselves with buckets of ice-cold water to raise money to fight amyotrophic lateral sclerosis, an international team of scientists said they'd taken a small step toward drowning out the deadly disease.

Researchers from the Scripps Research Institute and the Mayo Clinic developed a new drug that combats molecular contributors to ALS, which currently afflicts more than 30,000 Americans.

Commonly known as Lou Gehrig's disease, ALS gradually damages nerve cells that control muscles. Early symptoms may include difficulty walking and slurred speech. Over time, people lose the ability to stand and walk. As muscles in the chest weaken, breathing becomes difficult. The disease is fatal. Many people die from respiratory complications.

There is no cure for ALS and only one FDA-approved drug treatment, which only slows its advances a little.

"ALS is one of the worst diseases you can get," says Matthew Disney, a chemist at the Scripps Research Institute in Florida, and an author of the study. "If we don't understand its biology, we can't make a therapeutic treatment."

Recently, scientists identified a mutated gene called C90RF72 that is linked with ALS. That gene can produce a toxic protein, which scientists think may contribute to the disease.

The team is working on a potential drug treatment that would disrupt production of the protein, reducing it by half in some lab experiments. The interdisciplinary group published their work Thursday in the journal Neuron.

Though other researchers are also working on ways to combat ALS, Disney says that his team is the first to focus on a pill that could be taken to block the potentially dangerous protein.

"Given the severity of this disease, it's important that as many possible approaches are brought to the table," Disney tells Shots.

The team also found that they could detect within a patient's cerebrospinal fluid a previously known marker for the toxic protein. That finding, Disney said, would allow scientists and doctors to assess how well a drug aimed at shutting down the protein is working in patients.

"It's very exciting because it's such an important leap forward to a developmental approach," said Lucie Bruijn, chief scientist for the ALS Association. Although she also cautions, "We can't be too definitive yet. It's in an early stage, but it's fantastic that we've come this far."

The experiments with the drug are at a very early state. So far, the medicine has only been tested in cells grown in the lab. Also, the biomarker the researchers developed does not indicate how advanced the ALS is in someone who shows signs of the disease.

Still, Disney says, the clinical implications of this work could be both a way to identify if someone has ALS and then a targeted way to treat it.

But Disney says the work, hasn't resulted in any licensing agreements or partnerships with drug companies. It's too early for that, he says, underscoring how the approach, even if successful, is a very long way from resulting in a medicine that could be put into clinical practice.