Accessibility links
What Kids' Drawings Say About Their Future Thinking Skills : Shots - Health News There's a link between how children draw at age 4 and how well they perform on intelligence tests at age 14, researchers say.

What Kids' Drawings Say About Their Future Thinking Skills

What Kids' Drawings Say About Their Future Thinking Skills 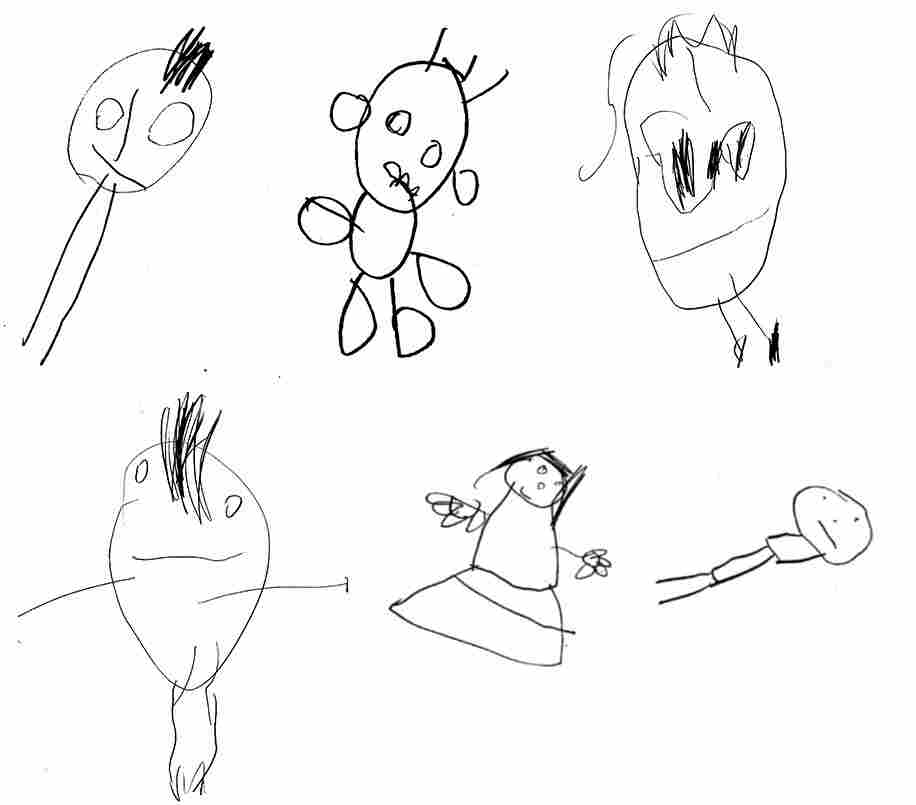 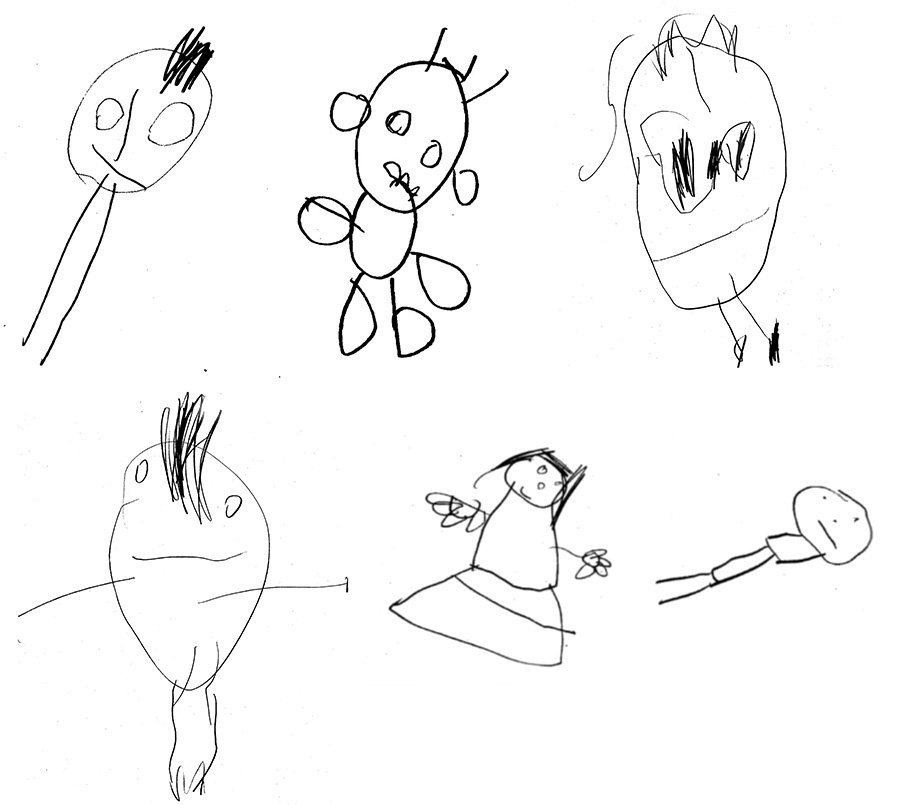 Researchers asked 4-year-olds to draw a child. Here's a sample of their artwork.

At age 4, many young children are just beginning to explore their artistic style.

The kid I used to babysit in high school preferred self-portraits, undoubtedly inspired by the later works of Joan Miro. My cousin, a prolific young artist, worked almost exclusively on still lifes of 18-wheelers.

These early works may be good for more than decorating your refrigerator and cubicle, researchers say. There appears to be an association, though a modest one, between how a child draws at 4 and her thinking skills at 14, according to a study published in the journal Psychological Science.

The findings don't mean parents should worry if their little ones aren't producing masterpieces early on. But the study suggests that intellectual and artistic skills may be related to each other in a way that reveals something about the influence of our genes.

Researchers from King's College London enlisted 7,700 pairs of 4-year-old identical and fraternal twins in England to draw pictures of a child. The researchers scored each drawing on a scale of 0 to 12, based on how many body parts were included. All of the kids also took verbal and nonverbal intelligence tests at 4 and 14.

Kids with higher drawing scores tended to do better on the intelligence tests, though the two were only moderately linked. And that was expected, says Rosalind Arden, a cognitive geneticist who led the study while at the King's College Institute of Psychiatry. The drawing test researchers used was first developed in the 1920s to measure children's cognition. And studies have shown the test to be useful but not always accurate.

In a surprise to the researchers, the drawings and the test results from identical twins (who share all their genes) were more similar to one another than those from fraternal twins (who share only half their genes). "We had thought any siblings who were raised in the same home would be quite similar," Arden tells Shots. The findings add to the growing body of evidence that suggests genes can play a role in both artistic and cognitive ability, she says.

This doesn't mean that a child's genetic predisposition necessarily hurts his or her chances of succeeding in artistic and intellectual endeavors, Arden says. As previous studies have shown, countless factors affect a person's abilities — and genes are only one of them.

How would Jackson Pollock and Mark Rothko have done on the drawing test when they were kids? Arden says she and her colleagues are trying to figure out whether judging the children's art in some other way (maybe based on creativity instead of accuracy) would reveal something different about their intelligence.

But we shouldn't assume that these abstract masters couldn't draw realistically, Arden says. Picasso was a prodigy, who could draw everything from birds to busts with amazing accuracy at a young age. In fact, the artist famously said he easily learned to draw like Raphael when he was young, but it took him a lifetime to learn to draw like a child.

The most amazing thing about the drawings collected for this study is that they represent such a range of both ability and style, Arden says. "I had a fantastic time looking through them."