Accessibility links
California Trees Nailed As The Source Of Mystery Infections : Shots - Health News Nobody knew how people in Southern California were getting infected with the life-threatening fungus C. gattii. A 13-year-old helped figure out the source: three types of trees.

California Trees Nailed As The Source Of Mystery Infections

California Trees Nailed As The Source Of Mystery Infections 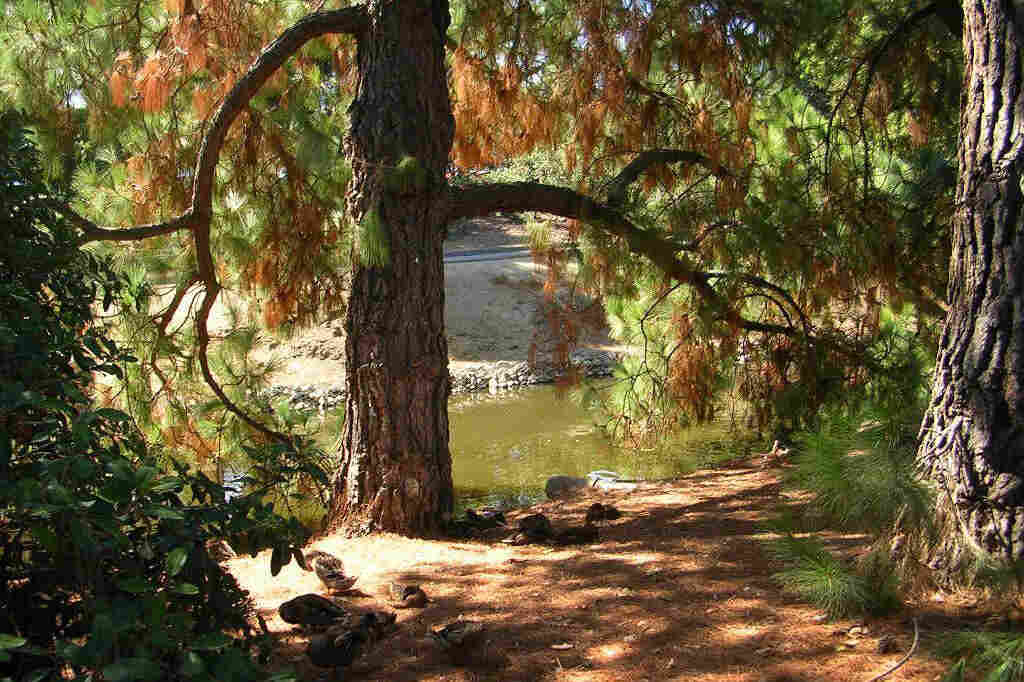 The Canary Island pine is one tree species that hosts a fungus that causes disease in humans. Shamanic Shift Center/UC Davis/Wikimedia hide caption 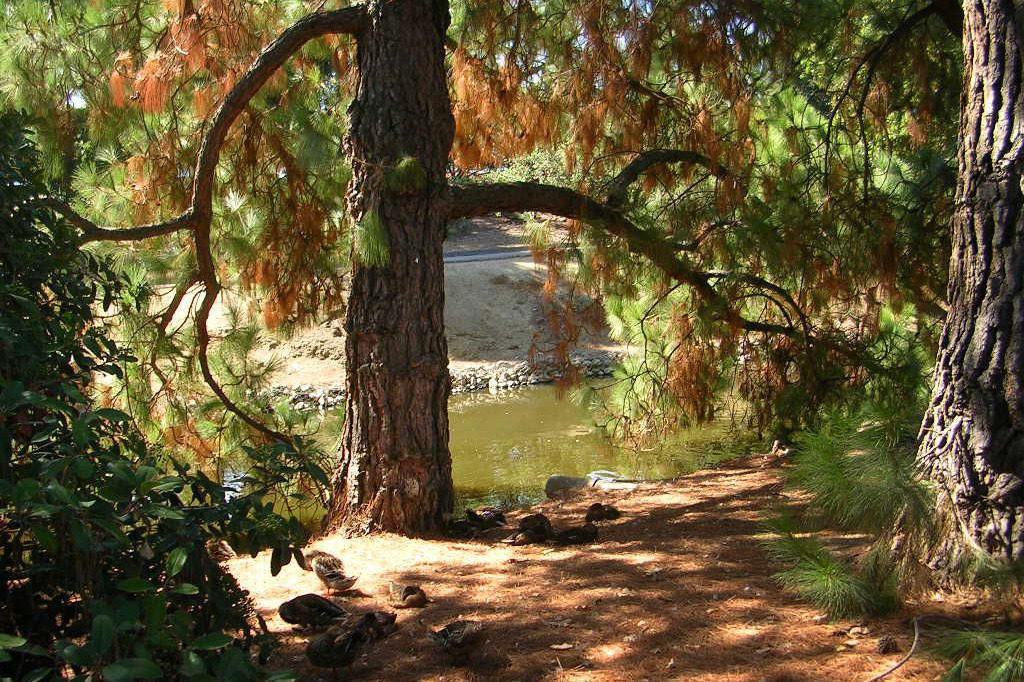 The Canary Island pine is one tree species that hosts a fungus that causes disease in humans. 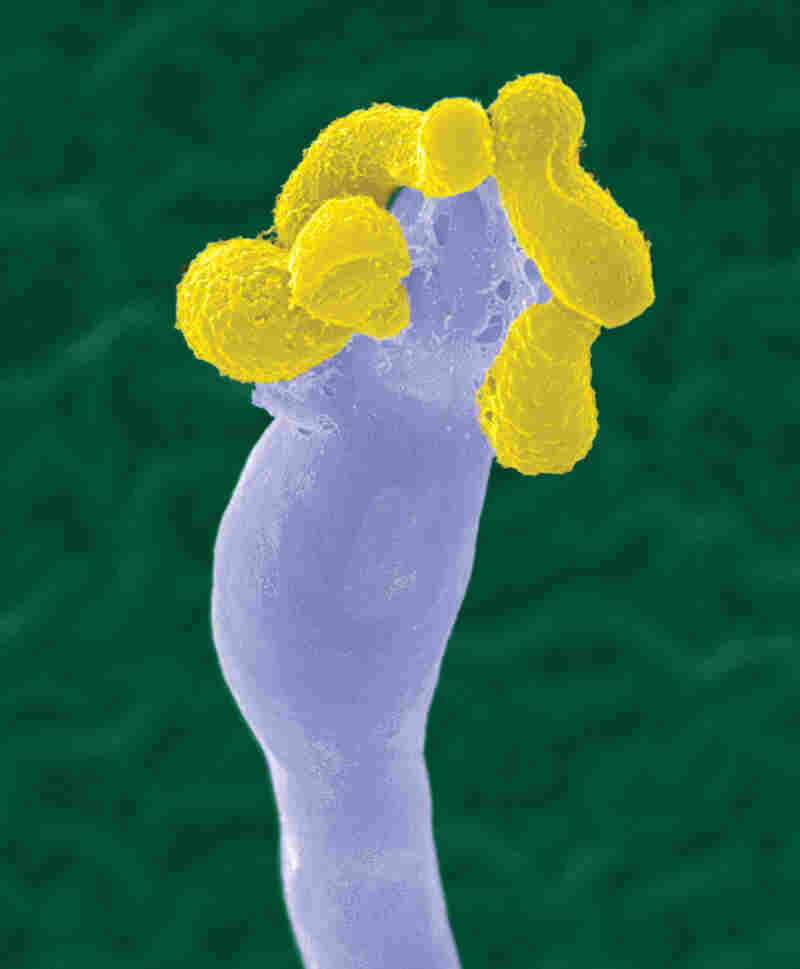 A false-color electron microscope image of the fungus Cryptococcus gatii, which can cause fatal illnesses in humans. The yellow areas are spores. Microbial Pathogenesis/Duke University hide caption 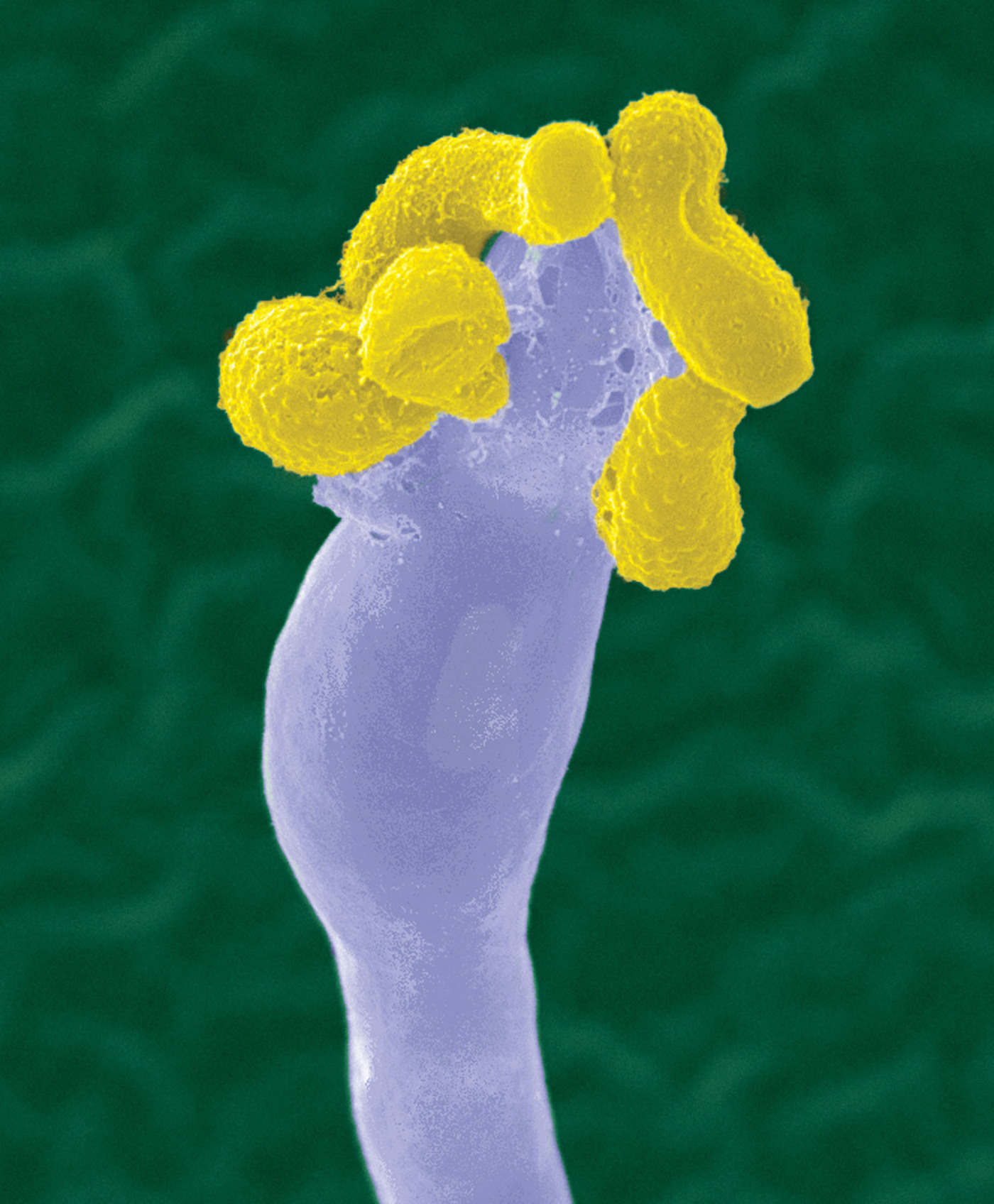 A false-color electron microscope image of the fungus Cryptococcus gatii, which can cause fatal illnesses in humans. The yellow areas are spores.

A fungus called Cryptococcus gattii can cause life-threatening infections, especially in people with compromised immune systems. One-third of AIDS-related deaths are thought to be caused by the fungus.

But though people in Southern California have been getting sick from C. gatti for years, nobody knew how.

A different form of the fungus has been making people sick in the Pacific Northwest, where it grows on Douglas fir trees. But there are no Doug firs in Los Angeles.

"We had a good idea that the fungus was going to be associated with trees," says Deborah Springer, a postdoctoral fellow at Duke University who studies C. gatti. "We just didn't know what trees."

And she didn't have the time to find out.

But someone did: Elan Filler, a 7th grader who was looking for a science fair project. Her dad, Dr. Scott Filler, an infectious disease specialist at the University of California, Los Angeles, ran into Dr. Joseph Heitman, Springer's advisor, at a conference, and told him about Elan. Heitman told Springer. 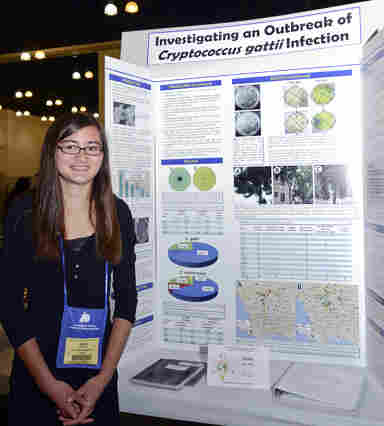 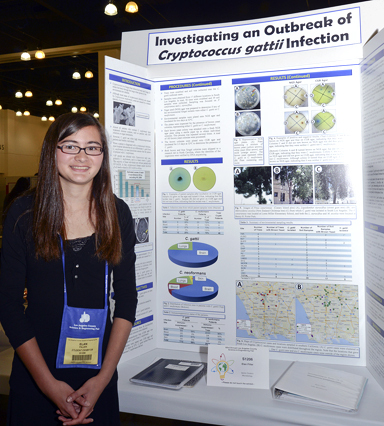 Elan Filler at the LA County Science and Engineering Fair with her project on Cryptococcus gattii.

Elan Filler and Springer connected on email and figured out a plan. Soon Elan was making her way around greater Los Angeles, swabbing tree trunks and growing out the fungus in Petri dishes. None of the eucalyptus trees in the first batch she gathered tested positive for C. gattii, so she expanded her tests to include more types of trees.

Springer analyzed the genetic fingerprints of fungi in the samples that Elan sent to North Carolina.

Bingo! C. gattii from three trees, Canary Island pine, New Zealand pohutukawa and American sweet gum, matched almost exactly with C. gattii from infected patients. And the tree samples matched not just those from recent patients but from people who were sick 10 to 12 years ago. Thus this strain of C. gattii has been causing health problems in California for at least that long.

The results were published Thursday in PLOS Pathogens.

People living or traveling in California should be aware of the risk of cryptococcosis from C. gattii, Springer tells Shots, especially if they have HIV/AIDS, cancer, or other illnesses that can suppress the immune system. "When you travel and you're exposed to these reservoirs, you have the potential to be vulnerable to these infections."

Early treatment helps reduce the risk of death or disability, according to the Centers for Disease Control and Prevention.

Elan Filler is named as an author on the study; not a bad credit for someone who just turned 16. "I was very lucky that she was interested in doing this and that she did a fantastic job," Springer says of her junior colleague.