Accessibility links
Experimental Drug Saves Monkeys Stricken With Ebola : Shots - Health News Even when monkeys were near death, an Ebola treatment called ZMapp was able to save them. The drug has been used in a few people, but the limited supply has been exhausted. 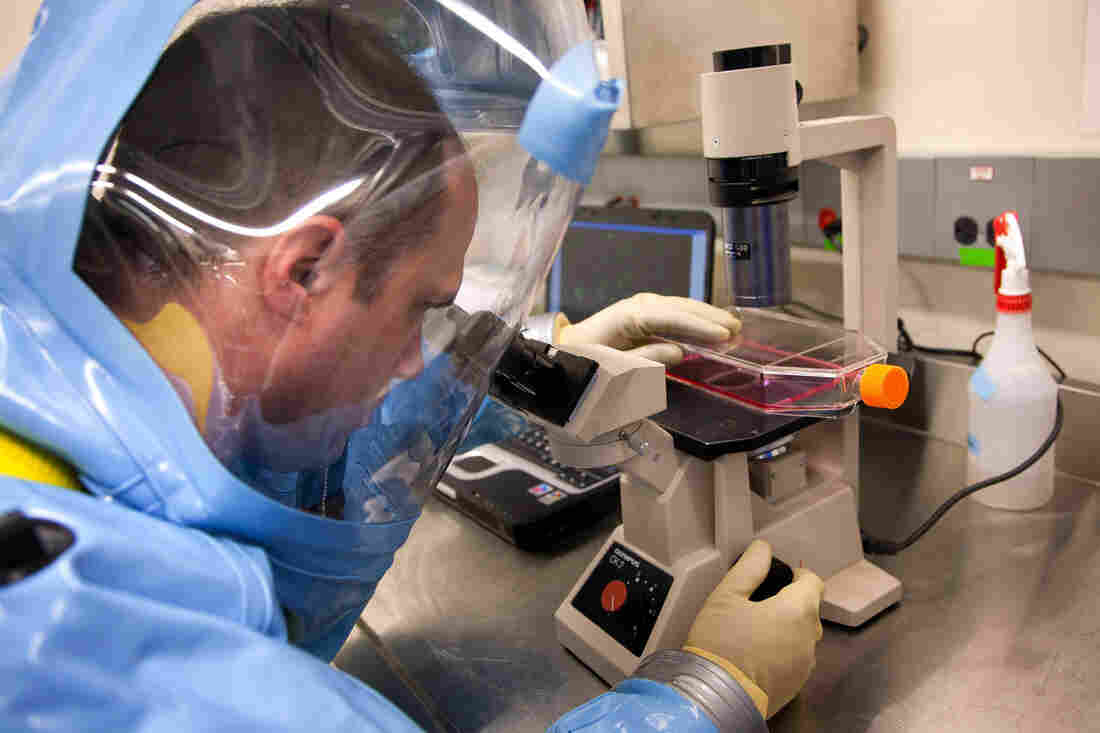 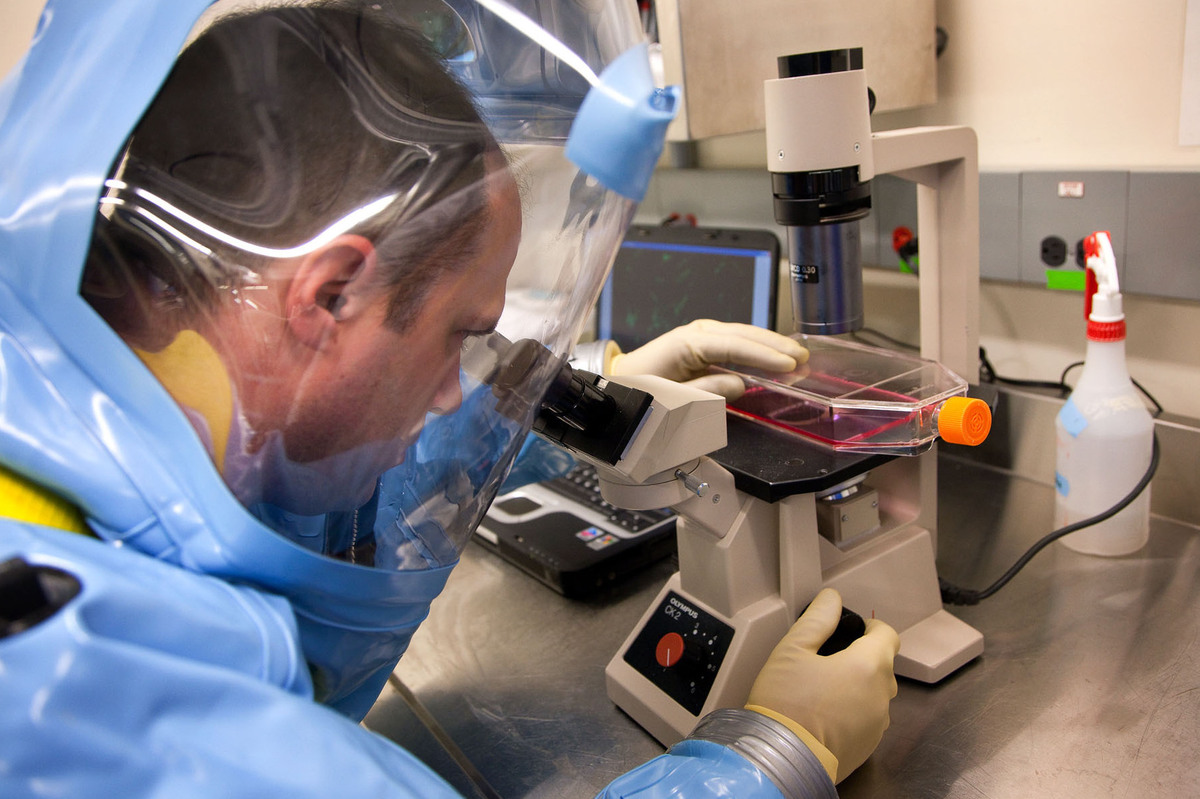 Scientists are reporting strong evidence that the experimental Ebola drug ZMapp may be effective for treating victims of the devastating disease.

A study involving 18 rhesus macaque monkeys, published Friday in the journal Nature, found that the drug saved 100 percent of the animals even if they didn't receive the drug until five days after they had been infected. The study is the first to test ZMapp in a primate, which is considered a good model for how a drug might work in humans.

The development of ZMapp and its success in treating monkeys at an advanced stage of Ebola infection is a monumental achievement.

"I think it's significant and a very important step forward in the fight against the Ebola virus," Gary Kobinger of the Public Health Agency of Canada, who led the study, told reporters during a telephone briefing Friday.

Kobinger and others cautioned that it remains unclear how well the drug might work in humans, but the findings are encouraging. "I think it strongly supports that concept," said Kobinger, stressing that this was still "speculative."

Kobinger noted the animals that were saved in the study were days — perhaps even hours — away from dying when they received the drug, and had been exposed to higher levels of the virus.

"We could rescue animals who had advanced disease," he said. That suggests the drug might be able to save people up to 11 days after becoming infected, he said.

ZMapp is a combination of three types of proteins known as antibodies, which the immune system typically produces in response to an infection. In this case, the antibodies against Ebola were created in the laboratory and produced using genetically engineered tobacco plants.

Would A Prize Help Speed Development Of Ebola Treatments?

The drug has already been used on a handful of victims of the current Ebola outbreak raging in West Africa, including two American missionaries who recovered. But doctors say it's unclear what role ZMapp may have played, if any. At least two other Ebola victims who received ZMapp, including a Spanish priest and a Liberian doctor, died.

Why Is There No Drug To Treat Ebola?

Why Is There No Drug To Treat Ebola?

But Mapp Biopharmaceutical Inc. of San Diego, which developed the drug, has said it has exhausted its inventory. It would take months to produce any significant new supplies. So it remains unclear how much of a role the drug could play in the current outbreak, even if it proves to be effective in humans.

Nonetheless, Kobinger and others say the results are significant in the fight against Ebola. Despite many years of trying, there currently are no drugs or vaccines that have been shown to be effective for preventing or treating Ebola.

"The development of ZMapp and its success in treating monkeys at an advanced stage of Ebola infection is a monumental achievement," wrote Thomas W. Geisbert of the University of Texas Medical Branch at Galveston in an article accompanying the study.