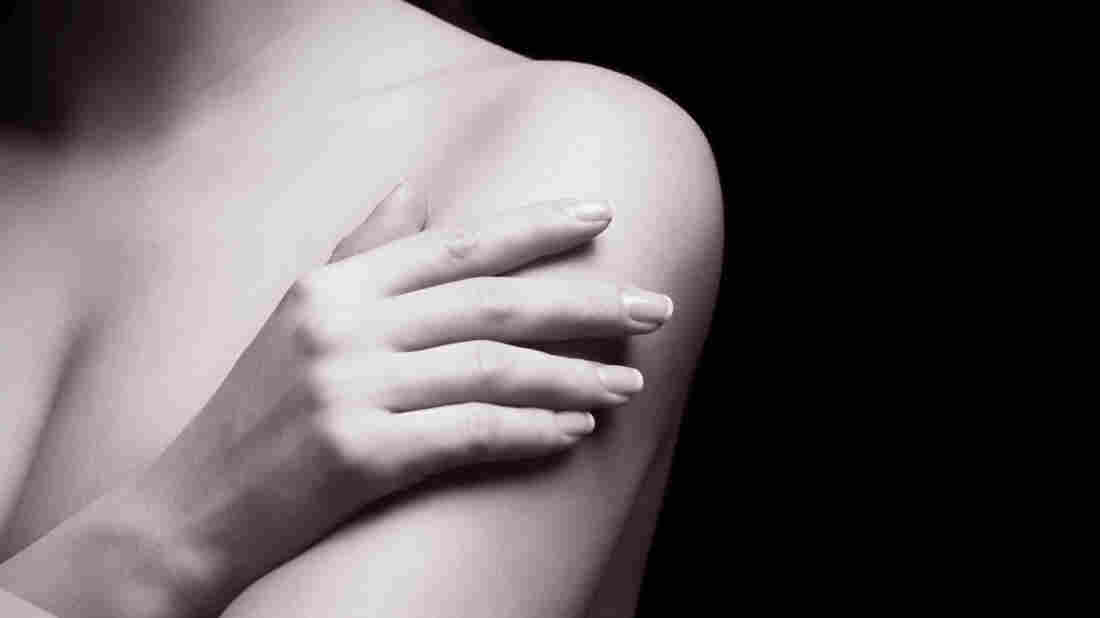 Double mastectomy has become increasingly popular as a breast cancer treatment, but it may not reduce cancer risk. Sladjana Lukic/iStockphoto hide caption

More women are choosing to have bilateral mastectomies when they are diagnosed with early-stage breast cancer, even though there's little evidence that removing both breasts improves their survival compared with more conservative treatments.

The biggest study yet on the question has found no survival benefit with bilateral mastectomy compared with breast-conserving surgery with radiation.

The study, published Tuesday in JAMA, the journal of the American Medical Association, looked at the records of all women in California who were diagnosed with early-stage breast cancer from 1998 to 2011 — 189,734 women, all told.

Anxiety And MRIs May Be Driving The Rise In Double Mastectomies

The study also looked at women who had a single mastectomy, which was the least popular option. They fared worse, with a 79.9 percent survival rate, enough to be statistically significant.

"We think that poorer survival in this group may be due to other factors that we weren't able to account for," says Scarlett Gomez, a research scientist at the Cancer Prevention Institute of California and the senior author of the study.

The women who had single mastectomies tended to be minority, especially Filipina or Hispanic, to be lower income and to be uninsured.

One factor affecting these women could be lack of access to medical care, Gomez says. For instance, a woman who has breast-conserving surgery typically has to go for radiation every day for six weeks to kill remaining cancer cells. Lower-income women may have a hard time doing that, Gomez says. "The only option available to them may be unilateral mastectomy."

By 2011, the last year of the study, 33 percent of the women under 40 were choosing bilateral mastectomy, even though most of them had Stage zero or 1 cancer, a very early, very treatable form.

Those women also were more likely to be treated at an academic medical center, which, along with their youth and low-risk cancer, should make it more likely that they would survive. So why are they not doing any better than women who have lumpectomies and radiation?

"I don't think we know," Gomez told Shots. "This is complete conjecture at this point. A bilateral mastectomy is major surgery, and just like any major surgery there are complications, side effects. So any advantage that comes from lowering your risk of cancer in the [healthy] breast could be offset by the fact that you're having major surgery."

Doing a randomized trial that directly compares the various treatments could help figure that out, but Gomez and others say it would be pretty much impossible to recruit lots of women in a trial that wouldn't give them a choice of treatments.

"Given the vast size of our data set, I think these findings may be as good as it's going to get in terms of giving us clues," Gomez says.

Doctors have been increasingly concerned that women are choosing bilateral mastectomy in the mistaken belief that it eliminates their future risk of cancer.

Double mastectomies made headlines in 2013, when actress Angelina Jolie had a prophylactic double mastectomy after being diagnosed with a BRCA gene mutation that vastly increases cancer risk.

But 95 percent of breast cancers aren't caused by BRCA mutations. And most of the women who are choosing double mastectomies haven't been diagnosed with a BRCA mutation.

"Bilateral mastectomy surgery maximally reduces the risk of a breast cancer patient developing a completely new breast cancer, but it does not affect the potentially life-threatening risk of the known first cancer damaging other organs in the body through metatastic spread," Dr. Lisa Newman, director of the University of Michigan Breast Care Center, told Shots via email. She wrote an editorial in Tuesday's JAMA on the issue.

And since tiny bits of breast tissue can remain in the chest after surgery, a woman who has had a double mastectomy can still get breast cancer again.

Gomez hopes that these new numbers will shift the focus to better understanding women's decision-making process and to educating physicians in better communications.

Doctors can't presume to dictate which choice will give a woman the best quality of life, Newman says. But doctors do have to counsel patients to have realistic expectations about their treatment choices.

"We are trying to understand he factors that might be motivating this trend, since there is no definitive survival advantage that has been demonstrated," Newman adds.