Accessibility links
Get The Measles, Get Ready To Be Out For Two Weeks : Shots - Health News Many people think of measles as a mild childhood illness. But people who got the measles during outbreaks in the United Kingdom say they were so sick they missed two weeks of school or work.

Get The Measles, Get Ready To Be Out For Two Weeks

Get The Measles, Get Ready To Be Out For Two Weeks 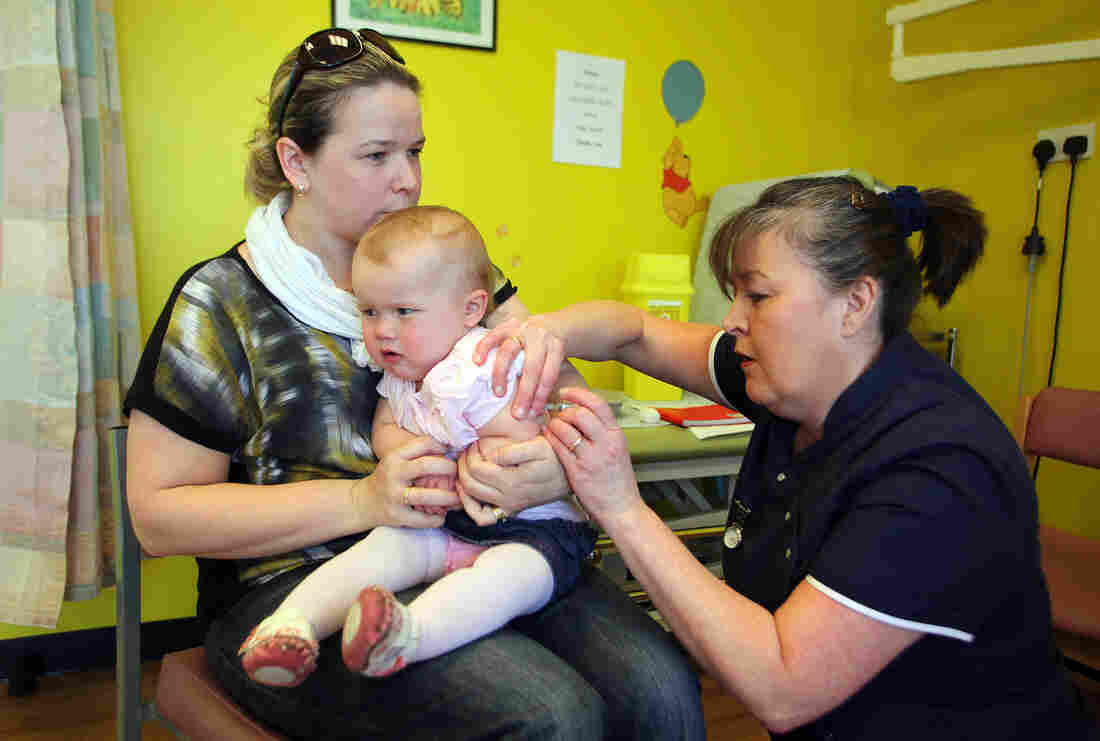 Helen Down holds her 14-month-old daughter, Amelia, for an MMR shot in Swansea, Wales, April 2013. The vaccination was in response to a measles outbreak. Geoff Caddick/AFP/Getty Images hide caption 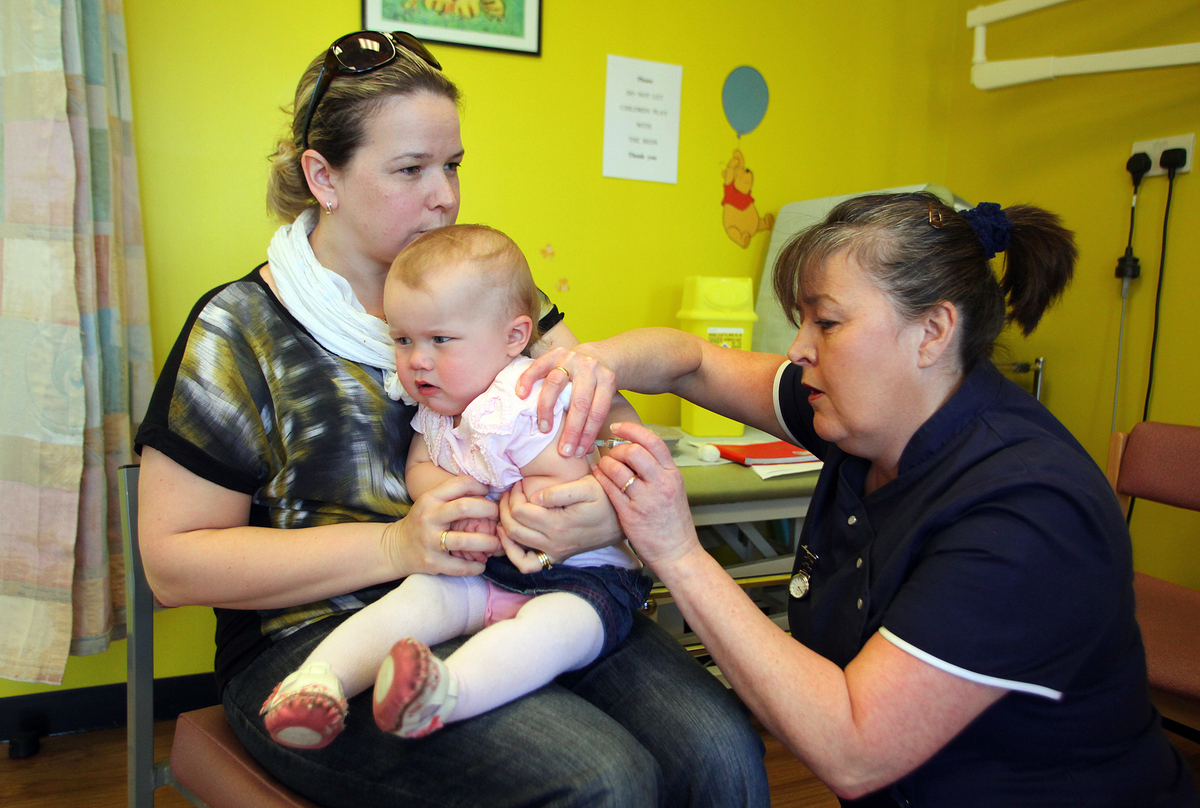 Helen Down holds her 14-month-old daughter, Amelia, for an MMR shot in Swansea, Wales, April 2013. The vaccination was in response to a measles outbreak.

Measles is often lumped in with flu and chickenpox as mild childhood illnesses. But people who got measles during outbreaks in the United Kingdom say they were pretty darned sick, missing two weeks of school or work on average.

A bout of the measles lasted 14 days on average, according to a study by the London School of Hygiene & Tropical Medicine and Public Health England. That added up to having to take 10 days off work or school. More than a third of people needed someone to stay home to take care of them, too.

And they felt crummy. This study is one of the few that actually asks people how they feel when they're sick. They said they felt high levels of pain and anxiety, and weren't able to do their usual activities.

Fifteen Years After A Vaccine Scare, A Measles Epidemic

"People with the measles report that they're far more sick than if they have flu or chickenpox," Dominic Thorrington, a graduate student in epidemiology and lead author of the study, told Shots. The study was published Tuesday in the journal PLoS ONE.

The researchers asked people who had become infected during the 2012 and 2013 measles epidemics in the United Kingdom how they felt and how they coped.

Being unable to manage school, work and other usual activities was the biggest complaint, with 97 percent of people saying they had severe problems or some problems with that. Another 90 percent said they suffered pain or discomfort. About half said measles severely compromised their mobility, and 40 percent said they couldn't care for themselves.

The vast majority of 203 people in the study had never been vaccinated for measles.

Earlier research has shown that the measles outbreaks in the United Kingdom followed a vaccine scare prompted by a 1998 paper that implicated the measles, mumps and rubella vaccine in autism. The study was later proven to be fraudulent, but the number of children who did not get vaccinated spiked in the following decade.

The virus spreads easily in unvaccinated communities. Researchers say the higher numbers of unvaccinated people in the U.K. led to the outbreaks.

"I just hope that when people read this, they realize that measles is not a disease that has gone away and it is a disease that has quite severe implications when there's an outbreak," Thorrington says. "The best way to protect yourself is through vaccination."