Accessibility links
Heavier Teen Pot Smoking Linked To Problems In Young Adults : Shots - Health News Daily smokers are less likely to graduate from high school or college and are at higher risk of suicide, according to an analysis of three long-term studies of teenagers in Australia and New Zealand. 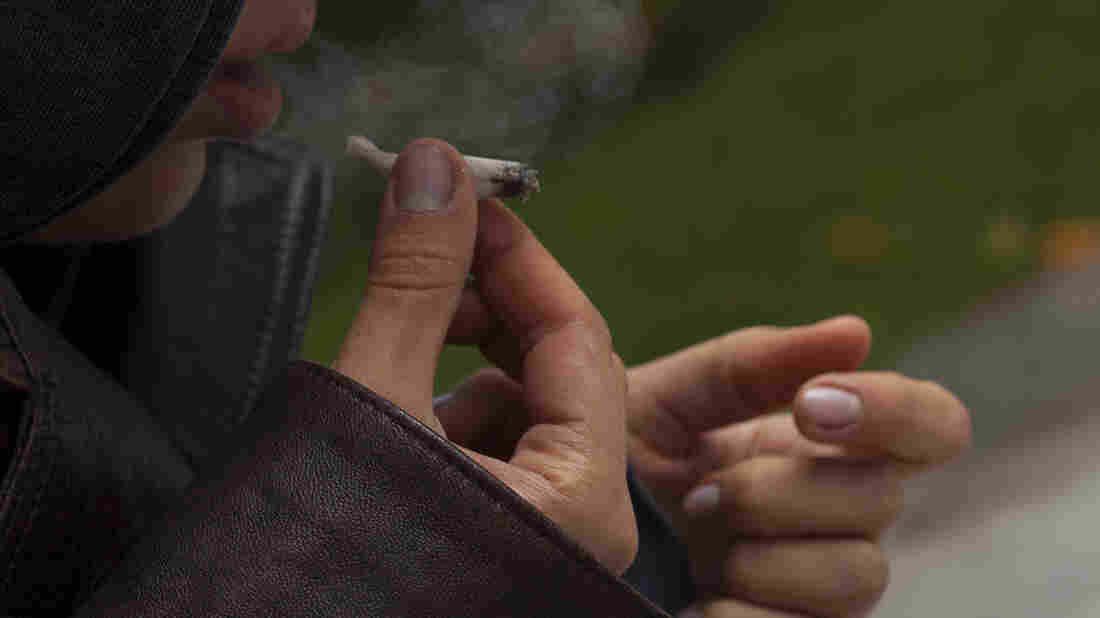 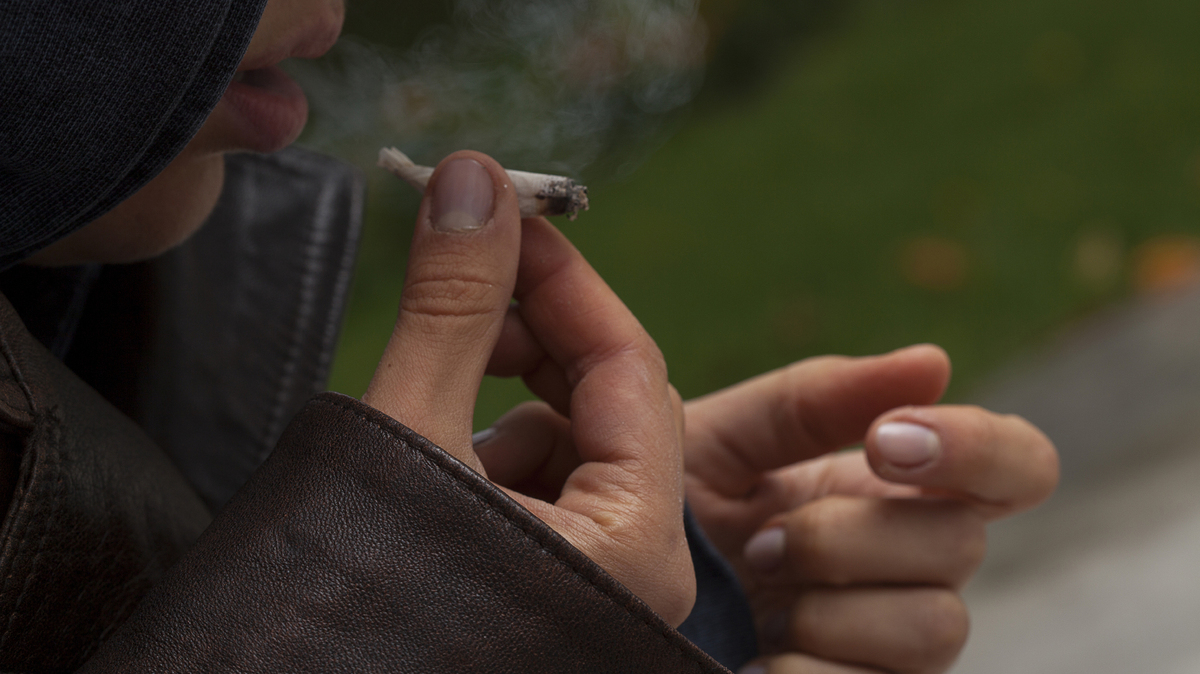 Does smoking pot make it less likely that you'll go to college?

There's a lot of argument over how teenage marijuana use might affect people through life, but distressingly little data to help figure it out. That leaves parents, policymakers and young people pretty much in the dark when it comes to making decisions about use and legalization.

Three long-running studies of teenagers and young adults in Australia and New Zealand might help. An analysis of the studies found a dose-response relationship: The more someone smoked pot as a teenager, the more likely that person would struggle as a young adult.

People who were daily marijuana smokers before age 17 were much more likely to have not completed high school or graduated from college than were those who never smoked; their odds were 63 percent and 62 percent lower. They were also much more likely to be dependent on marijuana and to be using other illegal drugs in adulthood. The risk of a suicide attempt also increased, though more modestly than the other factors.

Earlier studies also have found that marijuana use makes it less likely that students will succeed in school. But those findings, and all of these studies, look at correlation, not causation. And they are muddied by confounding factors, like the fact that adolescents living in low-income communities are more likely to use marijuana.

There will almost certainly never be a randomized controlled trial on teenage marijuana use, so observational studies, confounders and all, are what we've got. The studies used in this analysis are among the best: long-term studies with lots of participants that tracked their behavior and health in real time, rather than retrospectively. Altogether the studies followed 3,765 teenagers starting at age 13 until they reached age 30.

The researchers looked at two milestones in making the transition to adulthood: graduating from high school or college. They also looked at whether the young adults were dependent on marijuana; used other illicit drugs; had attempted suicide; were diagnosed with depression; or were dependent on welfare.

Once the researchers used statistical analyses to adjust for confounding factors, they found that depression and welfare dependence were not associated with adolescent pot use. But the associations with completing school, drug use and suicide attempts remained strong. The likelihood of problems increased as smoking frequency increased, on a scale that ranged from less than monthly to daily.

The results were reported Wednesday in the journal The Lancet Psychiatry.

Earlier studies have found that heavy marijuana use in adolescence affects learning and memory, and that teenagers' thinking skills are more impaired than those of adults. But they didn't look at long-term effects.

"Youth is a very vulnerable period in life," Merete Nordentoft, a suicide prevention researcher at the University of Copenhagen, wrote in a commentary accompanying the study. It's a time when people are developing skills to meet the demands of adult life, she notes. "Cannabis use, especially frequent uses, impairs this development and reduces the likelihood that a young person will be able to establish a satisfactory adult life."

Surveys in the United States, including one poll conducted earlier this year by NPR, find that although almost half of people support legalization of marijuana, they overwhelmingly oppose legalization for teenagers. And half of our respondents also thought that there should be age restrictions on use of medical marijuana.

"The reason that people are concerned is that they recognize that this is an addictive substance, and some portion of the population that uses it will become addicted to it and have very bad outcomes," Dr. Sharon Levy, director of the adolescent substance abuse program at Boston Children's Hospital, told Shots in May. "As with all addictive products, the risk is greatest in adolescence."