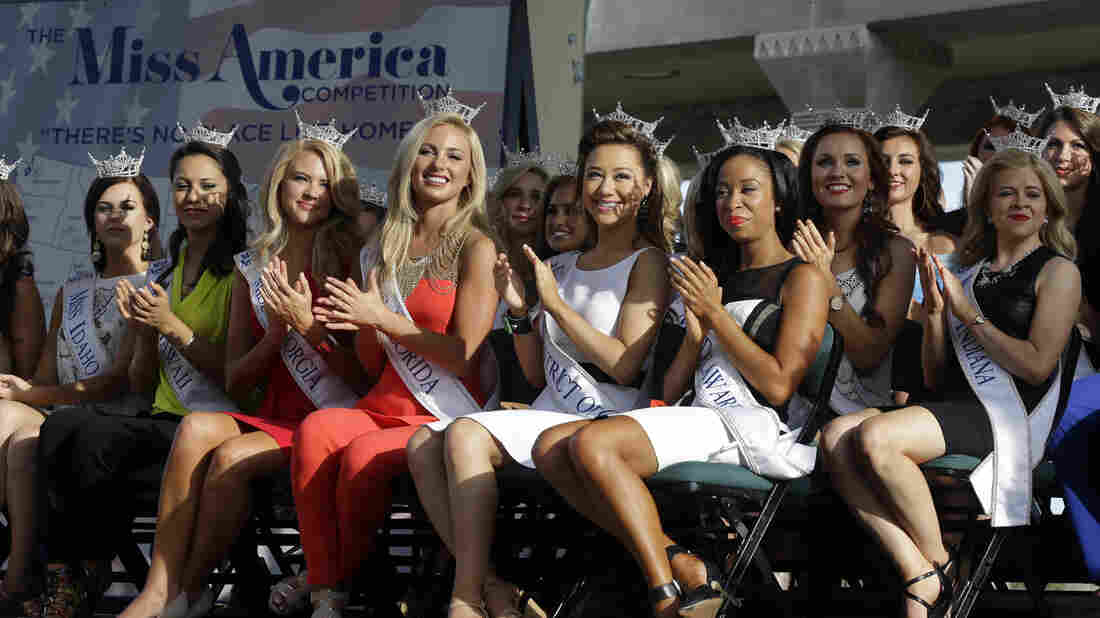 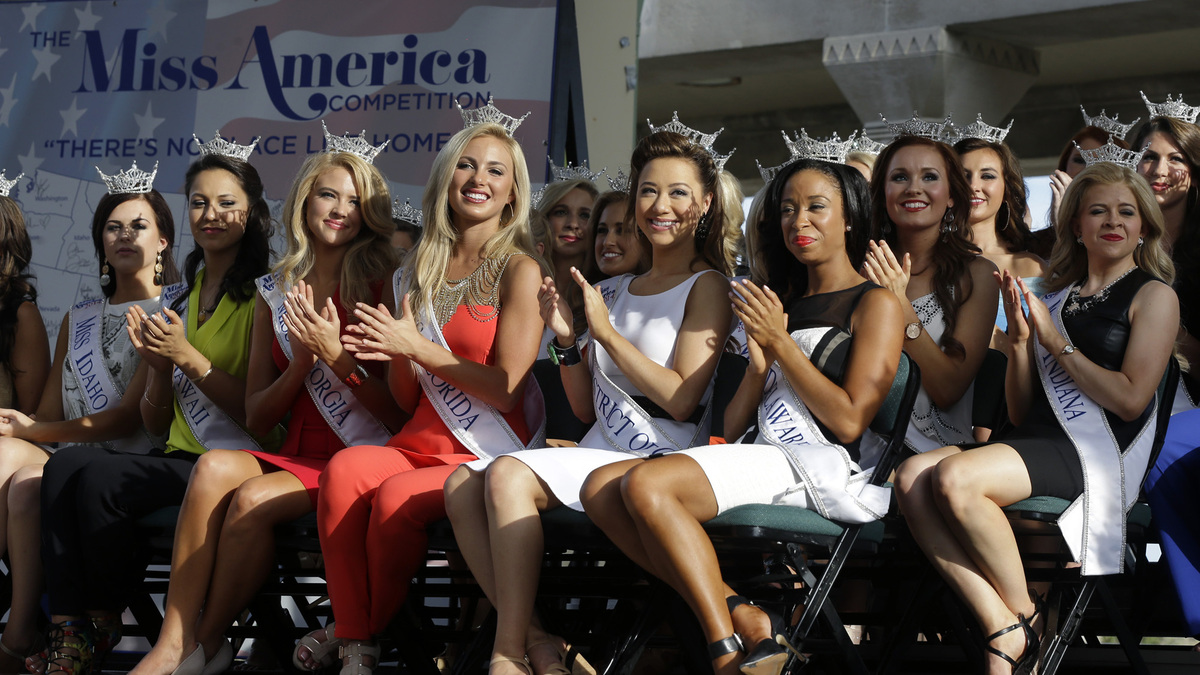 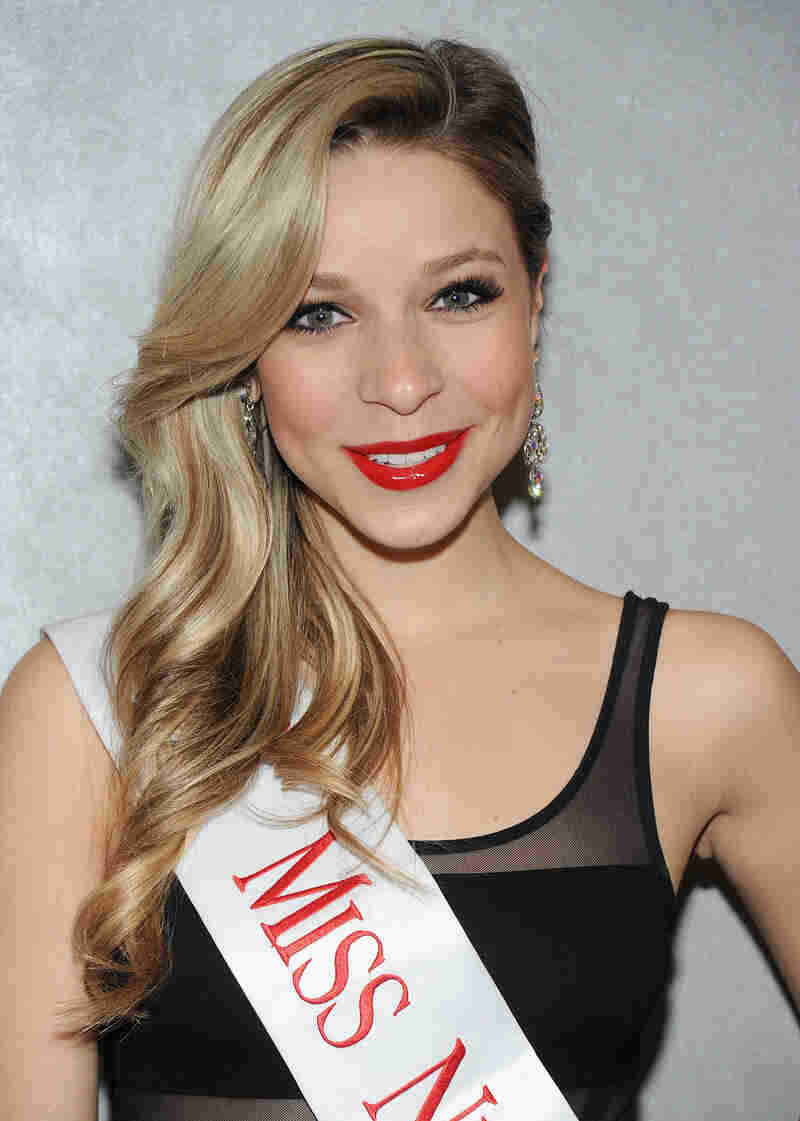 Kira Kazantsev says she isolated herself from her friends when they tried to help her get away from an abusive boyfriend. Jamie McCarthy/Getty Images hide caption 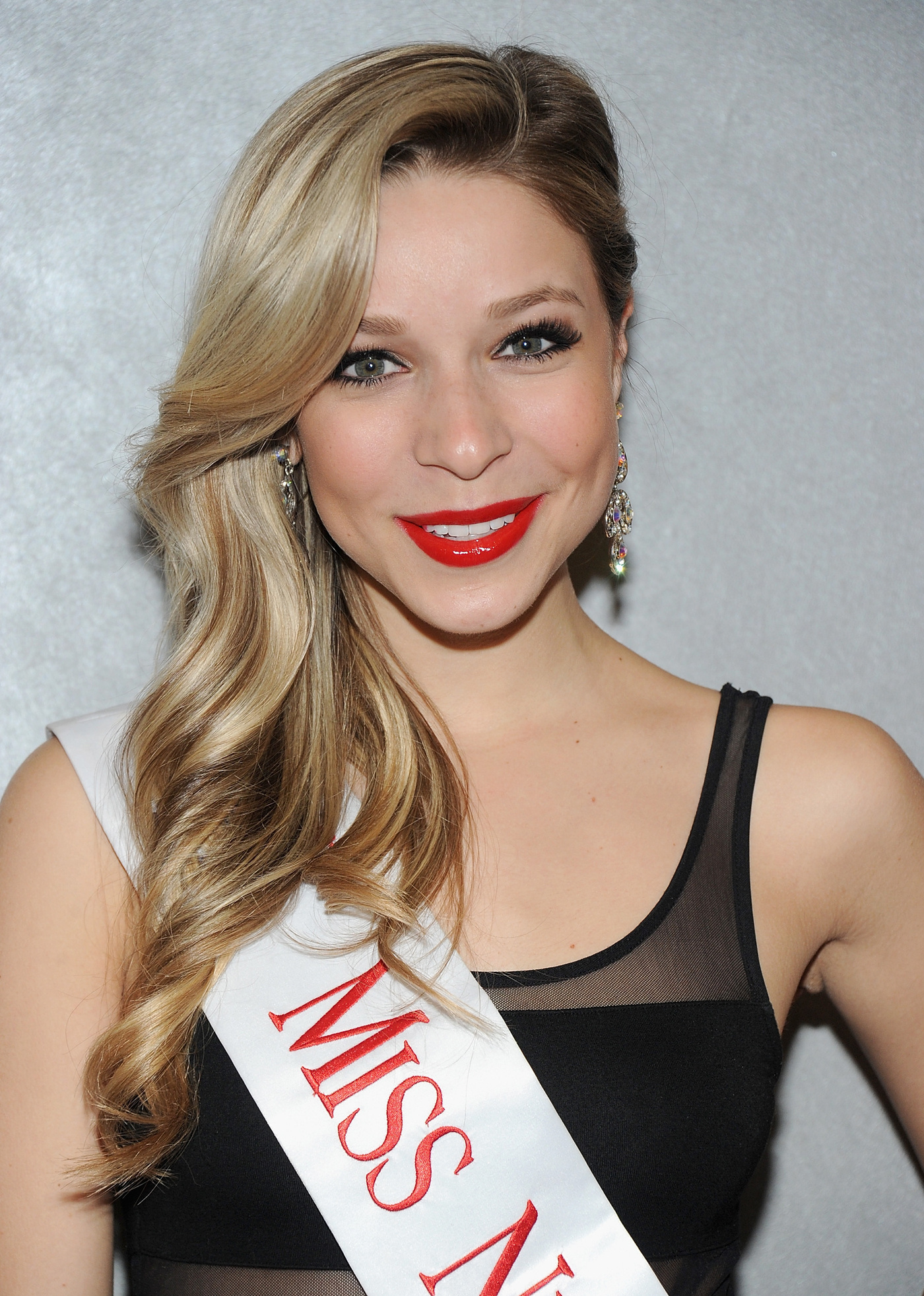 Kira Kazantsev says she isolated herself from her friends when they tried to help her get away from an abusive boyfriend.

This year's Miss America competition has involved lots of satin and some excellent ventriloquism by Miss Ohio. But it has also involved a public health issue that's been in the headlines over the past week: domestic violence.

And it's not just because it's in the news. Miss New York, Kira Kazantsev — who was crowned Miss America 2015 in Sunday's ceremony — was in an abusive relationship during college.

Back then, Kazantsev says, she wasn't aware that there were resources available for victims of domestic violence. "I very well may have Googled it," she says. "But that's not the mindset that you're in when you're in that situation. You just feel alone. You feel helpless. You don't feel like anyone could possibly understand."

The fact that people are asking why Janay Rice stayed with Baltimore Ravens running back Ray Rice after he knocked her unconscious in an elevator shows a lack of understanding of the complex psychology of domestic violence, Kazantsev tells Shots.

"I want people to stop asking, 'Why doesn't she just leave?' " Kazantsev says. "Every woman is an expert in her own case, and there are so many extenuating circumstances that lead to a woman staying with her abuser."

The woman in the abusive relationship has to decide for herself that she wants to leave, Kazantsev says. The best thing friends and family can do is offer support.

"I definitely had friends that saw this and tried to help and didn't know what to do," she says. "And at that point I isolated myself. I was completely isolated from any help they were offering me."

That's one reason that she chose to make domestic violence her "platform" topic for the Miss America pageant. It's also the issue chosen by Miss West Virginia, Paige Madden, and Miss Delaware, Brittany Lewis. Lewis told the Associated Press that her sister had been in an abusive relationship for five years before she was fatally shot in her apartment. The case remains unsolved.

"The main goal is to get people talking about it," says Kazantsev. "If people are willing to talk about it, they're not scared of it, it's not taboo."

The uproar over the video showing Rice's assault on his then-fiancee, which resulted in his being cut from the Baltimore Ravens, seems to have accomplished that goal, at least for this week.

Kazantsev is working with Safe Horizon, a domestic violence advocacy group, to steer public conversations about abuse in the right direction.

The fact that Miss America contestants are talking about domestic violence is a good thing, says Barbara Paradiso, director of the Center on Domestic Violence at the University of Colorado Denver.

"I think we still hold on to some of those stereotypical beliefs. When we think about the typical victims of domestic violence, we think of someone who is poor, might not have many resources or is unintelligent," Paradiso says. "When you have someone who has been able to be as successful as a Miss America, that helps us put this in perspective."