Accessibility links
San Francisco Politician Goes Public With His Choice To Take Anti-HIV Drug : Shots - Health News City Supervisor Scott Wiener said he is taking a pill that can dramatically reduce the risk of HIV infection. He appears to be the first elected official to have gone public with the decision. 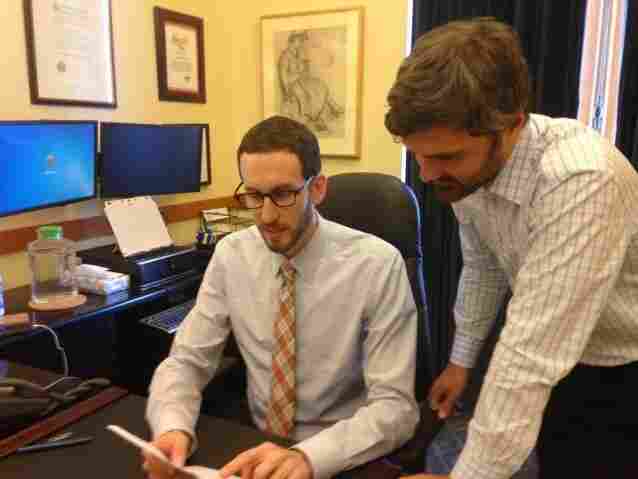 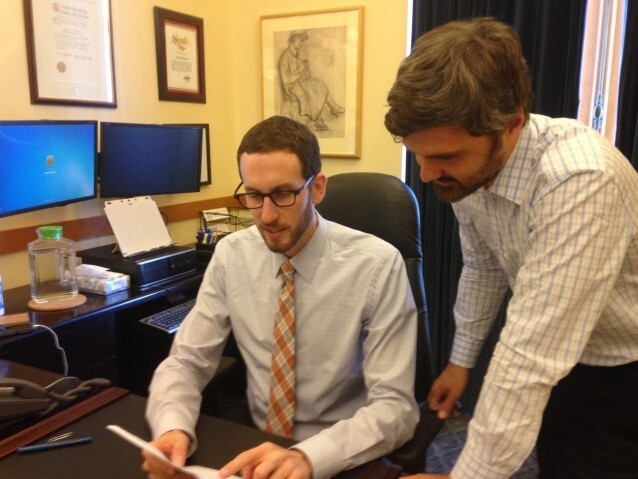 In an effort to combat stigma that has arisen around a treatment that prevents HIV, a San Francisco elected official announced publicly Wednesday that he is taking the medicine.

City Supervisor Scott Wiener said he is taking Truvada, a drug that dramatically reduces the risk of HIV infection. He appears to be the first public official to make such an announcement.

Wiener wrote about his experience for The Huffington Post:

Each morning, I take a pill called Truvada to protect me from becoming infected with HIV. This strategy, also known as pre-exposure prophylaxis, or PrEP, reduces the risk of HIV infection by up to 99 percent if the pill is taken once a day. This makes PrEP one of the most effective HIV-prevention measures in existence. ...

As an elected official, disclosing this personal health decision was a hard but necessary choice. After all these years, we still see enormous stigma, shame, and judgment around HIV, and around sexuality in general. That is precisely why I decided to be public about my choice: to contribute to a larger dialogue about our community's health.

In an interview at Wiener's office in San Francisco's City Hall, he said, "My hope is that by disclosing my PrEP use publicly that I can help move the conversation forward and get more people thinking about PrEP as a possibility, and encouraging people to consult with their medical provider."

Truvada combines two different drugs into a single pill that, when taken daily, can reduce the risk of HIV infection by more than 90 percent. It was approved by the FDA in 2012. Both the Centers for Disease Control and the World Health Organization recommend its use by people who are at high risk of HIV infection. Still, it is the subject of debate, especially within the gay community.

Wiener, 44, was first elected to the Board of Supervisors in 2011. He says he started coming out as a gay man in 1990, at what he called the height of the AIDS epidemic.

"Coming out in that environment was challenging and stressful," he said. "Immediately associating sex with illness and death was very stressful, and many, many people, I think, had that same experience." He spoke of friends who recently started taking the pill to prevent infection and who told him "that their general anxiety level around intimacy has gone down significantly."

"We need more people like Supervisor Wiener," Loduca said. "In my own personal network, many of my HIV-negative gay male friends are on PrEP. None of them talk about it publicly, and that is a reflection of the enormous stigma and shame that we still have around sex, around a desire to have intimacy. ... It's an important watershed moment for our community that someone so visible steps forward and says 'PrEP is helping me.' "

Wiener spoke openly of people availing themselves of all options to prevent acquiring the virus, including the use of condoms and being tested regularly. If someone becomes infected with HIV, identifying the infection sooner yields more immediate treatment, which has positive long-term health outcomes.

Wiener's announcement comes on the eve of a rally to be held Thursday, coordinated by San Francisco Supervisor David Campos. Campos is calling for the city to make PrEP available to San Franciscans regardless of income. New York Gov. Andrew Cuomo has made a similar proposal for his state.

Nationally, there have been 50,000 new HIV infections every year for the past 20 years. "PrEP is the first new tool in our fight to protect ourselves from HIV since the epidemic began," Campos said in a release.

Wiener backs the effort. "In order for PrEP to be successful, we have to do three things," he said. "We need to raise awareness about it, make sure people know about it. ... We need to secondly remove the stigma around it, so people are able to talk about it, are able to consider it, and finally, we need to expand access."

But that kind of community-wide campaign is exactly the wrong idea, some advocates say. "To deploy [PrEP] as a communitywide preventive is a public health disaster in the making," said Ged Kenslea, spokesman for AIDS Healthcare Foundation, a global advocacy group. He stressed that the organization is not opposed to the use of PrEP on a case-by-case basis.

"The crucial problem is adherence to the medication," he said. He also pointed out that condoms are effective at protecting against not only HIV infection but also other sexually transmitted diseases "for which PrEP does nothing." Kenslea said he's worried that people "seem to be throwing condoms out the window."

Dr. Robert Grant with the UCSF Gladstone Institute led the research that ultimately showed Truvada's effectiveness as a preventive agent against HIV and has followed it since.

"Just like contraception," he said, "we're happy to have people using different methods — same way with HIV. We have to have lots of different methods for people to use, so people can find one that's attractive to them."

Grant said that in his research "we have not seen anyone become infected who has taken PrEP daily or nearly daily."

Updated 12:30 p.m.: When taken to prevent HIV infection, Truvada carries a risk of side effects that include headache, abdominal pain and weight loss. Potentially serious side effects include kidney problems, liver damage and a buildup of lactic acid in the blood.

This story is part of a partnership that includes KQED, NPR and Kaiser Health News.