Accessibility links
After The NIH Funding 'Euphoria' Comes The 'Hangover' : Shots - Health News The way the National Institutes of Health doles out research grants accentuates booms and busts in the financing of scientific research. More variety in the length of grants could help.

After The NIH Funding 'Euphoria' Comes The 'Hangover'

After The NIH Funding 'Euphoria' Comes The 'Hangover' 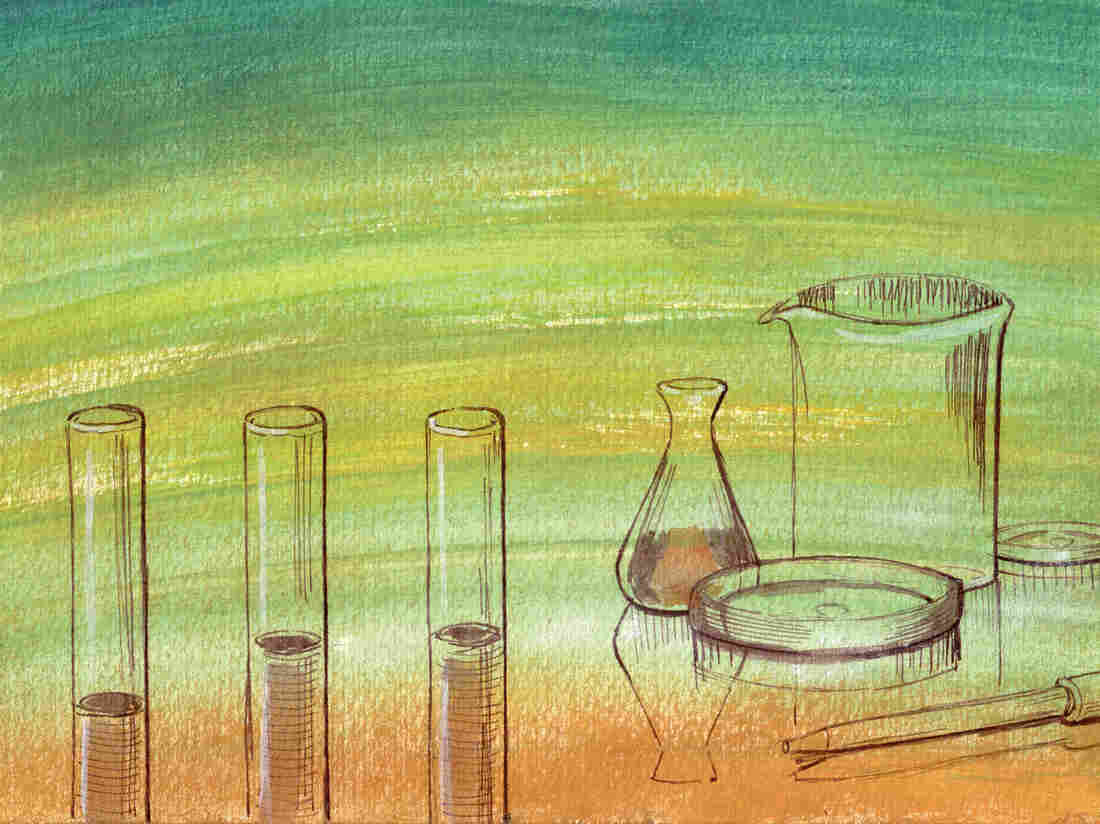 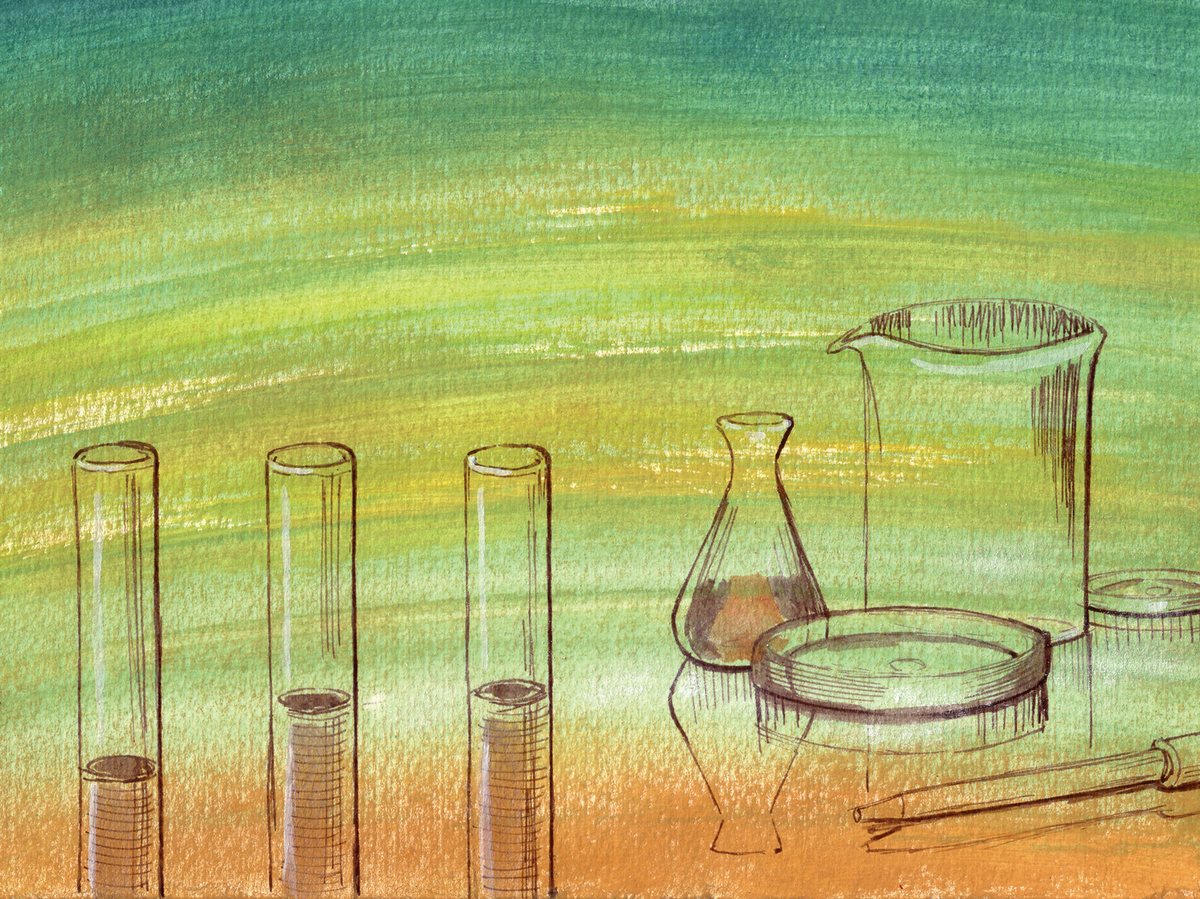 When Richard Larson co-wrote a scientific paper about the perils of up-and-down funding for the National Institutes of Health, he noted that the research cycled between states of "euphoria," and a "hangover" far greater than you'd expect.

The editors of the journal Service Science at first argued that those labels were inflammatory, says Larson who is an engineering professor at the Massachusetts Institute of Technology. But he successfully argued that the wording was spot on.

It turns out there's a natural amplifier in the NIH grant-funding system. It leads to higher highs and lower lows when budgets rise and fall. And Larson's analysis offers lessons for avoiding the pain of boom-and-bust funding that is currently causing some scientists to spend more time writing grant proposals than they spend conducting research.

The key ingredient in this surprise budget problem is that most grants given out to scientists are promised for four years. One-quarter of the funding is given out in four consecutive years.

One consequence of that system is that in any given year, three-quarters of the budget goes to pay for grants approved in the three previous years. The remaining quarter — for grants that have run their four-year course — is available for new projects.

This formula works fine when funding is the same year to year. But Larson looked at what happens in a year when there's a big increase. It turns out a 20 percent increase in funding for one year leads to a whopping 80 percent increase in money available for new grants. That's a huge jump.

How so? Well, existing grants don't require any more funding than before, so the entire increase goes to new projects. If funding increases from $10 billion to $12 billion, for example, existing grants require three-quarters of the $10 billion — $7.5 billion. That leaves $4.5 billion for new grants. That's a huge jump from the previous year, where new grants garnered $2.5 billion.

That's the "euphoria" part of this equation. But wait. A "hangover" is on the way.

In the case of the real NIH budget, funding doubled between 1998 and 2003. After that, the funding flattened out. Naturally, the existing grants given out during the time of budget increases required a lot more money to support. And as a result, the amount of money available for new grants took a huge tumble.

In fact, money for new grants plunged by more than 35 percent in a single year, according to Larson's simplified mathematical model, even though the overall budget was simply flat.

"Once you see it in black and white you say, 'Oh my God, it's obvious'," Larson tells Shots. "It's very simple mathematics, but the implications for policy are profound."

Scientists who had the bad fortune of having their grants expire in a hangover year were in big trouble. The chances of getting renewed fell through the floor.

As Larson and his colleagues at MIT and Ohio State University ran the numbers, they found a simple mathematical solution to this. The NIH could have avoided the worst of the hangover by holding back some of the largess, and spreading it out over several years. That's what a prudent business could have done. Not so the NIH. "By federal law they have to spend everything. They can't carry over," he says.

Larson says the NIH can use other techniques to limit funding shocks for scientists. For example, they can adjust the length of grants, so some run three years, some go for four and others go for five. That would reduce the euphoria and hangovers. But it may give some scientists headaches, since they tend to think in terms of four-year funding blocks, and they plan their research accordingly.

Sally Rockey, the NIH Deputy Director for Extramural Research, says the institute is acutely aware of these mathematical quirks, and takes steps to minimize them.

For example, last year the federal budget sequester removed $1.5 billion from the NIH budget, so the agency reduced the number of grants — but also took the extraordinary step of reducing the size of grants that had previously been approved.

This year, congress returned about $1 billion to the NIH budget it had withheld from the sequester, and that enabled NIH to increase the number of new grants approved by 500 to 600, Rockey says. The NIH contemplated the future commitments involved in new grants when deciding how many more to fund. And of course, NIH doesn't know what lies in store for future grants.

"Obviously it would be a lot easier if our budget was on some sort of stable trajectory, if we had something that gave us more predictability and a little growth each year," she tells Shots.

Larson can relate. He's hoping to explore other solutions to the NIH problem — that is, if he can get fresh funding. His four-year NIH grant to study this issue has expired.