Accessibility links
What You Need To Know For Medicare Open Enrollment : Shots - Health News There will be fewer plans to pick from this time around. But people can still expect plenty of options for prescriptions drugs and privately run insurance through Medicare Advantage.

What You Need To Know For Medicare Open Enrollment

What You Need To Know For Medicare Open Enrollment 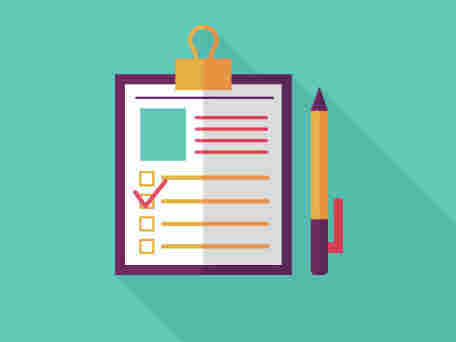 Medicare beneficiaries who want to make changes to their prescription drug plans or Medicare Advantage coverage can do so starting Oct. 15. That's when Medicare's annual open enrollment period begins.

This year, there will be somewhat fewer plans to pick from, but in general people can still expect plenty of options.

And although premiums aren't expected to rise markedly overall in 2015 — and in some cases may actually decline — some individual plans have signaled significantly higher rates. Rather than rely on the sticker price of a plan alone, it's critical that beneficiaries compare the available options in their area to make sure they're in the plan that covers the drugs and doctors they need at the best price.

Although the Centers for Medicare and Medicaid Services has released some specifics about 2015 premiums and plans, many details about provider networks, drug formularies (the lists of covered medicines) and the like won't be available until later this fall. Here's what we know so far:

The number of Part D standalone prescription drug plans (PDPs) will drop 14 percent, to 1001 plans. This is the smallest number of offerings since the Medicare Part D program began in 2006.

Even so, "seniors across the country will still have a choice of at least two dozen plans in their area," says Tricia Neuman, director of the Program on Medicare Policy at the Kaiser Family Foundation (KHN is an editorially independent program of the foundation.)

The drug plan consolidations that are driving the reductions in choices will likely shift many beneficiaries into lower cost plans, resulting in an average premium decline of 2 percent, to $38.95, according to an analysis by Avalere Health.

But that overall average premium obscures significant price hikes by some of the biggest plans. The average premium for the WellCare Classic plan, for example, will increase 52 percent in 2015, to $31.46, while the Humana Walmart RxPlan premium will rise 24 percent, to $15.67, according to Avalere.

Insurers are expected to continue to shift more costs to beneficiaries next year. The percentage of PDP plans with no deductible will decline to 42 percent from 47 percent, and, once again, about three quarters of plans won't offer any coverage in the "donut hole"— the coverage gap in which beneficiaries are responsible for shouldering a greater share of their drug costs.

Underscoring the importance of evaluating plan options, 70 percent of standalone drug plan members will likely see their premiums increase if they stick with the same plans in 2015, says Ross Blair, senior vice president for eHealthMedicare.com, an online vendor.

Seniors, though, have historically not voluntarily switched plans in great numbers during annual enrollment. Between 2006 and 2010, on average only 13 percent did so, according to a 2013 analysis by researchers at Georgetown University, KFF and the University of Chicago.

Enrollment in Medicare Advantage plans continues to grow: 30 percent of Medicare beneficiaries are now in the private plans, which typically are managed care plans that often provide additional benefits such as vision and dental coverage. Concerns that Medicare Advantage plans would disappear in large numbers as the health law gradually reduces their payments to bring them in line with the traditional Medicare program have proven unfounded to date. In 2015, the number of plans will drop by 3 percent, to 2,450, continuing a gradual decline.

"You still have lots of plans and robust selection," says Caroline Pearson, vice president at Avalere Health, a research and consulting firm.

KHN is an editorially-independent program of the Kaiser Family Foundation.