Accessibility links
A Simple Question Can Stop Ebola: How Do You Feel? : Shots - Health News Modern medicine offers no easy way to spot Ebola early. The key to preventing an outbreak is still old-fashioned detective work. 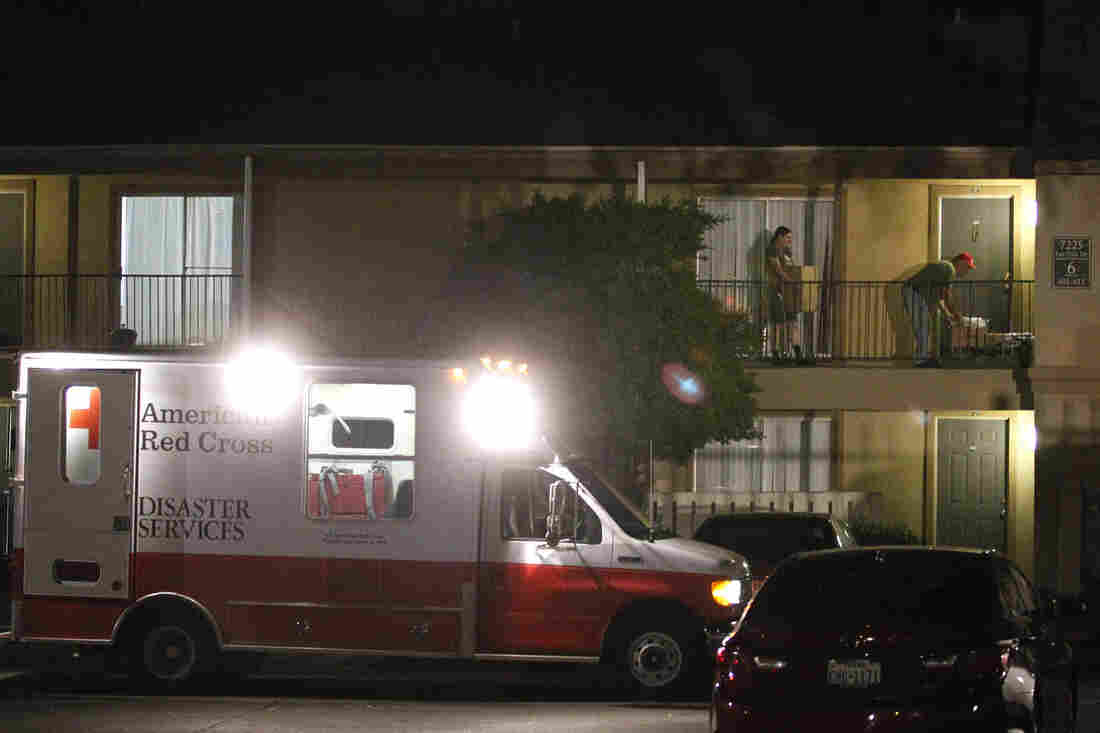 A Red Cross worker delivers bedding to a unit at The Ivy Apartments in Dallas, where a man diagnosed with the Ebola virus had been staying. Mike Stone/Reuters/Landov hide caption 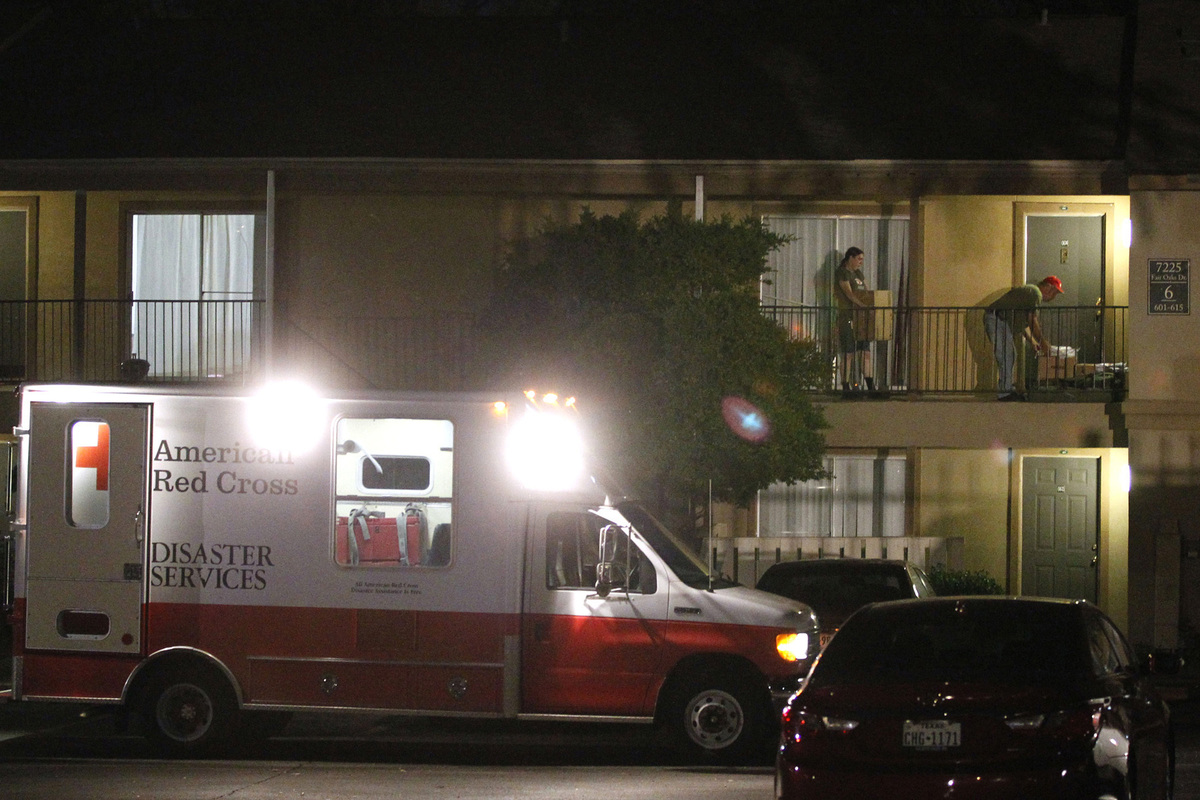 A Red Cross worker delivers bedding to a unit at The Ivy Apartments in Dallas, where a man diagnosed with the Ebola virus had been staying.

Kuhar is the Centers for Disease Control and Prevention's top expert on Ebola, and the agency dispatched him as soon as they received confirmation that a man had carried the disease from Liberia.

Today, his 10-person team is on the front lines of an effort to keep that single case from turning into an outbreak.

When a person starts to feel sick with Ebola, there isn't always enough virus in the blood to detect it. There aren't any fancy medical scanners or DNA tests to rely on at that early stage.

Instead, the group is armed with cellphones, laptops and notebooks. Along with local and state authorities, they have been walking the streets from morning until well after dark. Their goal is to track down every single person who might have come into contact with Thomas Eric Duncan, the man now sick with Ebola.

Here's How An Ebola Quarantine Works In The U.S.

Public health officials initially said that 100 people were at risk. But after talking to many possible contacts, they lowered that number. It turned out a lot of the people on the first list didn't have the sort of contact that would lead them to catch Ebola from Duncan. The virus only spreads through direct contact with body fluids.

But the CDC detectives found 50 people who did come into contact with Duncan, 10 of whom are at high risk of developing Ebola. All 50 will be visited daily by a health care worker. And they'll check their temperature twice a day, to make sure they don't have a fever.

Ebola can lie dormant for up to 21 days after exposure. The checks will continue until that deadline. And if someone gets sick and it is Ebola, "we would ensure that they are appropriately isolated and treated, to ensure that there are no further transmissions," Kuhar says.

This is how you stop an Ebola outbreak before it starts. No fancy scanners or tests. Just a quick check for a fever and then the question: How are you feeling today?