Accessibility links
Detergent Pods Can Cause Eye Injuries In Children : Shots - Health News Detergent pods are convenient, sure, but small children continue to have dangerous encounters with them, sustaining injuries to the eyes and other body parts when the pods are squeezed or chomped.

Detergent Pods Can Cause Eye Injuries In Children

Detergent Pods Can Cause Eye Injuries In Children 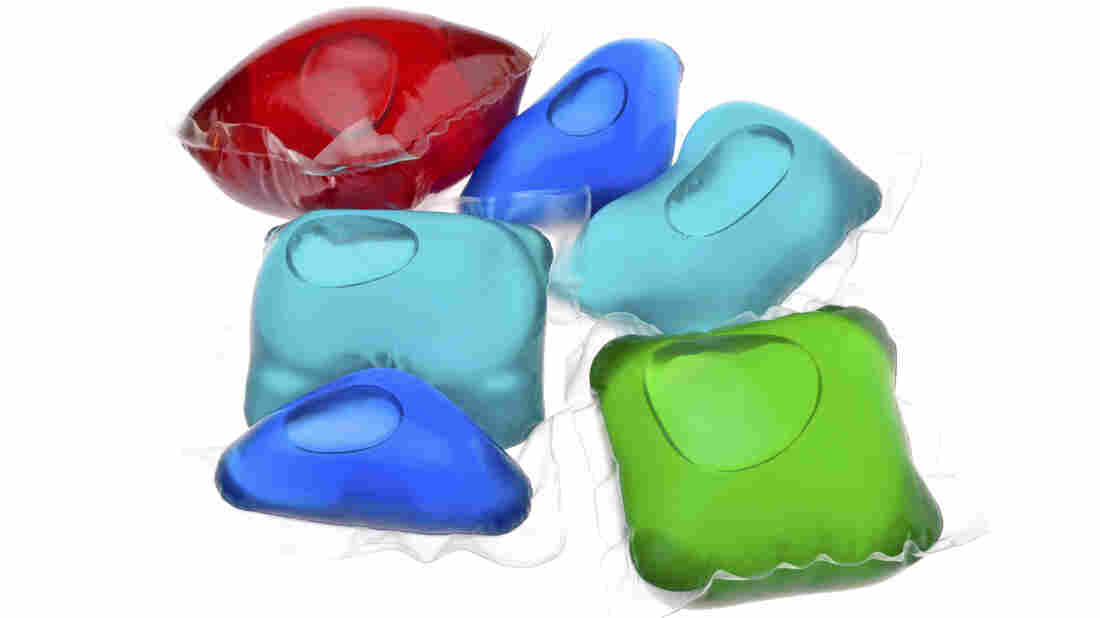 If you think this looks like something fun to play with, you could get yourself into trouble. iStockphoto hide caption 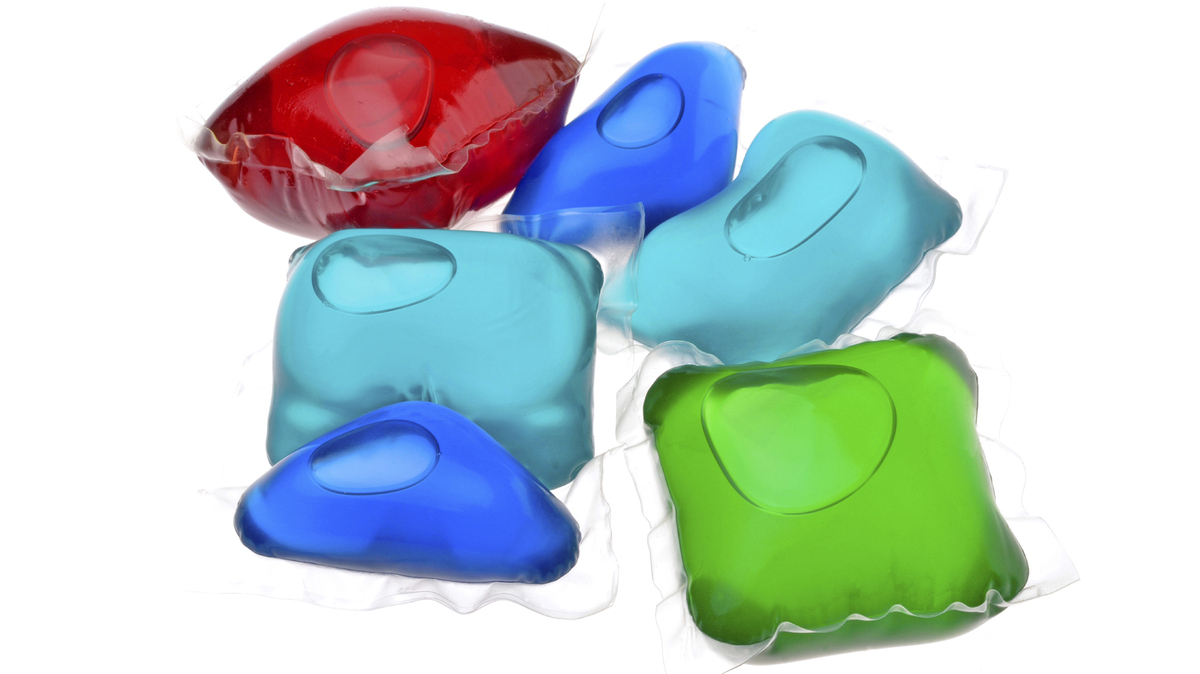 If you think this looks like something fun to play with, you could get yourself into trouble.

Liquid detergent pods can cause eye injuries in children after they squeeze or bite the brightly colored pouches, a study finds.

Eye doctors at Cincinnati Children's Hospital Medical treated 10 young children who had eye injuries in 2012 and 2013 as a result of encounters with a ruptured detergent pod. The injuries included conjunctivitis and corneal damage; fortunately they all recovered within a week, with no long-range problems.

The hospital also sees children with breathing problems and other injuries caused by the pods, according to Dr. Michael Gray, the lead author of the study, which was published in the October Journal of the American Association for Pediatric Ophthalmology and Strabismus.

"It's a risk for injury to the eye, and like any chemical they need to be put in a place where kids do not have access to it," Gray told Shots. "Be sure to treat it like any other poisonous chemical."

New forms of laundry detergent pods debuted in the U.S. market in 2012, and poison control centers started getting calls of injuries to young children, including vomiting, difficulty breathing and lethargy.

The problems continue, according to Dr. Michael Beuhler, a medical toxicologist and medical director of the Carolinas Poison Center. In 2012, North Carolina answered 220 calls to its poison hotline about detergent pod poisonings. That number rose to 262 in 2013, and is at 321 for 2014 as of October. Nationwide, nearly 6,300 injuries were reported in 2012. Numbers for 2013 aren't yet available.

The injuries seem worse than with regular liquid detergents, Beuhler says, perhaps because of surfacants or other chemicals in the pods' formulation. "It's probably not the pH," he says. "[In the] ones we've seen the pH is not that far off from physiologic, yet they have these bad injuries."

Some manufacturers have tried to make packaging more difficult for children to open, and some, including Procter & Gamble, manufacturer of the popular Tide pods, suggest that they should be stored in a high cabinet with a childproof lock.

But Beuhler says that in many of the calls received by the Carolina Poison Center, the child finds the pod when it's in the washing machine or otherwise loose, not in the container.

"Soap can hurt you," Beuhler told Shots. "There's not an understanding that these are dangerous for children to get their hands on."