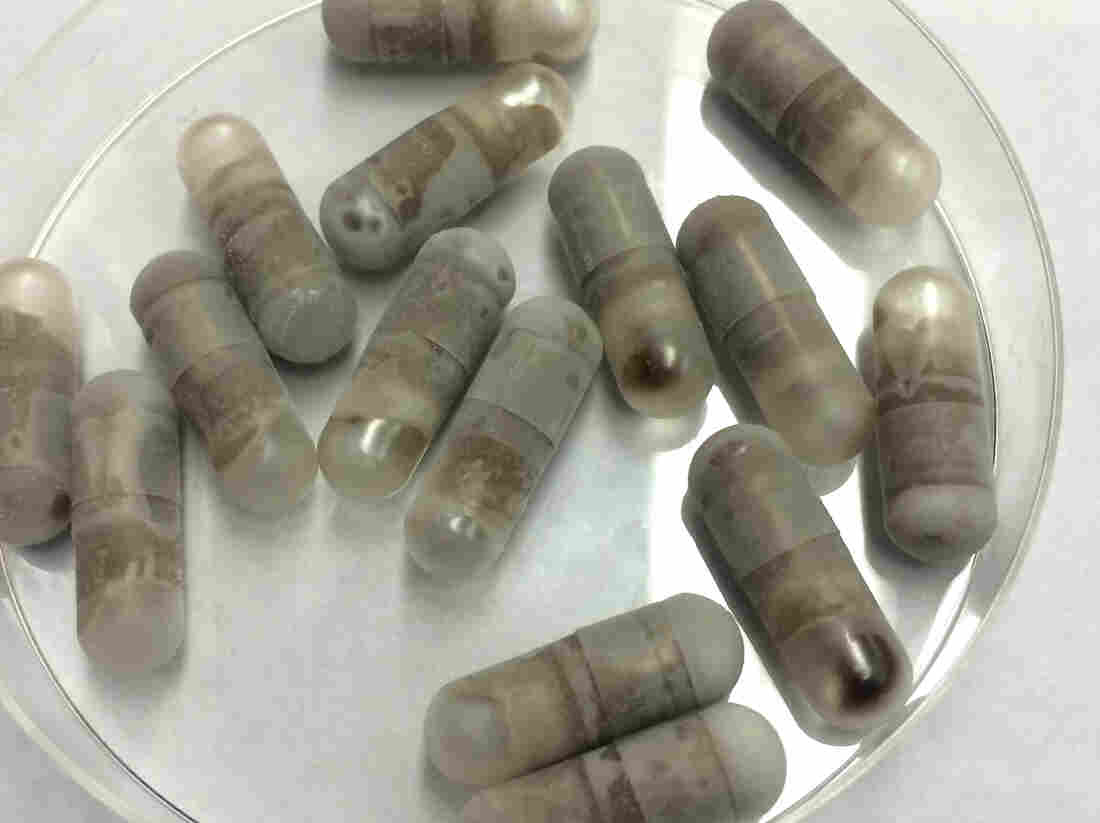 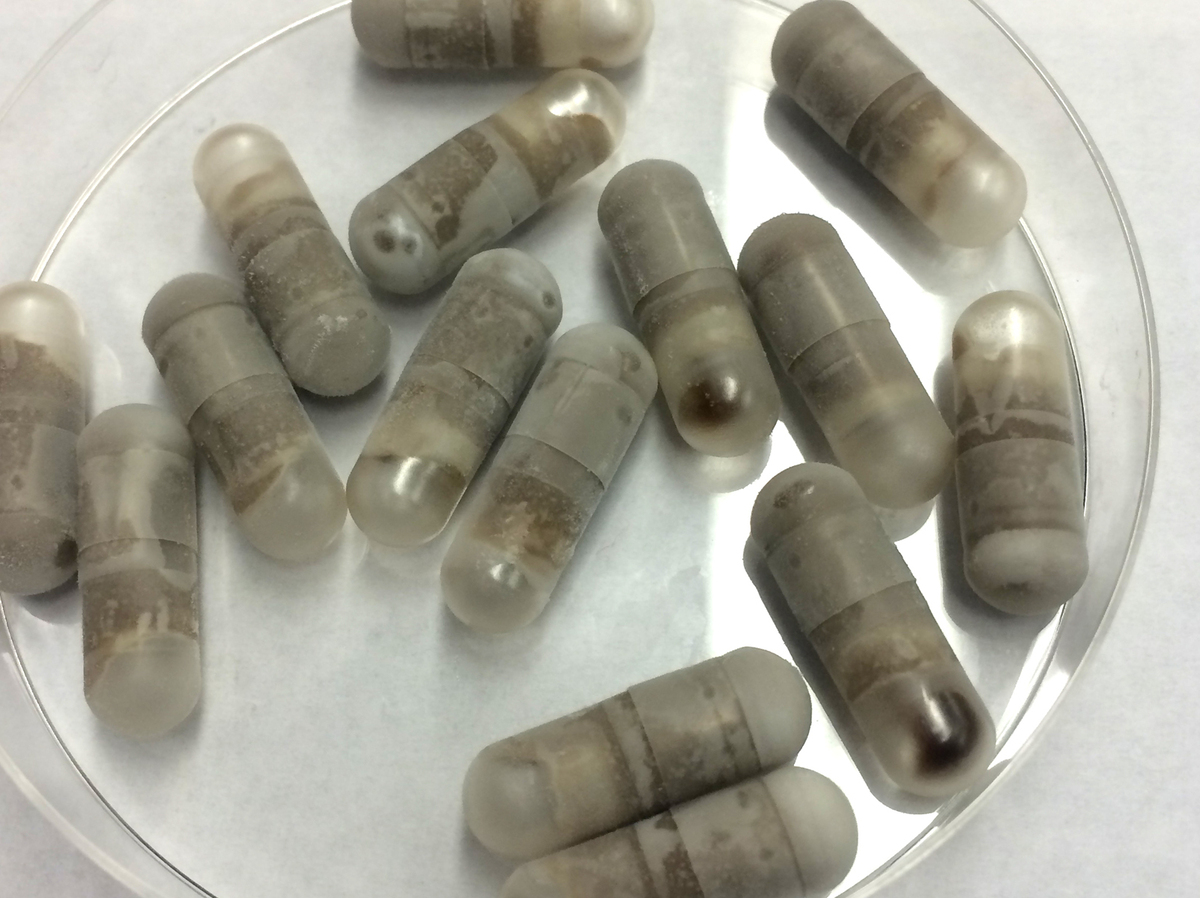 Courtesy of the Hohmann Lab

Fecal transplants can be life-saving for people with stubborn bacterial infections, but they're not for the faint of heart. So doctors have come up with a way to make them more palatable: the frozen poop pill.

People infected with Clostridium difficile suffer debilitating diarrhea, but the bug often defies antibiotics. Doctors have recently discovered that a fecal transplant will restore good gut bacteria that banishes the C. diff. But the procedure is awkward, requiring a donation of fresh feces, usually from a relative, and a colonoscopy to deliver it.

Researchers at Massachusetts General Hospital figured they could improve on that. First they tried delivering the fecal transplant through a tube snaked down the nose and into the stomach. It delivered the healthy bugs but wasn't much fun.

"Just getting the tube down is a problem," Dr. Elizabeth Hohmann, a staff physician in infectious diseases at Mass General, told Shots. And the doctors worried that if people gagged and vomited, they could inhale fecal matter. "That's pretty scary."

A pill wouldn't require invasive procedures, the researchers speculated, and would be less likely to cause vomiting. And if they froze the pills, donors wouldn't need to be standing by.

To test that hypothesis, the researchers got donations from young, healthy volunteers screened to make sure they didn't have HIV, hepatitis or other infectious diseases. They froze the material and waited four weeks to test the donors again. Once the donors got a clean bill of health, pill production began.

By now you're probably wondering what a poop pill looks like.

"When I first started doing this, I had in my mind that it would be a little red-and-white banded capsule, like a Tylenol capsule," Hohmann says. "That was my dream." But alas, the capsules had to be acid-resistant so they could make their way past the stomach into the large intestine, where the good microbes work their magic.

And acid-resistant capsules only come in translucent. "So they are sort of brownish-colored capsules," Hohmann says. "Fortunately, because they're frozen, when you take them out of the freezer they sort of frost up a bit and they're not too gross."

Twenty people with recurrent C. diff infections took 15 pills a day, about the size of a large multivitamin, for two days. Fourteen of them were free of diarrhea almost immediately, with no recurrences. The other six tried the treatment again; that did the trick for four of them. The two people who failed to get results were in poorer health overall, the study found. But the treatment worked for people from age 11 to age 89.

The Mass General group has since treated another 21 people with the pills, with similar success. The results were announced Saturday at the IDWeek meeting in Philadelphia and published in JAMA, the Journal of the American Medical Association.

"We're really jazzed that a journal of this stature has picked this up," Hohmann says. "I've been a microbiology researcher for 25 years, and this is the biggest thing we've done."

Has she been published in JAMA before? "Oh no, no, never."

Despite the impressive results, poop pills may turn out to be not the silver bullet they seem today. Though the treatment appears safe and effective, "there's always the possibility that unknown infectious agents could be transmitted this way," Hohmann says. "We screen these people to be as healthy as we can determine in 2014, but who knows?"