Accessibility links
Nurses Want To Know How Safe Is Safe Enough With Ebola : Shots - Health News It's not clear how Dallas nurse Nina Pham became infected with Ebola virus while working in the intensive care unit. Nurses at many hospitals say they haven't had enough training to deal with Ebola. 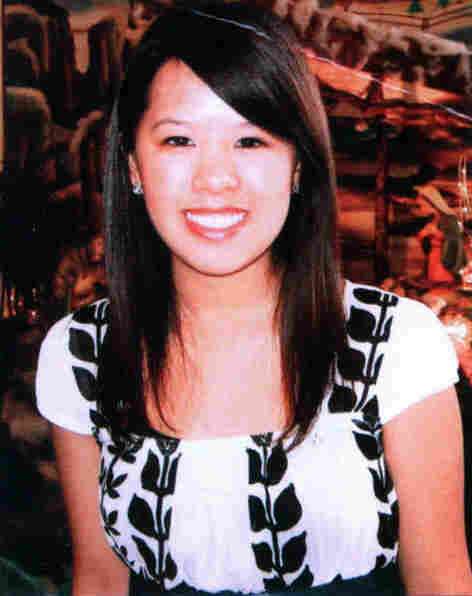 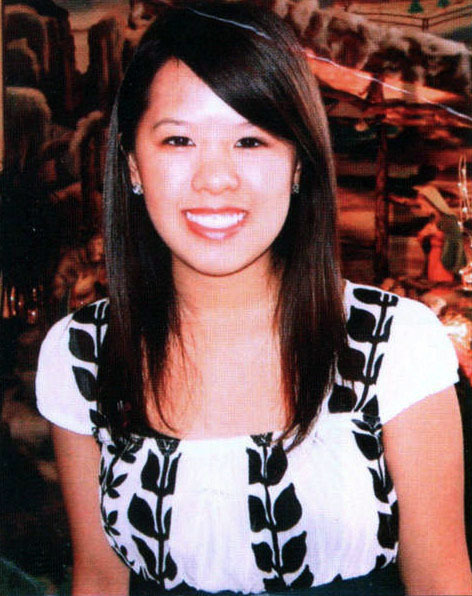 Nurses were worried about Ebola long before nurse Nina Pham became the first person to become infected with the deadly virus in the United States.Now they're worried and mad. And they've got lots of questions about how to care for future Ebola patients safely.

Pham, 26, was part of the team caring for Ebola patient Thomas Eric Duncan at a Dallas hospital until he died last Wednesday. She was diagnosed with Ebola on Sunday, and is reported to be in stable condition at Texas Health Presbyterian Hospital hospital.

Her case is especially troubling because as far as anyone can tell she was following the hospital's infection control procedures, which included wearing a gown, mask, face shield and gloves when working with the patient. The hospital and the Centers for Disease Control and Prevention are investigating whether invasive procedures used on Duncan, including intubation and kidney dialysis, could have increased the risk of infection.

We called Diana Mason, a professor of nursing at Hunter College and president of the American Academy of Nursing, to talk about what needs to be done to make hospitals safe for patients and staff when dealing with Ebola. This is an edited version of our chat.

Dr. Thomas Frieden, director of the Centers for Disease Control and Prevention, said on Sunday that a "breach in protocol" led to Pham becoming infected with Ebola. It sounds like that didn't go over very well with nurses.

There's a lot of outrage about Frieden's comments. It's blame the nurse again.

But the CDC now says they're trying to figure out what happened, and to make sure lessons leaned in Dallas are communicated with hospitals nationwide. Where are the weak points in the system?

If I'm working with most patients with isolation in the United States, there's a separate room where I gown and degown. But that's probably not sufficient with Ebola. You don't want to gown and degown in the same place.

If you look at the hazmat suits that Emory used, that's not what most nurses in the United States are going to have. So it's really important that when I gown up that I have someone watching me to make sure I'm doing it correctly, and the same thing when I take all this equipment off.

That's why I think the CDC is thinking of regionalizing the care of Ebola, because most hospitals don't have that capacity, to have that kind of space for suiting up properly and degowning properly.

What about staffing? Many nurses work a 12-hour day.

If I've been working 12 hours and I'm going into my 13th hour, the likelihood that I'll have a lapse is huge. That's human nature.

You won't want an exhausted worker caring for Ebola. You just do not. We need to make sure that hospitals are putting in place the best practices with staffing as well as with infection control.

Nina Pham sounds very dedicated to her patients. Do you think she knew what she was getting in for?

Well, I went into nursing when I was 18. I really didn't think about the hazards. And even then, nurses are committed to caring for people. Sometimes that means you are exposed to things that other people wouldn't even want to witness. It's just what you do.

Someone asked a nurse, what do you make? I make sure your seriously ill father is cared for. I make sure that when you're incontinent you're cared for.

It's this everyday, profound yet intimate work that people do. People don't understand it. It requires incredible cognitive and emotional intellect to do it. You are with someone at the most difficult and challenging and joyous moments of their lives.

If your hospital's not prepared for Ebola, the nurses will know it. You want to pay attention to what they're saying. But I'll tell you that many nurses who speak up end up being given a really hard time in some institutions.