Accessibility links
Despite Legal Reprieve On Abortion, Some Texas Clinics Remain Closed : Shots - Health News Texas clinics that provide abortion services were surprised by a ruling from the high court this week that allows them to reopen. But the bruising legal battle may have already changed the landscape. 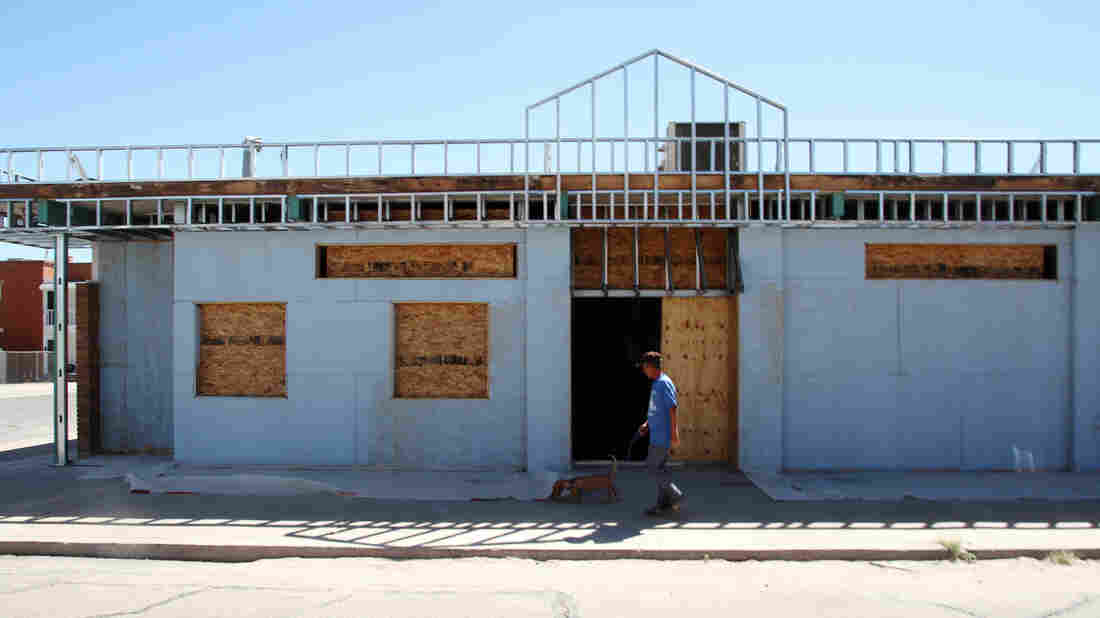 A man walks past the former site of a clinic that offered abortions in El Paso, Texas. Juan Carlos Llorca/AP hide caption 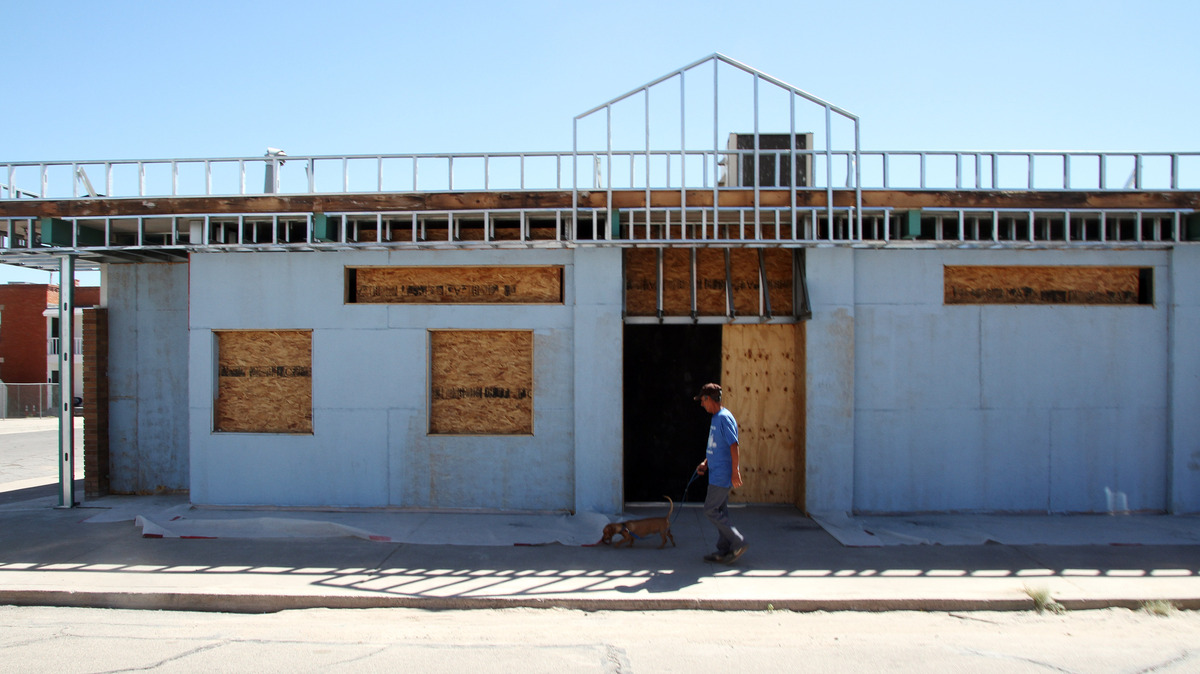 A man walks past the former site of a clinic that offered abortions in El Paso, Texas.

Texans on both sides of the abortion issue are taking stock after the U.S. Supreme Court intervened in a lawsuit over a state law that would require clinics that provide abortion services to conform to standards for ambulatory surgery centers.

The court issued an order late Tuesday saying 13 Texas clinics that had to close can reopen their doors for now.

The clinics had shut down Oct. 3 because they couldn't meet the standards of ambulatory surgery centers. That's one of the Texas law's requirements. But now the U.S. Supreme Court has said those clinics can continue to operate while the law is appealed.

"I was really surprised and really delighted in a way I hadn't expected," said Amy Hagstrom Miller, founder and chief executive of Whole Woman's Health. Whole Woman's is the lead plaintiff in the lawsuit for this case. The company once had six clinics in Texas, but the law forced all but one to close.

Miller said she will reopen her clinic in McAllen by Friday, which would make services available to low-income women in the Rio Grande Valley. Women in the area had to travel to San Antonio, but many couldn't afford the trip or take time off from work, she said.

"To begin with there were only two clinic facilities in the Rio Grande Valley, and both of us had to close, which meant that women had to travel upwards of 250 miles round-trip in order to get an abortion safely," Hagstrom said.

Hagstrom is also working to reopen a second clinic in Fort Worth.

But even with this ruling, the legal fight in Texas appears to have fundamentally changed the landscape for abortion providers, and not all the clinics are likely reopen.

Whole Woman's clinic in Austin no longer has a lease or a state license. The company once had a clinic in Beaumont, but doctors there can't obtain admitting privileges at nearby hospitals, so Miller closed it in March.

In addition, any clinic that reopens might have to close again if the 5th Circuit Court of Appeals eventually rules the Texas law can stand.

Planned Parenthood in Houston was one of only eight places left in the state to get an abortion after the noncompliant clinics closed Oct. 3.

Texas is the country's second-most populous state, with about 26 million people.

When the other clinics closed, Planned Parenthood received over 500 calls in just one day, about six times the normal volume.

Some women whose appointments were canceled drove to the Houston clinic off the Gulf Freeway. "Women were scared, they were nervous, they didn't understand what was happening," Tafolla said. "We're just thrilled the court stepped in to stop this terrible law and we hope that it will eventually and ultimately be overturned."

The Supreme Court's intervention means that the cycle of emergency motions is over. The 5th Circuit has agreed to expedite the full appeal, which could be heard as soon as December.

Horne said it's discouraging that some clinics can now reopen, because she believes they don't offer good medical care. But she remains optimistic the law will stand in the long term.

"The encouraging thing for us is that this case is still before the 5th Circuit, and the 5th Circuit has already said a lot of positive things about the state's merit and likelihood of success," Horne said. "And none of that actually changed with what the Supreme Court said."

This story is part of a reporting partnership between NPR, Houston Public Media and Kaiser Health News.