Accessibility links
Take Your Medicine, Tap Your Phone And Collect A Prize : Shots - Health News Apps offer games and rewards to keep you taking your prescription medicine. While rewards may not be for everyone, they could give some people a helpful motivational boost.

Take Your Medicine, Tap Your Phone And Collect A Prize

Take Your Medicine, Tap Your Phone And Collect A Prize 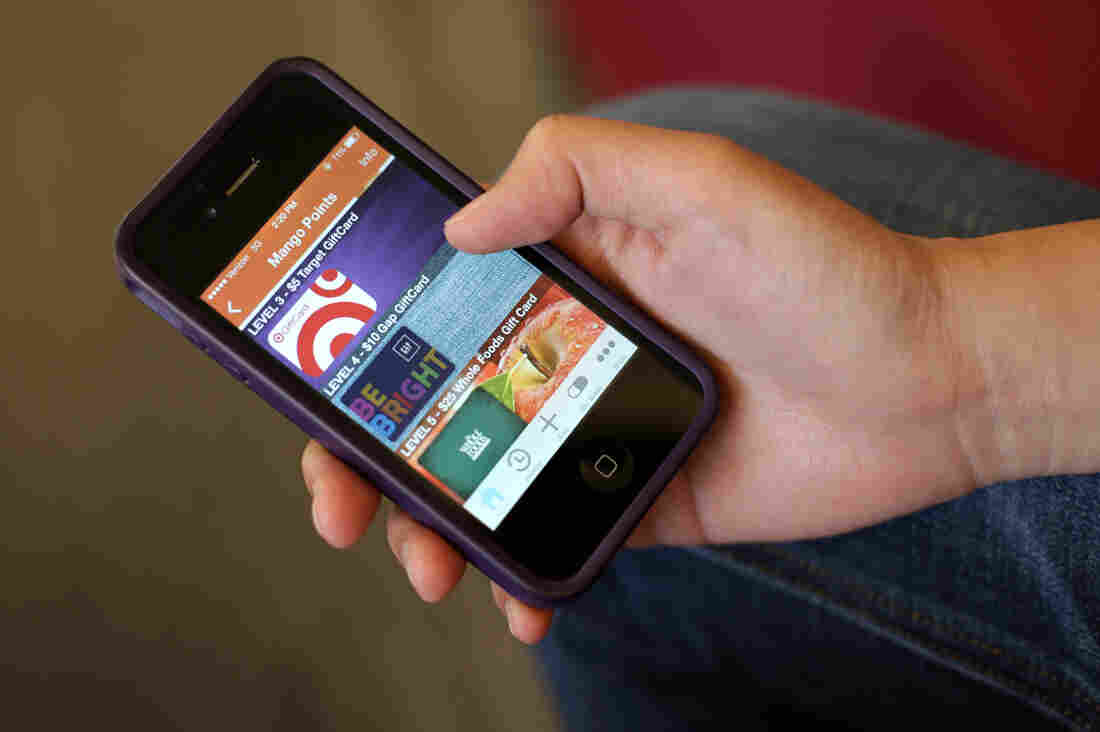 A view of the rewards screen on the Mango Health app. Meredith Rizzo/NPR hide caption 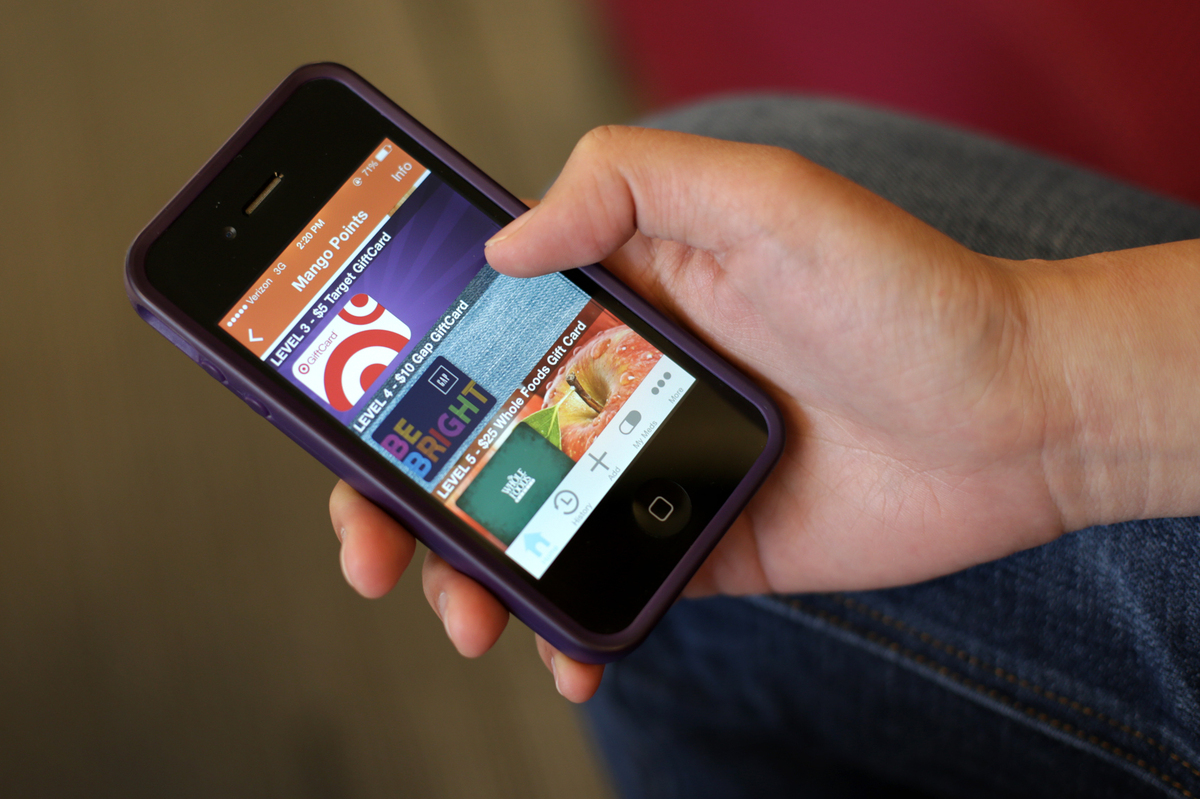 A view of the rewards screen on the Mango Health app.

As a neurosurgeon in Connecticut, Dr. Katrina Firlik saw too many patients make the same mistakes, over and over again.

At her hospital in Greenwich she'd see patients with hemorrhagic strokes that could have been prevented. "They didn't take their hypertension medications for the last couple decades," she says. 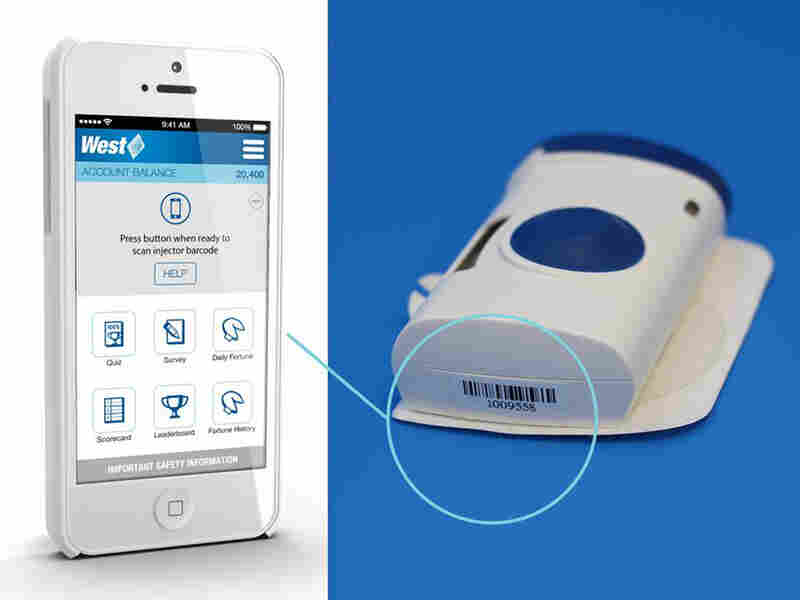 A new tool from HealthPrize syncs with your smartphone to let the company know when you've taken your medication so you can reap your rewards. HealthPrize hide caption 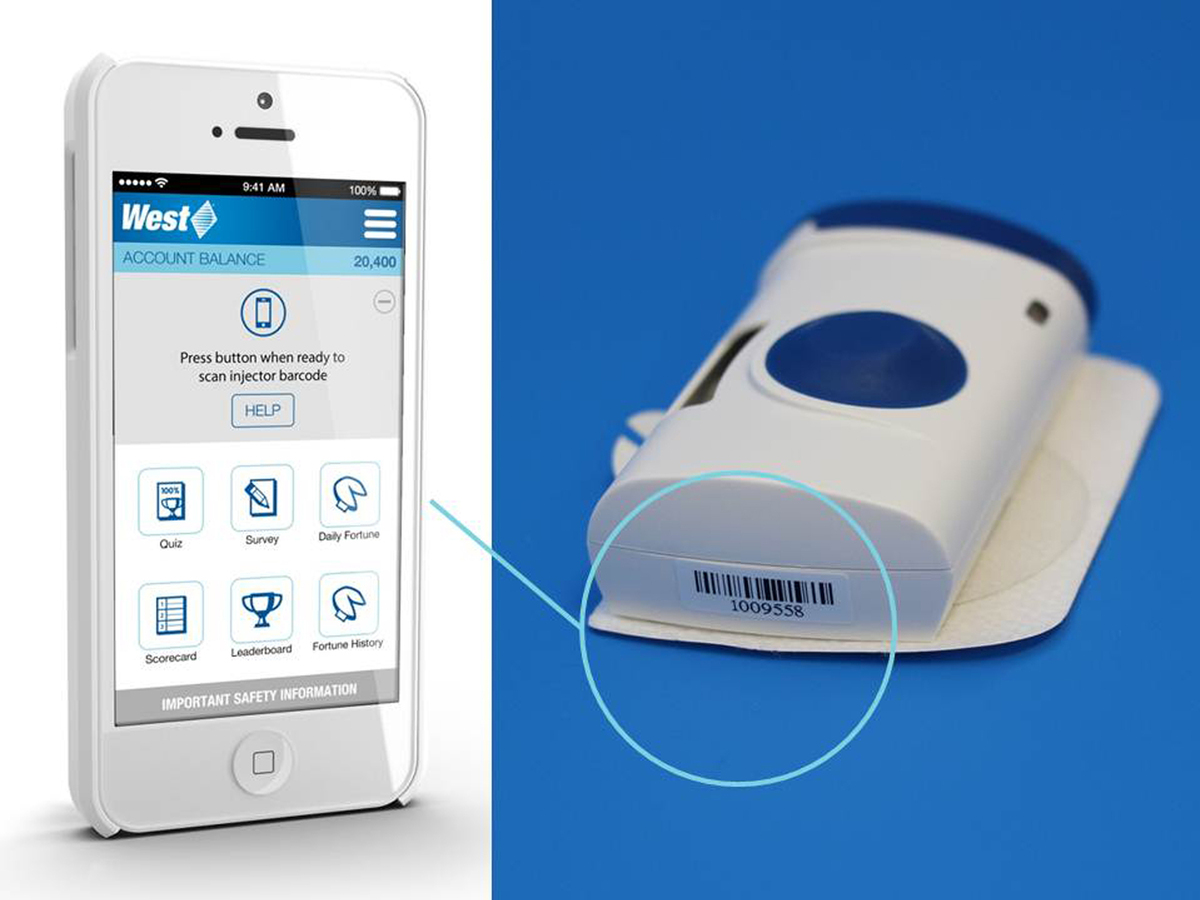 A new tool from HealthPrize syncs with your smartphone to let the company know when you've taken your medication so you can reap your rewards.

Firlik wanted to try to stop these problems. In 2009, she co-founded the company HealthPrize with two other health care entrepreneurs, Tom Kottler and James Jorasch, to create an app that would motivate people to take their meds.

HealthPrize offers reward points, much like Candy Crush or Fruit Ninja, to get people to stick with their prescriptions.

The company has recently partnered with West Pharmaceutical Services, a company that makes specialized devices for drugs that are injected, such as insulin. The customized tools ping a patient's smartphone when a drug has been injected. HealthPrize tracks the pings to verify that people have taken their medicines.

Patients who don't take their medicines, as Firlik saw, are at risk for strokes, heart attacks, blood clots and even death. The failure to follow through on doctors' prescriptions leads to problems that cost the U.S. health care system more than $290 billion a year, according to a report conducted by the New England Healthcare Institute. The costs include additional hospital admissions and extra emergency room visits.

The reasons patients don't take their drugs range from unwillingness to fork over a copay to worries about side effects. Another reason is that many chronic conditions, such as high blood pressure, don't have symptoms. And unlike an antibiotic or painkiller, the drugs people take to control many chronic conditions don't make them feel better.

Cholesterol-lowering statins are among the most-prescribed drugs in the U.S., but about 50 percent of patients don't take them as they should. "The No. 1 reason people don't take statins is because they don't really believe they need them," says Josh Benner, founder of RxAnte, a company that consults health groups on what types of patients don't take their medications. People don't think they're going to get a heart attack or a stroke, so they pass on the pills.

That's why startups like HealthPrize and Mango Health use rewards to make taking medicines part of a larger game to give people a boost of motivation.

Running through HealthPrize's blood are ties to Priceline and research in consumer motivation, casinos and gaming. "We understand consumers when it comes to Las Vegas, vending machines, lottery tickets," says Firlik.

Similarly, Mango Health's brightly colored fruit logo and friendly mobile interface sprang from the minds of former gaming industry executives. It makes sense to use a gaming angle to get you to take your meds, says Jason Oberfest, the CEO of Mango Health, because "our [demographic] looks very similar to mobile games."

He describes the average user of the Mango Health app as a woman, early to mid-50s, who enjoys Instagram and uses mobile banking apps. She would like a simple app on her phone to help her manage her recently diagnosed condition and the drugs her doctor told her she needs to start taking.

HealthPrize and Mango Health partner with health care groups, such as pharmaceutical companies, health insurance companies or physicians, to offer specific incentives for medical conditions and associated prescriptions. They verify that patients are refilling their prescriptions through the drug companies or pharmacies, while patients enter data on an app or mobile website, saying they took their medication.

Patients who take their medicines can collect various rewards, including gift cards to Amazon or Starbucks, cookbooks or donations to their favorite charities. "It's the immediacy of the reward that's critical," says Firlik. For HealthPrize, "the most common items that are redeemed are for $5 or $10 gift cards."

Depending on the app, the bill for the rewards is footed by a pharmaceutical company (HealthPrize) or the company itself (Mango Health).

In a study of 300 patients using HealthPrize over 20 months, they were, on average, 54 percent more likely to take their blood pressure medication than patients taking the same drugs but not in the program, according to the company.

However, neither HealthPrize nor Mango Health has published peer-reviewed studies, which leaves some cautious of the claims. "It's hard for me to imagine the apps overcoming understanding the need for treatment or fear of side effects," says Benner. "Those are, in our experience, best addressed by health care professionals."

However, Benner says he hopes the companies will sharpen their focus on people who could get help from apps. "They're just not going to be appropriate or effective for everybody," he says. But for those experiencing their first long-term everyday pill, an app could provide just the kick they need.