Accessibility links
Just Seeing Charts And Graphs Makes Drug Claims More Credible : Shots - Health News Graphs look so impressive. Even graphs that include no new information made people more likely to think that a drug is effective, a study finds. Can you inoculate yourself against that bias? 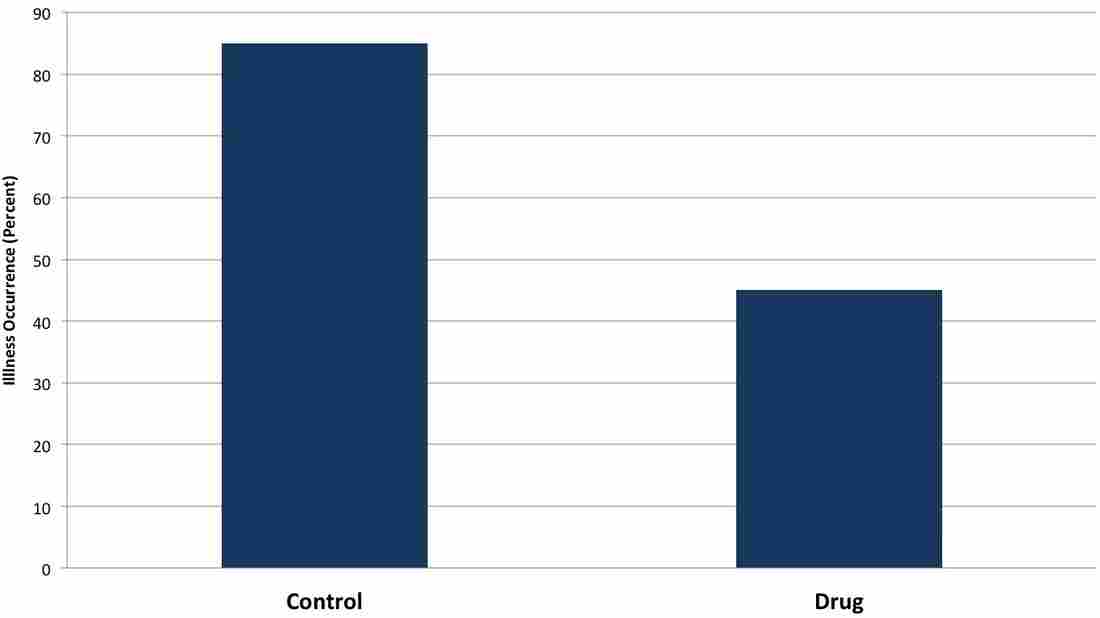 When people see charts like this, they think the drug is more effective than if they just read about the data, a study finds. Source: Cornell University hide caption 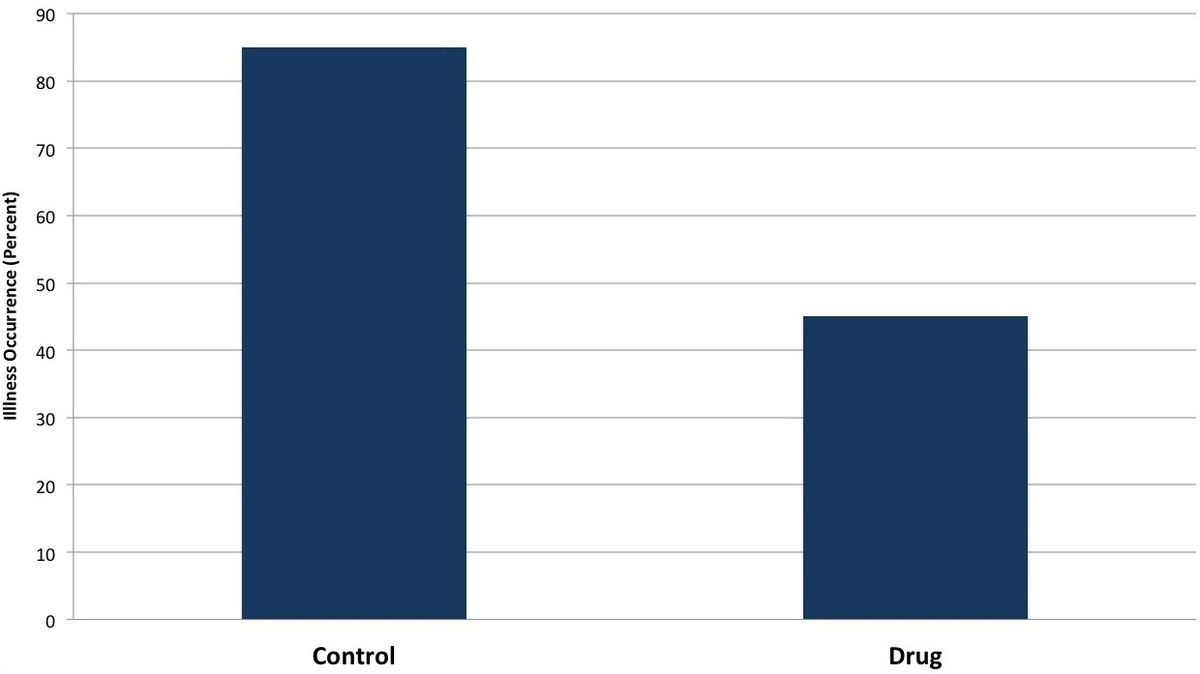 When people see charts like this, they think the drug is more effective than if they just read about the data, a study finds.

Graphs and formulas say "Science!" to consumers, so much so that simply seeing claims about a new drug that were accompanied by data visualizations made people more likely to believe the claims.

The effect is especially true if people have a strong belief in science to begin with.

That's the conclusion of a study published online in the journal Public Understanding of Science. It includes three experiments. In the first, 61 people read a paragraph saying that a nonexistent new drug enhances immune function and reduces the likelihood of catching a cold by 40 percent. Half of the people also saw a graph that repeated the numbers but contained no new information.

Of those who saw the text and the graph, 97 percent said they believed the drug worked, compared with 68 percent for the people who saw only the text.

The researchers, from the Cornell Food and Brand Lab, wanted to be sure that difference wasn't just because one group had the information repeated for them in graph form. So a separate group of 56 people saw the text and the graph, or the text plus an extra sentence repeating some of the information.

Again, the people who saw the graph rated the medication as more effective – especially those who said they believed in science.

Finally, the researchers wanted to make sure that the effect didn't just hold for visual representations of information such as a graph.

So a different group of 57 people received information about another hypothetical drug. For half, that included the drug's chemical formula. Those who saw the formula believed the drug would work two hours longer than those who didn't get the formula.

Even "trivial elements that are associated with science ... can enhance persuasion," the authors said. That's important in an era of sometimes-dubious health claims for foods and supplements as well as medications. Indeed, a Nielsen survey a few years back found that while most people say they don't believe the claims on food labels, they were more likely to believe claims backed by numbers.

Cornell behavioral economist Aner Tal, an author of the study, says there's nothing inherently illegitimate about product information, marketing materials or advertisements that include graphs or formulas. It's just that those elements make the marketing message more convincing. So he warns that it's important to consider the source of all that information, no matter the form it takes. Is it from the company itself or a source funded by the company? Or is it from an independent source?

He says it can't hurt to approach "science-y" information like graphs or formulas with a more critical attitude. But he doesn't know if putting your guard up can make you immune to the bias.