Accessibility links
When Reassuring Isn't: The Rush To Test Cruise Passenger For Ebola : Shots - Health News Galveston, Texas, officials meant well when they tested a passenger while she was still at sea. But some say airlifting a blood sample in a Coast Guard helicopter was needlessly alarming.

When Reassuring Isn't: The Rush To Test Cruise Passenger For Ebola

When Reassuring Isn't: The Rush To Test Cruise Passenger For Ebola 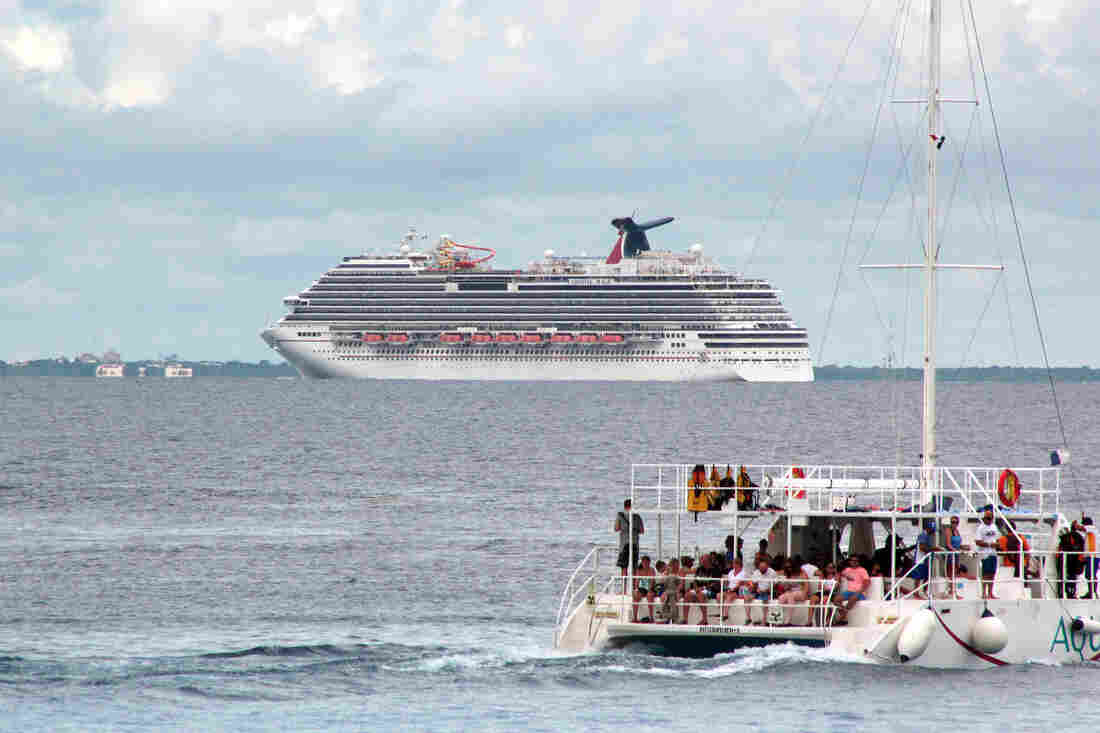 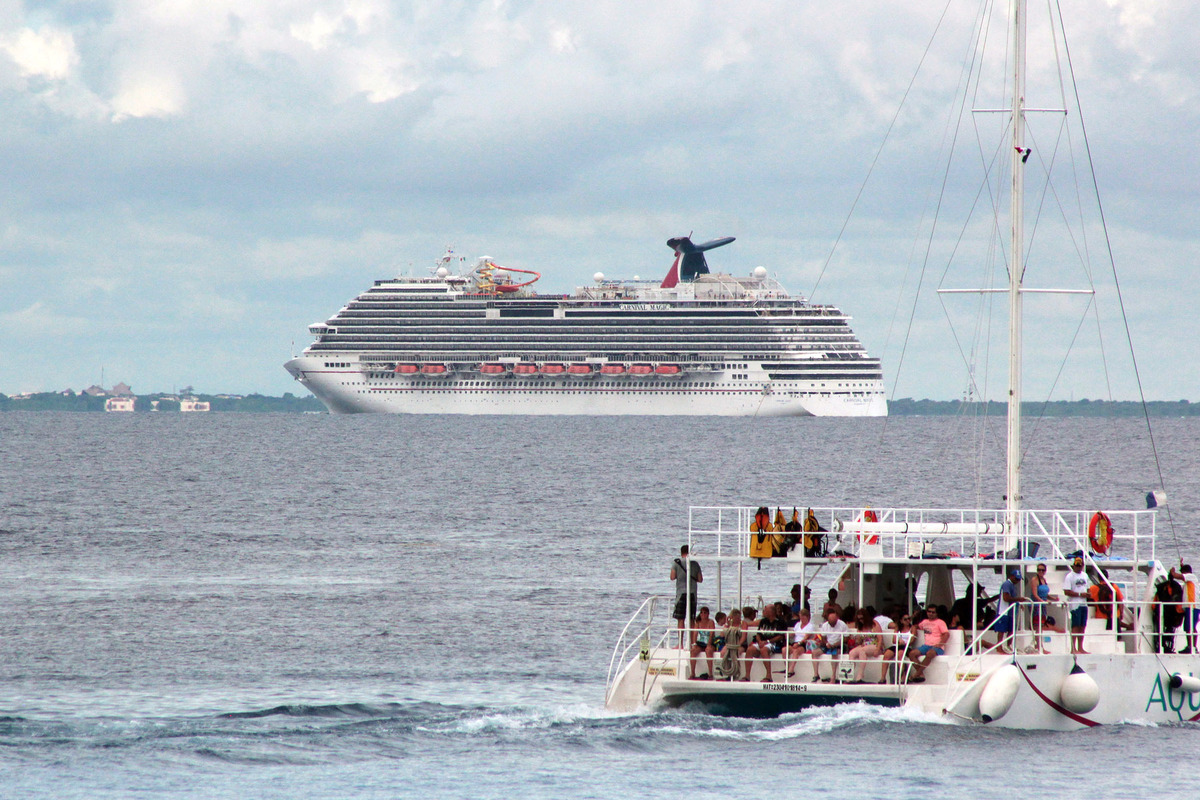 The cruise ship Carnival Magic floats behind a catamaran off Cozumel, Mexico on Oct. 17. The ship skipped a planned stop there Friday, the cruise line says, after Mexican authorities delayed granting permission to dock.

Here's a question about the fine line between a prudent response and worrisome overkill: Is the sight of a U.S. Coast Guard helicopter hovering over a cruise ship to pick up a blood sample (which is to be tested for Ebola) a sight that should inspire feelings of reassurance, or a nagging sense that something is not quite right?

The question is still in the air after the weekend's effort to airlift a few milliliters of blood from a passenger who was on board what is now being called the Ebola Cruise.

"I understand the motivation to do as much as we can to reassure the public," says Dr. Thomas Inglesby, director of the University of Pittsburgh Medical Center's Center for Health Security. But when people act with an excess of caution, he says, "that can lead us to do things that are inadvertently making people more frightened."

"It's not clear to me why, for an asymptomatic person coming into port, we would need to get that test before docking," says Inglesby, who was not involved in making the decision.

We knew a cruise ship full of passengers would be concerned, and we wanted to reassure them that there was no risk.

The passenger on the ship was a lab worker who had handled clinical specimens from Thomas Eric Duncan, the Liberian man who died of Ebola in Dallas. She departed on the cruise before officials said they did not want people who might have been in close contact with Duncan to travel.

She had no symptoms of Ebola and had isolated herself in her cabin.

Previously, health officials such as Tom Frieden, director of the Centers for Disease Control and Prevention, have said that diagnostic tests of people with Ebola are not reliable until those people develop symptoms. And people who have no symptoms are not contagious, experts say.

While such testing is 'reassuring,' it sets a bad precedent that grants too much credibility to the panic.

She explained that the U.S. Coast Guard provided the helicopter to bring the testing kit to the ship and bring the blood sample back to shore, "but it was local health authorities in Galveston who mandated the test. I need to refer you to them for an explanation as to why they felt it was necessary, as well as the timing."

Kurt Koopman, a spokesperson for the Galveston County Health District, told Shots by email that officials knew when the efforts to get a test began that the results might not come in before the ship's arrival.

"Had the patient remained asymptomatic she would have still been allowed to disembark," he noted. "The test was requested after careful consideration by local, state and federal officials who felt it could be reassuring to other passengers and crew."

Ebola In Church: A Reverend's Quarantine Spreads The Word

A spokesperson with the Texas Department of State Health Services, Carrie Williams, told Shots that the test was not required of the passenger; she agreed to it.

Lessons From Ebola School: How To Draw Blood, Wipe Up Vomit

"We wanted to test to give passengers that reassurance — given the anxiety and reaction we have been seeing across the country with regards to Ebola," Williams says. "We knew a cruise ship full of passengers would be concerned, and we wanted to reassure them that there was no risk."

But some say the series of events were a total — and emblematic — overreaction.

"A generalized panic is occurring worldwide and is largely disproportionate to the risk," says Dr. Amesh Adalja, a representative of the Infectious Diseases Society of America.

He says the facts that the passenger was tested while at sea and that the ship was refused entry by Mexico are "definitely part of that panic."

"While such testing is 'reassuring,' it sets a bad precedent that grants too much credibility to the panic," Adalja points out. "I also wonder how much scarce public health resources are being diverted to deal with these incidents, when they would be better-employed combating the epidemic at its source."

After all, around 9,000 people have fallen ill with Ebola in West Africa — and the death rate there from this disease is around 70 percent.

Oh, and the result of the Ebola test on that helicopter-delivered blood sample? Negative. There was no sign of Ebola.