Accessibility links
Corneal Implants Might Make Reading Glasses Obsolete : Shots - Health News For most people, the need for reading glasses is as inevitable as gray hair and wrinkles. Companies are experimenting with corneal implants to improve the ability to focus close up. 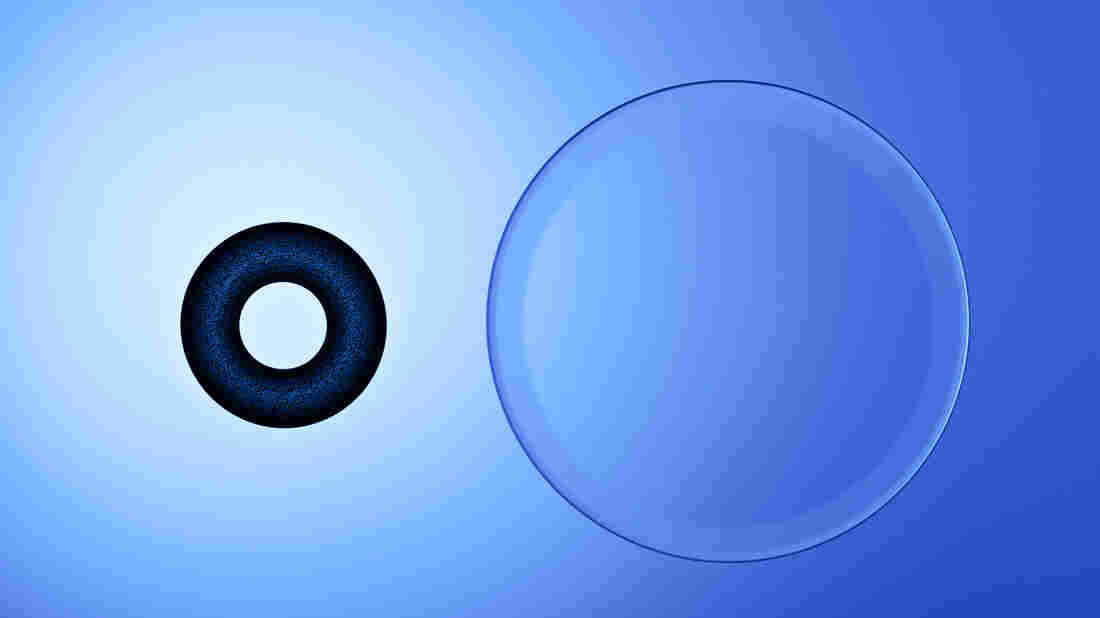 A corneal inlay next to a contact lens. Courtesy of John Vukich hide caption 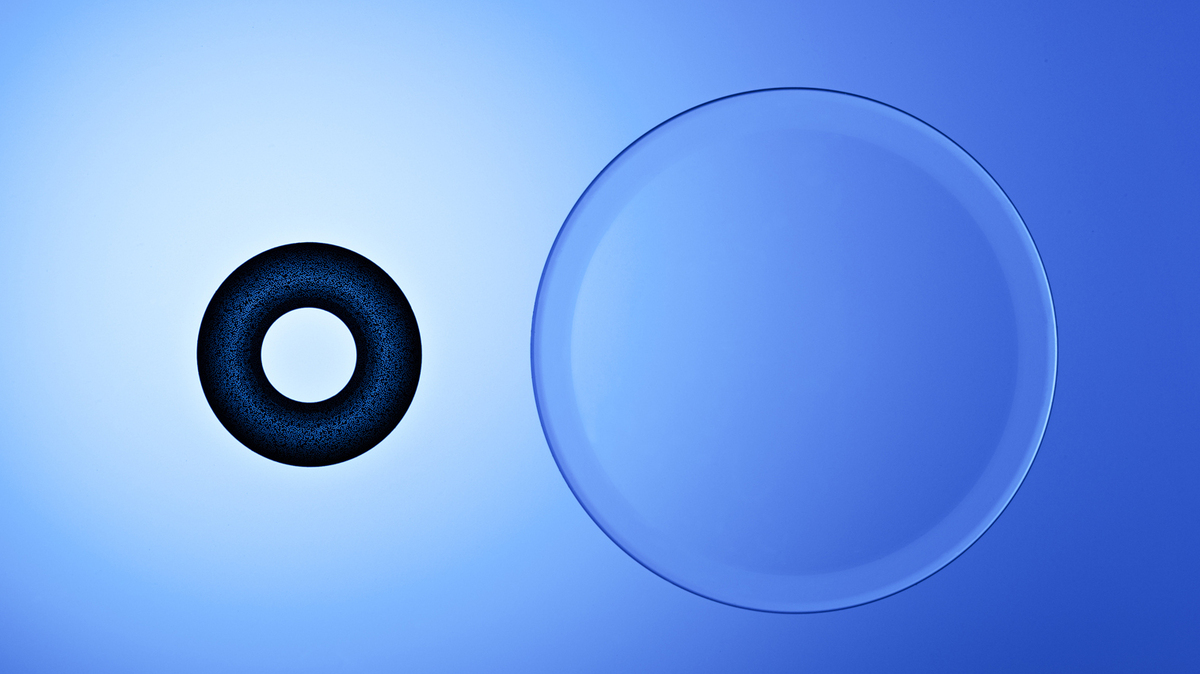 For Lori Bandt, who works as a medical technician and an EMT in a suburb of Madison, Wis., the print on vials of medication has become so difficult to read that if she forgets her reading glasses she has to resort to having a younger EMT worker read the directions. The 45-year-old says: "I'm just stuck."

And she's hardly alone: 1 in 5 Americans needs reading glasses or bifocals because of presbyopia. With age, the formerly pliable lens of the eye starts to harden. That makes it harder for muscles to squeeze the lens to focus on nearby objects.

Eye Phone? Your Next Eye Exam Might Be Done With Your Phone

But eye doctors are trying to come up with options for people like Bandt. Her doctor, Dr. John Vukich, is one of them. The corneal inlay, called KAMRA, is a flexible doughnut-shaped ring that is surgically inserted into the eye and creates a sort of artificial pupil. He is working as a consultant to the company marketing the implant.

The surgical procedure uses a laser to make a small incision in the very front of the cornea, where the ring is placed. The results with a corneal inlay are "immediate," says Vukich, restoring near vision right away. And there isn't much down time for patients. He says the procedure is far less complicated and invasive than LASIK.

The KAMRA corneal inlay has been used in Europe since 2011, and is also being used in South America and Asia.

But members of an FDA advisory panel have raised concerns about the safety of the device. At the committee's meeting in June, the company presented data from a 36-month trial that found that 83 percent of the 478 patients enrolled achieved visual acuity of at least 20/40 or better.

However, that did not include 44 patients who dropped out of the study and had the corneal inlays removed. Most of those patients, 86.4 percent, said the device didn't improve their vision like they expected.

Had the patients been included, the device's efficacy rate would have dropped to 75.8 percent. Officials also noted that even after removal of the inlay, some patients still had hazy vision or fluid buildup in the cornea.

The FDA advisory panel determined that the device was effective, voting 7 to 1 in favor. But when it came to safety, it voted 4 to 5 against the inlay. The FDA hasn't decided whether it will approve KAMRA, but it often follows the advice of its advisory committees.

Even so, the technology has great potential, says Sumers, and might prove a reasonable option for aging boomers in the near future.