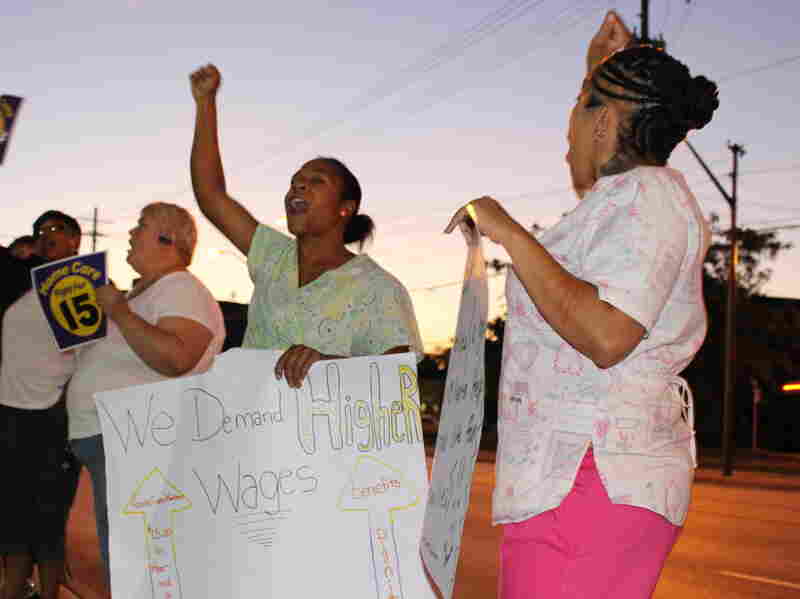 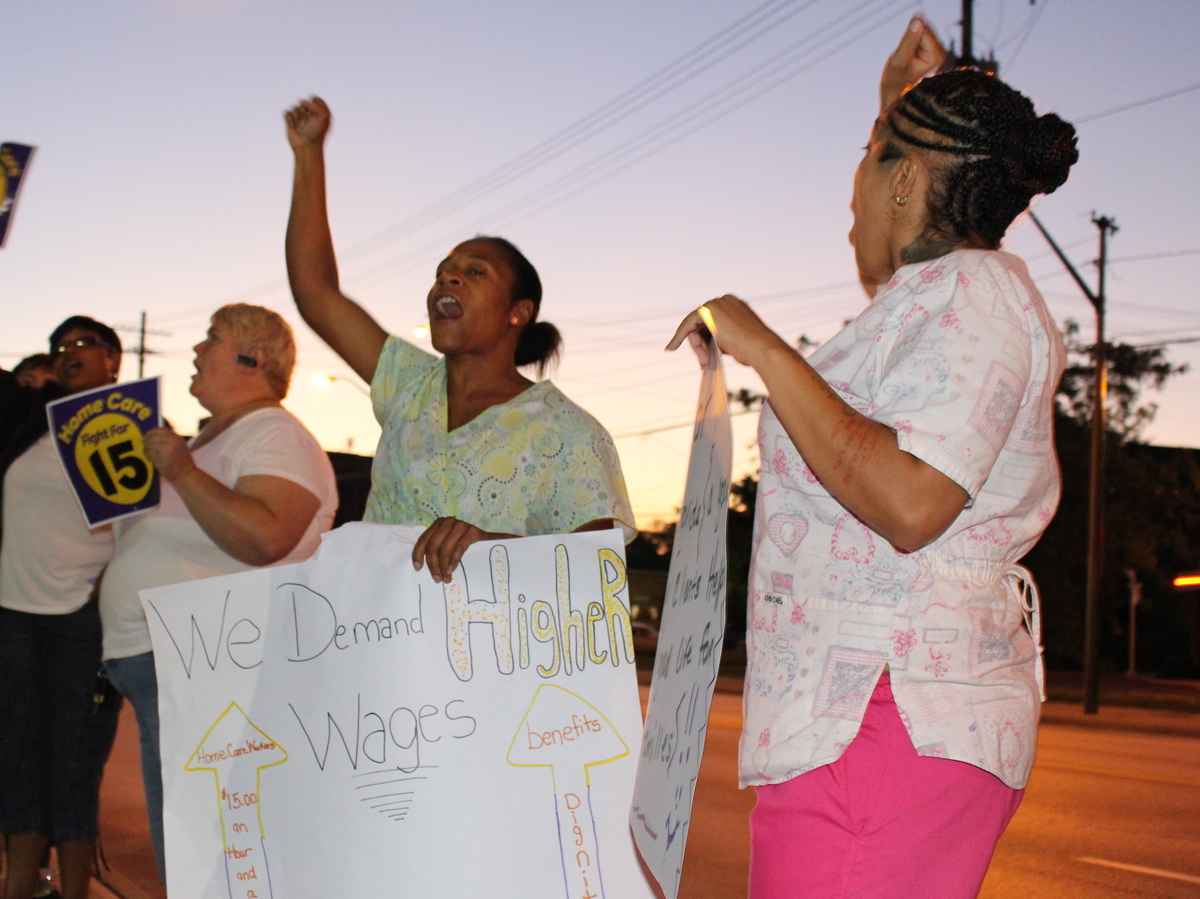 Holly Dawson believes her job is a calling.

She is one of about 2 million home care workers in the country. The jobs come with long hours and low pay.

Each workday, Dawson drives through the Cleveland suburbs to help people take their medicines, bathe and do the dishes. She also takes time to lend a sympathetic ear.

George Grellinger, a former client of hers, has dementia. He recently fell down the back steps of his home. Dawson remains friends and regularly stops in to check on him. To remain living at home, Grellinger had to switch to an aide who is covered by his veterans' benefits.

When Dawson worked for him, Grellinger paid an agency $37 for two hours of her time each day. Dawson received $13 an hour, higher than the national average for home health aides. She had to pay her own taxes and health care benefits. Dawson says she can't remember the last time she could afford health insurance

Dawson says she has been a home health aide for 31 years. She has never done it for the money, rather to help people like Grellinger, she says.

But the conditions of home health work are leading many aides to seek better pay and benefits.

On an early September morning, home health workers held a rally in Cleveland. Jasmine Almodovar, 35, chants with the crowd: "We want change and we don't mean pennies!"

She says she earns $9.50 an hour, which is actually just above average for a home health worker in Ohio.

"We work really long hours, really hard work," she says. "A lot of us are barely home because if we don't go to work, we don't get time off. We don't get paid vacations. And some of us haven't had raises in years."

A Hospital Reboots Medicaid To Give Better Care For Less Money

Almodovar says her last raise was four years ago. She makes about $21,000 a year so she makes too much to qualify for Medicaid, but paying for a plan on Ohio's federal exchange doesn't fit in her monthly budget.

"I don't have a retirement plan, I don't have life insurance, I don't have medical," she says. "Because by a government basis, I'm 90 percent above the poverty level — but I'm in poverty."

Home care workers are mostly women. More than half are women of color, and 1 in 5 are single mothers. A recent analysis by the Brookings Institution found that while the ranks of home health workers grew exponentially over the past decade, their earnings dropped when accounting for inflation, says Martha Ross a researcher at Brookings.

Under the Affordable Care Act, there are financial incentives for hospitals and doctors to keep patients healthy. Ross says home care workers should be considered – and compensated – as vital front-line personnel in reaching the new goals.

And the U.S. Labor Department says more than a million new home care workers will be needed in the next decade.

"They can contribute to better care," Ross says. "Down the line that can contribute to reduced costs through reduced hospitalizations or going back into a nursing home and over time you can take those savings and put them into increased earnings for that home care worker."

Home care workers are often trusted advisors for the patients, says Lisa Kristosik with the Visiting Nurses Association of Ohio.

"People get real confused about how to navigate the health care system," she says. "And they know because they've seen it. Because they're in the homes. And they are in the homes for hours on end."

This story is part of a reporting partnership with NPR, WCPN and Kaiser Health News.