Accessibility links
Look Here: Phone App Checks Photos For Eye Disease : Shots - Health News Bryan Shaw showed it was possible to detect early signs of eye cancer from a family photo album. Now, he and his research team have made an iPhone app. 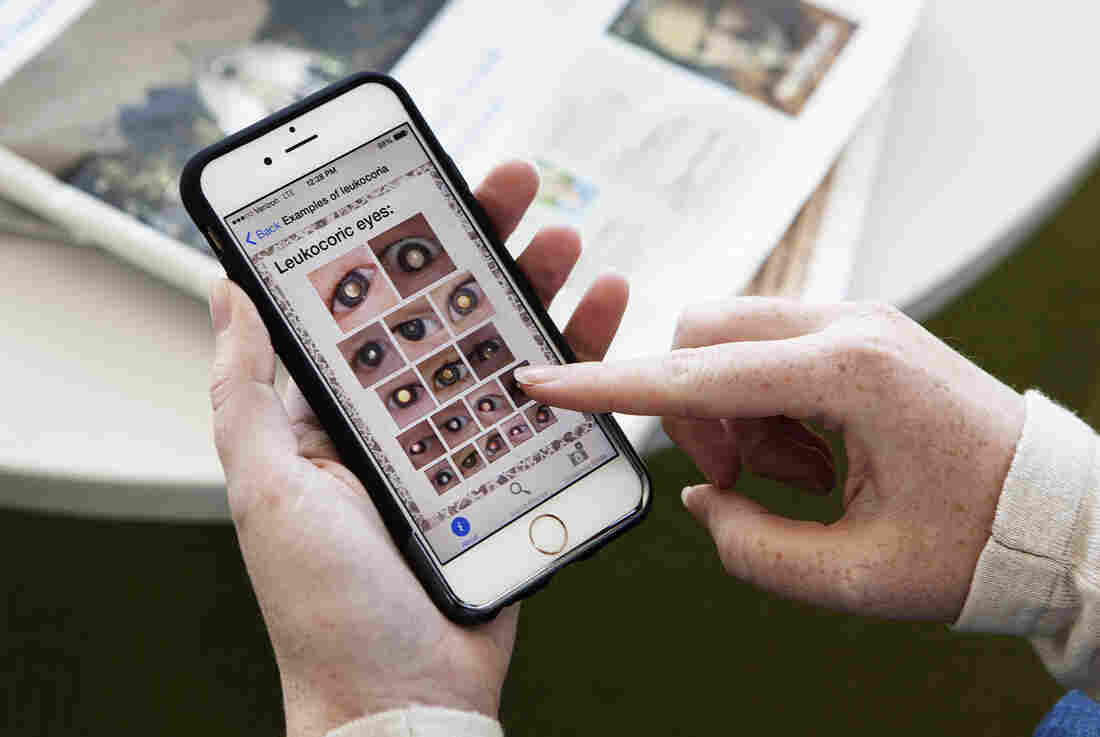 Examples of what the iPhone app looks for: The white reflection from an otherwise dark pupil can indicate a tumor, a cataract or other eye problems. Claire Eggers/NPR hide caption 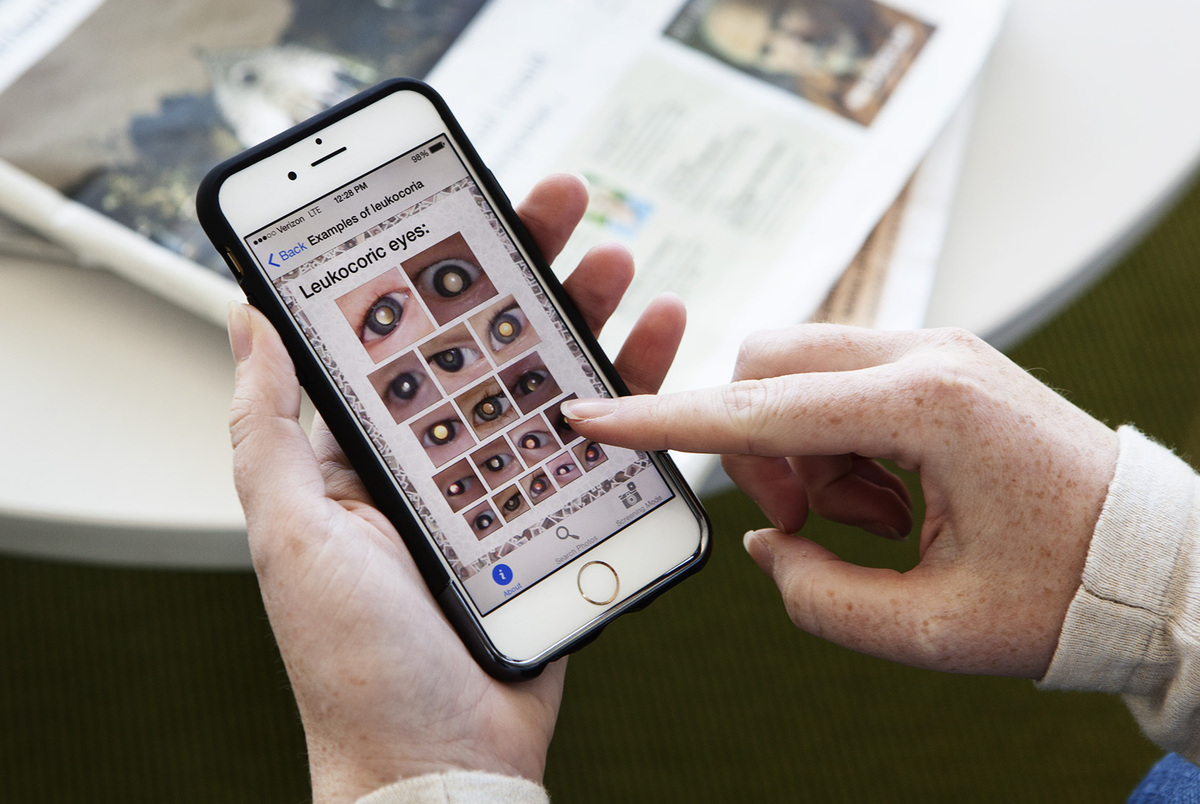 Examples of what the iPhone app looks for: The white reflection from an otherwise dark pupil can indicate a tumor, a cataract or other eye problems.

There's now free software for your iPhone that lets you check for early signs of certain eye diseases.

The idea for the app comes from a Baylor University chemist named Bryan Shaw. We introduced you to Shaw late last year.

Shaw's son Noah was born with a rare form of eye cancer known as retinoblastoma. Shaw saw signs of his son's cancer when the baby was just 12 days old; there was a white reflection coming from Noah's eyes in flash pictures taken with the family's digital camera. The flash was reflecting off tumors at the back of Noah's eyes.

"If I would have had some software telling me, 'Hey, go get this checked out,' that would have sped up my son's diagnosis and the tumors would have been just a little bit smaller when we got to them," says Shaw. "There might have been fewer." And maybe doctors wouldn't have had to remove Noah's right eye to prevent the cancer from spreading.

"Machine learning is about training the computer to do things by example," Hamerly explains. (White reflections from the eye's pupil, called leukocoria, can also be indicative of a cataract, an infection or other disorder.)

Think about places that have no doctor. It's no substitute for a doctor, but is it better than nothing? Well, yes.

The researchers also trained the computer to recognize what normal eyes look like. Finding pictures of normal eyes was much easier.

"We just go out and gather images on the Web that are public domain," Hamerly says, "and we can get thousands, millions of images of eyes."

They have now turned a version of their white-eye detection software into a free iPhone app.

When I caught up with Shaw last week at a conference, he pulled out his phone and showed me how the app works.

"The easiest thing to do is to search your photos for the white eye," he told me. "You just hit the button 'search photos,' and boom — it starts a search of all your photos on your device, and it'll let you know if it sees anything."

There's also something called screening mode: Shine the iPhone's light in someone's eyes, and the software will use the phone's camera to search for a white reflection.

Shaw knows it's critical that the software be as accurate as possible. If the app makes a mistake — suggesting a small child has white eye who really doesn't — that could needlessly freak out parents.

"That's what I would be worried about," says Jane Edmond, a pediatric ophthalmologist at Texas Children's Hospital in Houston who has not been involved in the project.

At this point, it's still not clear just how many mistakes the software will make. But if it can routinely get the diagnosis right, Edmond says, it could be a useful screening tool. She says the real value of the app may be in countries that have lots of cellphones but not a lot of hospitals or clinics.

"Think about places that have no doctor," she says. "It's no substitute for a doctor, but is it better than nothing? Well, yes."

Bryan Shaw is hoping the new app will be a lot better than nothing.