Accessibility links
Medicare Poised To Cover CT Scans To Screen For Lung Cancer : Shots - Health News To qualify for coverage, patients would have to first meet with a doctor to talk through the pros and cons of scans, which involve a low-dose of radiation. 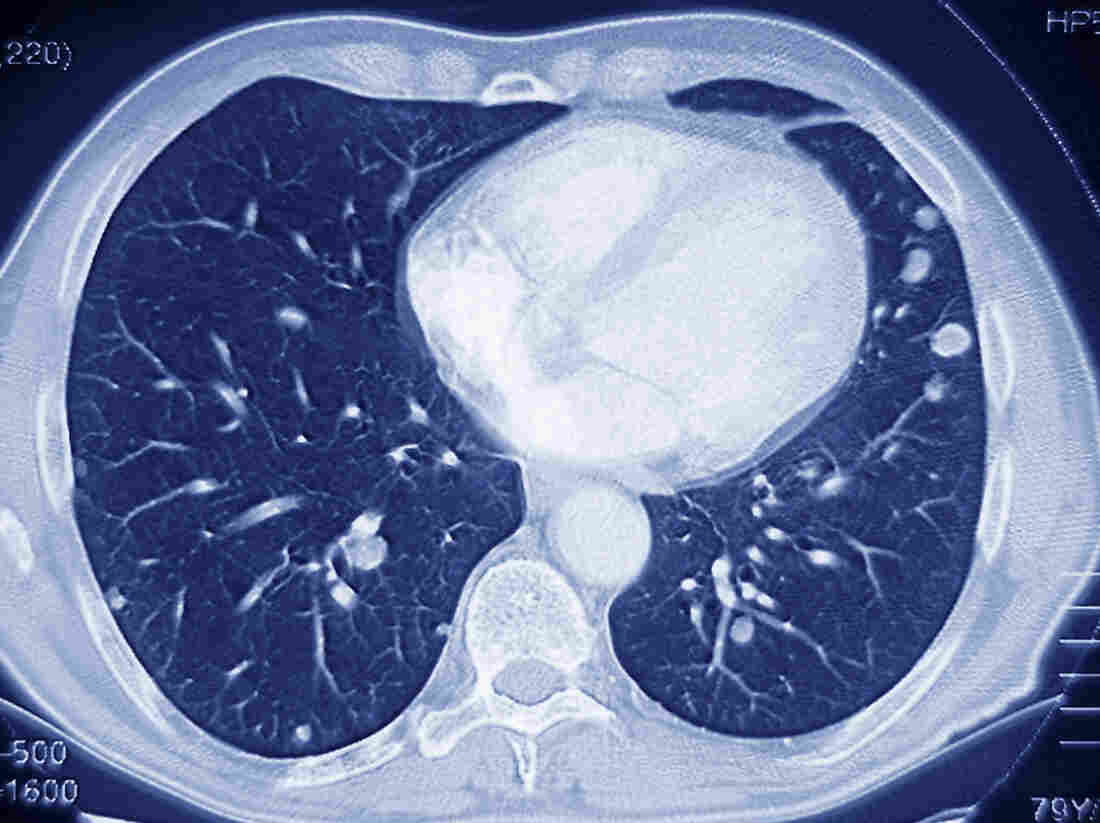 Advocates of computed tomography screening say it can catch cases of cancer in high-risk smokers before it spreads, as in this 79-year-old man. Cavallini James/BSIP/Corbis hide caption 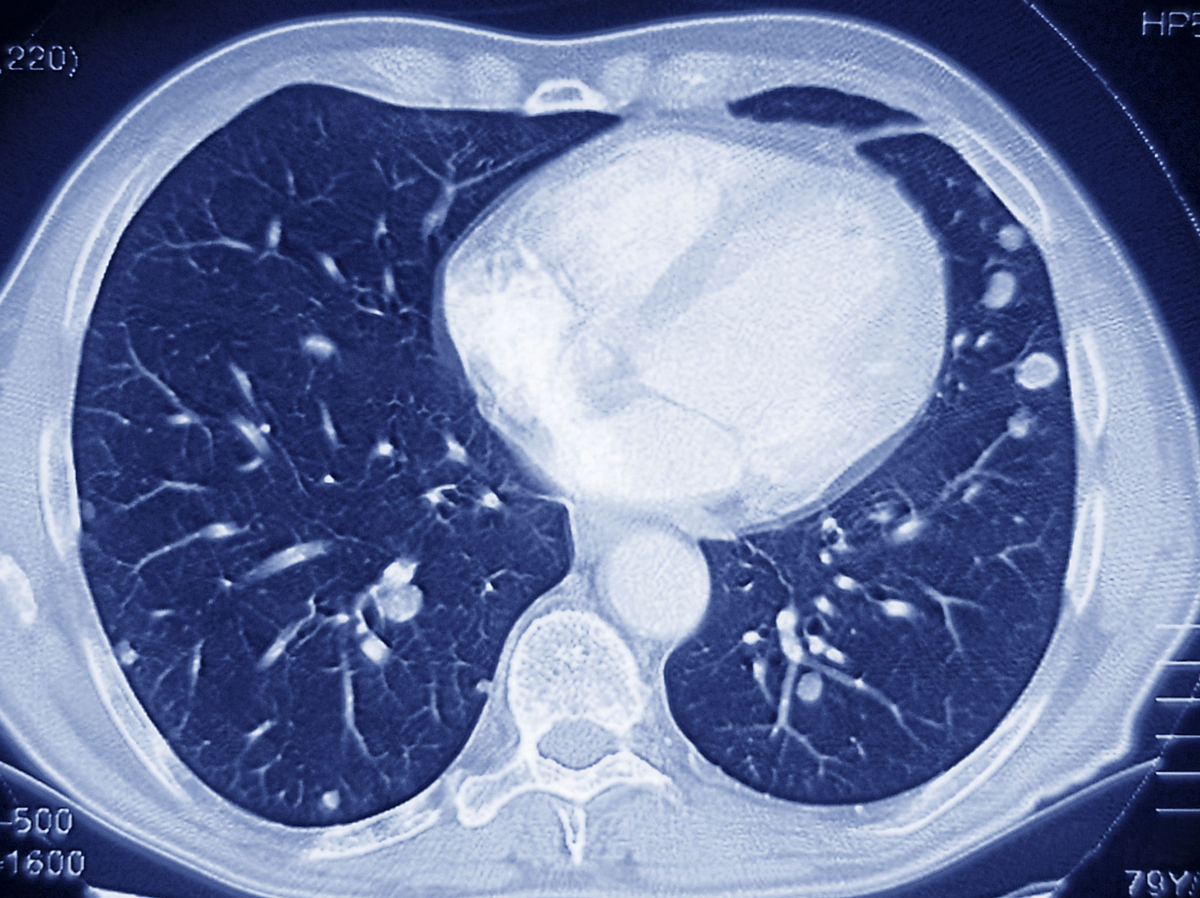 Advocates of computed tomography screening say it can catch cases of cancer in high-risk smokers before it spreads, as in this 79-year-old man.

The evidence has been piling up that properly done CT scans can help doctors find tiny lung tumors in longtime smokers while the cancer can still be treated effectively.

Now Medicare is proposing to pay for annual scans for beneficiaries at a high risk for lung cancer. To qualify, patients would have to first meet with a doctor to talk through the pros and cons of scans, which involve a low-dose of radiation.

Patients would have to be:

The clock started ticking Monday on a 30-day period for formal comments on the proposal. That's expected to be a prelude for a final payment decision in favor of the scans.

Lung cancer is the No. 1 cause of cancer deaths in the U.S. More than 159,000 Americans are expected to die from cancers of the lung and bronchus in 2014, according to a National Cancer Institute.

The Medicare proposal "likely means that thousands of Medicare beneficiaries will have access to this important and potentially life saving service," said Dr. Richard Wender in a statement on the American Cancer Society's news blog. "This would place Medicare policy in line with current guidelines and the recommendations of many interested advocacy and professional organizations, including the Society."

The influential U.S. Preventive Services Task Force, a frequent critic of health screening, said in December 2013 that its review of the evidence supported a recommendation for annual CT screening for people 55 to 80 years old who have a significant history of smoking. The USPSTF estimated that adoption of appropriate lung cancer screening could reduce lung cancer deaths by about 20,000 a year.

But even advocates acknowledge that screening is imperfect. Dr. Peter Bach, of Memorial Sloan-Kettering Cancer Center in New York, was one of the people who formally asked Medicare to cover CT screening for lung cancer. In his request, he wrote about the balance of benefit and harm at stake:

Cancer screening tests necessarily involve tradeoffs. Numerous individuals who will never suffer from the condition being screened for are subjected to the test and many have findings on the test that lead to follow-up evaluations which carry risks and costs. Yet a few individuals who undergo effective screening tests benefit due to the early detection of a condition that can have its outcome altered through early intervention.

A cautionary note came from an analysis of a national study of CT screening for lung cancer that suggested 18 percent of the cancers detected might be indolent, or slow-growing and not immediately risky. "Overdiagnosis should be considered when describing the risks of [low-dose computed tomography] screening for lung cancer," the authors wrote in JAMA Internal Medicine in February.

Still, an analysis funded by a medical imaging trade group and published in the journal American Health & Drug Benefits in August concluded that CT screening for lung cancer is cost-effective. About 4.9 million people with Medicare coverage would meet the criteria for screening. The average annual cost of Medicare screening was estimated at $241 for each person screened.