Accessibility links
Why The ER Doctor Asks Patients What's Happening At Home : Shots - Health News Some people would argue that the emergency room isn't the right place to deal with patients' personal problems. But the ills that lead people to seek care are often tied to their challenging lives. 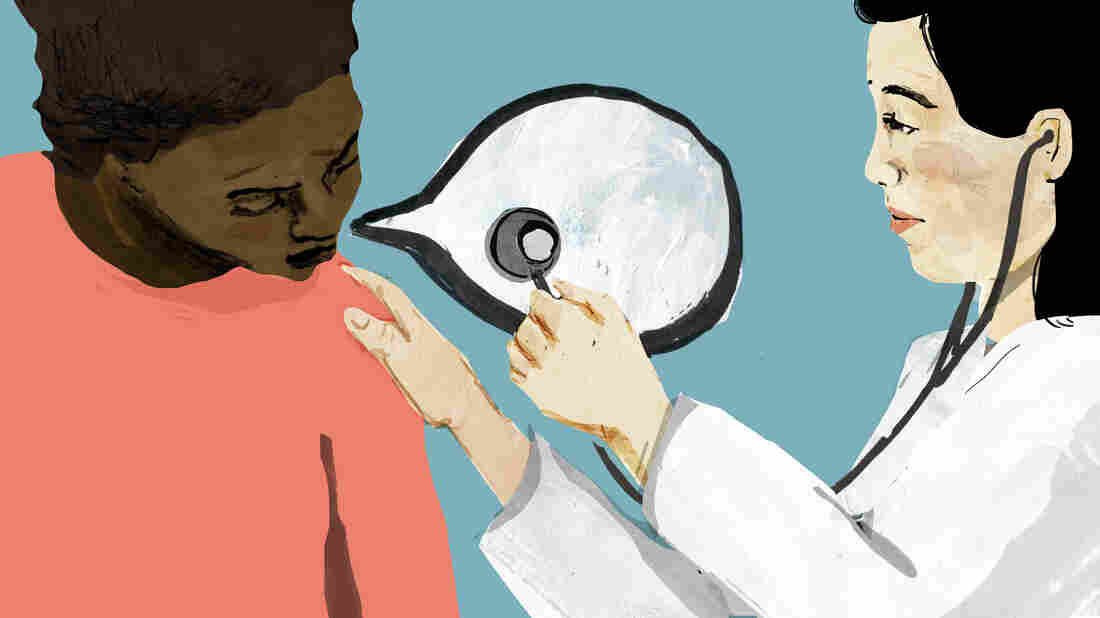 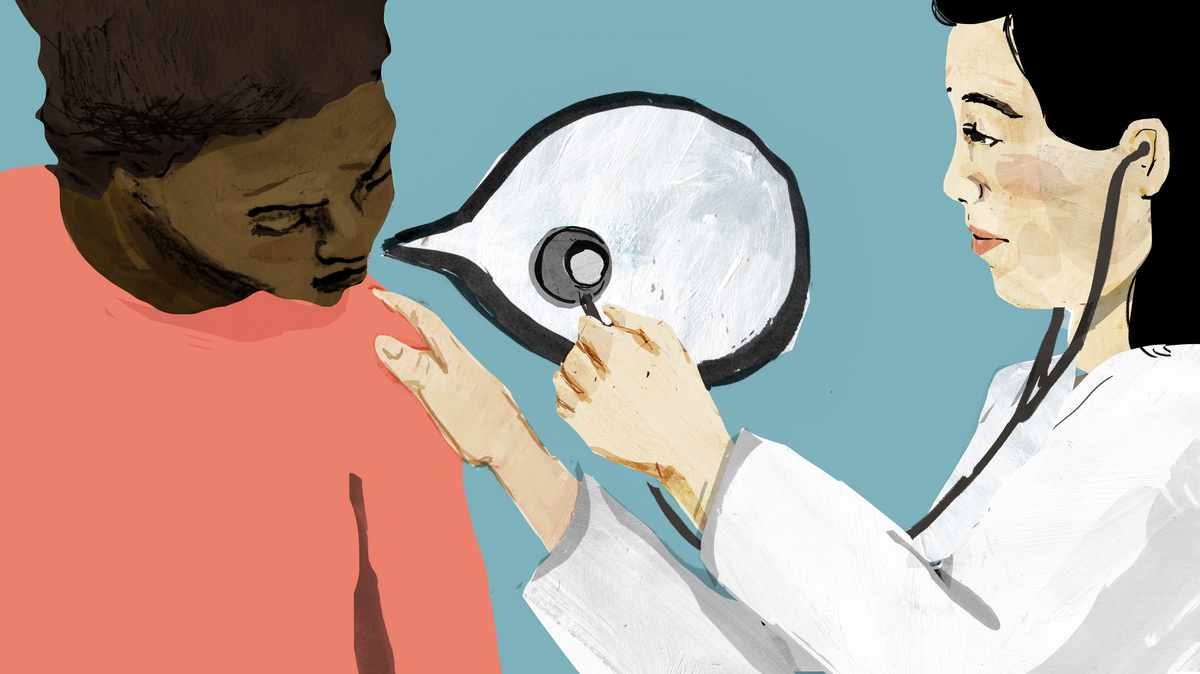 When people hear that I'm an emergency physician, they often ask, "What's the craziest thing you've ever seen?"

TV shows frequently show ER doctors and nurses heroically saving people on the verge of death. Then there are news reports about people abusing the health care system by seeking emergency care for minor problems that could be better handled in a doctor's office.

I see those things. But the extremes don't paint a full picture of the urban ER that is the center of my working life. So allow me to introduce you to some of the people I saw in the ER on a recent day.

A middle-aged woman complains about stomach pain. She tells me that she has had pain for years. We talk about why she's there that day, and she starts crying. She lost her job, and she's estranged from her teenage son. Her sister died the month before. I ask her about weapons at home. She tells me she's thinking about killing herself with her husband's gun.

An 18-year-old woman brings in her 10-year-old brother, who is coughing and wheezing. While she goes out for a cigarette, he tells me that everyone at home — three cousins, an aunt, his mom and the sister — all smoke. They live on a busy road, next to an interstate. He opens his backpack to show me empty pill bottles and expired asthma inhalers. I also see his lunch: half a package of Twizzlers, two bags of chips and a large soda.

Paramedics wheel in a 67-year-old man covered in sweat. His blood pressure and pulse rate are sky-high. His wife, the doctors and the nurses are all worried about a heart attack. But an electrocardiogram, chest X-ray and lab tests turn out to be normal. I ask him about drug and alcohol use. He tells me he's a daily drinker and uses narcotic painkillers to help him relax. He'd been trying to quit. He's not having a heart attack. He's in withdrawal.

Two trauma patients arrive next. First, there's an 80-year-old woman whose neighbors called the police after she hadn't been seen for days. They found her on the floor of her bathroom mumbling and lying in her own feces. She's emaciated, covered in bedsores, has four fractured ribs and a broken hip. I ask the paramedics about her family. They are nowhere to be found.

Then, there is a 19-year-old man who has been shot in the chest and abdomen. We stabilize him and get him to the operating room where the surgeons are able to stop his hemorrhage and repair his wounds.This is his third ER visit this year. The first time, he had been stabbed in the arm and received stitches. The second time, he had punched a wall and broke his right hand. There's nothing in his record about his home environment. I wonder what his life is like and whether we'll see him again with another injury.

I see two young women, both in their 30s, like me. One is unconscious, and we rush her to the CT scanner, where she's found to have bleeding in her brain. Her mother says that she's had a bad headache for a week, but didn't want to come in earlier because she was afraid of losing her two part-time jobs. The other woman sprained her ankle. She looks fine. But she shakes her head when I ask if she has been taking the HIV medicine that the medical records tell me she has been prescribed. Her boyfriend took all her money, she tells me. She's hungry and says she would be grateful if we could get her a sandwich.

Some would argue that the ER isn't the right place to deal with people's personal problems. But even now, many of our patients don't see another doctor. These ER visits give us a chance to help them regain their health and also put them on the way toward addressing the underlying issues that affect their well-being.

Sometime we're able to connect patients with people who can help them find safe housing, affordable medications and nutritious food. Often we're able to identify those at risk for abuse and self-harm.

But there are limits to what we can do. I wish we had good tools to interrupt the cycle of violence, curb the epidemic of prescription drug abuse and ensure equitable access to care.

If you could spend a day in the ER hearing patients like I do, I think you'd see in a way that you might not have before that health doesn't exist in a vacuum.

Doctors and nurses need to understand where our patients live, work and play. We need to connect with and really listen to our patients. It's these deeply personal conversations that allow us to diagnose and treat the real causes of our patients' ills.

Wen is an attending physician and director of patient-centered care research in the Department of Emergency Medicine at George Washington University. She is the author of "When Doctors Don't Listen: How to Avoid Misdiagnoses and Unnecessary Care," and founder of Who's My Doctor, a project to encourage transparency in medicine. On Twitter: DrLeanaWen