Accessibility links
What Microbes Lurked In The Last Public Restroom You Used? : Shots - Health News A census of bacteria and viruses on the floors, toilets and soap dispensers of several bathrooms on a college campus turned up around 77,000 different types of organisms. Oh, joy.

What Microbes Lurked In The Last Public Restroom You Used?

What Microbes Lurked In The Last Public Restroom You Used? 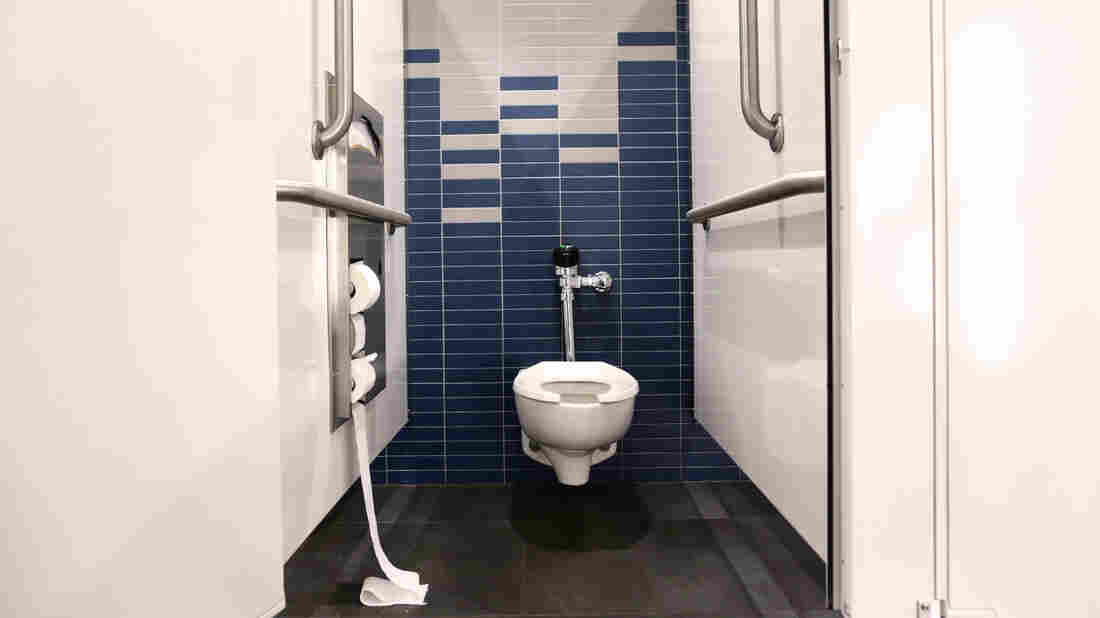 Even cleaning a bathroom daily didn't much affect the make-up of the community of microbes living there, scientists say. Claire Eggers/NPR hide caption 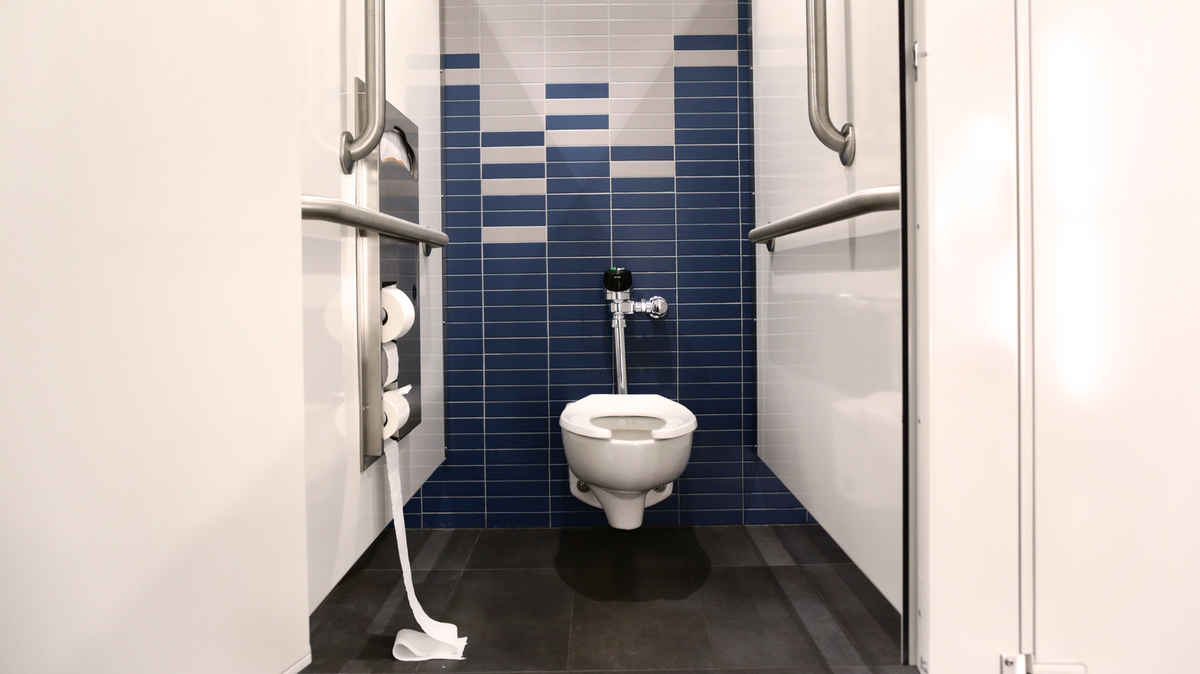 Even cleaning a bathroom daily didn't much affect the make-up of the community of microbes living there, scientists say.

The invisible world of the bathroom isn't pretty — unless you're a microbe. After scanning the microbial zoo of four public restrooms recently, a team of researchers found a diverse swarm of characters that persisted for months despite regular cleaning of the facilities.

The goal of the study, published in the December issue of Applied and Environmental Microbiology, was to better understand how communities of bacteria and viruses can shift in these very public places across a couple of months.

To get their down-and-dirty readings, the researchers selected four bathrooms at San Diego State University (in the North Life Sciences building, in case you're in the neighborhood, and want to plan accordingly).

All human environments contain pathogens — your bedroom, the phone you're talking on, even the bugs inside of you could turn pathogenic at any time. But we desperately need them in our lives.

They checked two women's restrooms and two men's restrooms (a high-traffic and a low-traffic bathroom for each gender). The bathrooms were thoroughly cleaned at the study's start with bleach solution, which killed any existing germ communities.

Then, during the following hours, days, weeks and months of human use, the researchers periodically swabbed soap dispensers, floors and toilet seats in all four restrooms for microbe samples. Because some microscopic organisms won't grow in petri dishes (especially those evolved for life in the human gut), the researchers used genetic sequencing technology to get a more comprehensive roll call.

Within one hour of sterilization, the bathrooms were completely recolonized with microbes — just as plants rapidly arrive and populate a newly emerged island. Fecal bacteria dominated, including on toilet seats and on soap dispensers — about 45 percent of the bacteria there were of fecal origin.

How Bacteria In The Gut Help Fight Off Viruses

In all, the scientists found genetic traces of more than 77,000 distinct types of bacteria and viruses. (At least some of those species were likely dead or dormant, the scientists add; genetic testing detects them all, whatever their status.)

Patterns of regrowth and succession, as some species waned and others replaced them, were surprisingly similar from bathroom to bathroom; within just five hours the population mix in each room stabilized.

When the team tried growing cultures from different surfaces in each room, they found one set of live bacteria in overwhelming abundance: Staphylococcus.

"They are true survivors," says Jack Gilbert, a microbial ecologist at Argonne National Laboratory, and coauthor of the new study. Even after some of the bathrooms were closed, these human-generated communities of microbes continued to thrive.

Staph's persistence in these studies points to its power as a potential pathogen, Gilbert says. Various versions are common on human skin and inside the nose and other orifices; they generally cause no problems, or trigger only minor skin infections. But staph infections can be serious, or even kill, if the bacteria get into bloodstream, joints, bones, lungs or heart. And one version of S. aureus bacteria that is resistant to common antibiotics — MRSA -- can be very dangerous.

Gilbert notes that none of the live Staph strains detected in the San Diego bathrooms showed signs of being antibiotic resistant. They were instead relatively harmless "skin bugs that happened to have lost their skin," he says. The team did find genes from MRSA hiding on the floor, as well as traces of some troublemaker viruses, including HPV and herpes virus.

Interestingly, although restrooms that were left open for use for up to two months were cleaned regularly with soap and water, the communities of microbes found there remained relatively unchanged for the full eight weeks of the study.

No need to be scared or grossed out by that finding, Gilbert says. He actually finds it a little reassuring. You just have to think about it in ecological terms.

"All human environments contain pathogens — your bedroom, the phone you're talking on, even the bugs inside of you could turn pathogenic at any time," Gilbert tells Shots. "But we desperately need them in our lives."

Having a healthy community of good — or even just neutral — microbes can crowd out the bad ones. As we've learned from using broad-spectrum antibiotics in the human body, "sterilization is not necessarily good," he says. "Bacteria come back right away, and they might come back perturbed. Maybe a restroom is an ideal place to put in a rich, ideal ecosystem."

Does that mean probiotic cleaning products for your bathroom? Companies are already working on that, Gilbert says.

In the meantime, his take-away from the findings: "It's good to have good hygiene. Don't lick the bathroom floor."