Accessibility links
Merck Partners With NewLink To Speed Up Work On Ebola Vaccine : Shots - Health News The experimental NewLink vaccine is based on a harmless virus that has been genetically engineered to incorporate bits of the Ebola virus. Testing of the vaccine has begun in healthy volunteers. 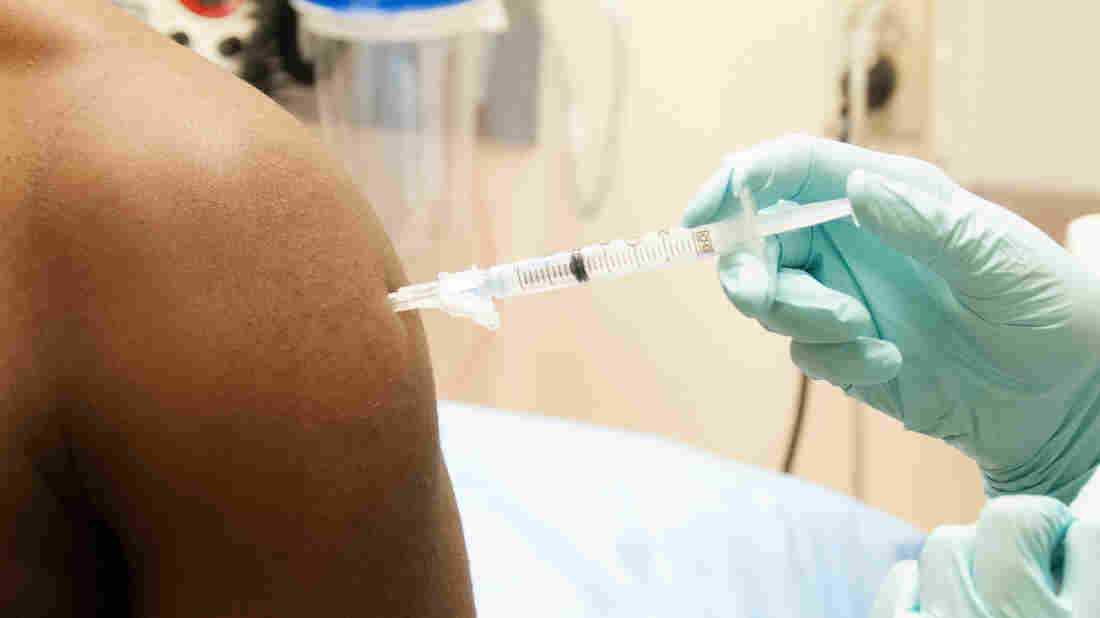 A 26-year-old man receives an injection in September of an experimental Ebola vaccine being tested by the National Institute of Allergy and Infectious Diseases and GlaxoSmithKline. NIAID hide caption 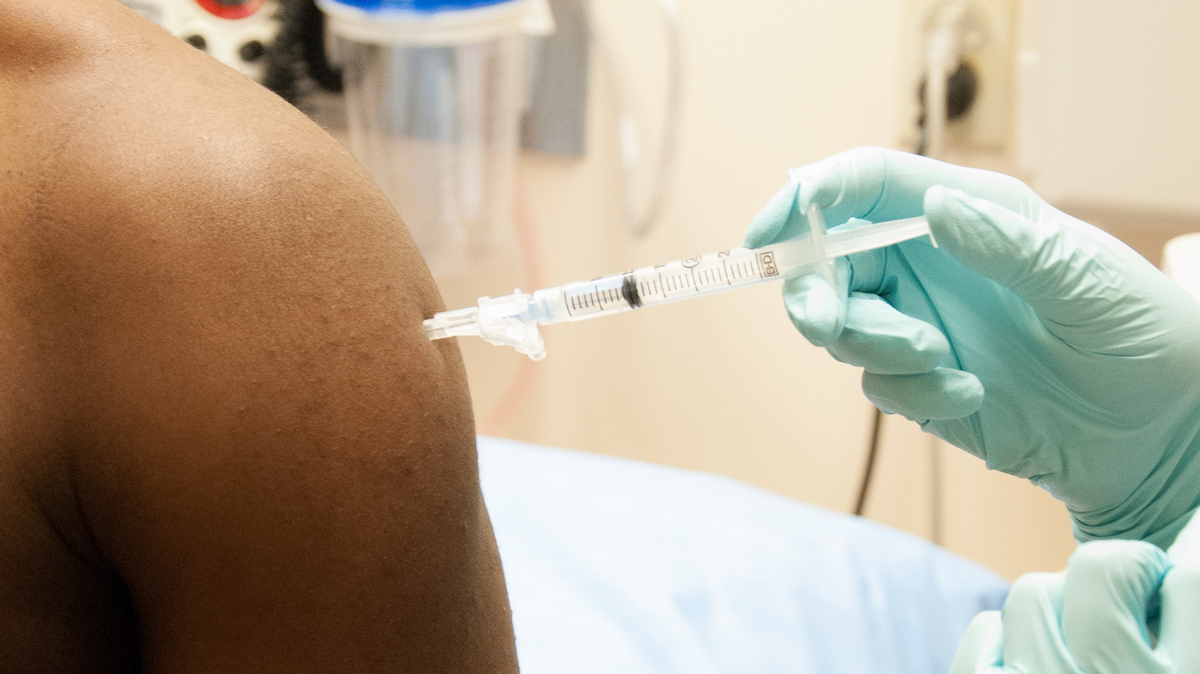 A 26-year-old man receives an injection in September of an experimental Ebola vaccine being tested by the National Institute of Allergy and Infectious Diseases and GlaxoSmithKline.

It's now Goliath versus Goliath in the quest for an Ebola vaccine.

Until now, the two leading candidates for a vaccine to protect against the Ebola virus were being led by global pharmaceutical giant GlaxoSmithKline on the one hand, and a tiny company in Ames, Iowa, that was virtually unknown, on the other.

Today, the David in that scenario, NewLink Genetics, said it has made a deal with drugmaker Merck, to research, develop, manufacture and distribute the experimental Ebola vaccine. That move will put the two leading Ebola vaccine programs on more equal footing.

The NewLink vaccine is a based on a harmless virus that has been genetically engineered to incorporate bits of the Ebola virus. The Canadian government developed the vaccine and then licensed it to this small biotech company. The U.S. Defense Department has provided development funding to NewLink.

Still, NewLink has struggled to keep pace with the vaccine being developed by GlaxoSmithKline. (Johnson & Johnson also has an experimental Ebola vaccine in the works, but that effort is lagging the others).

"Merck's vaccine development expertise, commercial leadership and history of successful strategic alliances make it an ideal partner to expedite the development of [the experimental vaccine] and, if demonstrated to be efficacious and well-tolerated, to make it available to individuals and communities at risk of Ebola virus infection around the world," said NewLink CEO Charles Link, in a statement.

Both of these vaccines are being given to a handful of volunteers in the US, Europe and Africa, to see whether they are safe. The World Health Organization hopes that the vaccines will be ready early next year to be tested in people who are at high risk of contracting Ebola, such as healthcare workers in West Africa.

Health officials say an effective vaccine could help slow the spread of Ebola, but they say the epidemic will only end through old-fashioned public health measures: identifying and isolating everyone who is infected with the virus.