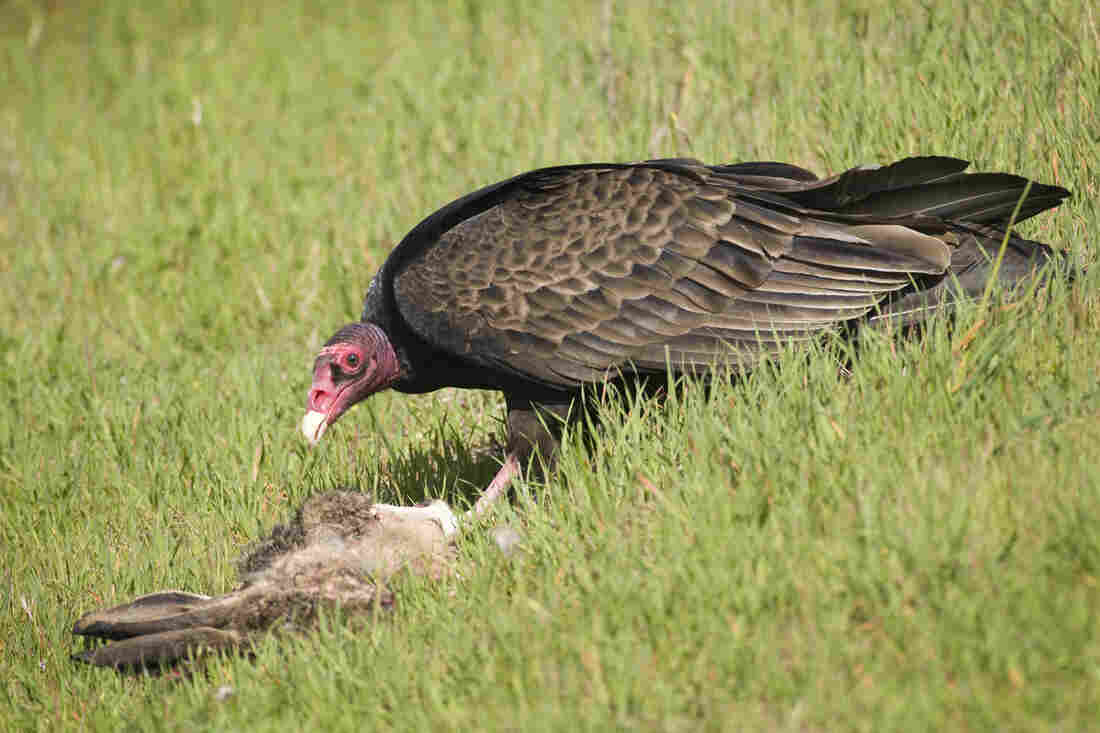 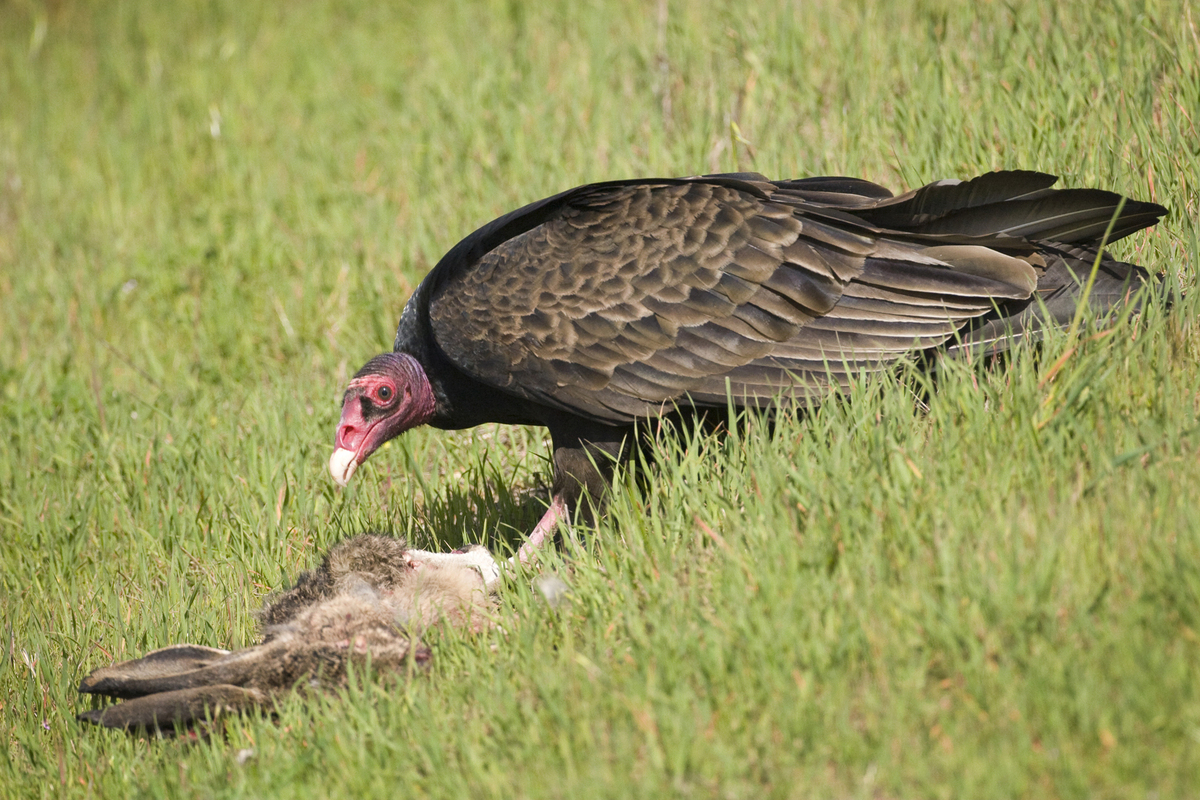 You might wonder why 48 million Americans get food poisoning every year, yet there are some animals that seem to be immune from even the nastiest germs.

We're talking here about vultures, which feast on rotting flesh that is chockablock with bacteria that would be deadly to human beings. In fact, vultures have a strong preference for that kind of food.

"The real question is how can they actually stand eating things like this," says Lars H. Hansen, a professor of molecular microbial ecology at Aarhus University in Denmark.

Hansen started chewing over this question in a conversation with colleagues who study bacteria that form ecosystems within animal intestines. Maybe, they thought, vultures have some helpful bacteria in their guts to help them tolerate these otherwise deadly germs.

They turned to Michael Roggenbuck at the University of Copenhagen because he studies communities of intestinal bacteria.

"When Lars told me about this study I was very, very interested in that one," Roggenbuck tells NPR. "I thought, wow, a vulture! That would be very exciting."

Roggenbuck was working on his Ph.D. at the time. He set to work examining the guts of 50 turkey vultures and black vultures that had been trapped and killed near Nashville.

He expected to see a huge variety of bacteria in the gut, as you'd find inside human intestines. Instead, he found an ecosystem dominated by two species of bacteria, both well-known poisons: fusobacteria, which can cause blood infections; and Clostridium, which produces deadly botulism toxins.

So why didn't the vultures get sick from a gut full of nasty germs? "There are several possibilities," Roggenbuck says.

They could have developed immunity to these toxins as they evolved to eat their everyday diet. Also, other disease-causing germs are likely killed in the stomach, before they even get into the intestine, Hansen suggests. He says vulture stomach acid is 10 to 100 times stronger than human stomach acid, "so it seems like the stomach itself is a very harsh environment."

"Another hypothesis could be that they're actually using the bacteria in the stomach as some sort of probiotics," Hansen says. By having a gut full of a few tolerable species of bacteria, it's possible that those would crowd out other deadly microbes.

Hansen, Roggenbuck and their colleagues published their results Tuesday in the journal Nature Communications.

Hansen is looking for larger lessons from this trip into the secret lives of vultures.

"I think it's mind-boggling that organisms that are perceived as very bad for you seem to be very useful for other biological creatures, such as the vultures," he says. "So I think that's amazing."

"They're very hardy beasts, I would say so," Rocke says. "But given that, they've also suffered their share of mortality."

Vultures can be poisoned, for example, by lead, or by ibuprofenlike drugs given to cattle in Asia. Curiously, those drugs, while deadly to vultures, are safe for human consumption.