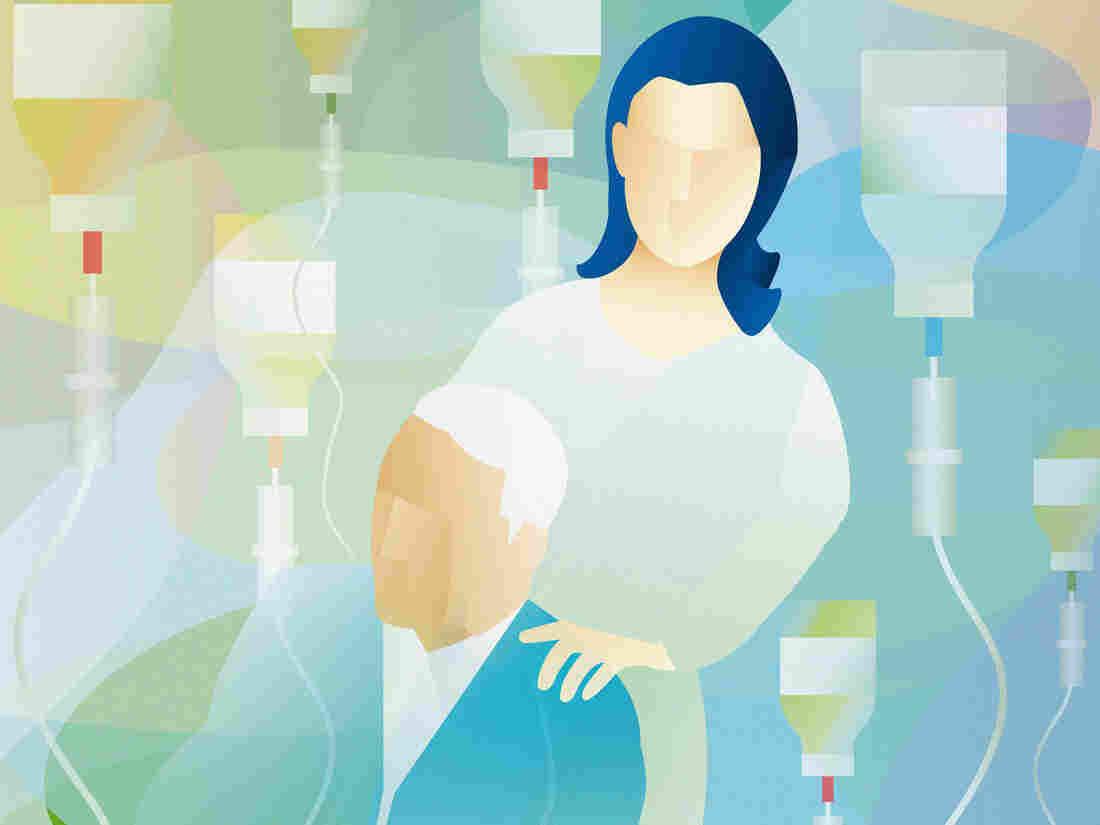 Advocates for patient safety have had to confront the reality that steps taken to improve the quality of health care can also present opportunities for corruption and conflict of interest. Pascal Fossier/Ikon Images/Corbis hide caption 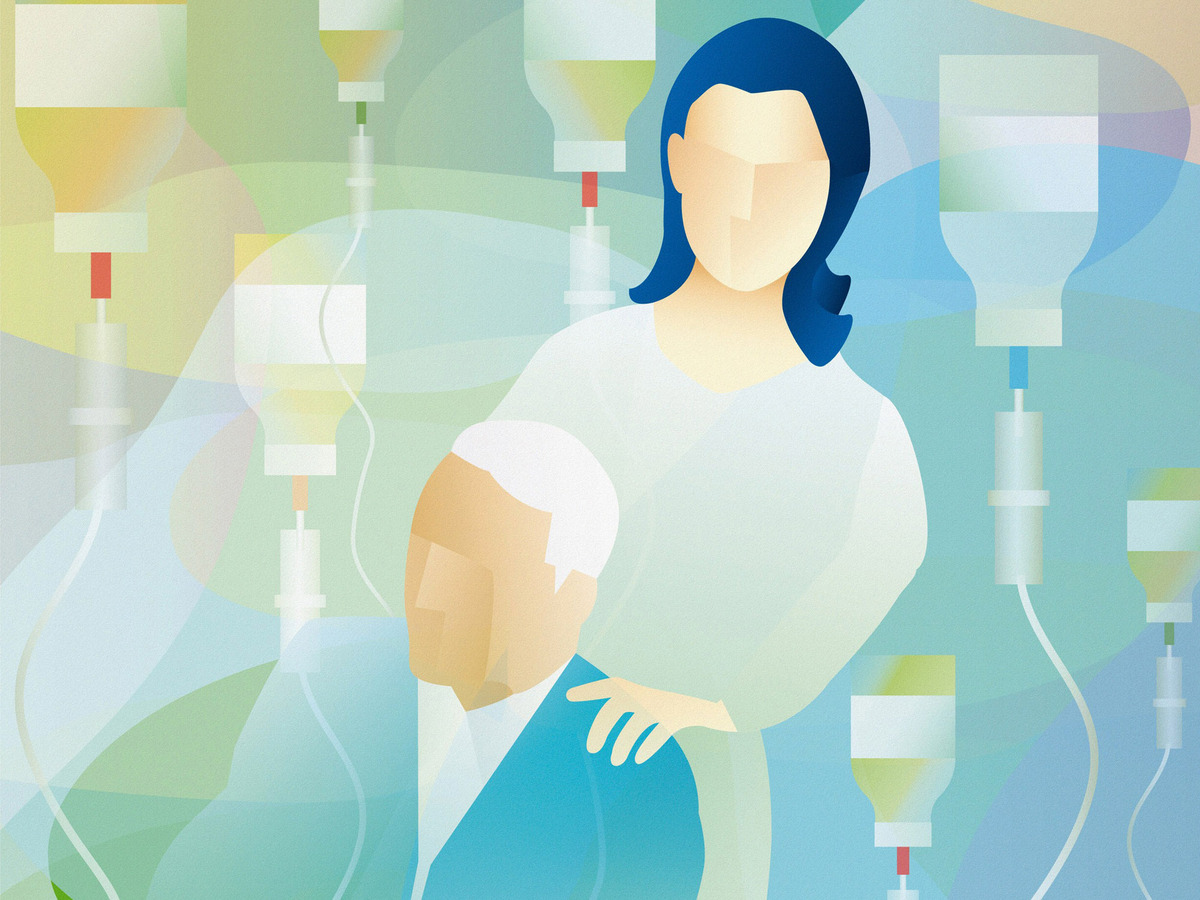 Advocates for patient safety have had to confront the reality that steps taken to improve the quality of health care can also present opportunities for corruption and conflict of interest.

The aftershocks of what some have called the patient safety movement's first scandal continue to reverberate in the medical community, most recently in the current issue of the Journal of Patient Safety.

The journal's editorial team reviewed 10 articles by Dr. Chuck Denham, the publication's previous editor, and said nine had potential conflicts of interest, five of them undisclosed. Though it's unlikely the articles resulted in patient harm, the editorial said, they may have hurt the journal's credibility.

The review is the latest turn in a rapid fall from grace for Denham, whose business dealings and patient advocacy came under scrutiny this year after a Justice Department kickback settlement.

A year ago, Denham was a golden figure in the burgeoning patient safety movement, a smooth-talking advocate who brought Hollywood pizzazz to the cause with his connection to actor Dennis Quaid and commitment to filmmaking.

Medical Company May Be Falling Short Of Its Patient Safety Ideals

As ProPublica reported, Denham also served in other prominent patient safety posts — most notably as co-chairman of a committee that set guidelines for the National Quality Forum, a nonprofit group that endorses best practices that are widely adopted throughout the healthcare community.

He ran a nonprofit patient safety organization and a for-profit consulting business, but Denham wasn't a practicing physician and didn't have strong academic credentials.

The scandal started when the Justice Department accused Denham of taking $11.6 million in kickbacks from CareFusion, a pharmaceutical company that makes the surgical antiseptic ChloraPrep. Denham wasn't a defendant in the civil case, which the company settled for $40 million. But prosecutors claimed he was paid to influence recommendations of the Quality Forum in favor of the drug.

Denham has denied the allegations. He didn't return a call for comment about this story.

On Jan. 28, ProPublica reported that Denham hadn't disclosed that his for-profit company had been paid by CareFusion while he led the Quality Forum's Safe Practices committee and advocated for ChloraPrep's formulation. The Quality Forum ended up endorsing the formulation, excluding other antiseptics, in its guidelines. Other experts on the panel told ProPublica that hadn't been their intent.

The Quality Forum cut its ties with Denham, as did the Journal of Patient Safety.

A new editorial board was appointed in Denham's wake. The editors wrote in their review that they were surprised when Denham was named editor in February 2011. They hadn't been consulted, there was no formal search process and Denham had previously published only 17 academic articles.

A spokeswoman for Wolters Kluwer Health, the company that publishes the Journal of Patient Safety, told ProPublica that Denham was appointed because he was a prominent member of the editorial board who had been recommended by the previous editor.

The Denham articles that editors reviewed included no direct references to ChloraPrep. But the articles contained numerous references to the Quality Forum's Safe Practices guidelines. That was a potential conflict of interest given that the company that could have benefitted from Denham's control of the guidelines, the editors concluded.

"This is a clear violation of the standards of the Journal," the editors wrote.

Dr. Albert Wu, an associate editor with the journal and a professor in the Johns Hopkins Bloomberg School of Public Health, said it was clear when Denham's ties to CareFusion became public that a review of his published work would be necessary.

Wu said the Denham controversy has helped the patient safety movement grow up by showing that the world of quality improvement presents opportunities for industry to corrupt medical practice.

People are becoming as wary and aware of the influence of money on patient safety as they have been in the world of medical devices and pharmaceuticals, he said.

"We're now much more aware that we need to be more vigilant," Wu said.

The Journal of Patient Safety launched in 2005 and hadn't adopted some of the conflict-of-interest standards of the International Council of Medical Journal Editors. Now conflict-of-interest forms will be published with articles, and editors will publish disclosure statements and recuse themselves from decisions where they have conflicts.

The new editors should be commended for airing their dirty laundry because the openness will build trust, said Eric Campbell, a professor of medicine at Harvard Medical School.

"The reputation of a journal is all it has," said Campbell, a sociologist who studies conflicts of interest.

Campbell said the controversy opened the eyes of many in the patient safety field to the notion that money could corrupt, "even something as awesome and great for society as patient safety."

Have you or a loved one been harmed while undergoing medical care? ProPublica wants to hear your story. Please complete the ProPublica Patient Harm Questionnaire.